Alka Bhatia, actor Akshay Kumar’s pretty sister is tying the knot. Since the last few years, Alka and construction magnate Surendra Hiranandani (of Hiranandani Builders) have been in a relationship, but Alka known to be very publicity shy, has been rarely seen and photographed with her beau. Earlier this year, they announced their togetherness at Surendra’s father- the renowned ENT Surgeon Dr LH Hiranandani’s 94th birthday celebration in Juhu.

This is the second marriage for both Alka and Surendra; the marriage celebrations commence on 21st December with a party at Twinkle and Akshay’s bunglow, the wedding is at a Gurudwara and on 23rd the newly-weds host a brunch at JW Marriott, Juhu. 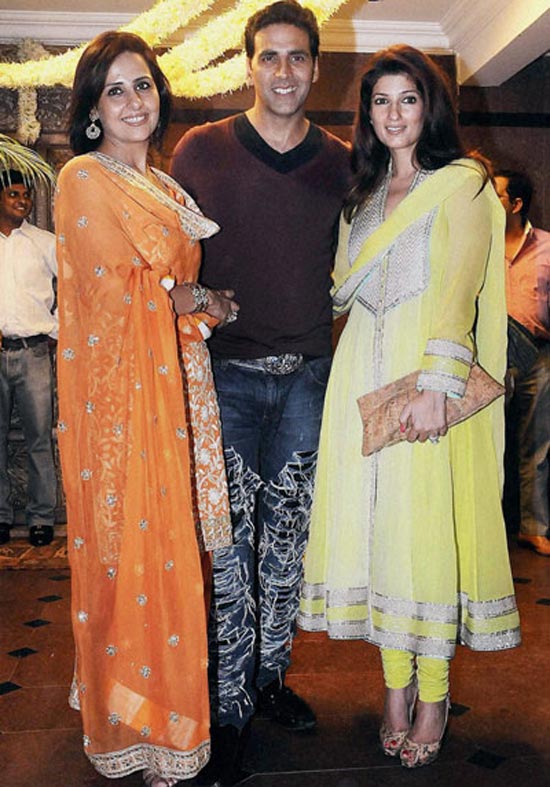 This entry was posted on Tuesday, December 4th, 2012 at 7:51:47 am and is filed under Celebrity News. You can follow any responses to this entry through the RSS 2.0 feed. Both comments and pings are currently closed.