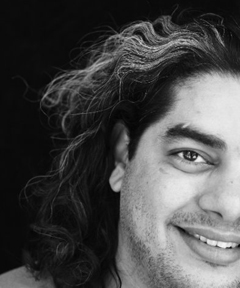 Filmmaker Shaad Ali of ‘Saathiya’ and ‘Bunty Aur Babli’ fame is tying the knot. He is marrying Stylist Aarti Patkar and the celebrations are at different beautiful homes next week- a friends bungalow in Khandala, Aarti’s heritage home in Bandra and Shaad’s terrace apartment in Juhu.

Shaad’s mother Subhashni Ali is a well-known women’s activist and former MP. His father is the eminent filmmaker-designer Muzaffar Ali from Kotwara. Shaad was earlier married to his childhood sweetheart Shazmeen, their stylish wedding took place in Lucknow in 2006. Aarti has always lived in Mumbai, with her parents in the colonial style bungalow at Turner Road built by her great-grandfather in the late 1920s. The family is from a Goa village called Pat, hence the family name Patkar.

This entry was posted on Friday, December 28th, 2012 at 3:30:12 am and is filed under Celebrity News. You can follow any responses to this entry through the RSS 2.0 feed. Both comments and pings are currently closed.