When ‘Up in the Air’ young women married Hi-Flying Businessmen

For many years an Airhostess career was most aspirational for beautiful, confident young women in India; a glamorous profession that gave them the opportunity to travel around the world and meet their future life partners. In the 60s, Air hostesses’ Parmeshwar Godrej, Maureen Wadia and Sunita Garware married leading industrialists; Later, biscuit baron Rajan Pillai married Taj receptionist turned Airhostess Nina. Vijay Mallya met his first wife Sameera, an Airhostess on-board an Air India flight. Well-travelled, exposed to life in foreign shores, stylish and articulate, air hostesses fit into the “rich wife” role perfectly. And many young women aspired to work as an Air hostess with Air India. Fast forward to 2000 and later; the emergence of several airlines, affordable air travel and mushrooming of Air Hostess academies, has meant many more women are opting for a lucrative flying career to serve the increasing number of air travellers; except that it’s no more an aspirational choice.  Writer Vir Sanghvi commented in one of his columns: “I can’t really see any of today’s hostesses marrying into a Wadia or Godrej family. Let’s put it this way: It isn’t that we look down on Airhostesses. It’s more that we’ve stopped looking up to them.” 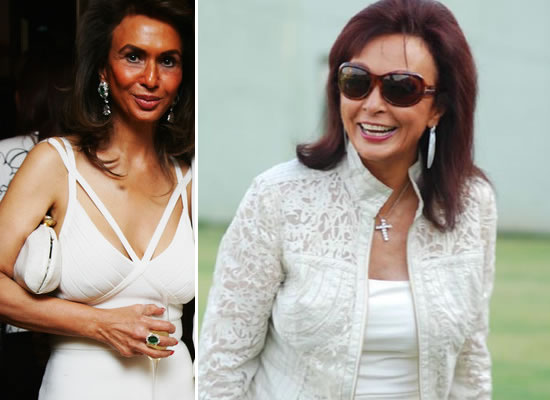 This entry was posted on Wednesday, February 24th, 2010 at 11:07:30 pm and is filed under Wedding Planning. You can follow any responses to this entry through the RSS 2.0 feed. Both comments and pings are currently closed.