From being a stock trader to investing his talent, time and training in capturing candid emotions beautifully at weddings, Anand Rathi, founder of Reels and Frames, has come a long way. Today, he is one of the most sought after celebrity wedding photographers in India with an A-list clientele that includes some of the biggest industrialists and the hottest Bollywood stars. The multi-awarded lensman and his team captured the haute and homely #Sonand nuptials of Sonam Kapoor and Anand Ahuja in Mumbai which catapulted them into the spotlight. More recently, Reels and Frames shot the exclusive Akash Ambani and Shloka Mehta’s #AkuStoleTheShlo extravaganza also held in Mumbai.

Wedding photographers have a ringside view of everything that goes down at a wedding, and we wanted to know all the details of the majestic and magical Ambani-Mehta celebrations that created a sensation on social media. Talking exclusively to WeddingSutra, Anand shares some interesting highlights from #AkuStoleTheShlo festivities and his vision for the future of Reels and Frames. 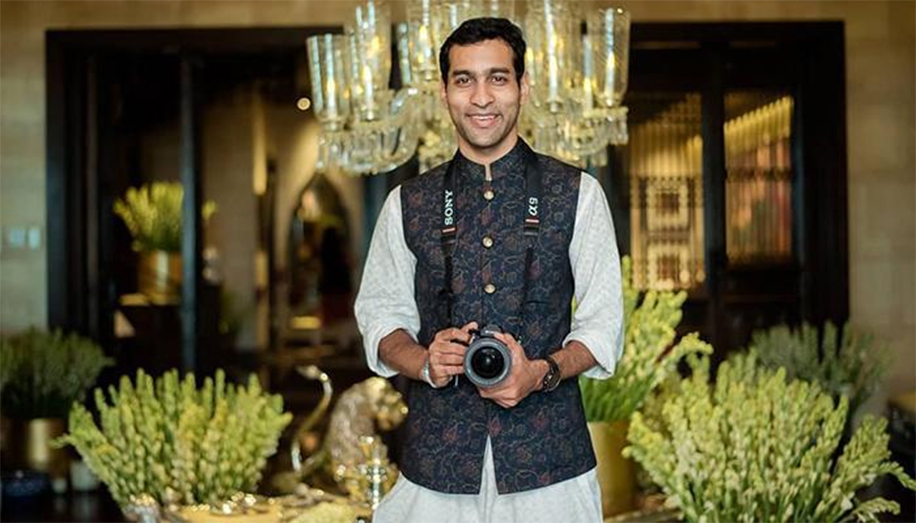 What was it like to shoot the Ambani-Mehta nuptials which is being seen by some as the ‘Wedding of the Decade?’
“Surreal is the word! It was quite fulfilling as an artist primarily because it was a well-organized event with one too many emotional moments involved. The directives provided to the teams working on-field helped avoid any confusion, and at the same time, it allowed a sense sanctity to surround the event. As photographers, we didn’t have to hop around from place to place. We were placed at one position, capturing all the moments and that was possibly an added advantage. The design and the pre-production teams did a fabulous job too.”

An A-list wedding like the Ambani-Mehta comes with its own set of protocols. How did you and your team work around or accomodate the guidelines?
“A certain decorum was maintained at Akash and Shloka’s wedding celebrations, and guidelines and protocols were followed with dedicated spots assigned to photographers. A dress code too was adhered to which helped guests recognize who the photographers were. For all the equipment, designated production areas were allotted which helped us keep unnecessary things away from the main site, thus allowing the function to proceed quite smoothly. There
were also media pits organized where one could stand to get a great view, capture all the details and not be a hindrance to the guests. A person from the team was also assigned to complete specific tasks like shadowing Shloka or Akash to not have any duplication of work. Then there was the usual mode of communicating via a walkie talkie which helped us keep track of the flow of the show, and also allowed convenient interaction with the team. We were also requested to respect the privacy of the couple, the families and their guests as an essential code of conduct.”

Can you share your overall experience of the Ambani-Mehta wedding as well as any key memorable moments?
“The most memorable part of the wedding was how the center of this extremely intricate celebration was immense happiness. If you see the images of Akash and Shloka, they are smiling, they are happy, and they are dreaming. And moments like these help photographers come back home with some great moments. That is the true victory for a photographer and purpose of the whole photography process – to be able to document moments in their most honest states. At no point were we taken for a surprise as photographers or unaware of what was going on. As a photography experience, this wedding will most likely be a case study which will be used as a future reference for clients when it comes to the organization of weddings. The lighting too is an essential aspect but at a wedding you don’t want your decor to be ruined by an umbrella or bulky flashlights and things like that. The Reliance team did a fabulous job in assuring that the lights were picture perfect, and quite ideal at a mobile photography level as well. When you get that kind of quality of light to play with, we can take capture moments effortlessly, and it looks great in post-production as well. We came with some amazingly well-lit shots without needing to alter it on our own.”

From Sonam Kapoor and Anand Ahuja’s at-home wedding in 2018 to Akash Ambani and Shloka Mehta’s grand nuptials in 2019… what’s next?
“I’m not sure about what’s next but I think the Ambani-Mehta wedding has set a benchmark that will be tough to beat at a lot of levels. However, we are constantly upgrading our technology and knowledge set, and experimenting more than we would before. There is also a tech investment in the works, which is an app that allows people to automatically get their wedding pictures. For example, wedding guests can now get their wedding photos using face recognition. The idea is to go back to the basics of photography. With the evolving times, fancy equipment, filters, and Instagram-worthy shots have gained momentum but we are aiming to capture emotional moments and values that can be seen and felt even after the post-production and in the result.”

Which other celebrity weddings are you looking forward to covering next year?
“We are in talks at the moment but I can’t reveal much as it wouldn’t be right. But in terms of what we are looking forward to next year is taking the company higher and to an international level. We have worked hard to get recognition at a national level, and we take pride in that, but I’m going to admit that there is still a lot of scope for improvement. We aim to be a company based out of India but if somebody from the US wants a team of good and trusted photographers, they’d look us up and want us to cover a wedding or event. That would be a big achievement for us!”

This entry was posted on Tuesday, March 26th, 2019 at 6:31:35 pm and is filed under Wedding Photography & Films, Wedding Planning. You can follow any responses to this entry through the RSS 2.0 feed. Both comments and pings are currently closed.