Bride-to-be Avani and her six besties had a rollercoaster time in Eastern Europe, quite literally!

Right from the moment she decided to tie the knot, Avani knew that she wanted to savor a fun trip with her girlfriends before all the wedding madness began. She zeroed in on key cities like Vienna in Austria, Prague in Czech Republic, and Budapest in Hungary, for her bachelorette bash. Here, she shares some highlights of the trip. 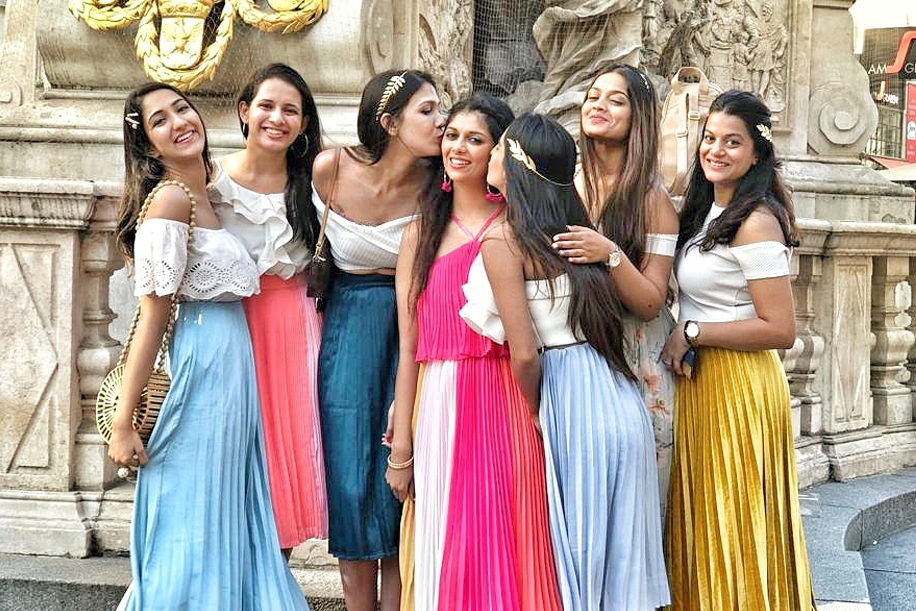 “I have been best friends with these six girls since the last 20 years as we were all in the same school. So when my wedding was fixed, the first thing on my mind was to plan a crazy trip with my girlfriends. However, since we all are dispersed around the globe right now in places like India, UK and the US, we wanted a location in Europe which would be convenient for all of us. However, we had visited Spain and Portugal earlier for other bachelorette celebrations and were keen to explore Eastern Europe. Budapest, Vienna and Prague seemed to fit the bill perfectly as they offered a balance of party hotspots and interesting attractions to visit.” 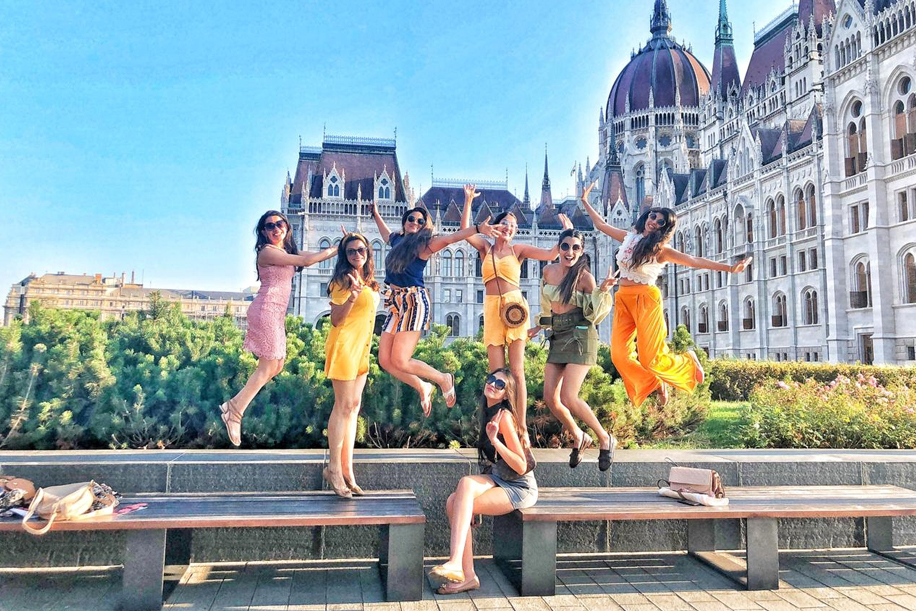 “Our first stop was Budapest. During the day, we explored famous tourist spots and enjoyed lunch at well-known restaurants, while the evenings were for thermal baths, ruin bars and river cruises. In Vienna, which was our second stop, we ventured out to soak in their magnificent history, architecture and culture via a group walking tour. It was also really fun exploring the farmer’s market at Naschmarkt and getting to taste local delicacies. Prague, our third destination, was where we planned most of our bachelorette activities. The city’s beautiful architecture, great restaurants, a large variety of stores, and a vintage car ride we took made for a fantastic last few days before we headed back to reality.” 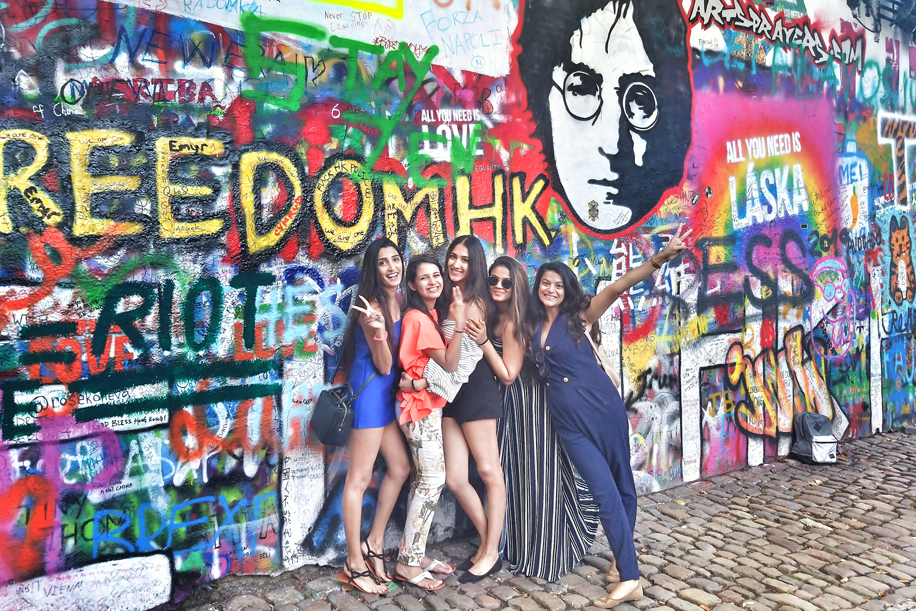 “Being absolutely girlie, we love dressing up! I knew I didn’t want to do the usual tees, hats and other generic bachelorette squad clothing and thus chose to opt for different, stylish clothing with elements like bling and pleats. I also ended up designing a chic vintage look for my bridesmaids in my favorite colors.” 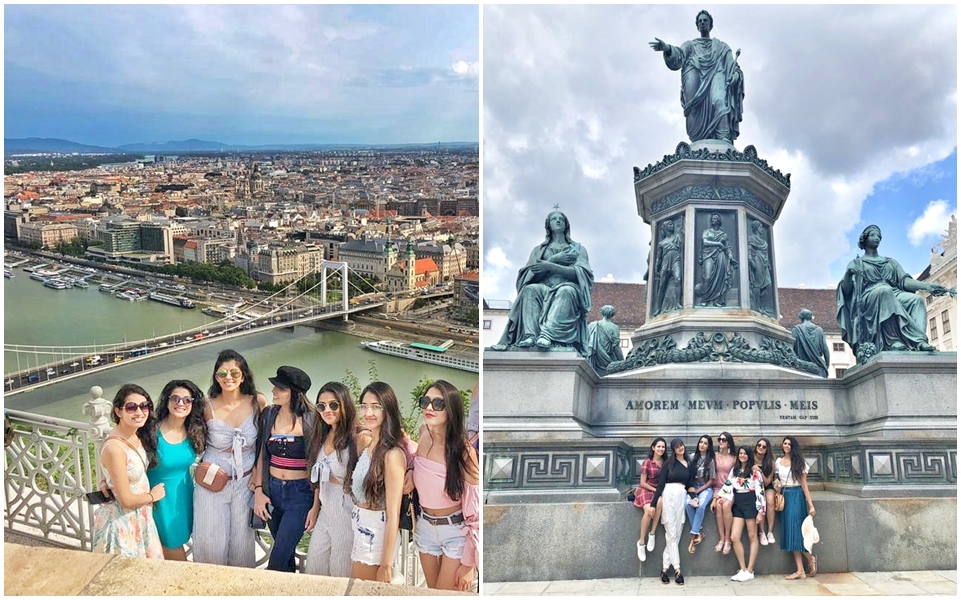 “The most memorable moments often sprout from spontaneous decisions. One day, we randomly spotted a giant Ferris wheel while driving around Vienna and decided we should check it out assuming it would be a fun relaxing ride with a great view of the city. Little did we know, it would be an entirely lit up large amusement park filled with amazing rides. We felt like we were transported back to our childhood. From dashing cars to Superman rollercoasters to a 200-foot zero gravity free-fall within 2.5 seconds, we did it all! That evening, we were all back to being carefree teenagers and I was overjoyed!” 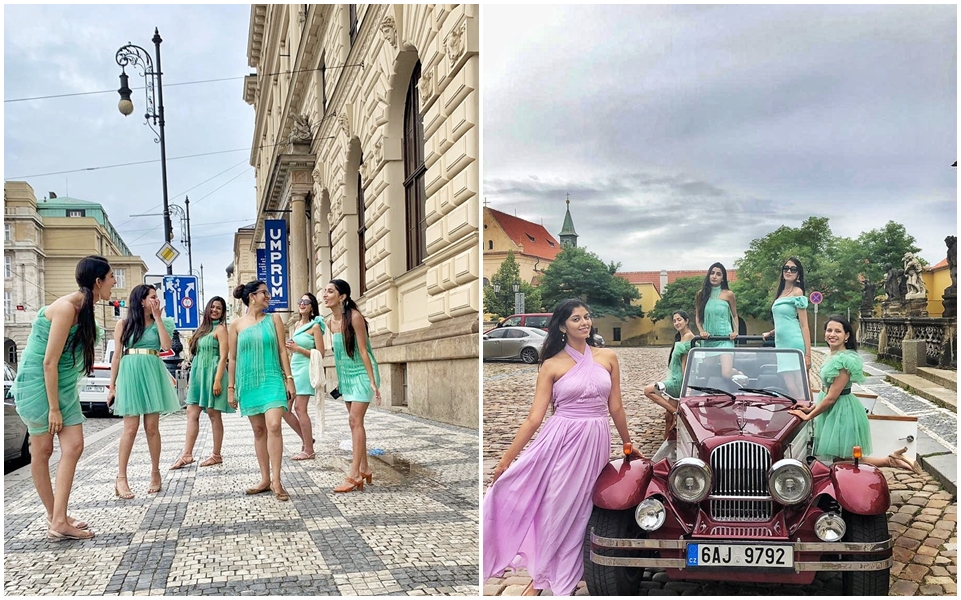 “While planning the trip, I ensured that I picked all bachelorette props like sashes, hairbands, straws and whistles from the local party shops in Mumbai. The flash tattoos and bachelorette games were flown in by my best friend based in Boston. I designed the green and purple dresses that we wore with the help of Ozeqo in Mumbai. Each dress was crafted from a different type of fabric and embellished with frills, ruffles and fringes to add extra oomph.” 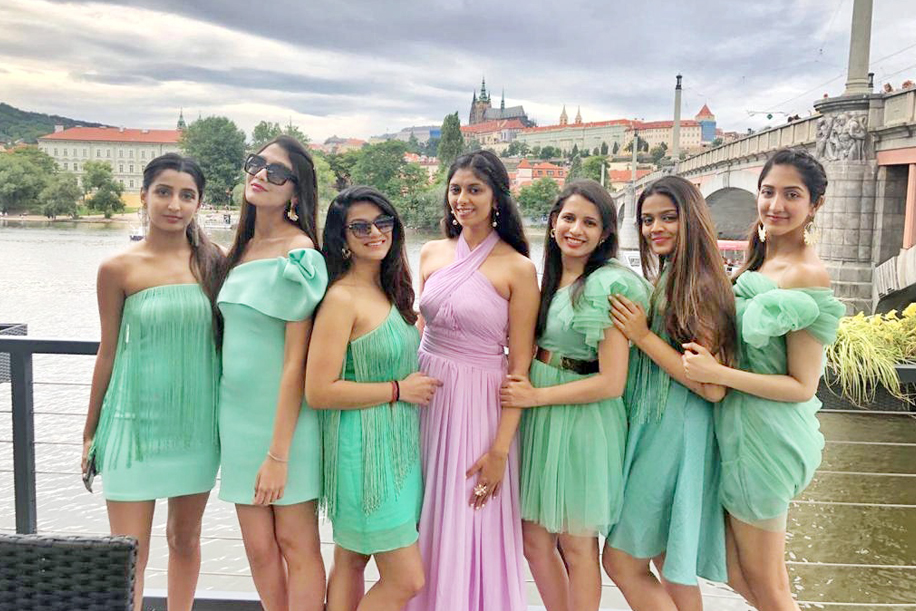 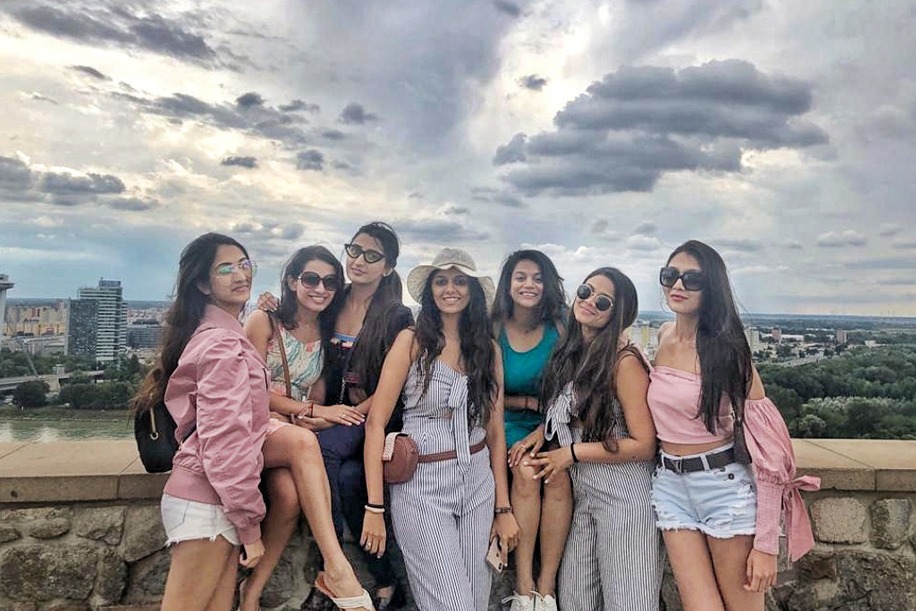