Spectacular sunsets, breathtaking beaches and most importantly, Game of Thrones’ shoot locations lured Nisha and her friends to Croatia for a trip where sweet gestures and crazy moments were etched in memories to last them a lifetime.

Nisha had always dreamt of a beautiful wedding but she’d also set her sights on a funky, unforgettable bachelorette. “Once the wedding dates were announced, my friends couldn’t stop talking … about the bachelorette trip!” she laughs. The girls were playing tic-tac-toe between Prague, Budapest and Vienna, or Croatia. Finally, it was the beaches of Croatia that did the trick, “We locked it down as our destination,” Nisha says. 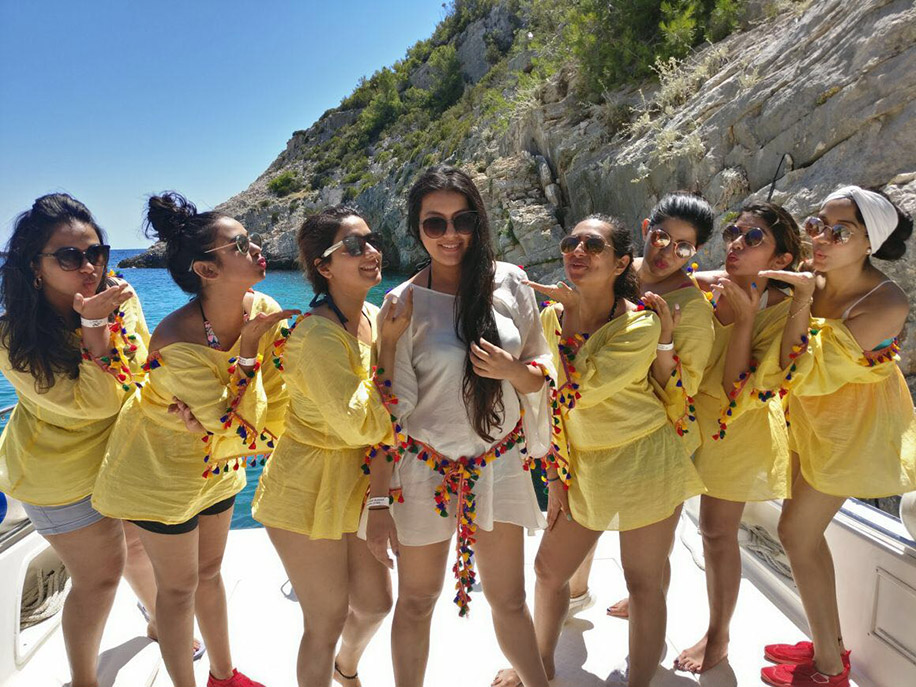 With a wishlist that included good beaches, great nights out and unforgettable adventure, the girls planned an itinerary that included Dubrovnik, Hvar and Split. And there was another little thing on their list, “Since most of us are Game of Thrones fans, we had to see the famous walls in Dubrovnik where scenes from the series were shot. Even my friends who don’t follow the show fell in love with the place since the view was absolutely stunning!”

The girls got their adrenaline high at the “Buza Bar” in Dubrovnik, known for its cliff jumping. “Everyone took the leap of faith and they swear by the experience. As you stand at the edge of the cliff, the whole bar cheers you on,” Nisha giggles at the memory. She however, had much bigger cliffs to jump off in the near future and decided not to risk injury. She made do with the island of Lokrum, “We went for a dip in the sea. It was a laid-back day. We soaked in some sun and had a good meal.”

“Dubrovnik is known for its sunsets so one evening we took a cable car up to a restaurant called Panorama. You can see the whole city from here and you have to see the sun paint the sky red as it goes down to become one with the horizon,” Nisha says. The girls repeated the wondrous sight at Hvar, “We visited Hula Hula, a beach bar. The place is great but what makes it even better is again the sunset! The vibe of this bar is just something else. In fact, we bumped into so many people who were there to celebrate their bachelor/bachelorette party over here!” 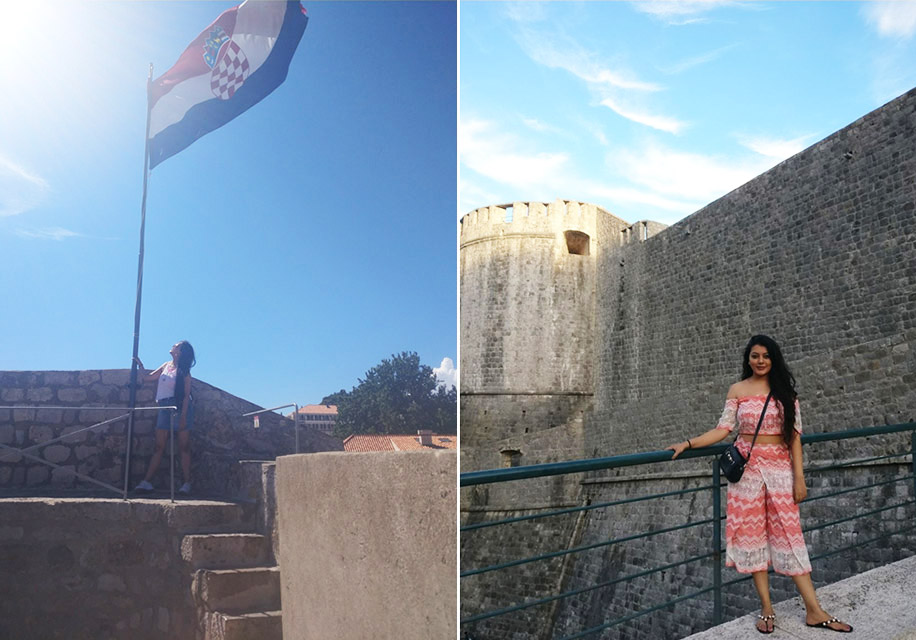 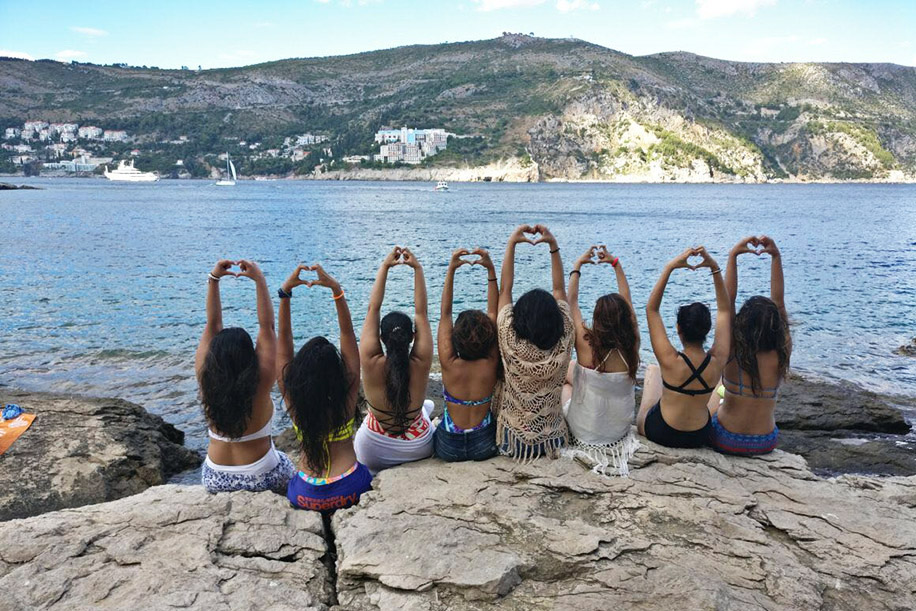 Post the spectacular sunsets, the girls put their party dresses (and faces) on and hit the town for the thriving nightlife. “Hvar was madness and the nightclubs there were insane! You need to give up sleeping if you want to have the time of your life here. My friends made sure that the entire city knew that I was a bride-to-be,” Nisha laughs, “We went bar hopping to Kiva Bar –a must visit, Pink Champagne and Carpe Diem – which later takes you to a stunning island called Stipanska. Similarly, there is Laganini in Palmizana which is accessible by speedboat. It’s definitely much more mellow as compared to Hula Hula but there is good music, food and drinks and you spend a relaxed day before the crazy night ahead.” 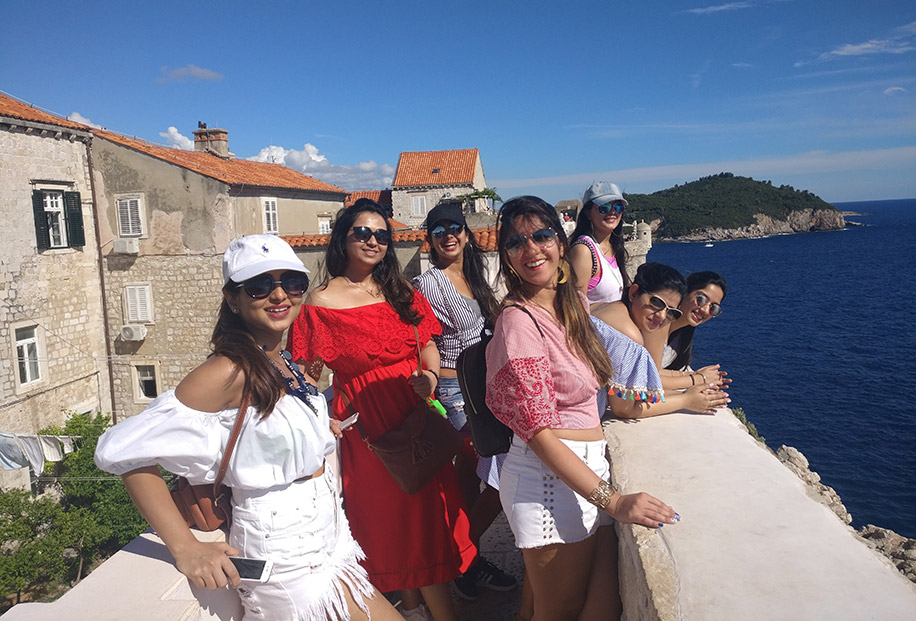 Amongst a suitcase full of memories, Nisha’s best moments on the trip included a yacht ride from Hvar when she and her girl gang went island hopping, “My friends surprised me with goodies in a beach bag and the cutest was the flag for our yacht which read “Nisha’s Bachelorette Party. If you love the sun, the sea and nature, this will be the best day of your trip. We also got to witness the Blue and Green caves, a little treasure of the Adriatic that left us dumbfounded,” she says.

The girls decided to wind down in Split, “Our last destination, it was laidback and we had an amazing night. We went barhopping and my friends surprised me with coordinated t-shirts.” 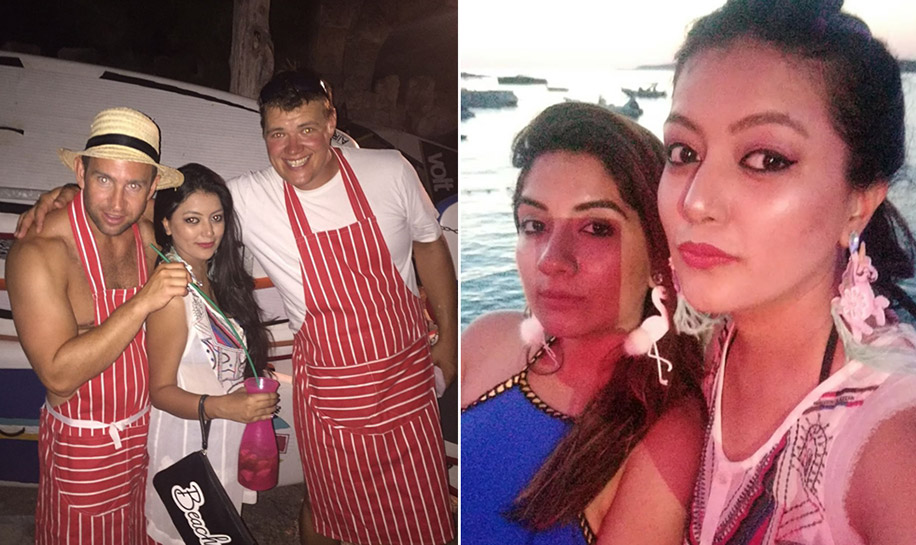 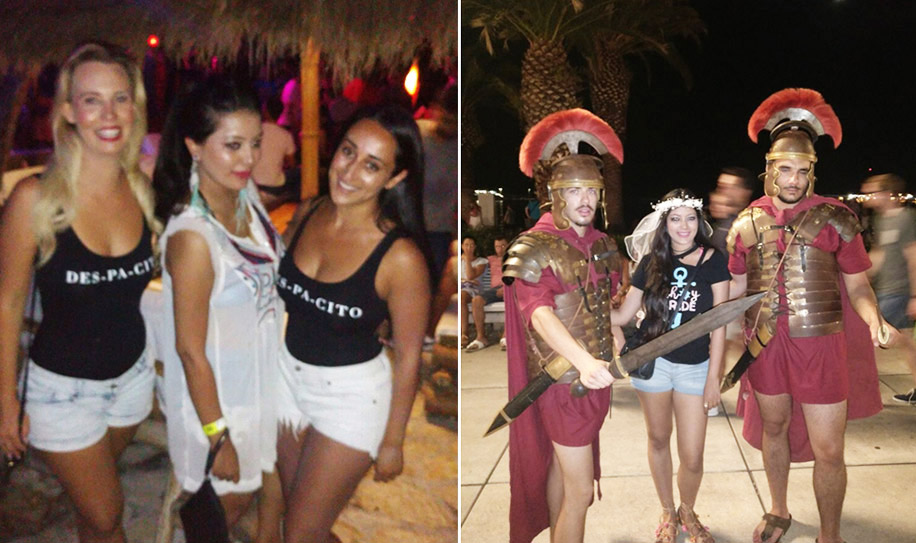 Tips for brides-to-be who are planning to get on the next flight to Croatia with their party crew, “Be prepared for a lot of walking in all three cities and travel extremely light. Like silly divas, we packed a lot of things we could have done without. Dubrovnik has way too many steps to climb. There will be no one to help you and you will have to lug your own suitcase.” Still, it was worth it, “Our apartment was on the 150th step (close to Buza Bar) and we almost gave up half way through! You could look for an apartment somewhere down but the view won’t be half as good as higher up.”

Have an interesting Bachelorette story to share? Write to us at editor@weddingsutra.com