Priyanka Chopra’s bachelorette trip to Amsterdam – All you need to know.

Following the joyous bridal shower, the global diva jetted off with her closet for a dreamy bachelorette.

Our Desi girl, PeeCee, or should we say, the to-be Mrs. Jonas, took our Insta feeds by storm as she embarked on a boat ride in Amsterdam this weekend.

While the wedding dates are still kept under wraps, the actor and her girl gang set major bachelorette goals and showed us all how to party! Recently, pictures of her dreamy bridal shower did the rounds as well and being the diva that she is, her style had us hooked.

From the grace with which she carries the desi sarees to the on-point airport looks, the fashionista is always a sight to behold. And more so in her pristine white gown! The intricately embellished strapless dress with an elaborate faux trail was right from a fairytale wardrobe! And carrying it like an angel, with subtle makeup and crimson lips, Priyanka surely made the belle of the ball at her Tiffany’s bachelorette.

From photos of tequila shots to delicious looking bread, we were virtually welcomed into the celebration! Priyanka shared some photos on her Instagram, she captioned the picture as, “Setting sail…#bachelorette #Squad”

While fans went gaga and shared some instant reactions to her posts, one of them got a comment from Jonas’ mother, Denise as well! “Be good,❤”, she said. Further, we were given a peek by the bride-to-be into the flawless décor. The wonderland with bouquets of pink roses, a bucket of champagne and pink and gold balloons conjured up every girl’s bachelorette dream! And while these posts dropped our jaws, what struck a chord in our hearts was Priyanka giving her future sister-in-law, Sophie Turner, a piggyback ride in heels! You go girls #TheJSisters!

In the first of the three new posts, Priyanka shares pictures of herself looking angelic in a stunning white attire, she captioned them as, “Featherweight Champion of the world,”. The second one includes the gorgeous bridesmaids – Sophie Turner, Srishti Behl Arya, Chanchal D’Souza, Tamanna Dutt, Elizabeth Chambers, Mamta Anand, Dana Supnick, Natasha Pal, Isha Ambani, and Parineeti Chopra, all dressed in variations of red. “Red, white and Bride!!!” she captioned.

And if the party pictures and stories weren’t enough to show how happening the night was, the ‘Hungover’ post captioned as “The morning after”, sure did! 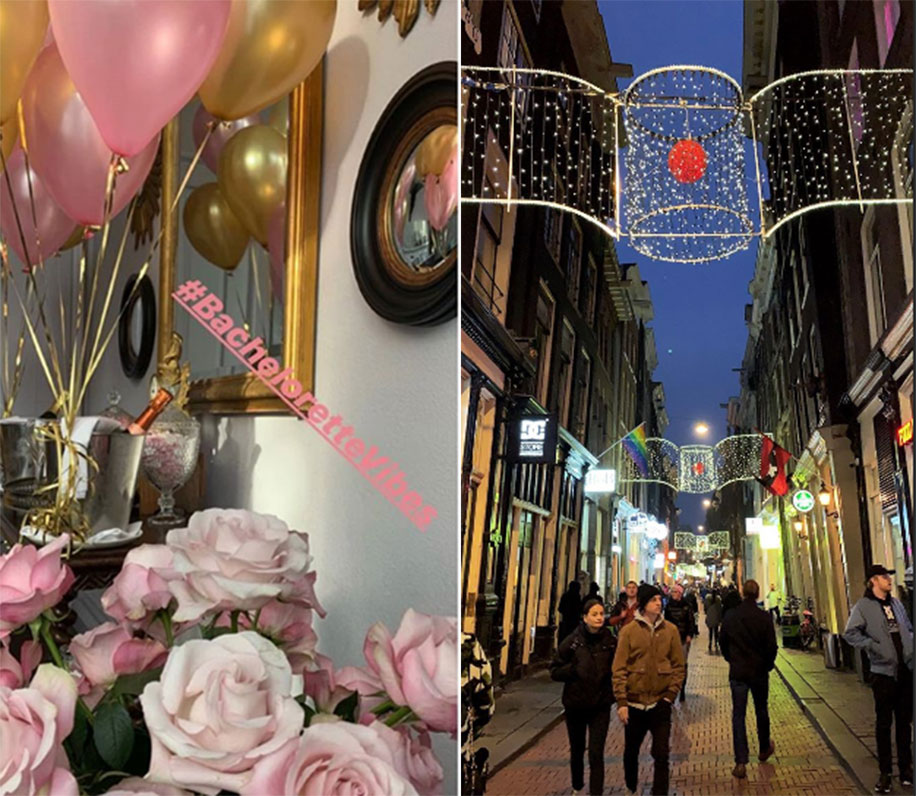 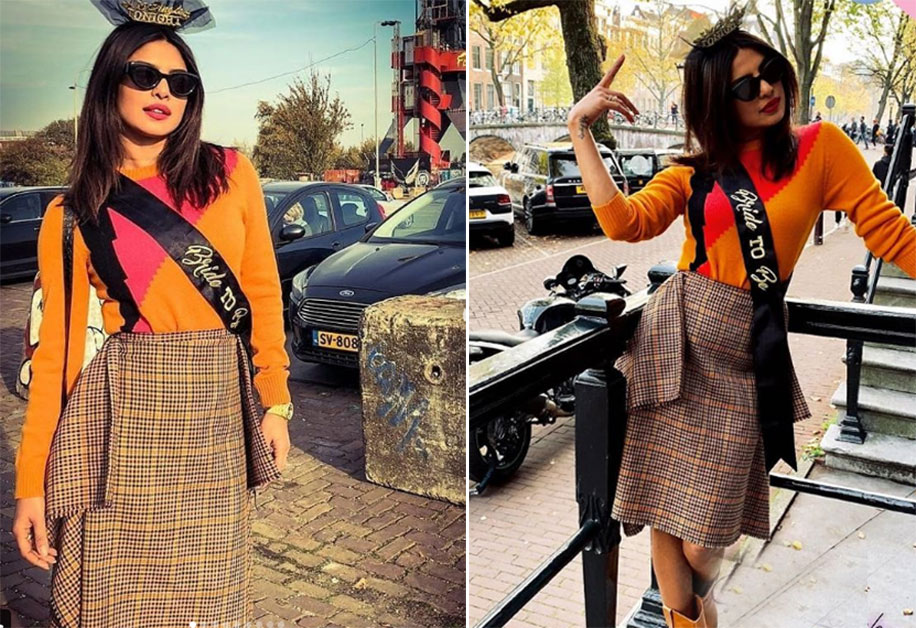 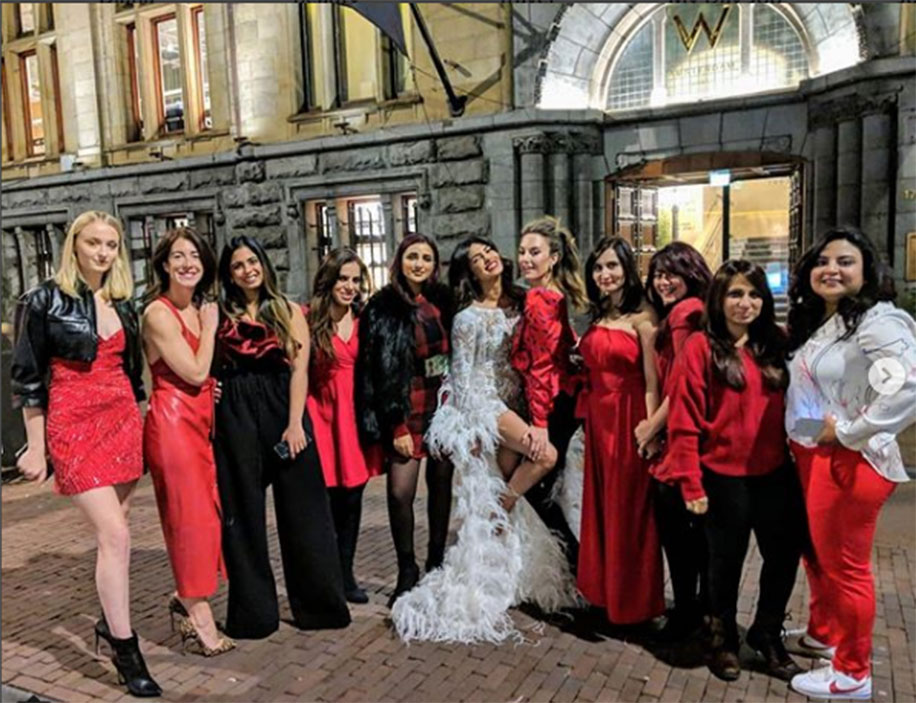 About the wedding: What’s reached our ears is that our Kashibai’s doli will be taken from Jodhpur’s Mehrangarh Fort, early December this year. And according to a source, “Nick will be performing with his troupe at the sangeet. It is tentatively a 45-minute performance where he will be singing some love songs for Priyanka. The event organizers have already been told about this special performance that will be a part of their sangeet,” a source said.