It’s no secret that all-girl trips are the craziest of all; and when the purpose of the vacation is to help the bride-to-be bid goodbye to the single life, the madness goes up several notches. 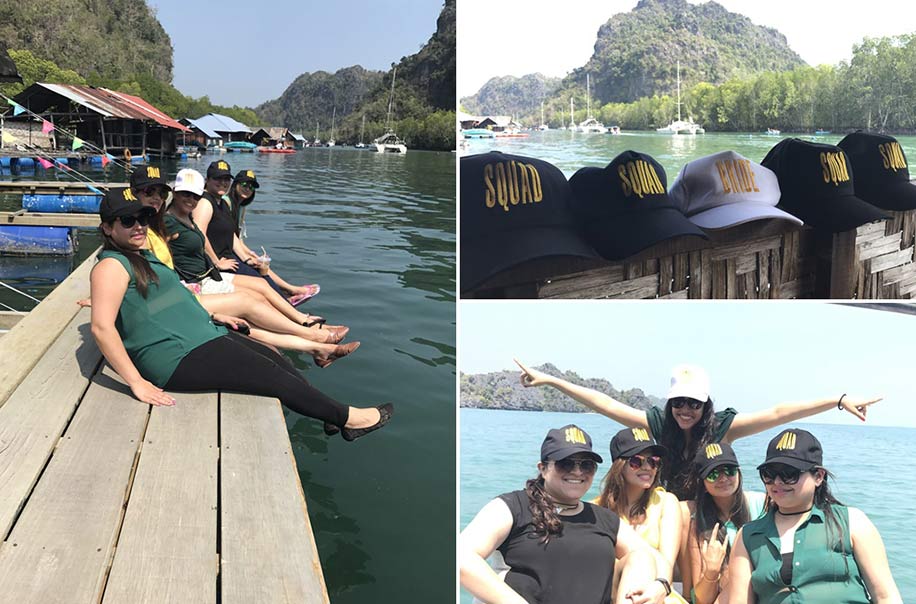 So Ritika decided that the first step was to plan for absolute anonymity and the girls travelled to the Jewel of Kedah and Kuala Lumpur. “The intention behind getting out of the country for my bachelorette was to rule out any possible chance of bumping into anyone we know. I also wanted to visit an offbeat place none of us had been to before so we discovered Langkawi” says Ritika. 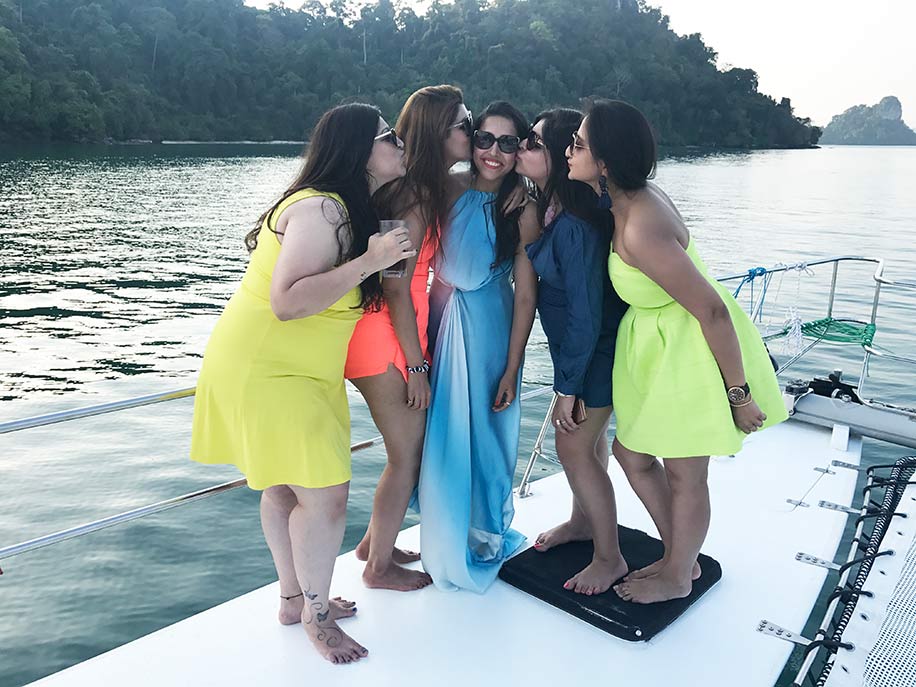 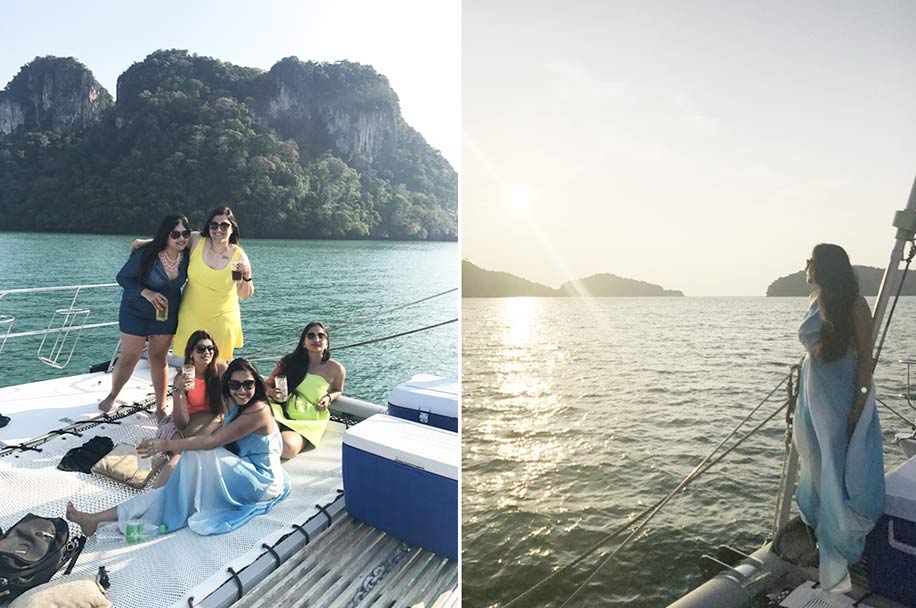 But planning the trip came with a small hitch. “I am the last to get married within my friend circle. So when it came to closing on the dates, we had to do a whole load of back-and-forth so our escapade didn’t clash with anyone’s family commitments”, she says.

Having crossed the border, there was no stopping this girl gang on a mission to let loose and have fun! And it didn’t matter how wee the hours were. “Langkawi is a small place, so the streets get isolated soon after the sun goes down. But that didn’t pose any hindrance to our plans. We were out bar hopping and exploring into the night. Of course, we were extra cautious but at the same time, we let the enjoyment prevail” says Ritika. In addition to bar-hopping and going wild, the girls also treated themselves to a day cruise with the wind in their hair and the sun on their skin. On one night in Kuala Lumpur, Ritika’s friends rolled out a bunch of bold dares, which she sportingly took on. “Friday nights are Ladies’ Nights in Kuala Lumpur. So we got our drinks and they started giving me the most outlandish dares” says Ritika. There were three standout dares she pulled off with swag. “I had to go and kiss the head of a bald man who was sitting with a large group of girls. They dared me to walk up to this really cute guy and tell him that I was getting married to my fiancé for his money and ask him what he thought of it. And the third one was most insane. I had to walk into the middle of the road, stop traffic and scream ‘I’m getting married’” Ritika laughs at the memory.

On their last night, tired but happy, Ritika began to wrap up the celebrations when her friends called her to one of their rooms for a midnight chat. However, when she made her way there, she was confused as they all made some excuse and left her alone in the room. But it wasn’t long before she realized something was up. “They had all gone to decorate my room!” Knowing how tired everyone was, Ritika was moved, “When they took me back to my room, it was decorated and had gifts laid out. I was so touched by this gesture because they didn’t let their plan for me fizzle out despite the exhaustion from the day’s activities.” Not all her friends could come on this crazy trip so they made it up to her in the sweetest way with one set taking her to the Bombay Cocktail Bar and another set planning a lunch at Thalassa. Naturally, the bachelorette activities remained. “For a drinking game, I had to answer questions and make sure they matched what my fiancé said in a video that they had pre recorded. It was so nice of them to go to such lengths only to make my bachelorette games more entertaining” Ritika says.

After pulling off a successful bachelorette, Ritika advises brides-to-be to trust their bridesmaids with this one event “I am someone who micromanages tasks even after delegating but this time I had to leave our trip up to my friends. With the wedding lineup that needs to be taken care of, there is a lot that a bride has to look into which leaves her with no time to prepare for an entire trip. I must say that this experience of letting go was quite refreshing and that they didn’t let me down.” 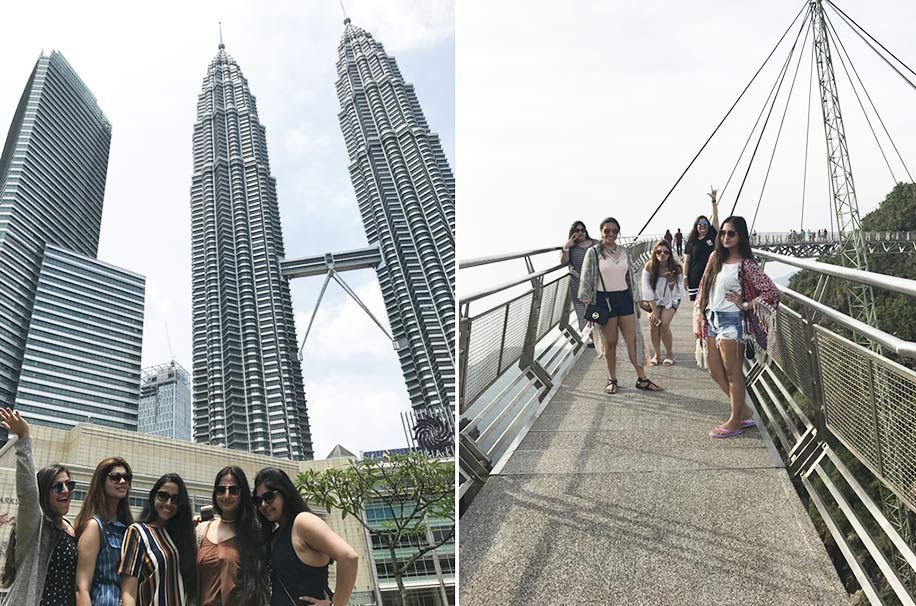 Have an interesting Bachelorette story to share? Write to us at editor@weddingsutra.com