A five-day Thailand vacation and a pre-wedding shoot made for a rocking joint bachelor and bachelorette party experience for Tanya and Vatsan.

Bachelor and bachelorette parties are events where would-be brides and grooms go all out to have a rocking bash before embracing married life. Such parties, whether held in one’s hometown or in a foreign destination, have almost become a pre-wedding ritual these days. But Tanya and Vatsan wanted to do things a little different from the norm. They combined their friends, a five-day Thailand vacation and a pre-wedding shoot into their joint bachelor and bachelorette party experiences. 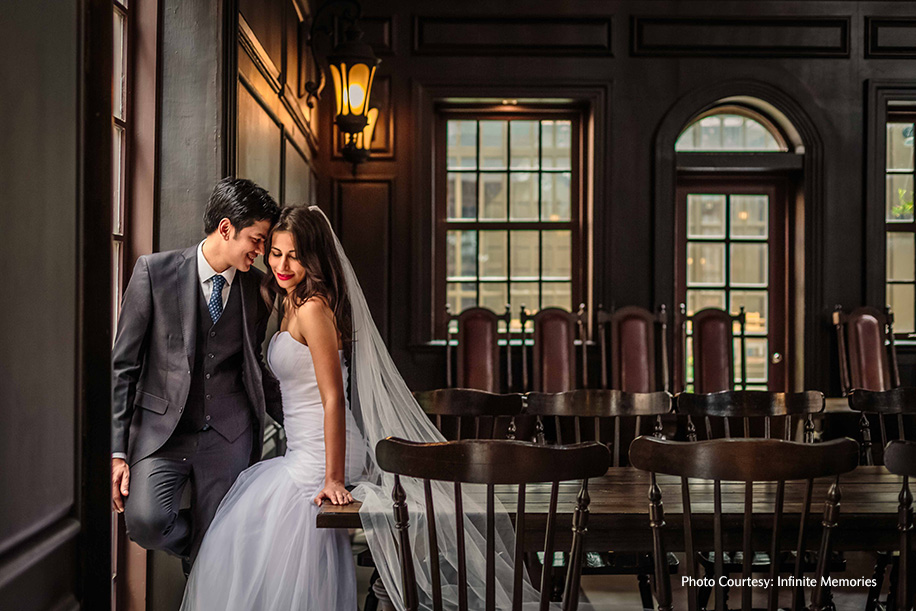 Tanya shares, “Vatsan and I are mechanical engineers. We studied together at BITS-Pilani in Goa, but as fate would have it, we never chatted even once during our four years of college together. We got to know each other only while doing a tenure in the same company, and our chemistry was instant and electric!” 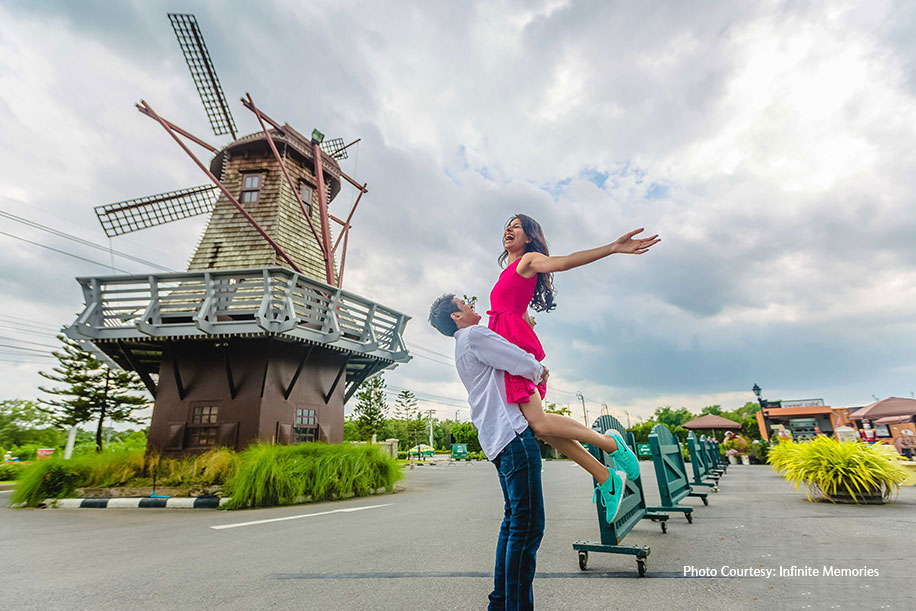 Their friendship changed into a five-year relationship, after which they announced that they were ready to tie the knot. Both approached this milestone rather unconventionally. “Vatsan wanted a bachelor’s trip before our wedding, and I wanted my last adventure as a single girl with my closest girls. However, both of us also wanted to do a pre-wedding shoot together, and wanted our friends to be part of the shoot. So we decided to combine a vacation, our bachelor and bachelorette parties and pre-wedding into one!” explains Tanya. 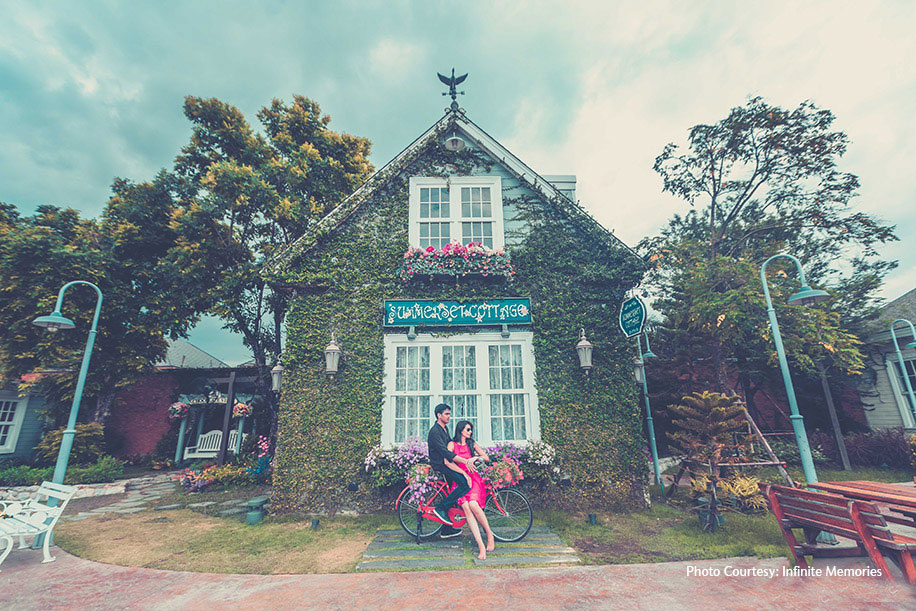 During the course of their relationship, Tanya switched gears on her career front and leaped into the modeling industry. Having been a part of numerous photo shoots at several exotic locations, she had learned well how to separate the fab from the drab. “Our minds were buzzing with myriad thoughts when we started planning our pre-wedding shoot. Being a professional model I didn’t want to go for a humdrum shoot with staged poses. So to set the right mood, we zeroed in on a location where we could let ourselves loose and be our natural selves. So we decided to head to Thailand and get all our wonderful moments captured professionally as a story.” 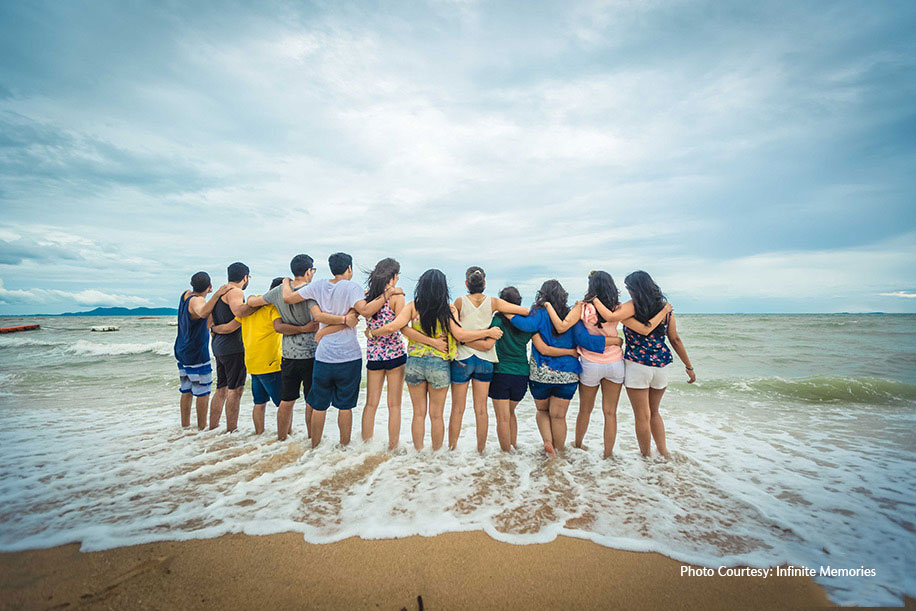 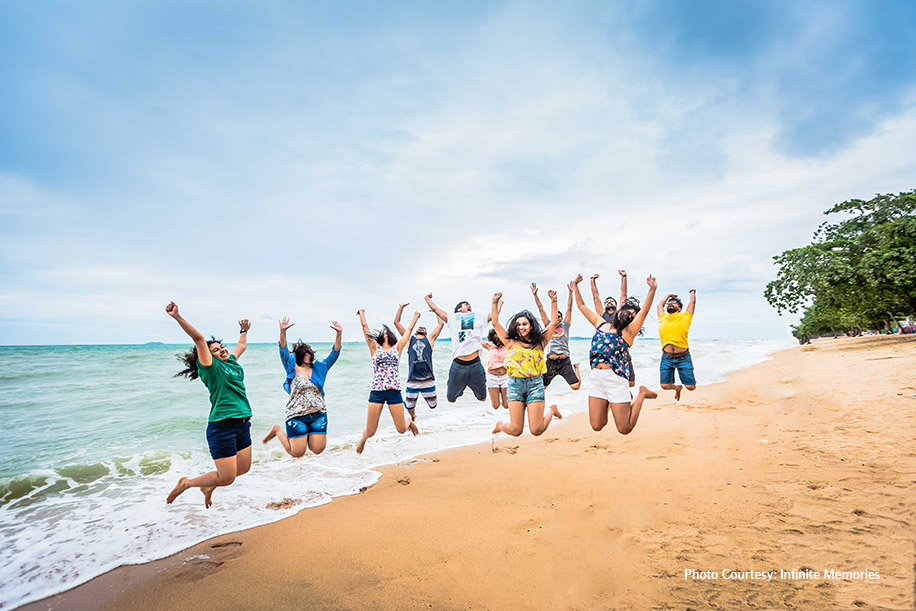 Tropical Thailand offers something for everyone – from nightlife to adventure, beaches to world-class spas, water sports to jungle treks, historical sights to amazing shopping. Tanya explains why they chose Thailand for their memorable vacation, “Thailand was an obvious choice for us for many reasons. The Coral Island, where we spent a day for our pre-wedding shoot, is breathtaking. The country is considered the party capital of South East Asia; and the beautiful, cool weather during June and July made it worthy of consideration. Thailand’s travel-friendly approach makes it very attractive for us youngsters. For example, its Visa on Arrival facility and short distance from India make it doubly appealing.” 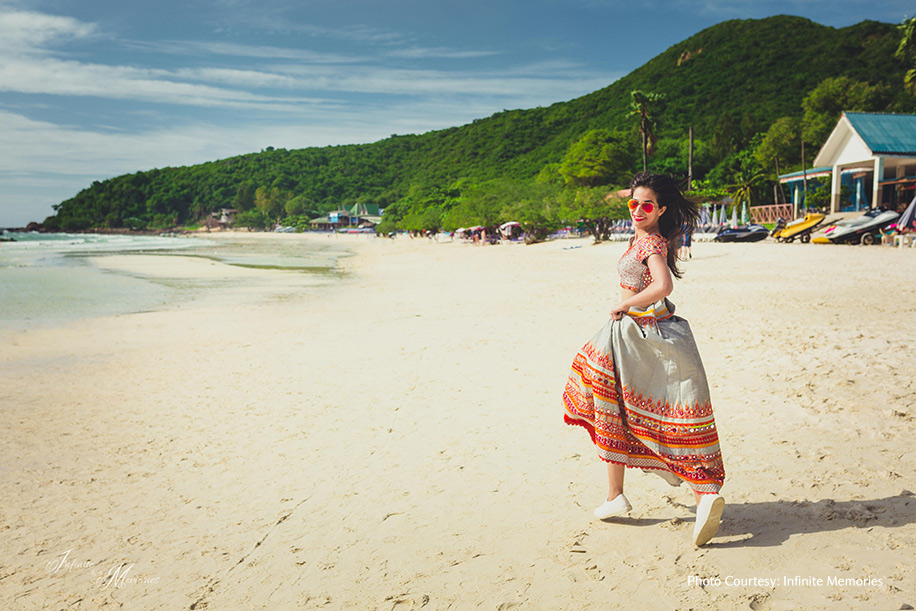 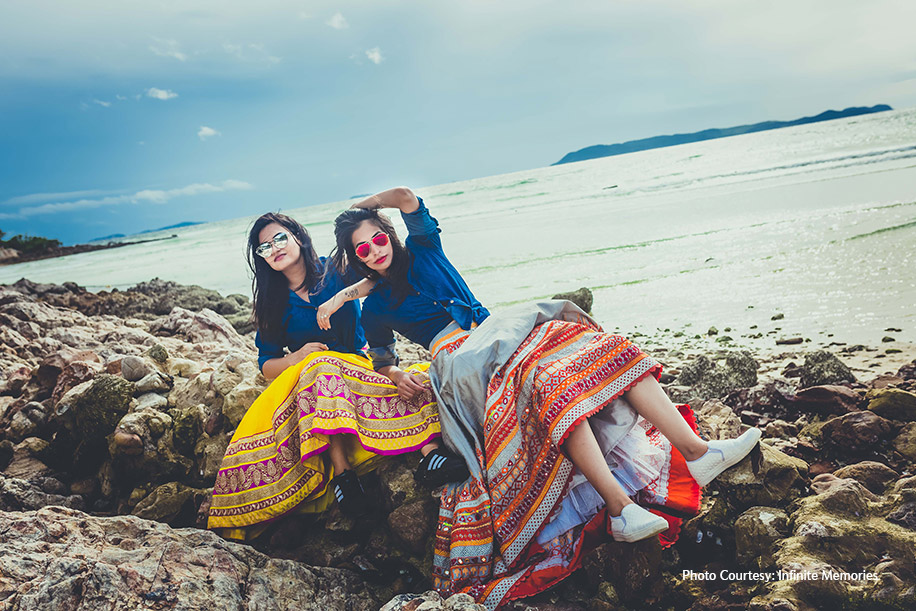 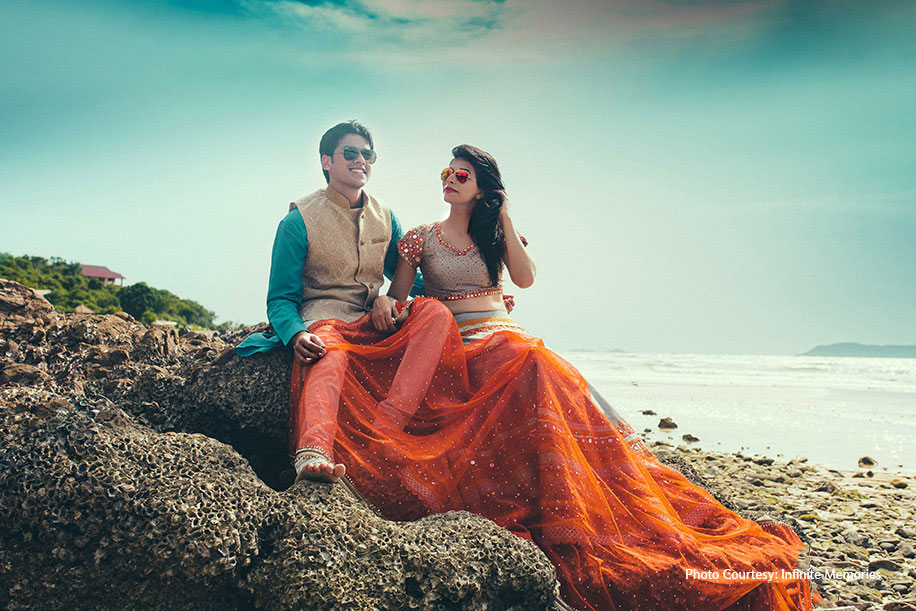 Tanya and Vatsan’s group of friends joined them on the trip, and the group of 12 packed in a lot of action and excitement during their trip. “Since this was a bachelor’s trip as well as a bachelorette trip and involved a pre-wedding photoshoot, we got very little time to sleep. All of us explored the gorgeous locales, and shot in the morning and partied until late into the night. The experience couldn’t have been any better as this was the perfect time of the year to be there, despite the fact that it can be overcast and prone to tropical showers. We were able to stay out the whole day without getting sunburned and sapped of energy. Our schedules allowed us very little rest, but all the efforts paid off as we now have pictures that we can cherish for a lifetime!” ” 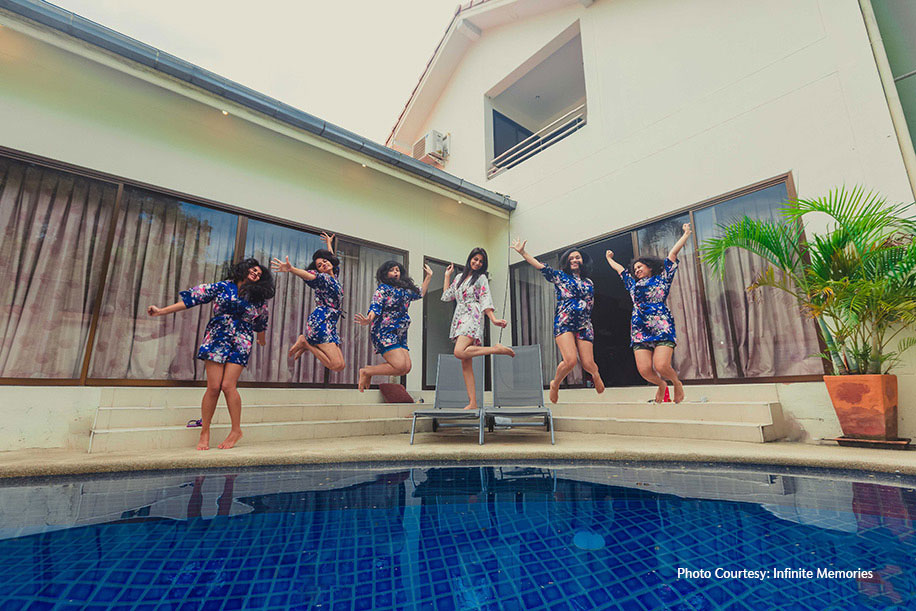 Tanya’s work in the industry has made her well acquainted with a number of fashion designers which came in handy especially when preparing ensembles for the pre-wedding shoot “I have a few designer friends who were gracious in providing outfits for the shoot. A lot of research went into getting the coordinated clothes ready since each one was made in a different part of the world. We wanted the best of everything and required it to be exactly in line with the concept we had in mind,” adds Tanya. 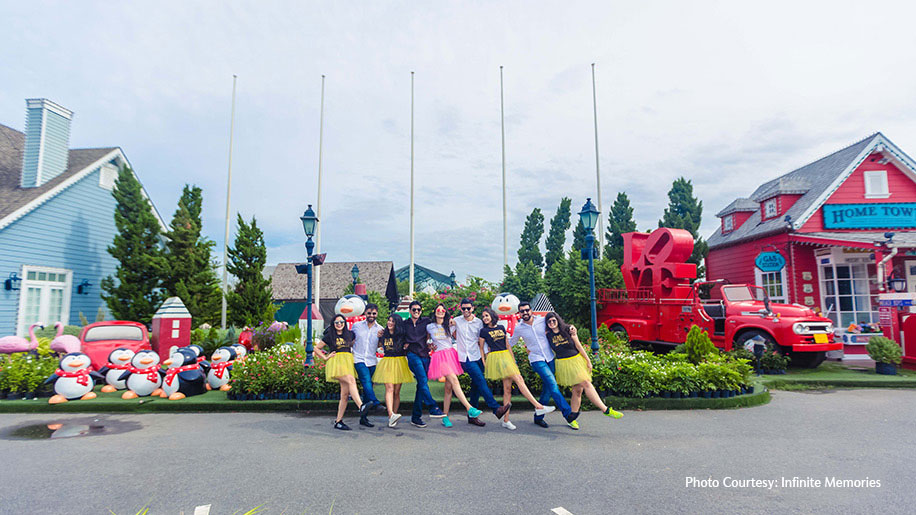 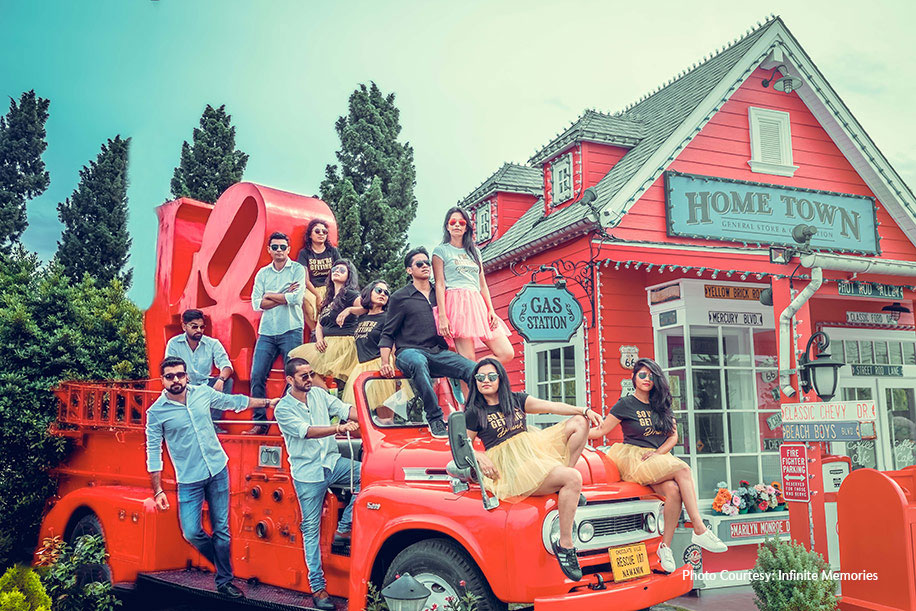 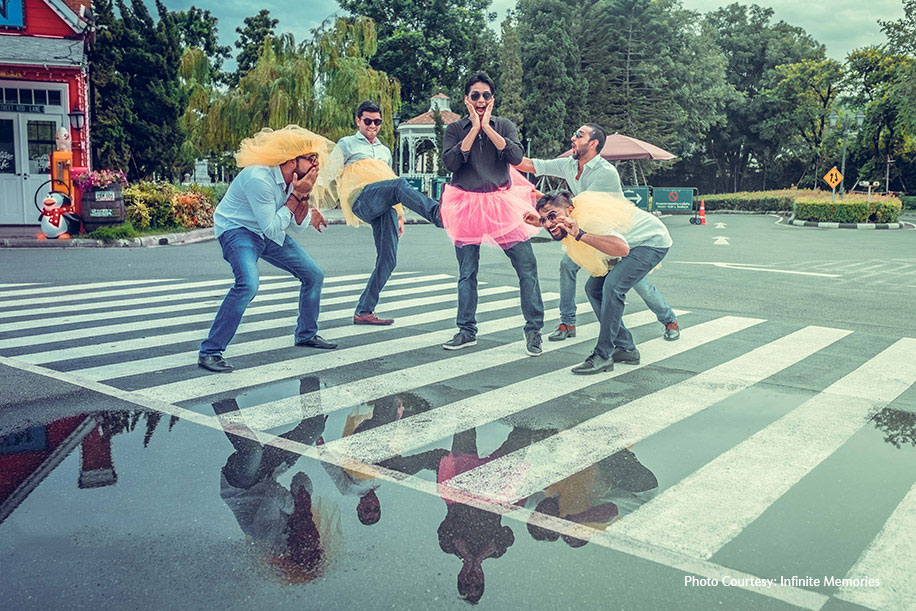 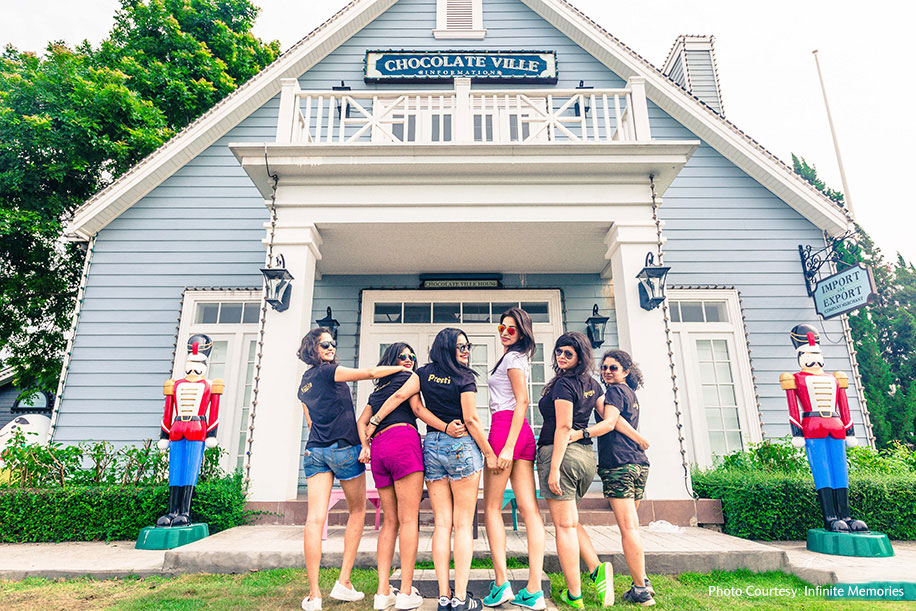 The couple’s biggest challenge when it came to planning this joint experience was finding a photographer. But Tanya says that once she met the team from Infinite Memories’, she was convinced of their ability to connect with their squad and make them feel at ease while photographing them. “We were looking for someone who could relate to us and our intent behind this. After a lot of research, we found Infinite Memories who understand exactly what we wanted. After multiple discussions about the location, concept and styling, we were finally prepared to make it happen. It was difficult to pull off a shoot with twelve people in five days in between all the celebrations, but with everyone’s support we truly managed to create infinite memories! The pace of the trip was frenetic but we managed to get flawless frames out of it!” 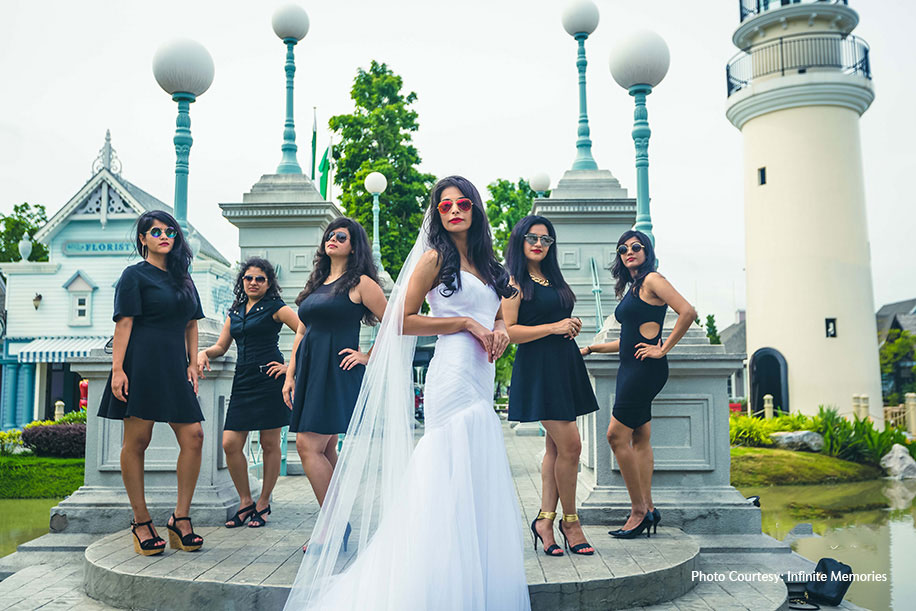 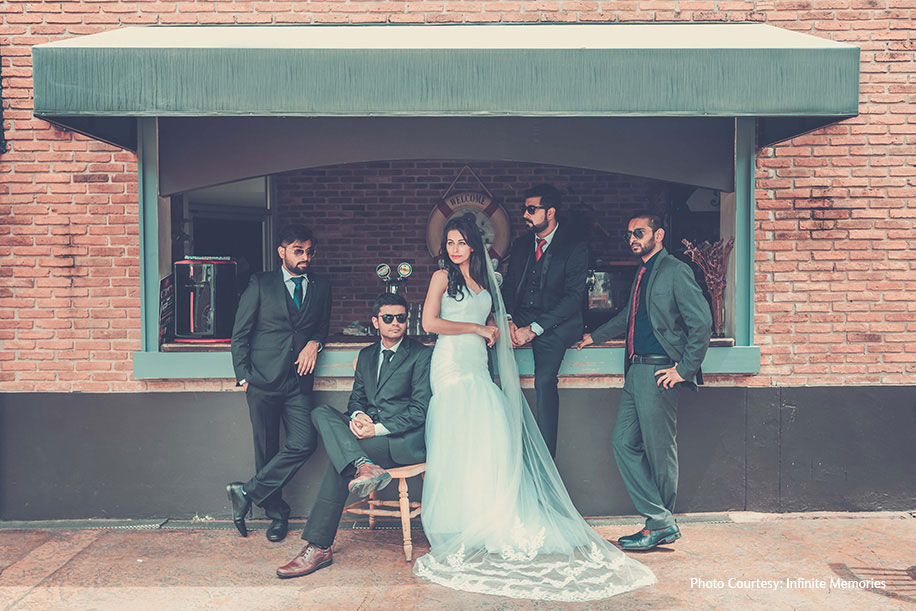 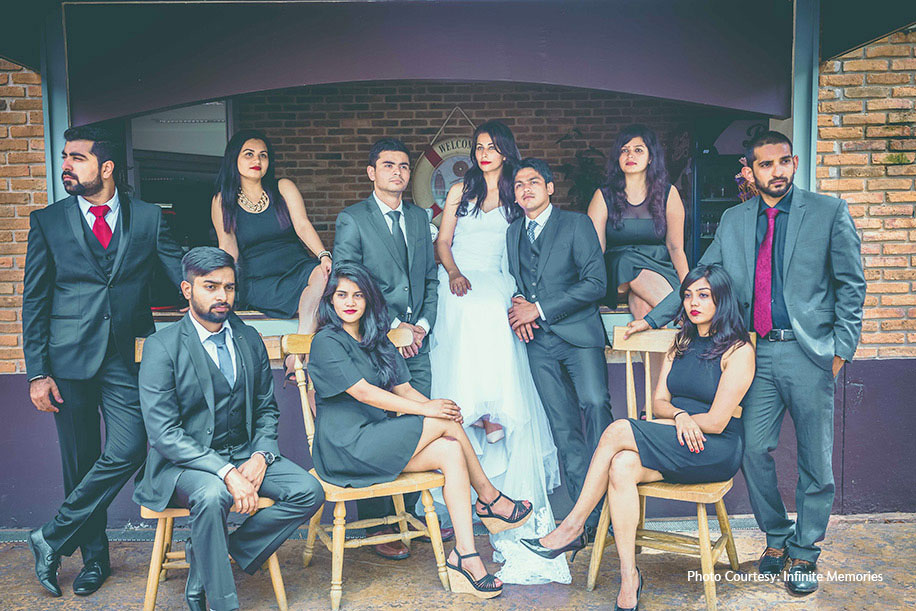 To plan your dream holiday to Thailand click here.