Here are all the details from the #akustoletheshlo wedding!

Akash Ambani and Shloka Mehta‘s celebrations from St Moritz to Mumbai were a mesmerizing affair with a starry guest list, power-packed musicals and magnificent floral installations at the all-new Jio World Center. 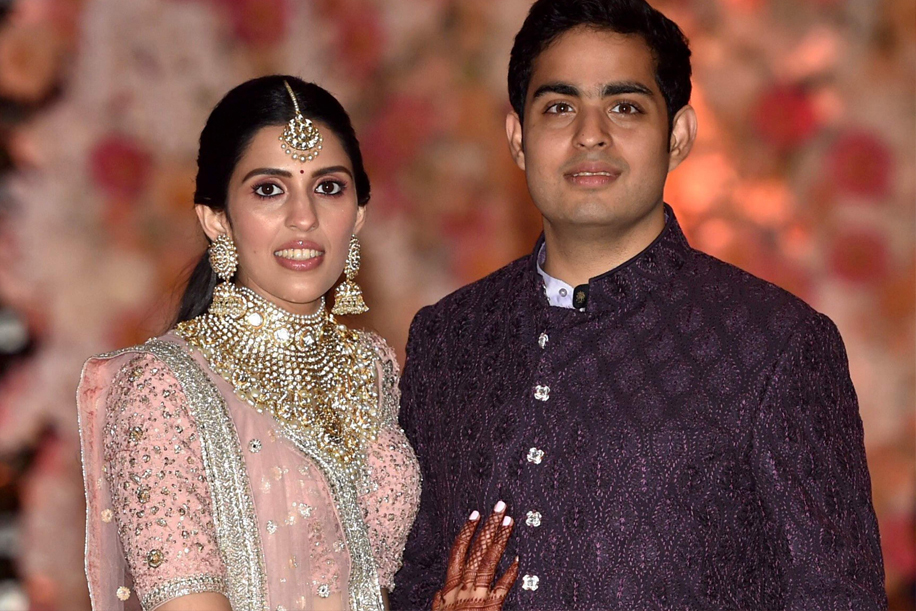 Wedding Invites
The opulent invite for the Mehta family was created by Mumbai’s ace invitation cards designer Uttara Shah. Capturing the era of the Maharajas and Maharanis, there were 10 distinct varieties of gold, a multiplicity of textures, intricate motifs and an array of pearls, gems, and stones that were embroidered on paper.

The invite for the Ambanis were designed by Delhi’s top invitation cards designers- EDC.

Pre Wedding Events in Mumbai
The pre-wedding celebrations in Mumbai included a Dandiya Raas Night where acclaimed singer Falguni Pathak performed along with Tushar Trivedi. The venues for the glitzy-techno theme youngsters and after-parties included Famous Studio in Mahalakshmi and Antilia of course. A day before the Mehndi an Anna Daan (food serving) was held for underpriveleged children at Jio World Centre.

Mala and Mehndi
The Mehtas organised the Mala and Mehndi ceremony at NSCI Dome, Mumbai. With climbers, flowers and silver danglers adorning the ceilings, the venue was dominated by tints of orange and traditional elements. Chairs aligned with plush tableware fit for royalty. 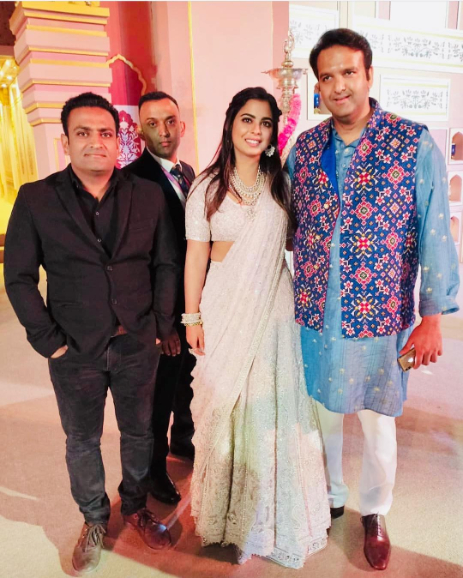 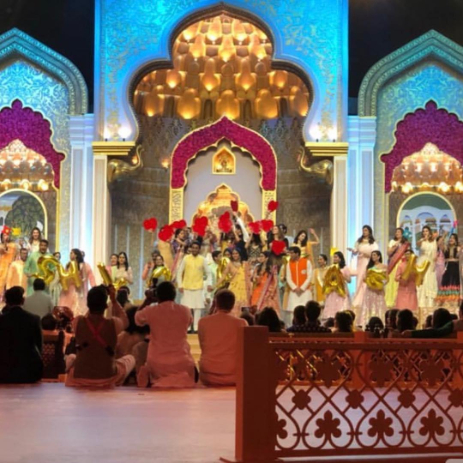 Wedding
The Ambanis 27 storeyed home and the road (Altamount Road) adjoining it was filled with floral decor, sparkling lighting and grand installations depicting their homage to Lord Krishna. 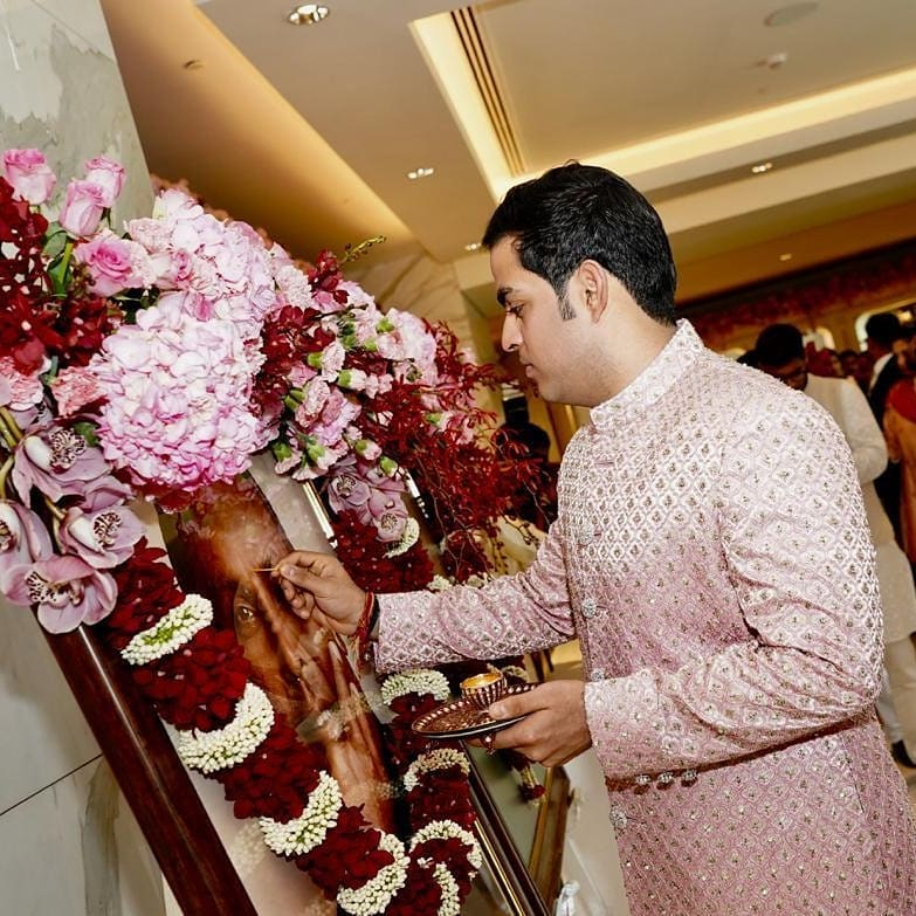 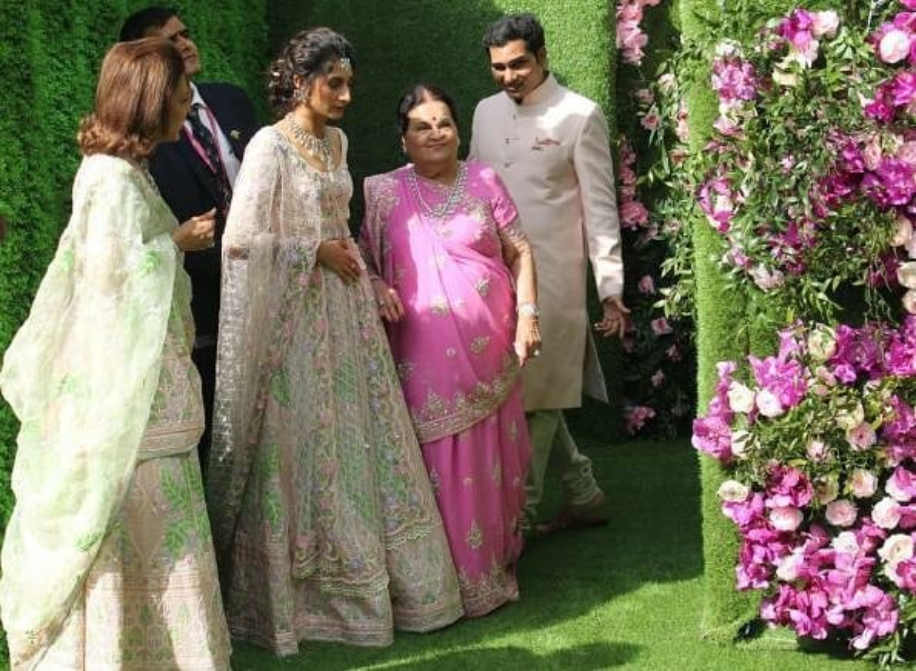 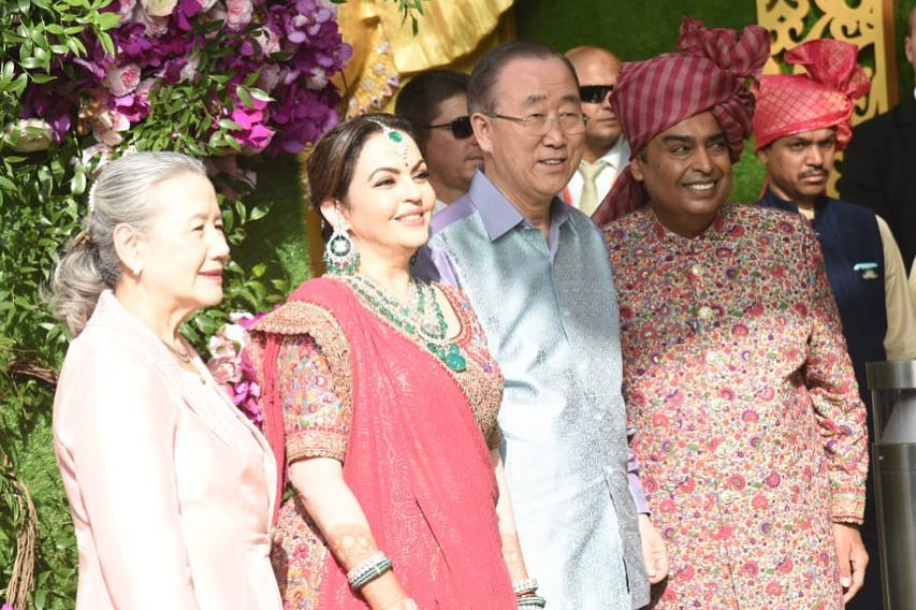 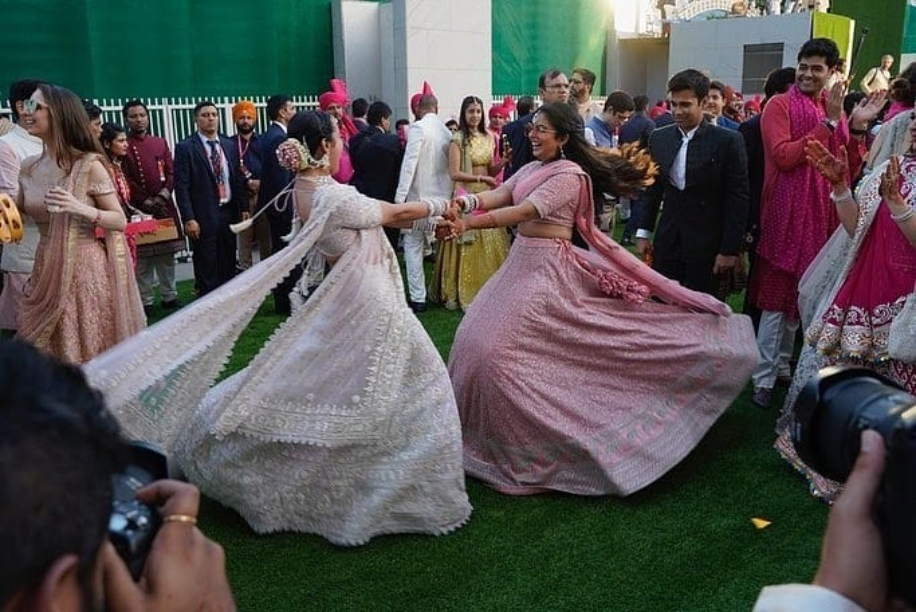 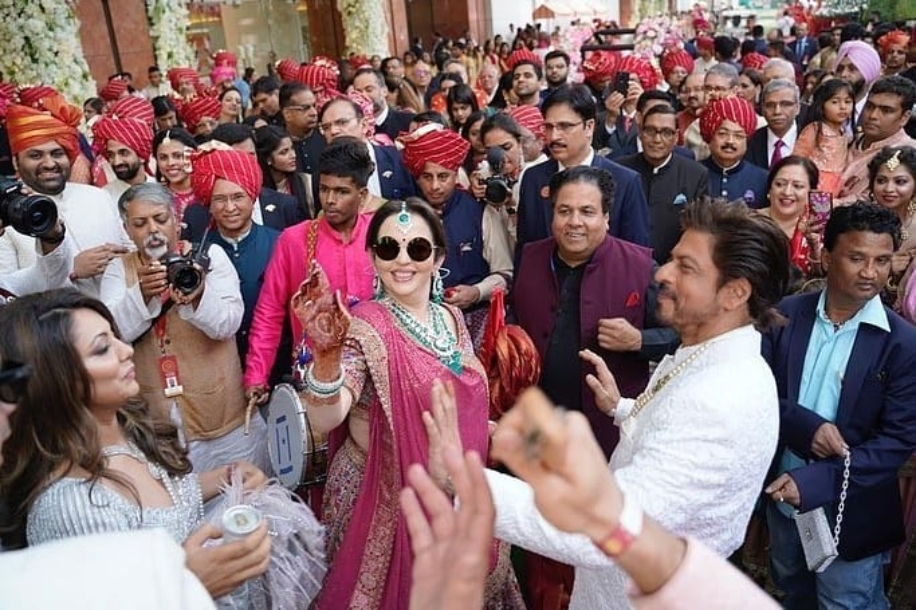 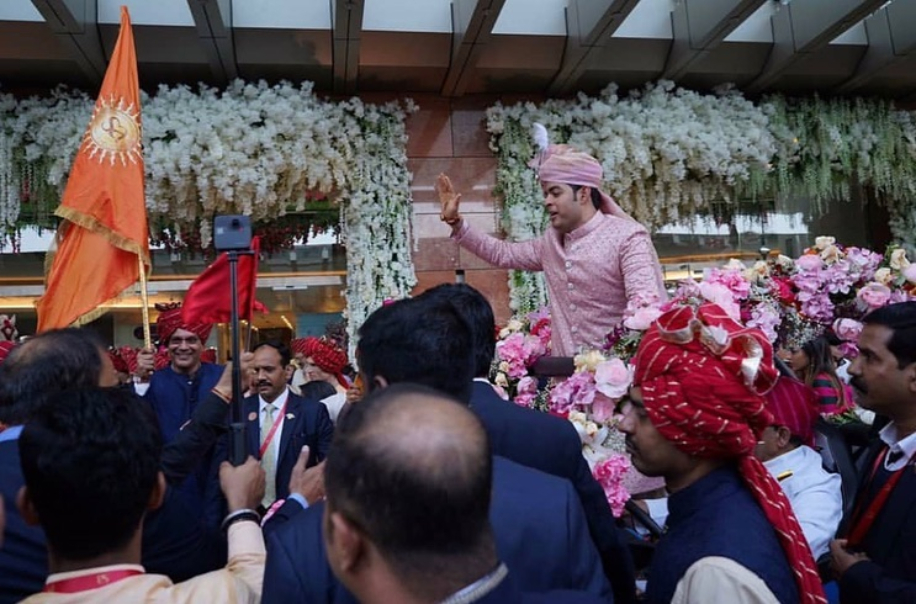 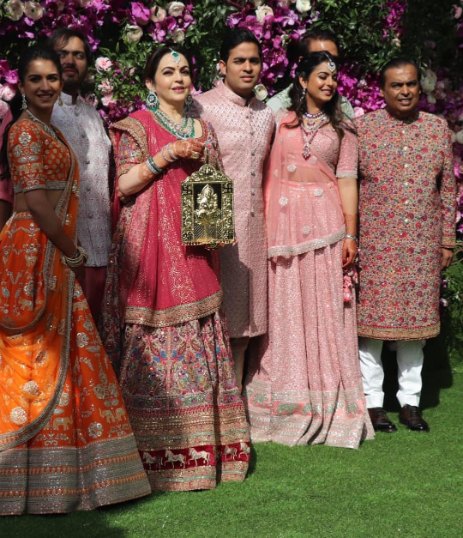 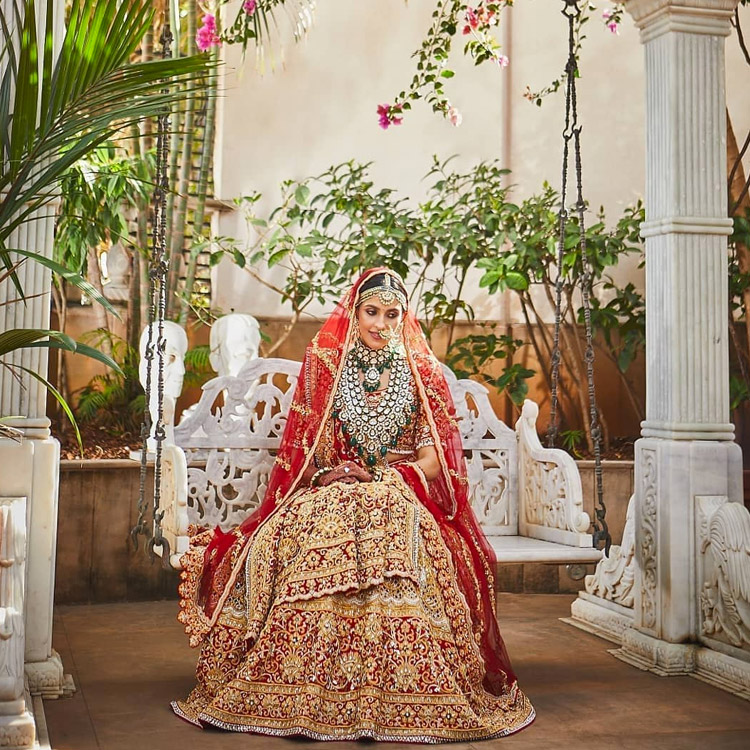 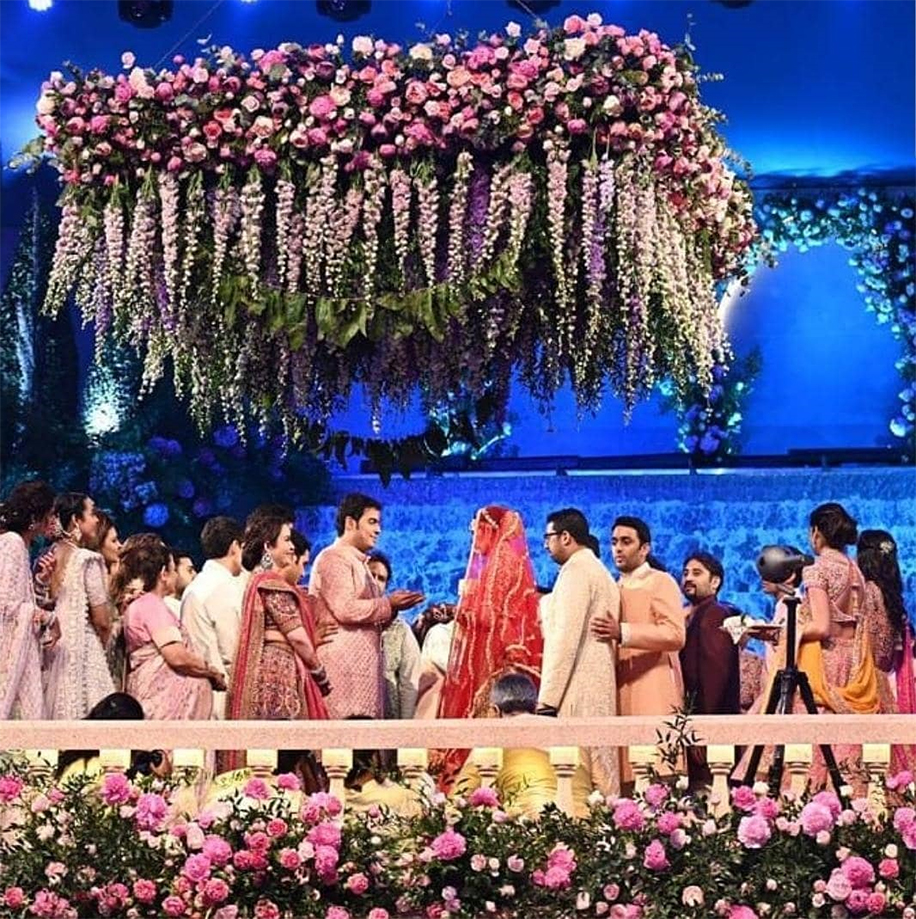 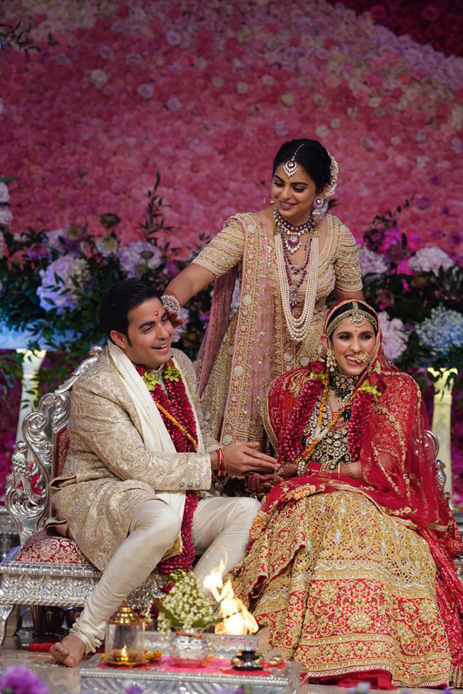 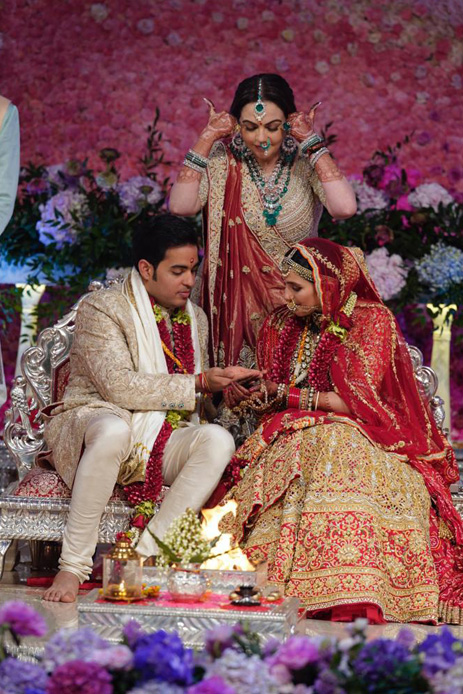 Mangal Parv
A day after the wedding i.e. on 10th March, the Ambanis hosted a post-wedding celebration (Mangal Parv) at Jio World Centre. Akash and Shloka both donned creations by Manish Malhotra. The mother of the groom, Nita Ambani, too opted for a beautiful customised Manish Malhotra in shades of pink with embroidered art. One of the highlights of the evening was her classical dance on Achyutam Keshawam Vishwa Damodaran. 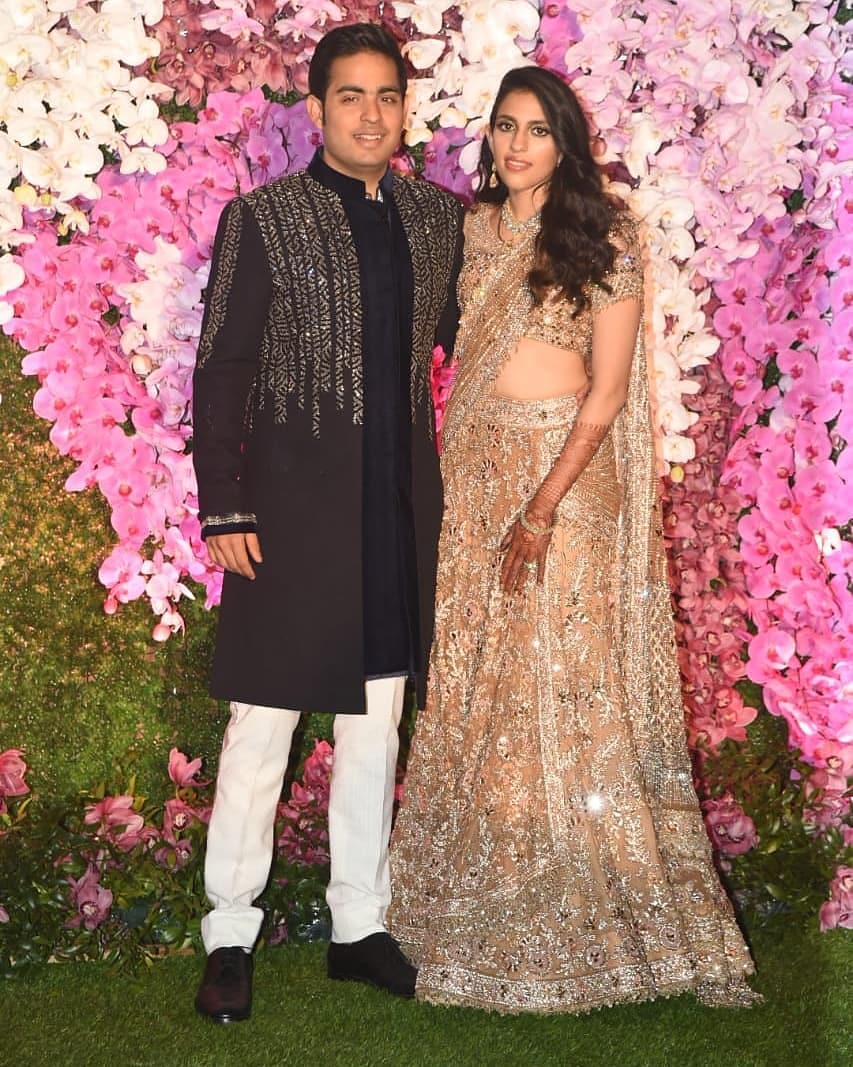 Later, international pop band Maroon 5 led by singer Adam Levine performed their hit tracks and had the couple grooving to their numbers ‘She Will Be Loved’ and ‘What Lovers Do’.

Reception
The finale function, Reception on 11th March saw a huge turnout of guests (guesstimates indicate the number at 20,000). The three halls were bedecked with flowers and huge installations. In the pre-function area, guests could enjoy a range of foods from the most popular European cafes, Ice Creams, and street food and sweets from India. The Ambanis, Mehtas and the newly-weds greeted all the guests at the spectacular stage in the main hall. After wishing the newly-weds, guests proceeded to the dinner area to experience the meal curated by Foodlink and other caterers, featuring traditional Gujarati dishes like Undhiyo and Kathiawadi Dal, Kashmiri recipes like Dum Aloo and Haak Saag, and the best of world cuisine. 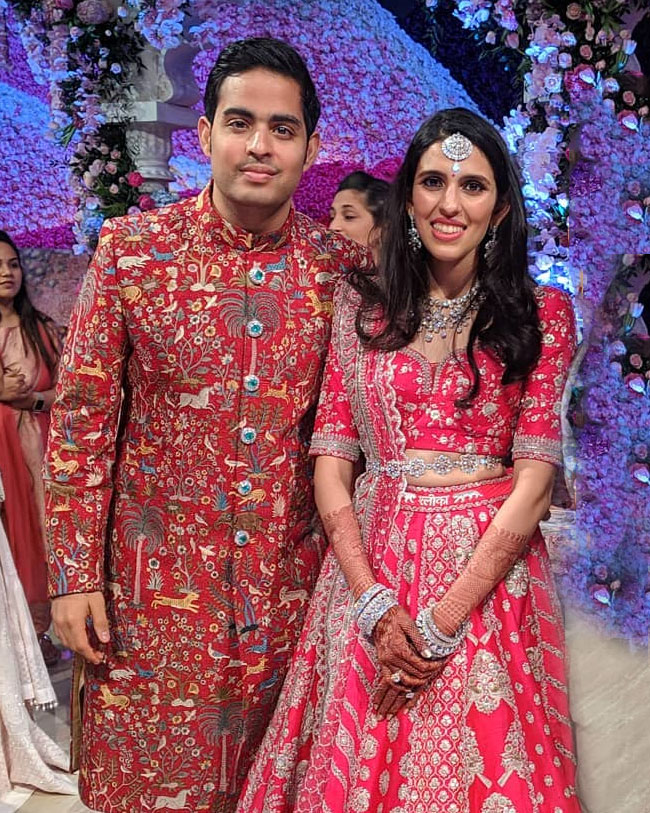 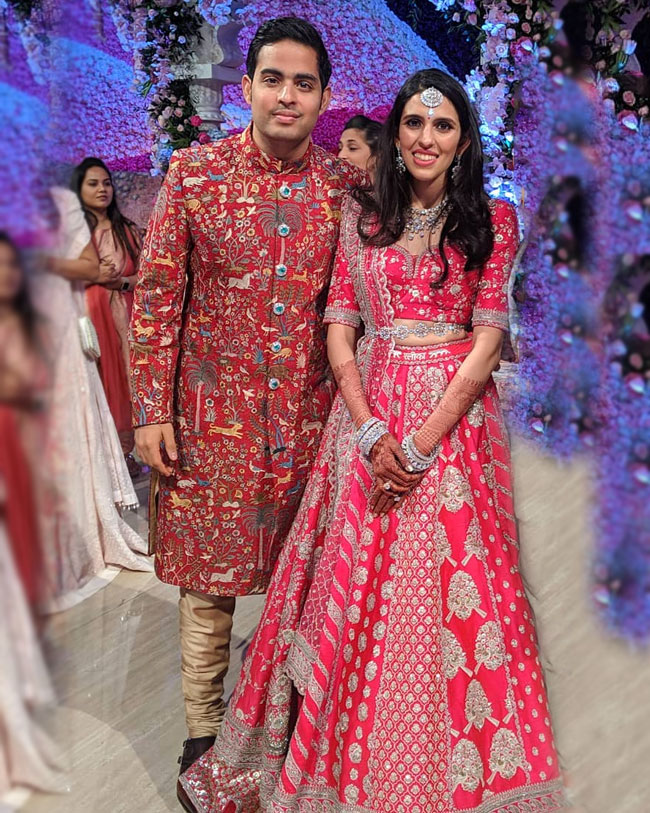 On all the three days, the three halls and adjoining gardens of Jio World Centre were bedecked with larger than life installations with scenic and flowery backdrops orchestrated by Delhi’s The Wedding Design Company (WDC) and talented florists and wedding designers extraordinaire from Mumbai, US, UK, and Tuscany (see Wedding Makers list below).