New York model and Royal Rajput Anjhula Singh Bais’s wedding to Cumberbatch Scion Satish Selvanathan in Rajasthan was an affair attended by high profile guests from all around the world. Anjhula Singh Bais, daughter of Thakur Birendra Bikram Singh Bais and Thakurani Asha Singh Bais graduated from LSR, Delhi and then moved on to UK and US to pursue her modelling and further studies in psychology. She and Satish live in New York where they both pursue their successful careers. 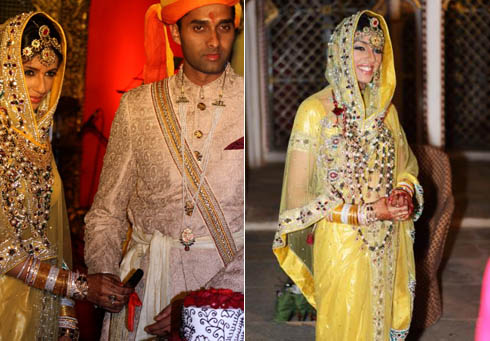 Anjhula wore a 5 layered kundan/pearl necklace inspired by Jodha Akbar that took the Gem Palace, Jaipur 3 months to make. Gem Palace, Jaipur consciously maintains a low-profile but their clients include some of the most high-profile celebrities. Many Rajput Royal families and international icons like Mick Jagger, Jackie O and Princess Diana have got their jewels made by Gem Palace. 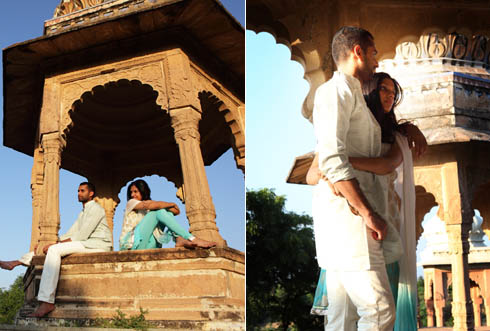 Anjhula and Satish at the temple prior to the wedding events

The highlights of the October wedding included:

Royal luxury air conditioned tents set up in the middle of the desert. Camel carts brought in the guests luggage to their rooms and tents Guests were ferried in the royal armoury one tonne vehicles from one ceremony to another 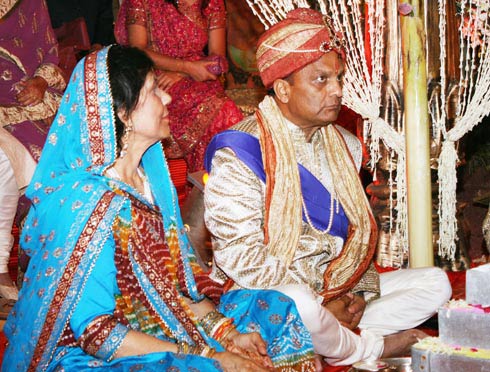 Elephant polo had the groom’s side friends playing against the bride’s side (the groom side won by one goal!), the elephants (all 9) raised their trunks to salute the couple as they walked in, and one elephant garlanded the couple with its trunk! At the Mughlai opulence theme sangeet, a slide show was played documenting each phase of the bride and grooms life.

Satish and Anjhula took 20 close friends on a tiger safari in Rathambore, Gem Palace in Jaipur and the Taj Mahal in Agra.

In Delhi, industrialist Mohit Burman hosted a dinner for the newly-weds at his Prithviraj Road residence. 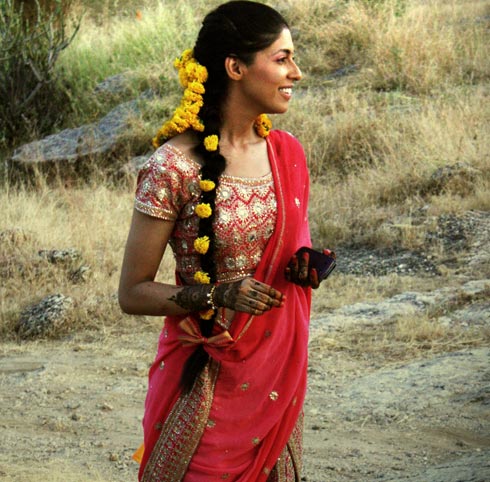 For the street food/ yellow/ pink bazaar themed Mehndi, Anjhula wore a pink lehenga with mirror work from Chandni Chowk, one of her favorite markets in the world. The oldest guest was Baron William De Gelsey, 90 from Hungary 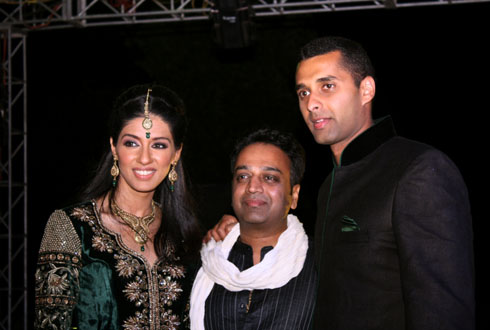 With their good friend Nalin Gupta. Anjhula is wearing a velvet green outfit by Shyamal and Bhumika.