Pro WWE Champion and actor Dwayne “The Rock” Johnson wed his long-term partner Lauren Hashian in an intimate hilltop wedding ceremony in gorgeous Hawaii. The handsome couple share two daughters: Jasmine, age 3, and Tiana, age 16 months. The family looked filled with love and happiness in sweet pictures from the wedding, which they shared on Instagram. 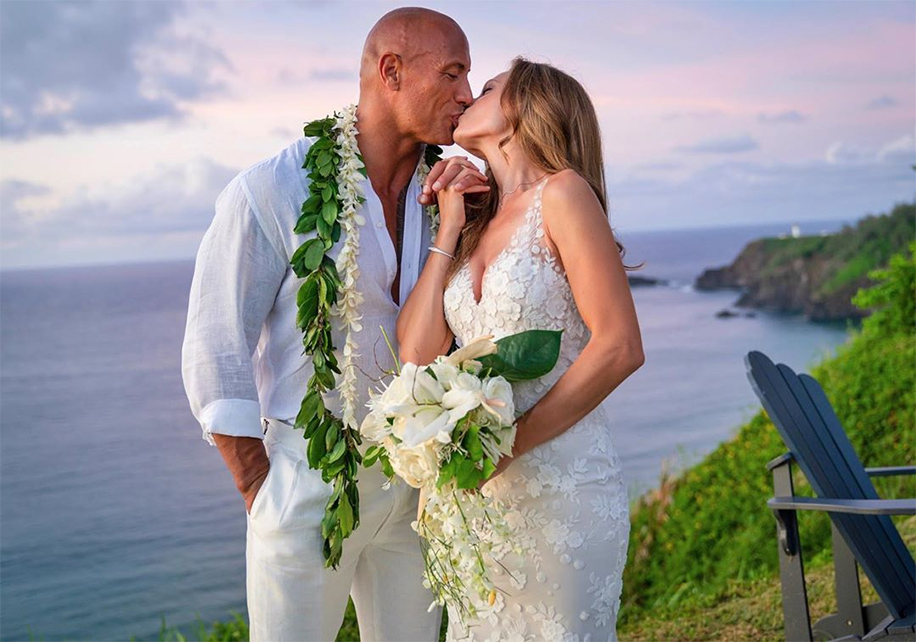 The ceremony was held in the early hours of the morning atop a gorgeous hill that overlooked the ocean. It was followed by a breakfast reception. Guests consisted of just the couple’s family. The décor was made up of pristine white elements, matched to the statement outfits of the newlyweds. Johnson rocked a sharp white-on-white ensemble by Ralph Lauren, later changing into a floral shirt for the party. Lauren wore a low-cut lace creation by Mira Zwillinger. Their daughters, who were flower girls at the wedding, wore white dresses and pink flowers in their hair; their smiles mirroring their daddy’s iconic grin. The little girls stole the show and their proud parents gushed about their cute antics on social media.

The Hawaiian actor embraced his traditions by wearing two customary leis, and the reception had a Hula dance in which Jasmine reportedly performed.

The star then spent a few days in quiet solitude with his wife at Kauai and expressed his gratitude to the people of Hawaii for affording him a rare moment of privacy, saying in a heartfelt post, “I was able to sit in the middle of a restaurant undisturbed, eat, have drinks, watch TV’s above the bar and just relax and enjoy company. Hell, I was even able to look down on the roads below and people watch as they walked thru town, in a non creepy, but sorta creepy way of course. Grateful mahalo to our friends at #HanaleiNorthsideGrill for quietly shutting down their spot so I could have some honeymoon time with @laurenhashianofficial.” 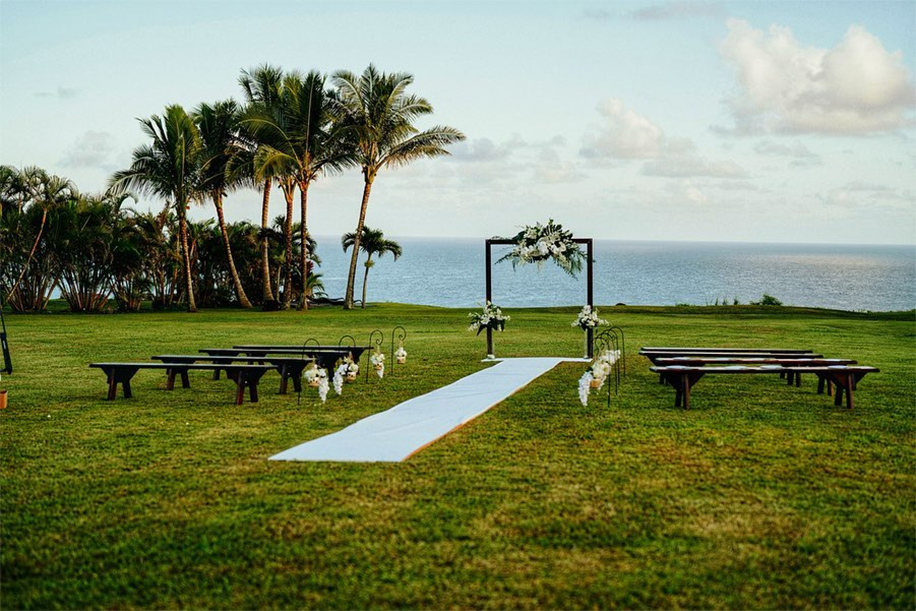 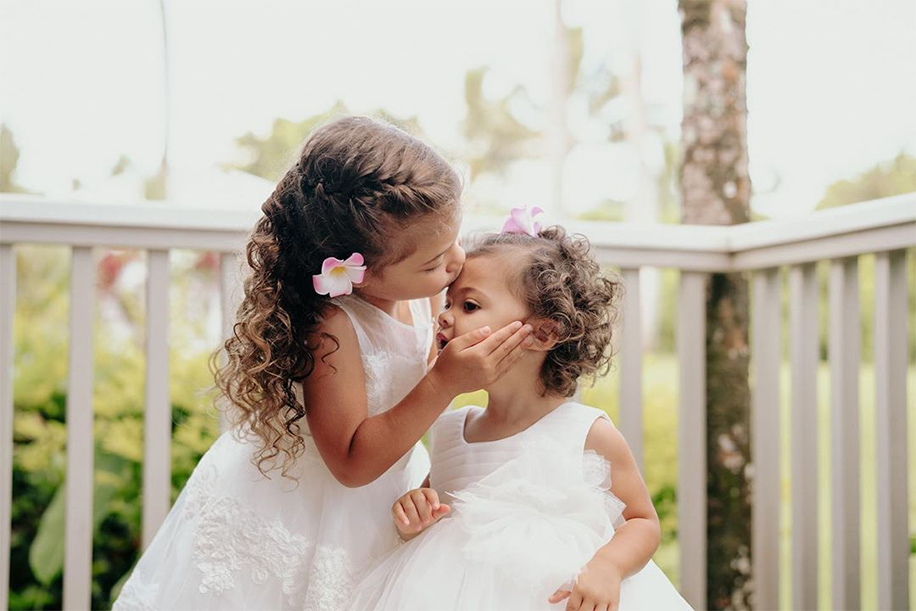 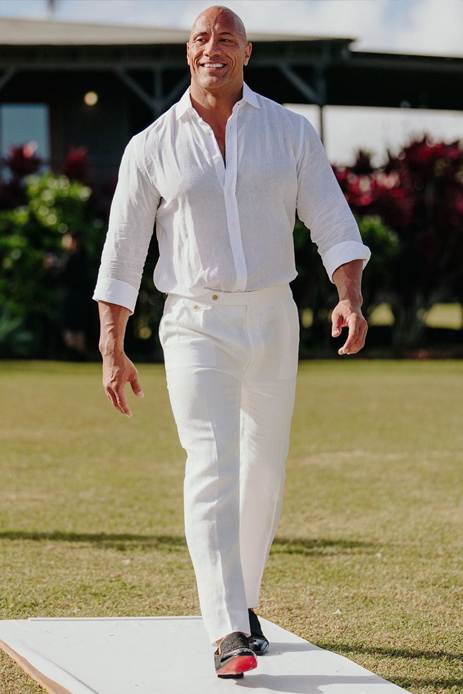 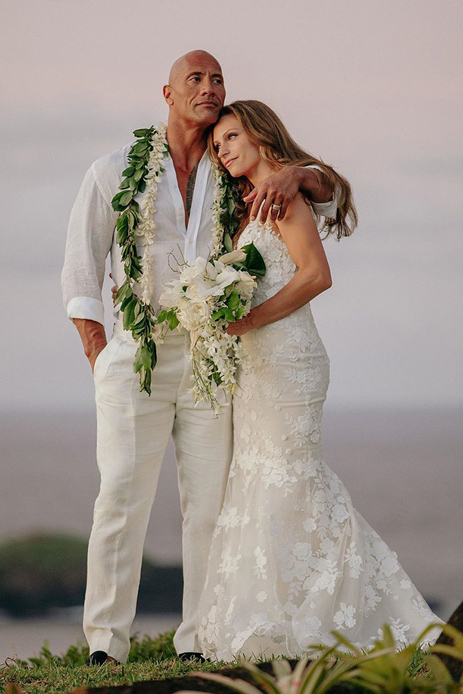 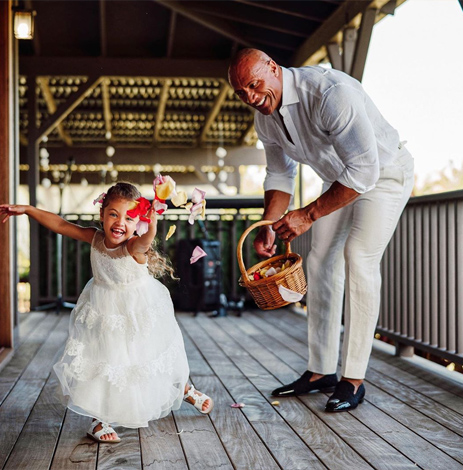 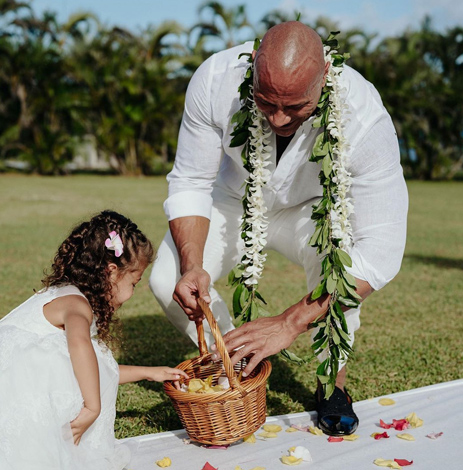 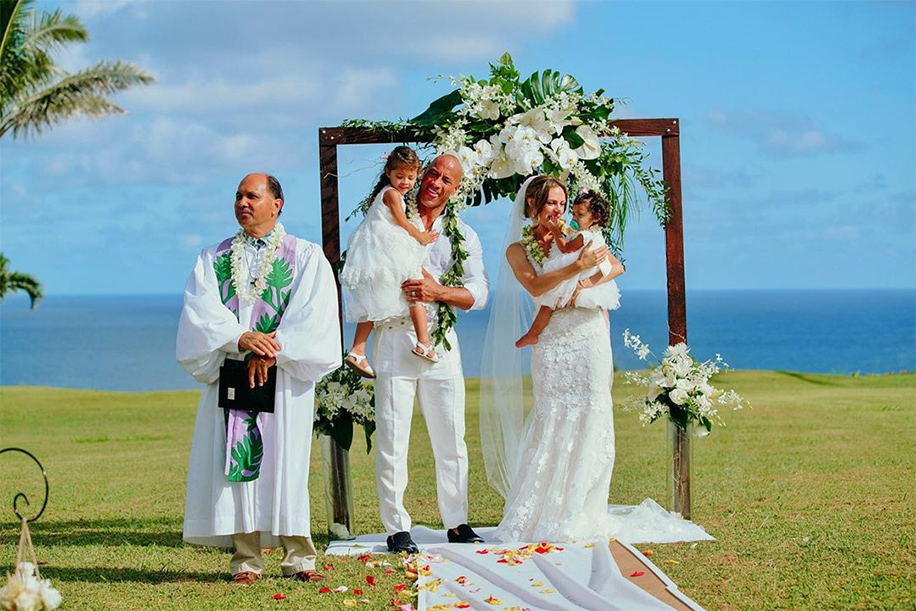 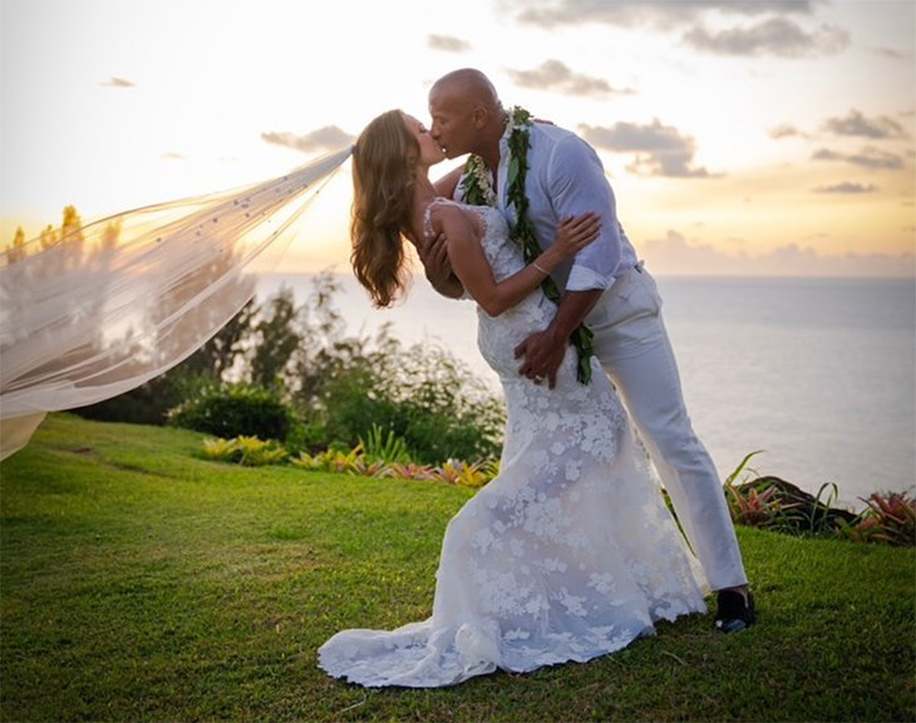 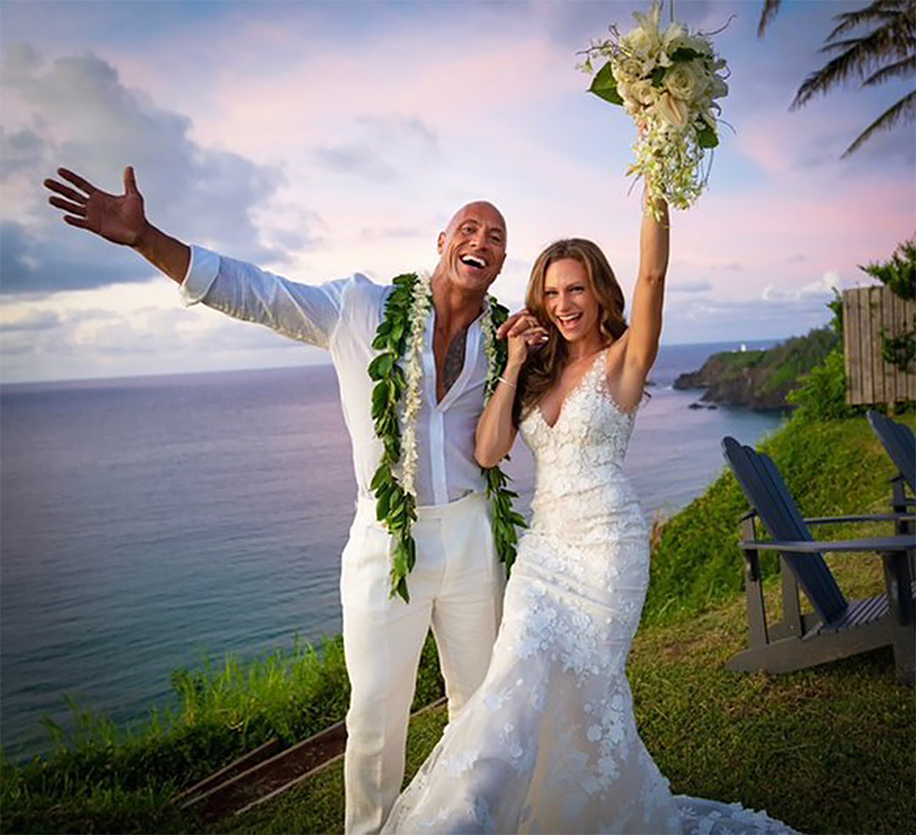 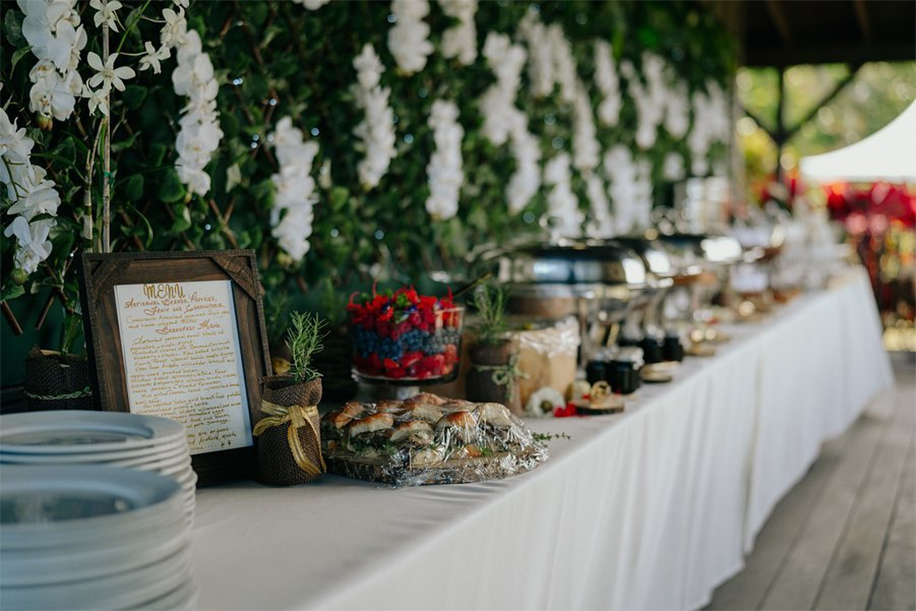 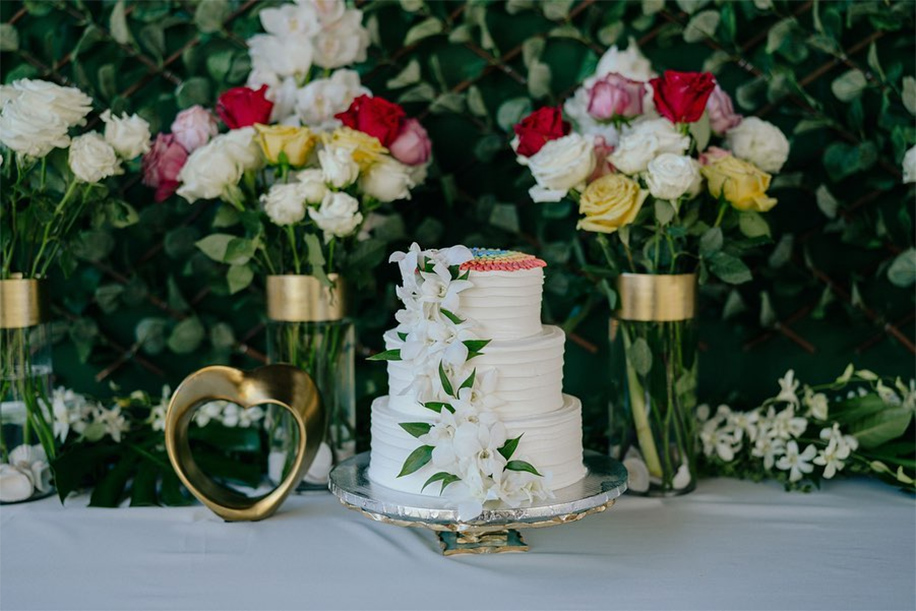 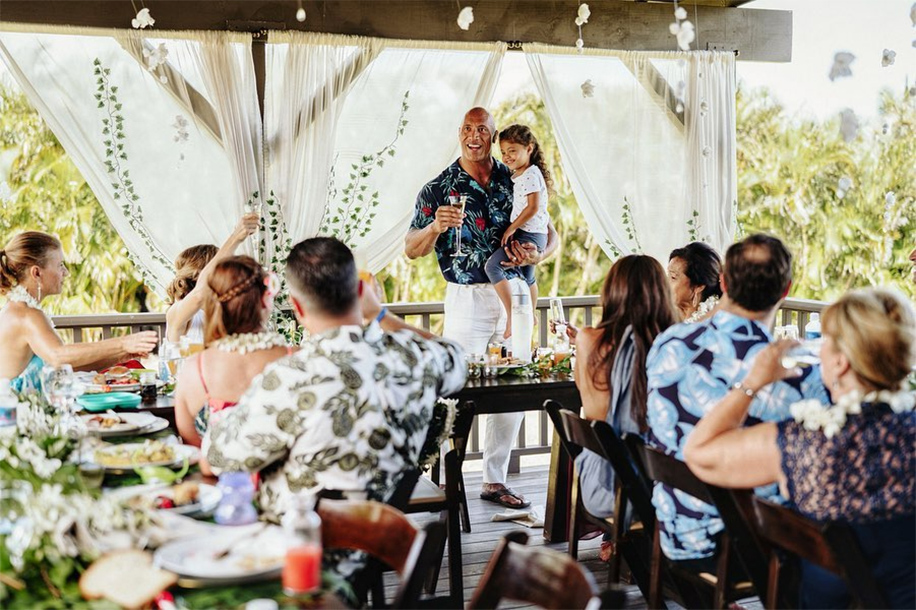 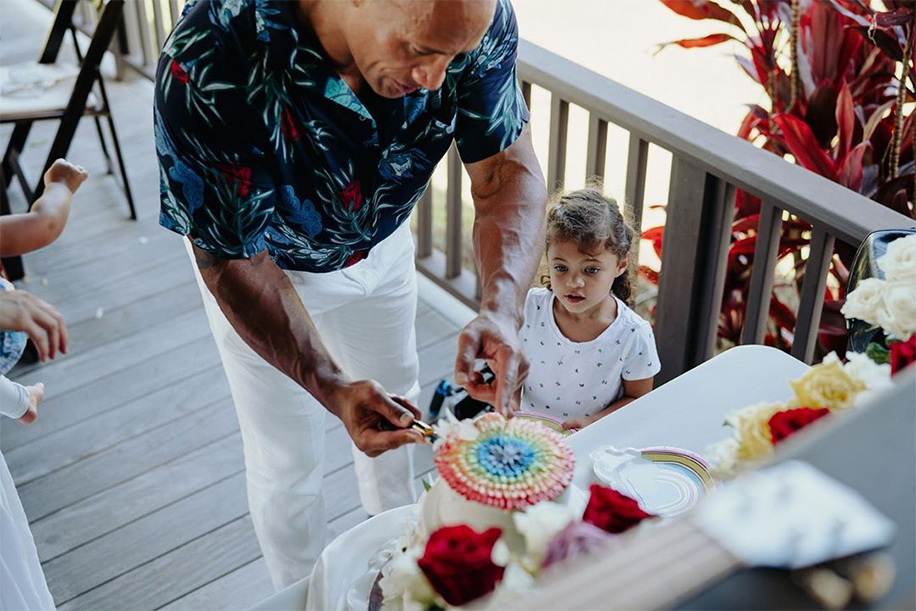 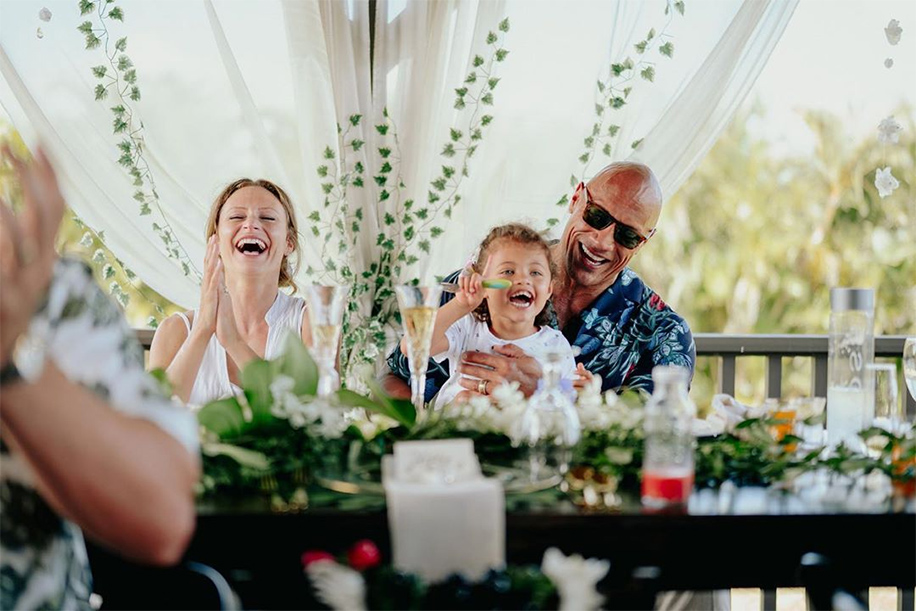 Johnson, who amicable split from his first wife in 2007, has another daughter, Simone Johnson. He met Lauren during the shoot for the film “The Game Plan” and they have been together ever since.