The couple’s charming Catholic wedding was attended by some UK royals and singers like Ed Sheeran and Katy Perry.

UK pop sensation Ellie Goulding said ‘I Do’ to fiance Caspar Jopling in a traditional wedding that took place at the York Minster Cathedral in England. The ‘Love me like you do’ star announced her marriage through a romantic Instagram post that thanked all her well-wishers for their love and support. 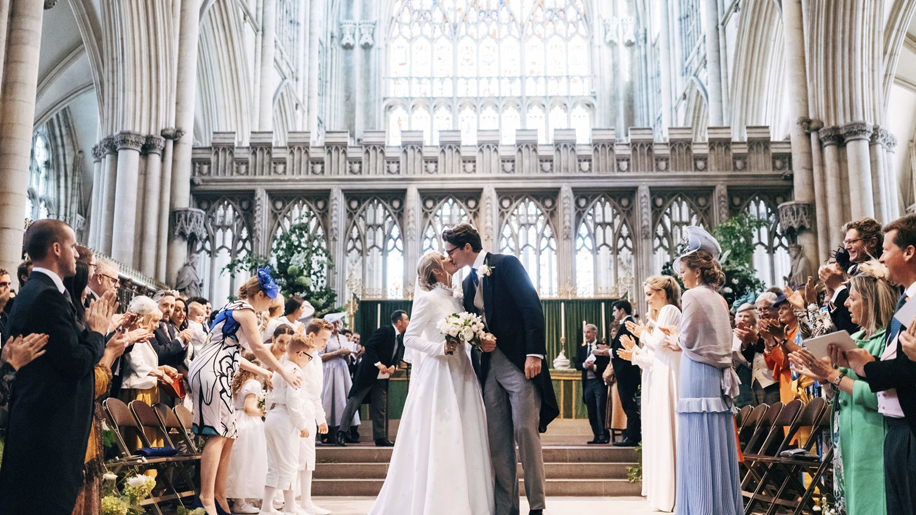 The bride wore a bespoke Chloé silk crêpe wedding gown, hand-embroidered with white roses. Speaking of her choice of ensemble, Ellie said, “Chloé is intrinsically romantic and designer Natacha Ramsay-Levi had a vision that was so modern and relevant that I knew it would fit with the themes of my wedding. I have loved the house and its incredible team for years, so it only seemed right for Chloé to play a big part in this special day. Natacha worked alongside me to design something timeless and classic, but with all the Chloé spirit. Some of my inspiration for my Chloé gown ultimately came from historical brides, particularly Jane Seymour, whose dress was decorated with beautiful embroidery.”

The wedding ceremony kickstarted with the bride arriving at the Cathedral seated in a vintage Volkswagen camper van wearing a full veil. Her bridesmaids, dressed in pretty white gowns similar to the bride’s, helped her enter the holy venue. 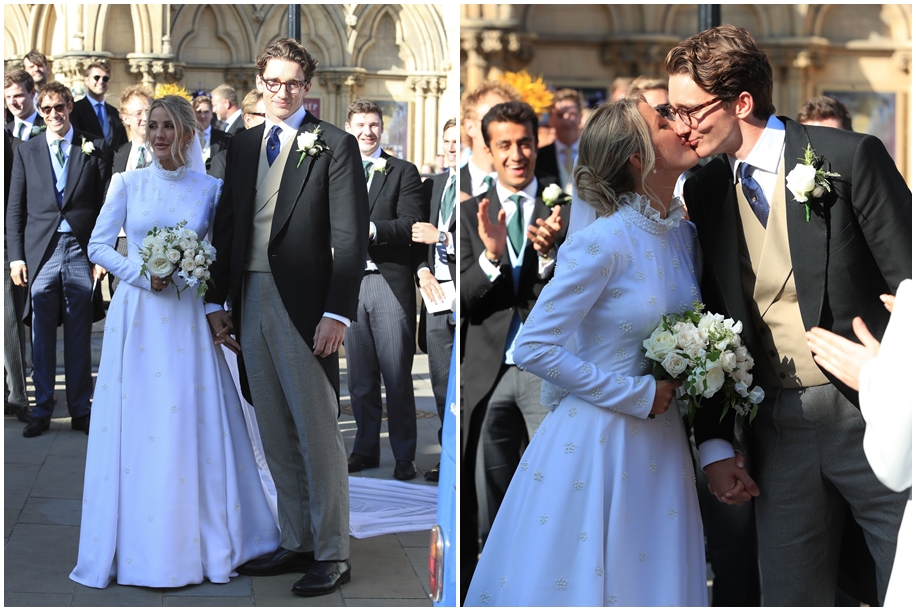 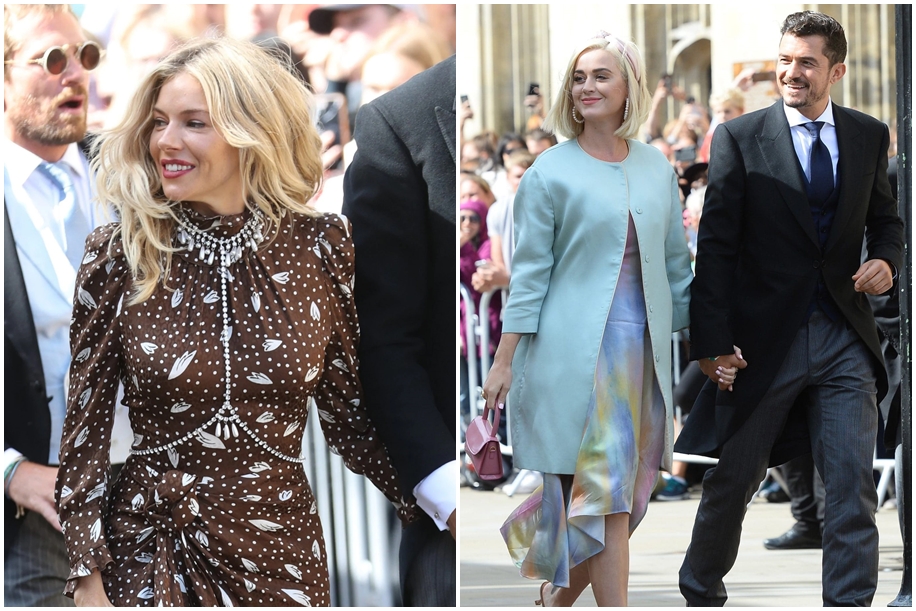 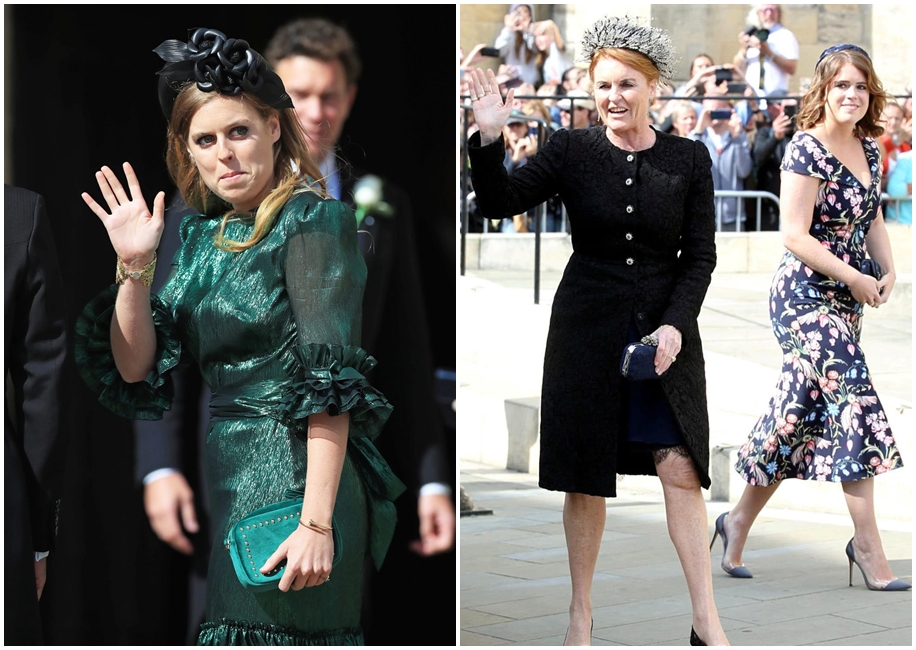 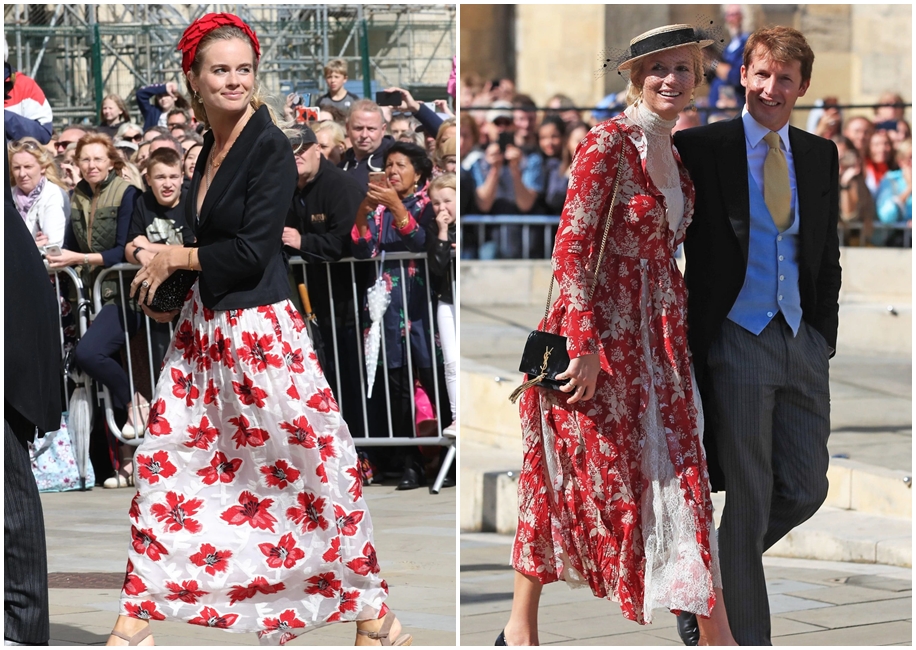