Their intimate celebration was marked by unbound joy and endless love.

“Age is just an issue of mind over matter. If you don’t mind, it doesn’t matter.” – Mark Twain

When the world heard about Milind Soman seeing a much younger Ankita Konwar the news was received with much scepticism. However, the adorable pictures from their wedding in Alibaug are sure to win everyone’s hearts. After dating for over two years, the fitness enthusiast tied the knot on 22nd April 2017. They celebrated their big day in the company of their loved ones in a private wedding. 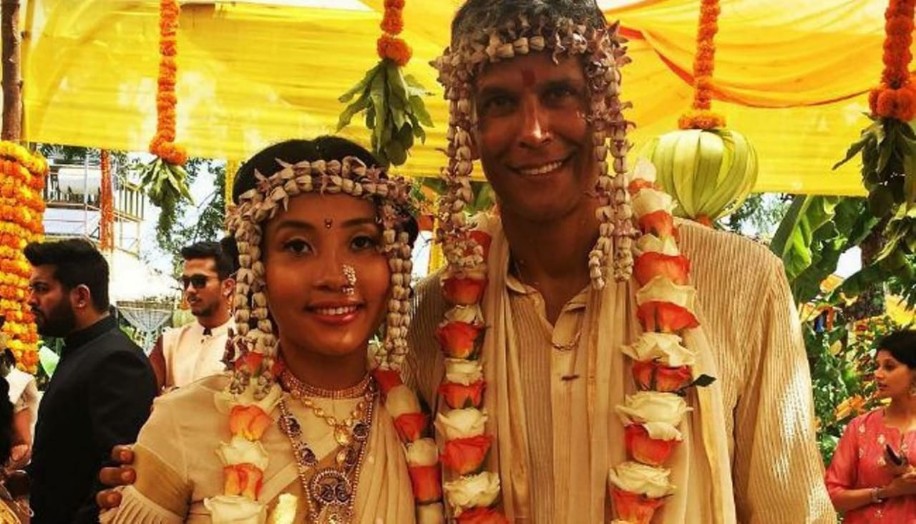 The nuptials were spread over the period of two days. The revelries began with their mehndi where the bride was seen wearing a yellow lehenga that was paired with jewellery crafted using fresh blooms. The groom, on the other hand, opted for a white dhoti kurta and looked dapper as ever. Social media platforms were flooded with videos of the two shaking their leg to catchy Bollywood numbers such as on ‘Oonchi Hai Building’ and giving into the spirit of the occasion.

Their haldi ceremony followed the spirited mehndi function. For which the area was decorated using yellow and orange marigolds. For this event, Ankita opted to wear a yellow saree while Milind kept it casual in a t-shirt and pair of shorts. 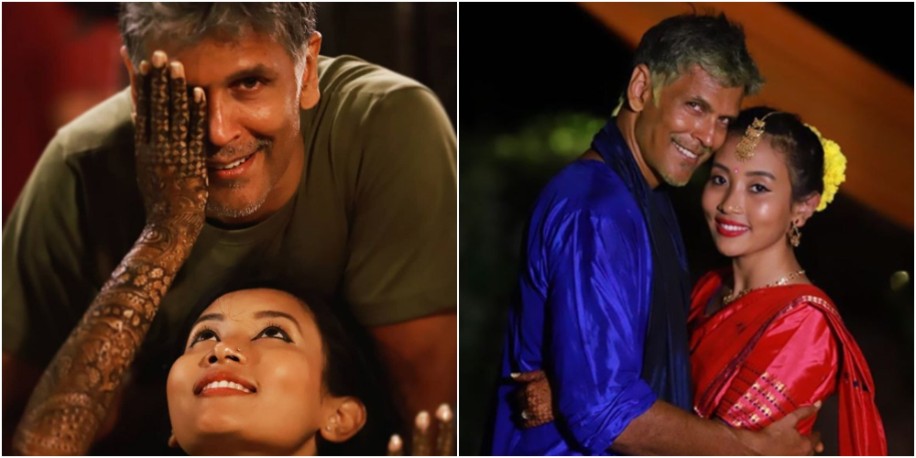 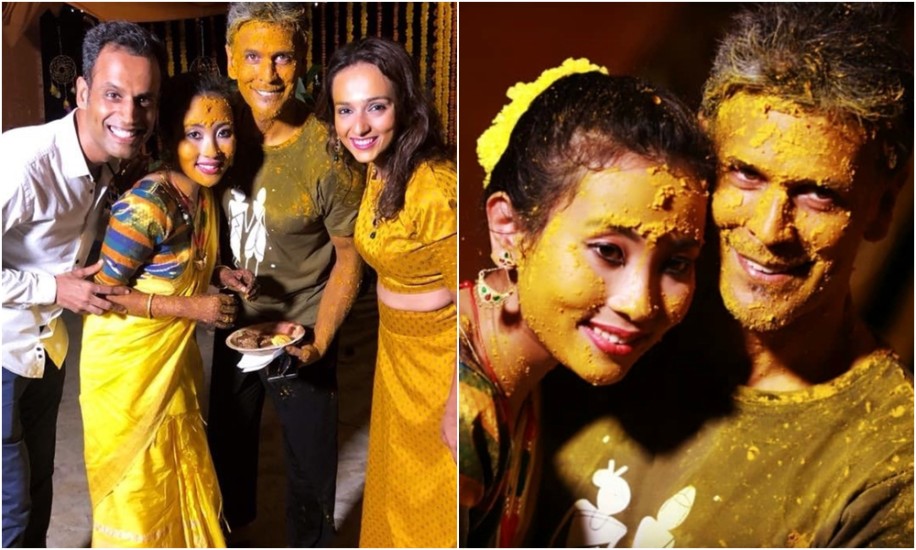 As the stars made their way to the sky, the couple and their guests prepared for their sangeet ceremony. Romantic tracks like ‘Ishq Sufiyana’ and more set the mood for the night. Dressed in vibrant colors, as the duo danced together to soft and soulful numbers, their love for each other was evident. The night also saw a performance by a live band.

The following day, love-birds wed as per Maharashtrian rituals which they amalgamated with a few customs from Assam as a nod to both their cultures. For the ceremony, the bride and the groom were a color-coordinated couple. While Ankita looked resplendent in a crisp cream and golden saree which she paired with ornaments crafted in gold, Milind opted for a kurta in the same hue. 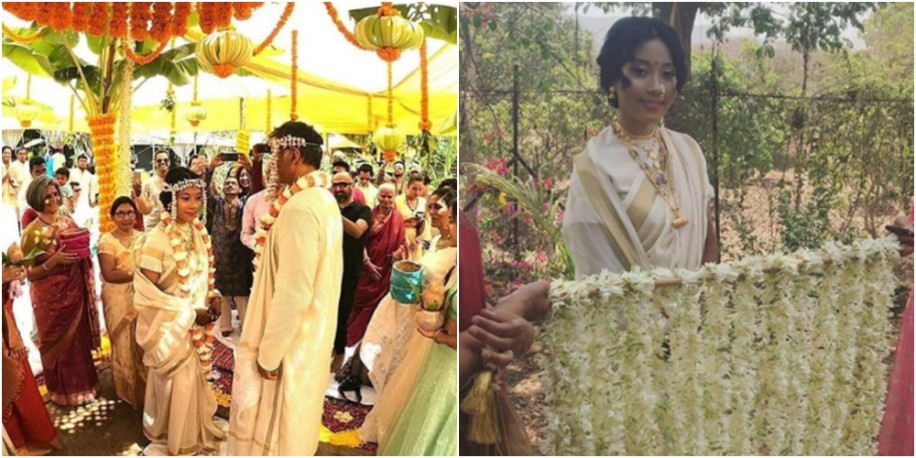 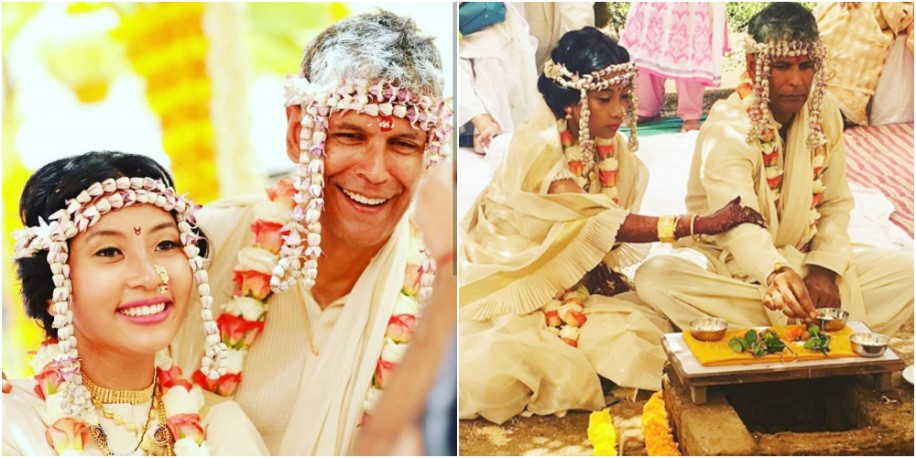 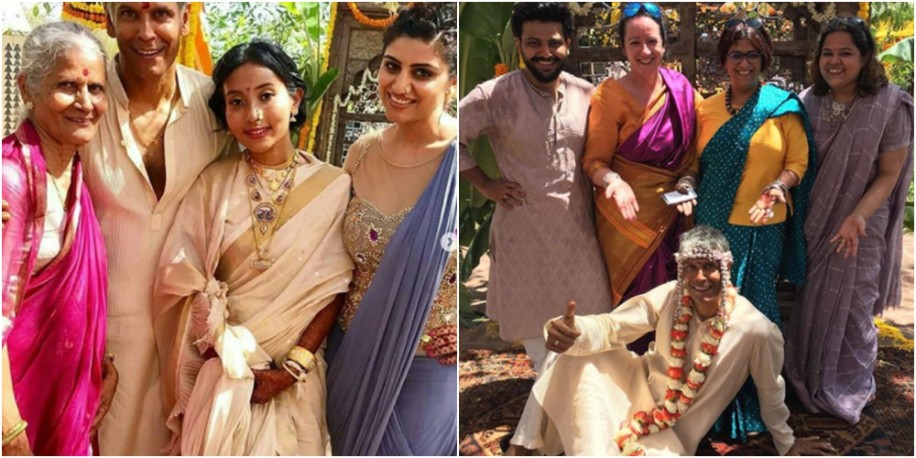 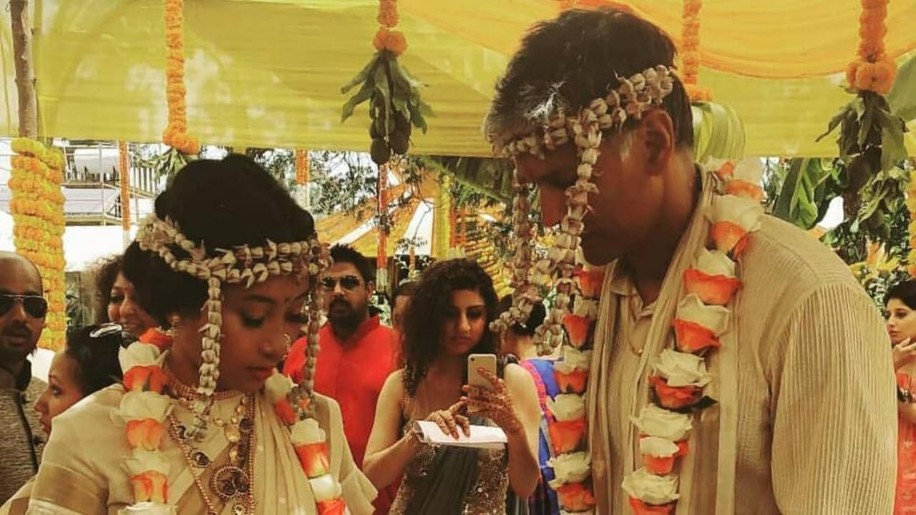