Indian Idol judge and former contestant Neha Kakkar, who rose to fame for her unique voice and peppy Punjabi numbers tied the knot with Singer Rohanpreet Singh in a spectacular celebration in New Delhi, which was attended by a number of Punjabi and Hindi entertainment industry stars. The couple who had kept their relationship under wraps for a long time, unveiled their engagement to the world in October with an Instagram post saying ‘You’re mine’. 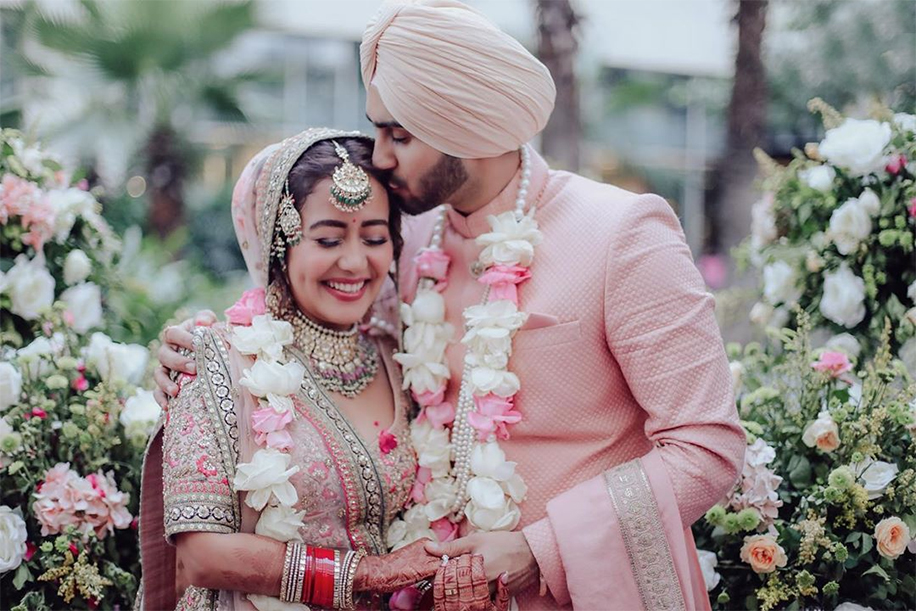 Their festivities kicked off with intimate Haldi and Mehendi festivities. The couple looked radiant as they showed off matching ensembles creating a picture of love with dazzling smiles on their faces. 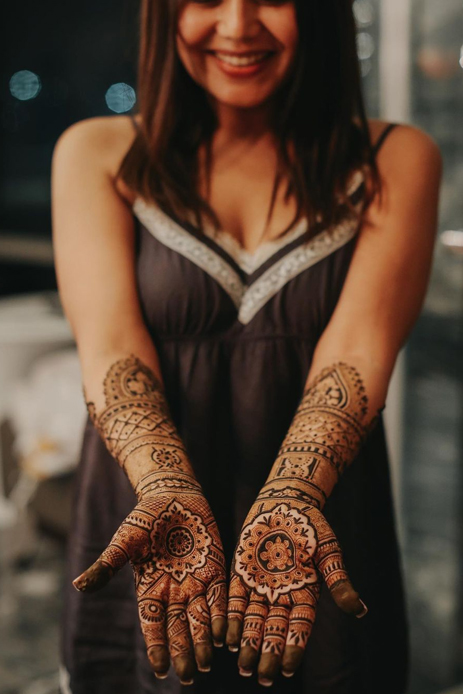 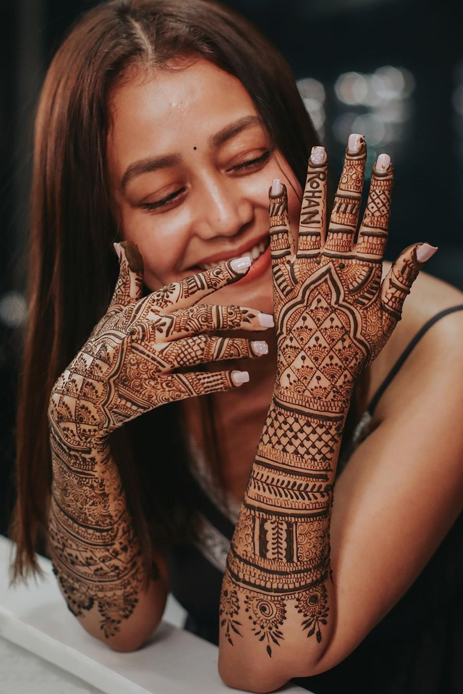 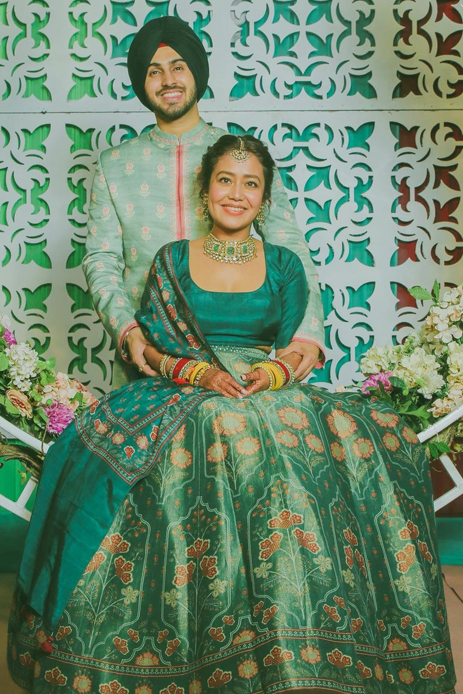 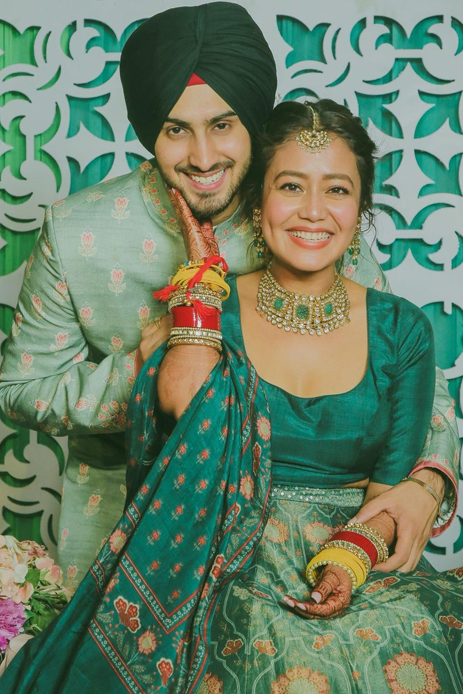 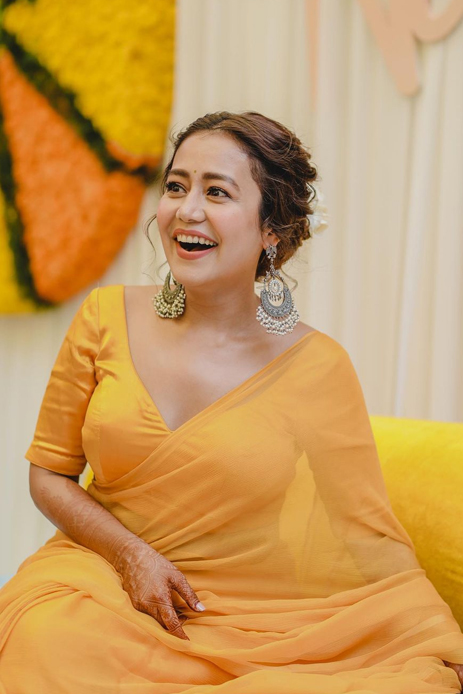 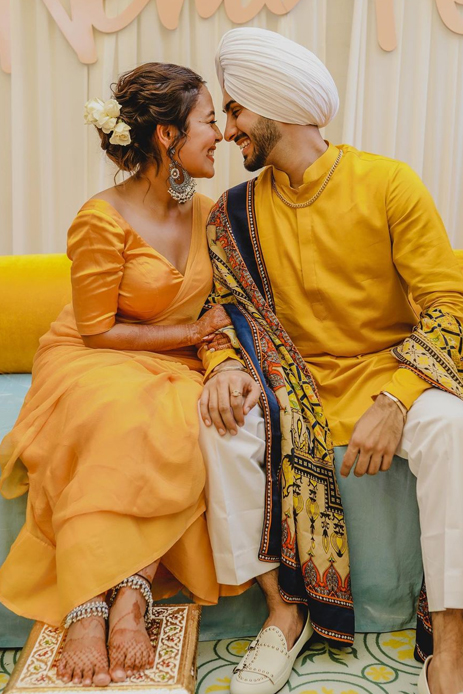 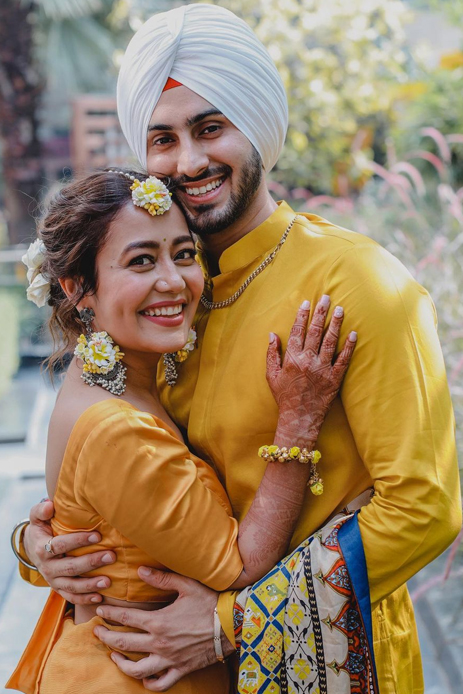 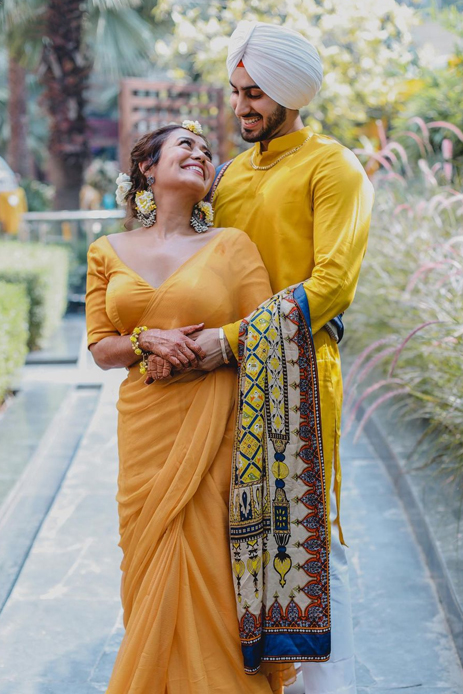 The Sangeet ceremony saw colossal decor that exuded fairytale-like charm. Neha sported a fuchsia pink Anita Dongre lehenga while Rohanpreet cut a stunning figure in his pristine white tuxedo by Tisa Studio, with bright pink accessories. The couple shone with happiness as they exchanged rings in front of their loved ones. 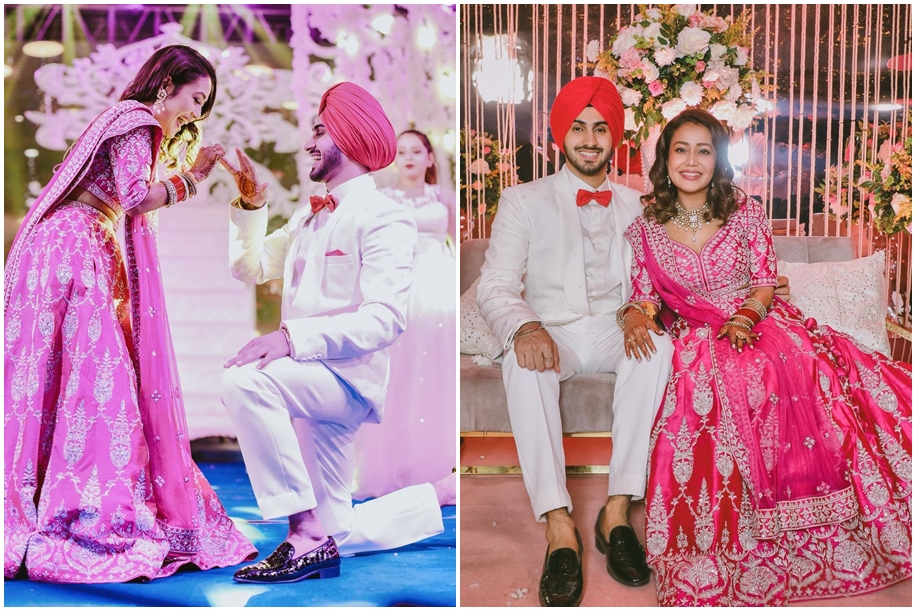 They got hitched in a traditional Anand Karaj ceremony on Saturday, October 24th at a Gurudwara in New Delhi. Pictures shared by the couple and Neha’s brother and singer Tony Kakkar, showed the Sabyasachi couple looking mesmerizing in blush pink against a façade of romantic, floral décor. 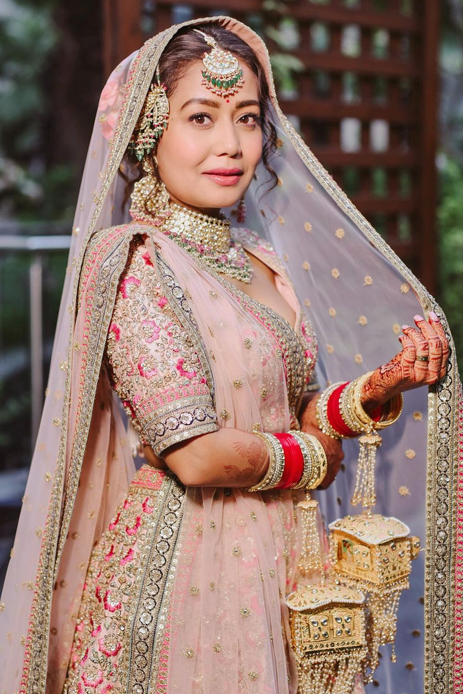 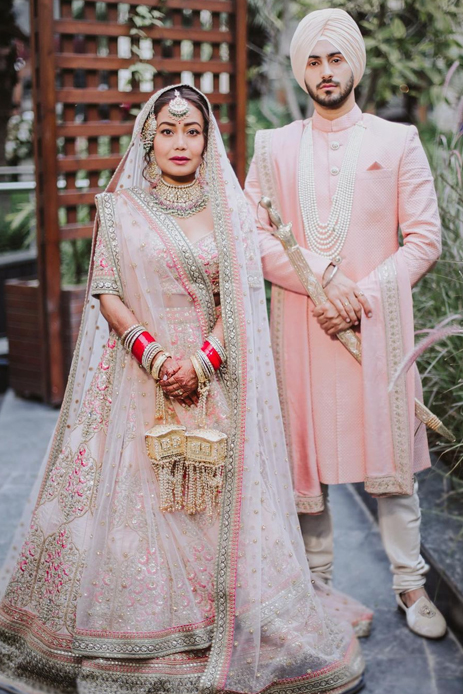 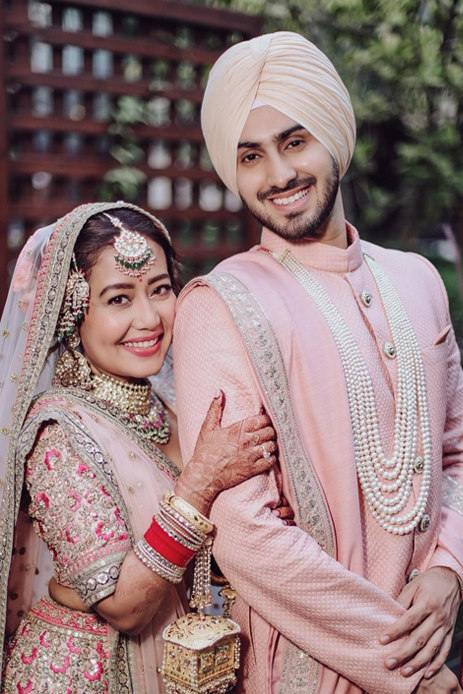 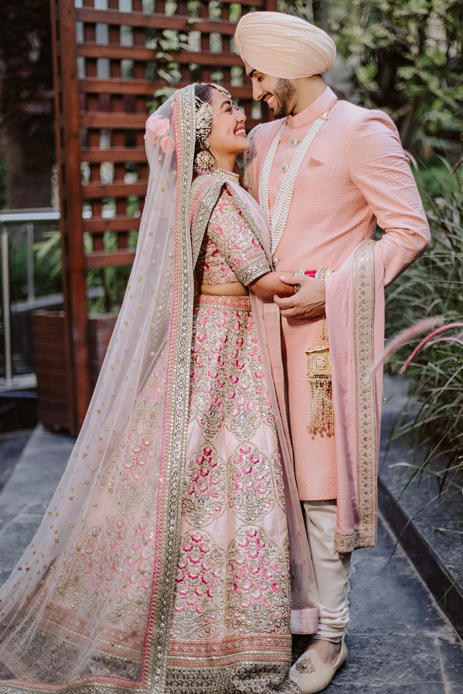 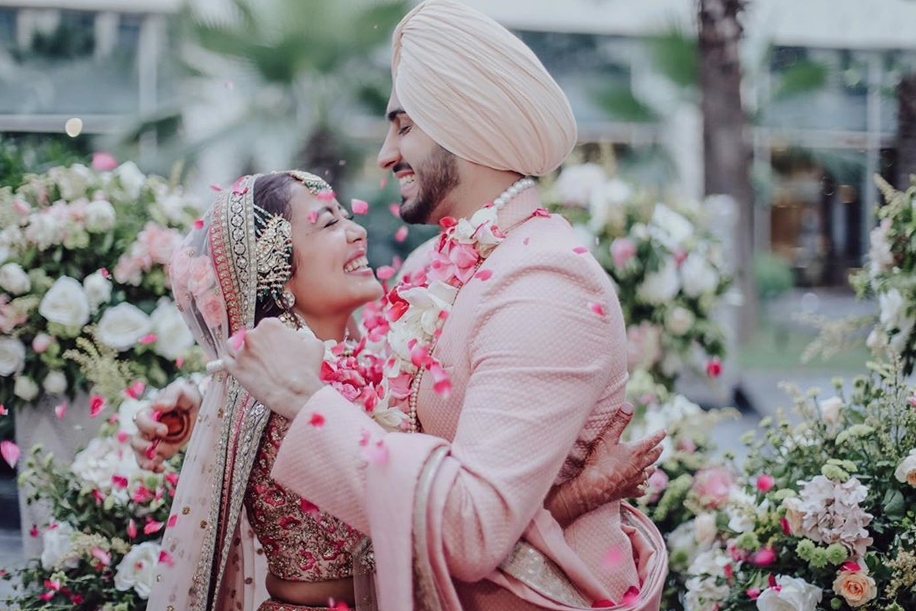 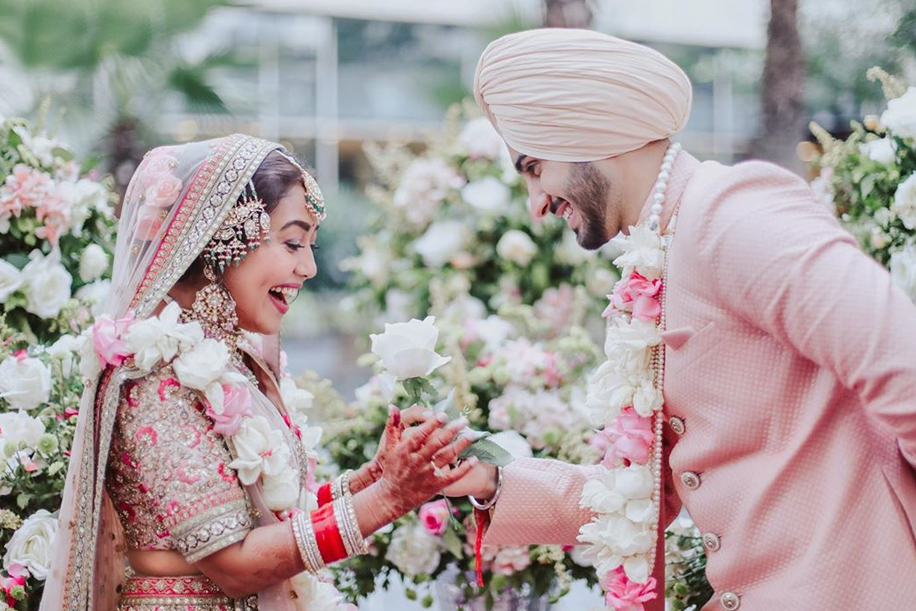 The Anand Karaj was followed by a night wedding ceremony for which Neha sported a red, embellished lehenga that Rohanpreet complemented perfectly in a pink and red sherwani, both of which were designed by Falguni and Shane Peacock. Videos that have now gone viral showed the duo dancing together. Their recently released ‘Neha Da Vyah’ played in the background, along with many of her other songs. The night saw them both dedicating songs to each other as well. The festivities were followed by a grand reception with their loved ones in Chandigarh, for which Neha opted for a feathered white lehenga accessorized with diamond and emerald jewelry, while Rohanpreet donned a royal blue tuxedo.