This couple’s wedding was an affair that showcased regale, beauty, and splendor.

Celebrated in the heart of an ancient fortress, Pankhuri and Gautam’s nuptials were what fairytales are made of. WeddingSutra Favorite Knotting Bells captured glimpses from their lavish ceremonies in stunning frames featuring this poised, regal couple.

Read on to know more. 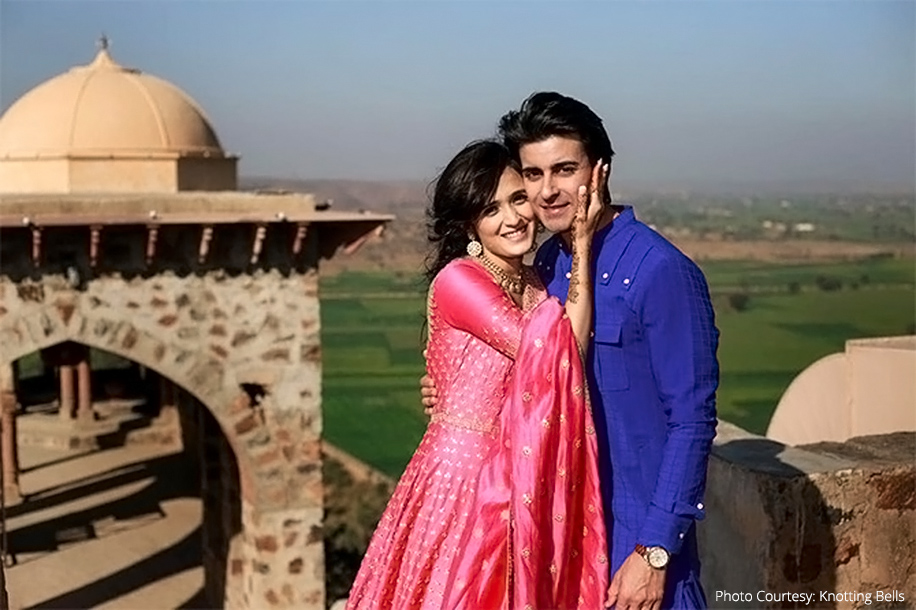 How We Met
Pankhuri and Gautam met on the sets of the TV serial Suryaputra Karn. While Gautam played the lead, Phankuri played the role of Draupadi.

Mehndi
The couple kicked off the celebrations with a fun-filled al fresco mehndi ceremony. The venue was decorated in bright colors, orange marigolds and beautifully carved frames that doubled up as striking photobooths. The bride wore a pink anarkali with heavy golden work while the groom opted for a deep blue kurta pajama that he teamed with a pair of golden juttis. 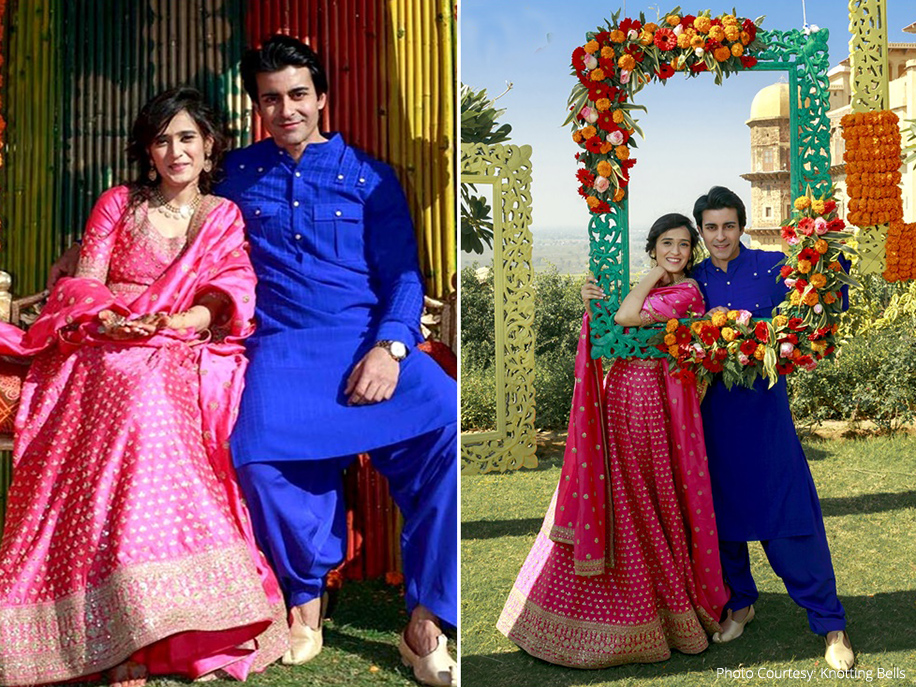 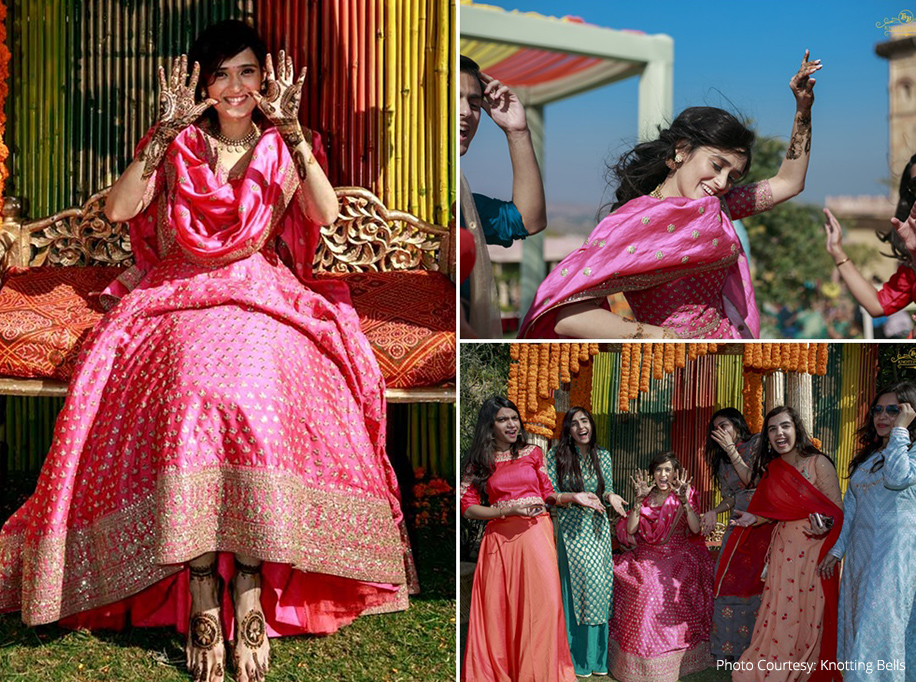 Shagan
An Ashley Rebello lehenga was Pankhuri’s outfit of choice for her Shagan. The pale pink ensemble featured sequences in the same color and white pearls. She teamed this with pearl and diamond jewellery for a look that was young and sophisticated. Gautam wore a cream kurta with a bandi that featured floral motifs. 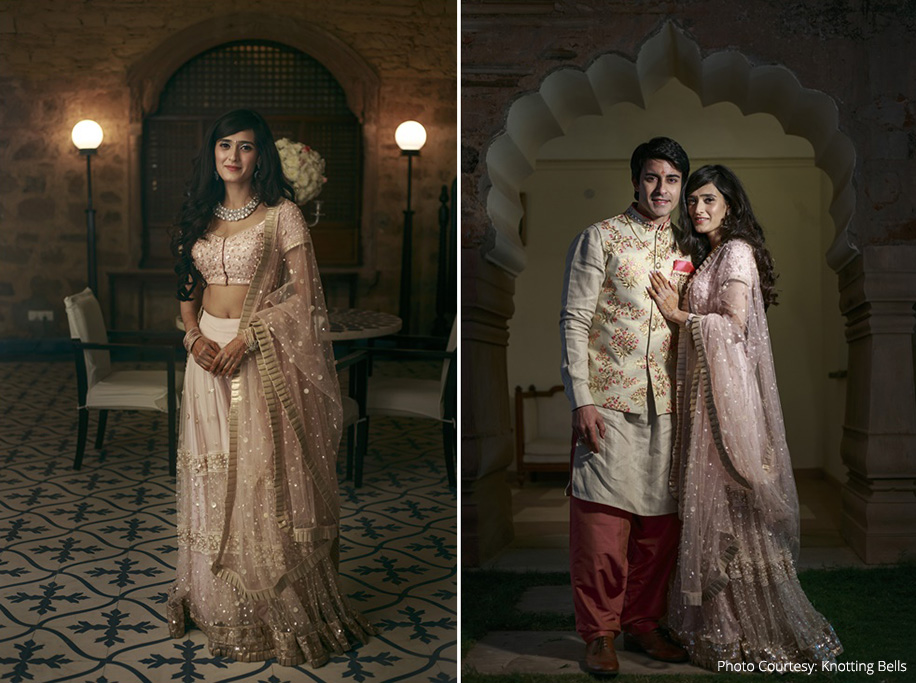 Sangeet
For their sangeet, Pankhuri channeled her inner Disney princess and opted to wear a baby pink gown by Ashley Rebello. With minimal makeup, a sparkling necklace and earrings she let her natural beauty shine through. Gautam wore a black tuxedo, rocked a bowtie and picked out a pocket square in the same color as her outfit. Strings of fairy lights created a twinkling roof at the outdoor venue and fresh flowers adorned their stage. 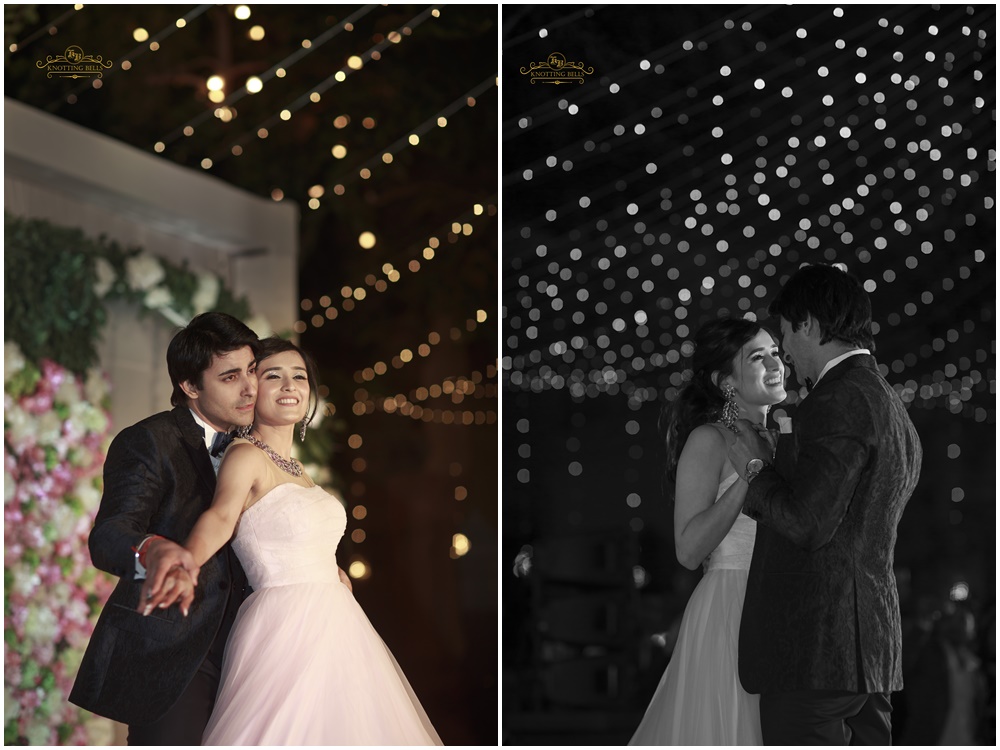 Haldi
The following day began with the duo’s haldi ceremony. Both wore orange; Pankhuri matched her lehenga with some pretty floral jewellery while Gautam wore a dhoti that matched her outfit. 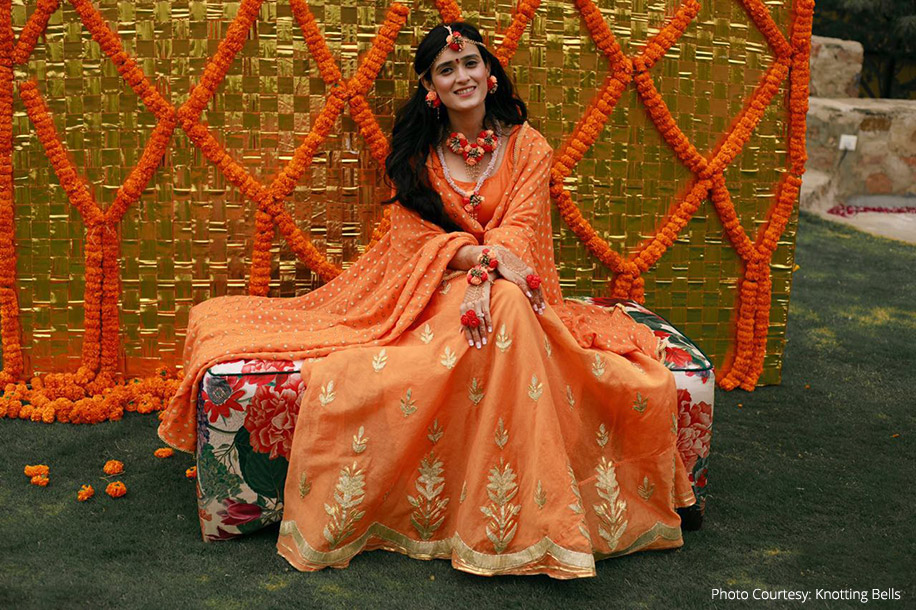 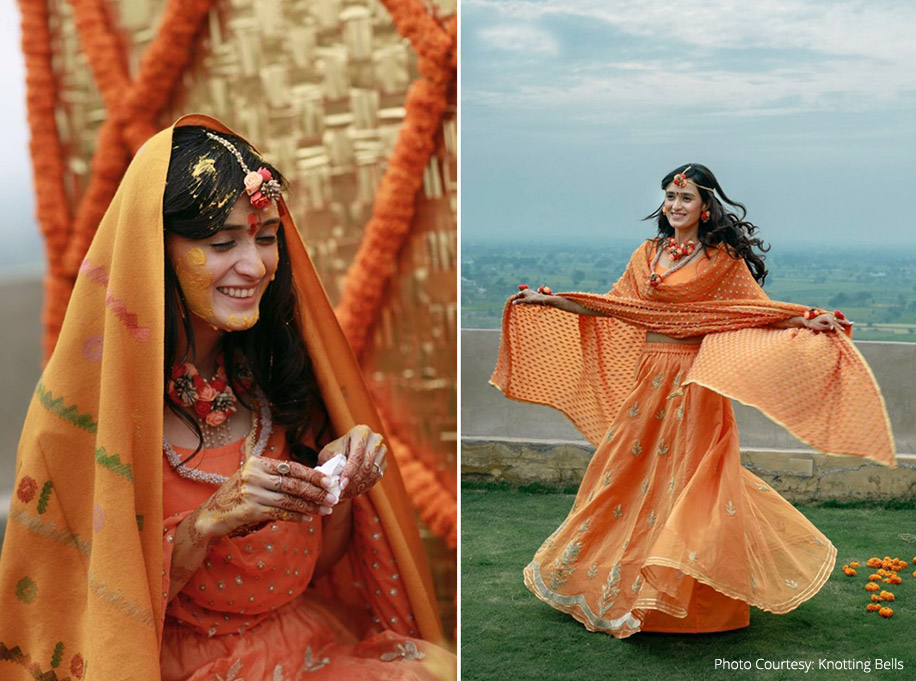 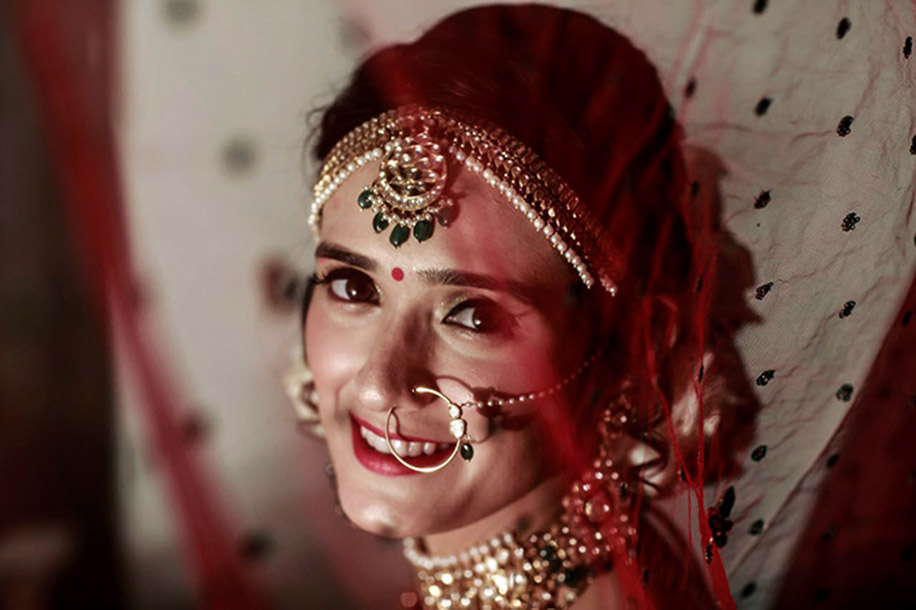 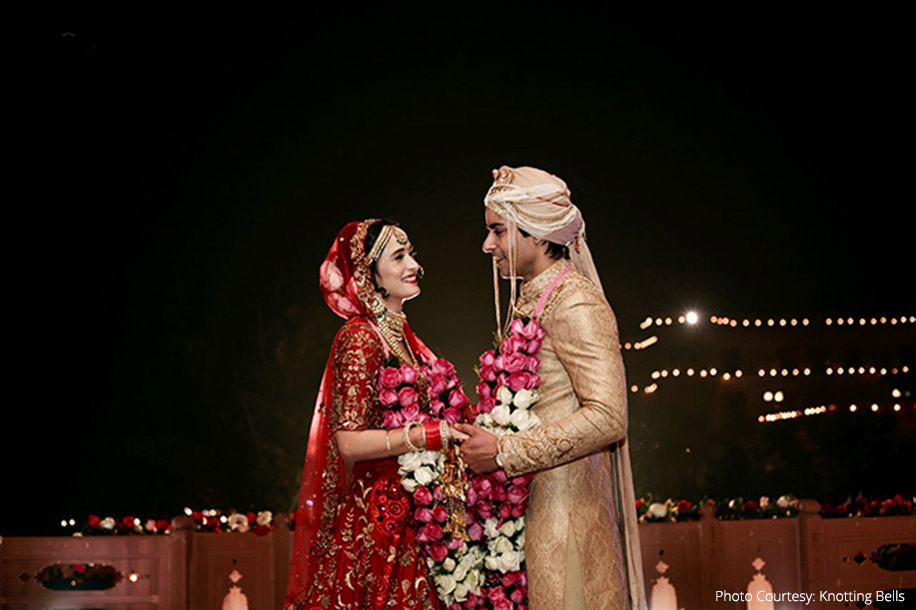 Reception
The duo wore outfits designed by Pawan and Pranav for their reception. Pankhuri was a traditional bride in a heavily embroidered red lehenga while Gautam chose to wear a golden sherwani.