The wedding of Princess Eugenie and Jack Brooksbank is an actual, real life, royal fairytale!

Can’t deny it. We’re a little (okay, very) obsessed with the British royal family and their weddings. And we were just getting over Prince Harry and Meghan Markle’s nuptials when another royal wedding commenced in the corridors of Windsor Castle. The photos are as dreamy as you can imagine! 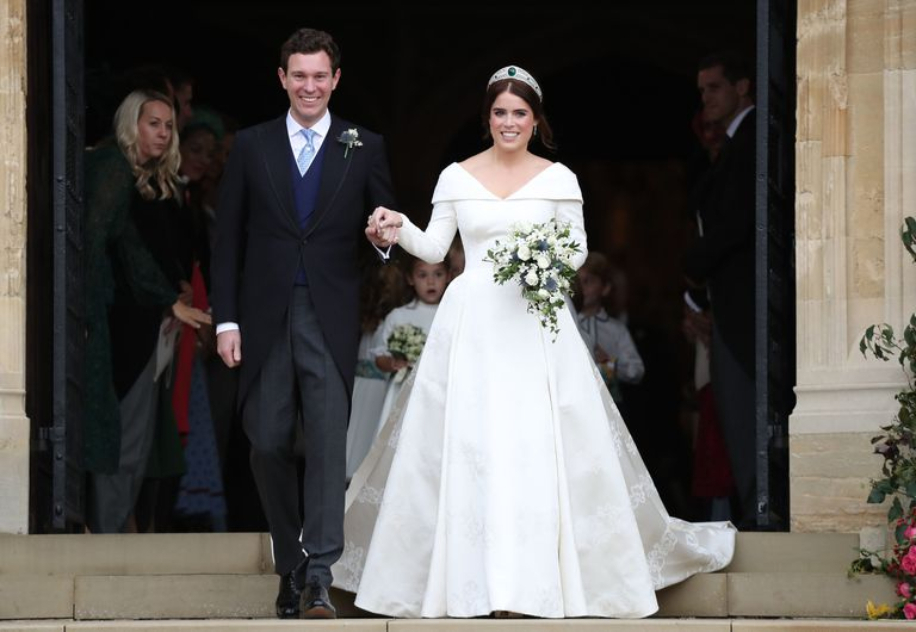 The daughter of Prince Andrew and Sarah Ferguson, Princess Eugenie tied the knot with her longtime beau, Jack Brooksbank in a beautiful ceremony in St. George’s Chapel of Windsor Castle. The couple first met in 2010 on holiday in Verbier, a popular holiday destination for the bluebloods. Ninth in line to the throne, Princess Eugenie, 28 and Brooksbank, 32, dated for seven years before announcing their engagement in January this year.

On her wedding day, the princess emerged resplendent in a white gown that broke tradition having been designed by non-British born couturiers. Peter Pilotto is Austrian-Italian and Christopher De Vos is Belgian-Peruvian. The gorgeous dress featured a neckline that folded over the shoulders and dipped into a low back that flowed into a full-length train. The design was created to highlight the Princess’ scar from a surgery to correct scoliosis at the age of 12, raising both awareness about the condition and changing the ideas of beauty.

The dress featured four symbols: a Thistle for Scotland, a Shamrock for Ireland, the York Rose, and ivy to represent the couple’s home, woven into the dress in a garland of rope like motifs, the fabric a jacquard of silk, cotton, and viscose. 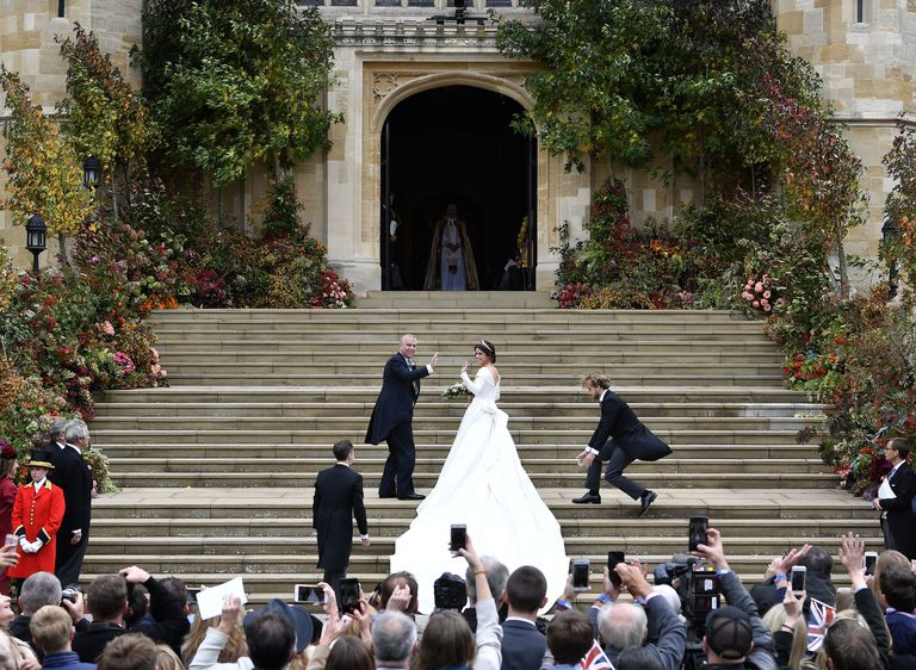 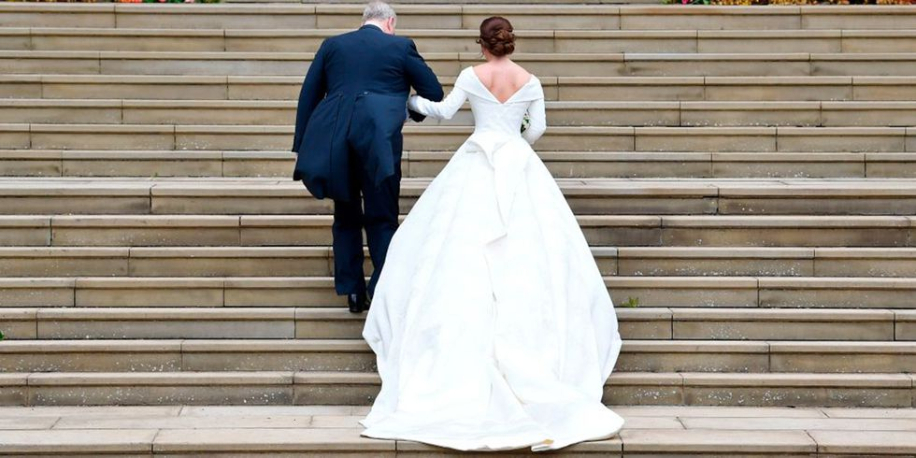 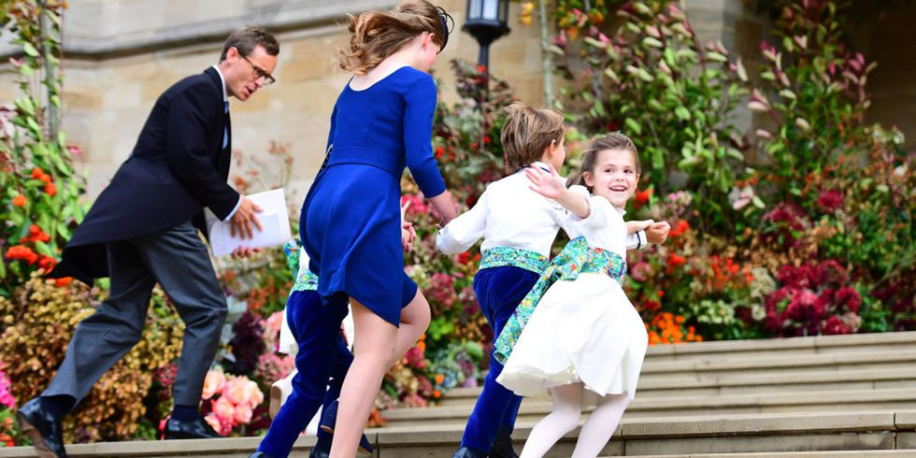 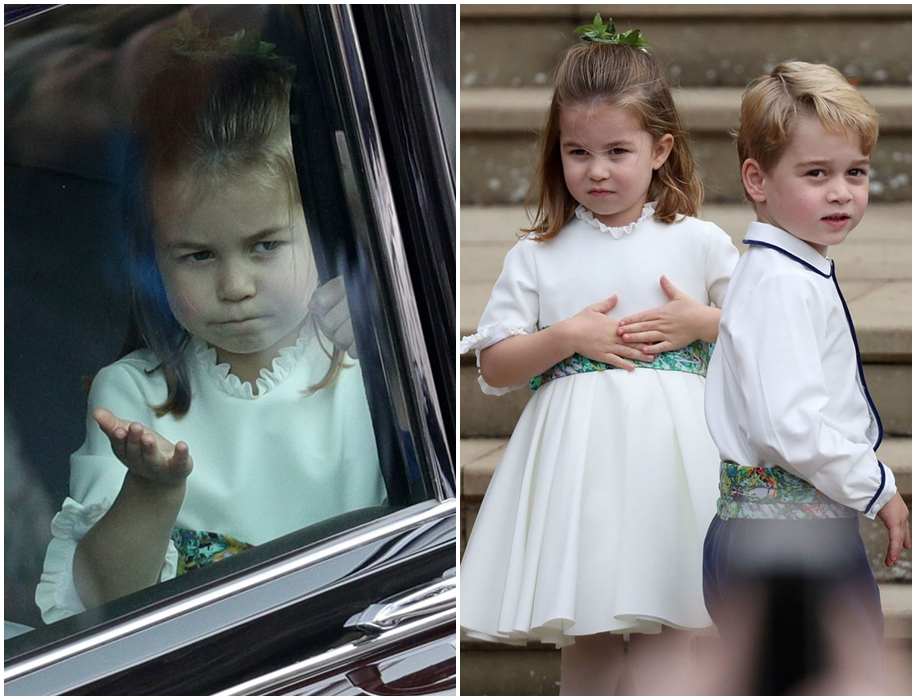 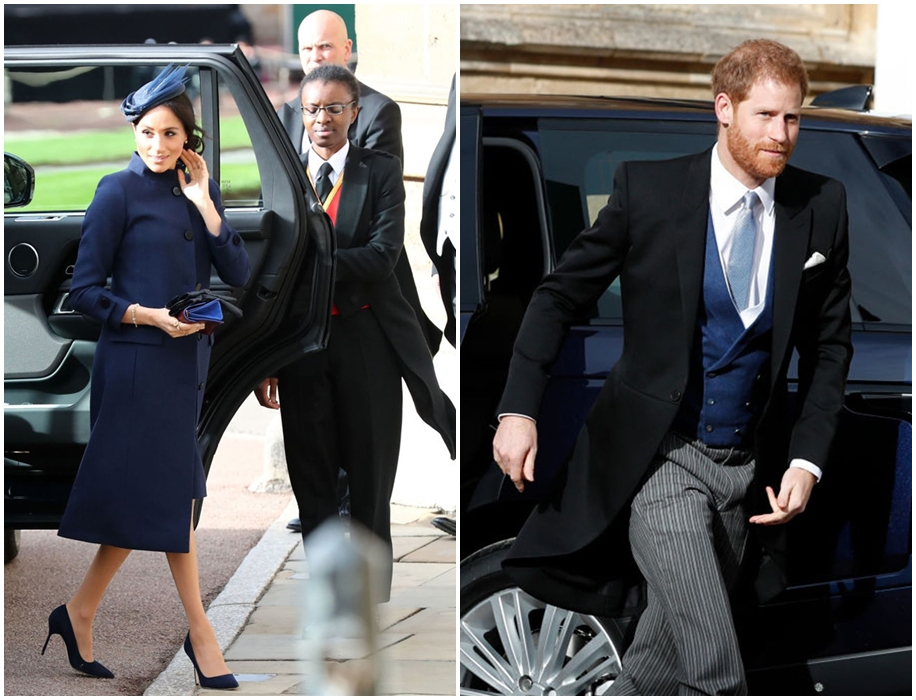 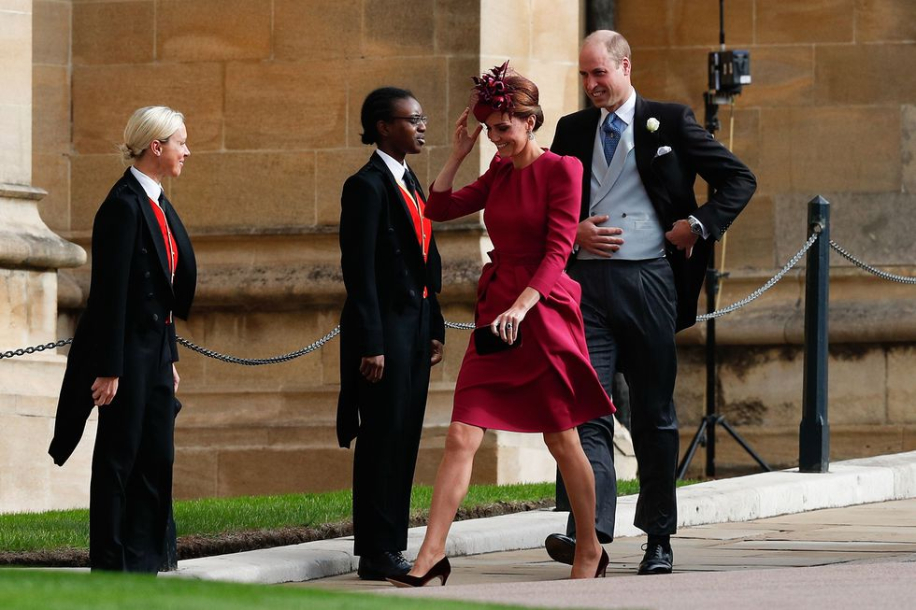 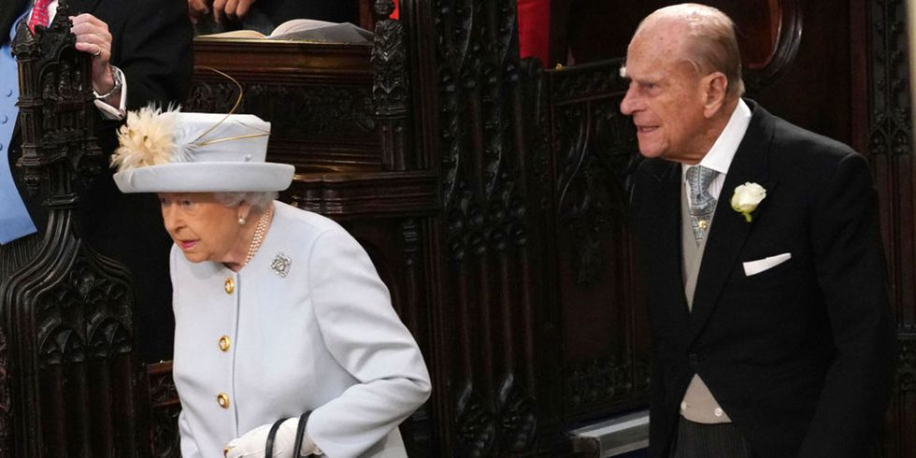 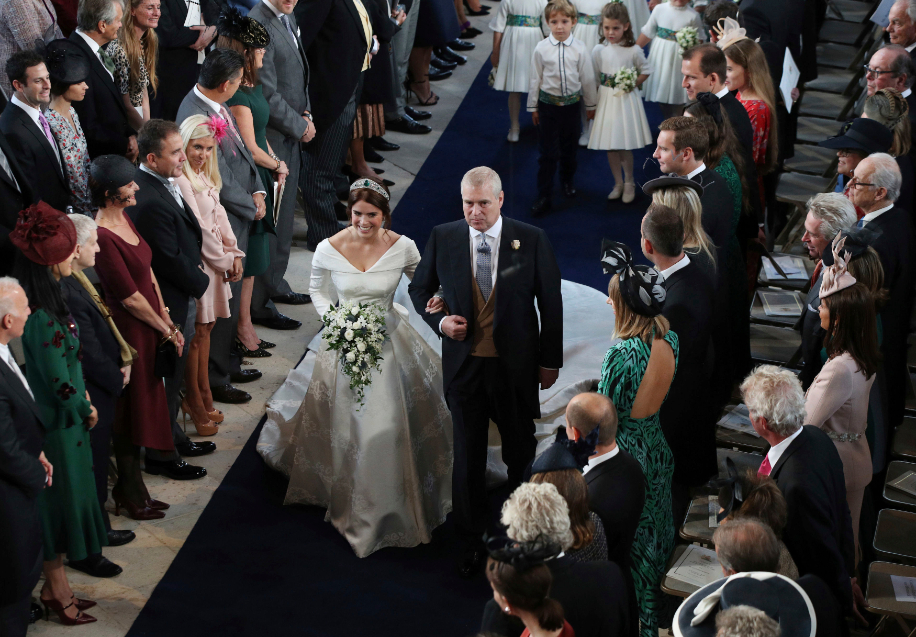 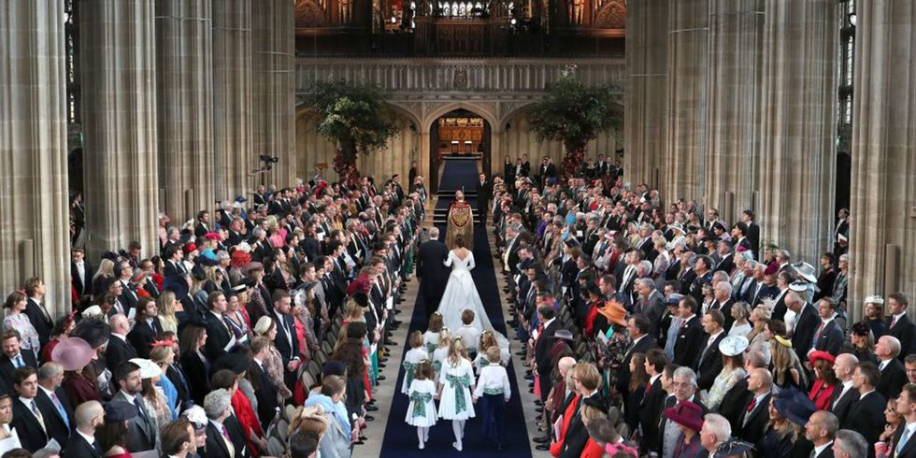 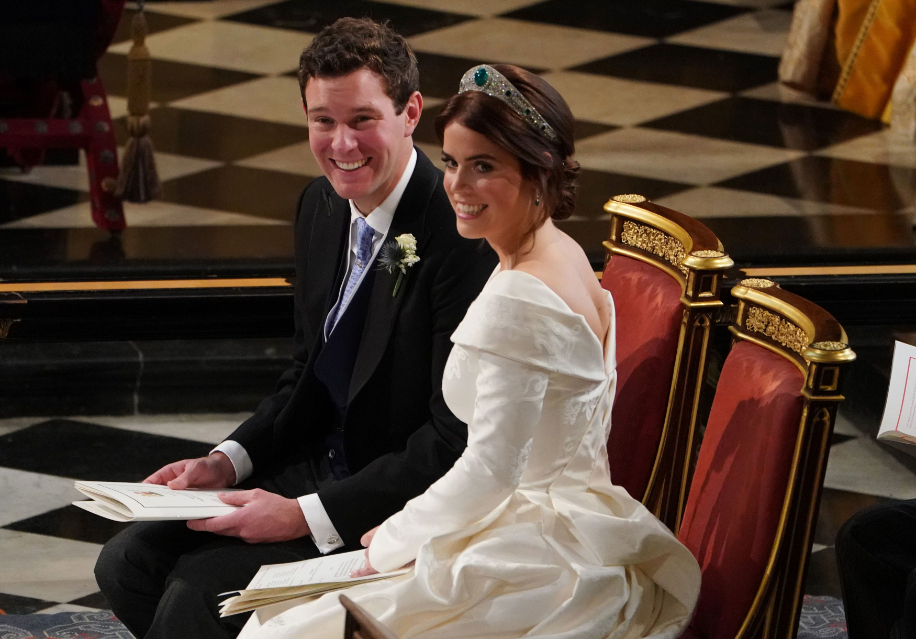 Eugenie broke tradition by eschewing the usual veil and she didn’t wear her mother’s wedding tiara either. Instead, she borrowed the Greville Emerald Kokoshnik Tiara created by jewelers Boucheron in 1919 from her grandmother, the Queen’s treasury. The tiara featured rose-cut diamonds pavé set in platinum, with six emeralds on either side and sat beautifully on her hair, which was done by stylist Sonny-Jo MacFarlane of Hari’s. The groom chose to wear the traditional British morning coat. For the reception, Eugenie broke royal tradition a third time with her second wedding dress, a Zac Posen gown in blush rather than white. She also wore a ‘hair slide’ that belongs to the Queen, with a pair of diamond and emerald drop earrings that were a wedding gift from Jack. For the reception, Jack Brooksbank changed out of his traditional morning suit for a sleek tuxedo. Their 5-tier wedding cake at the reception featured the couple’s monogram and autumnal leaves. The celebrity quotient was high at the wedding with an 850 strong guest list that included Robbie Williams, Demi Moore and Cara Delevingne.