Television actor Rubina Dilaik who is most remembered for her lead role in the TV series Choti Bahu recently tied the knot with her longtime beau and fellow actor Abhinav Shukla. The wedding was a very private affair that was attended only by the couple’s nearest and dearest and captured by WeddingSutra Favorite Knotting Bells. 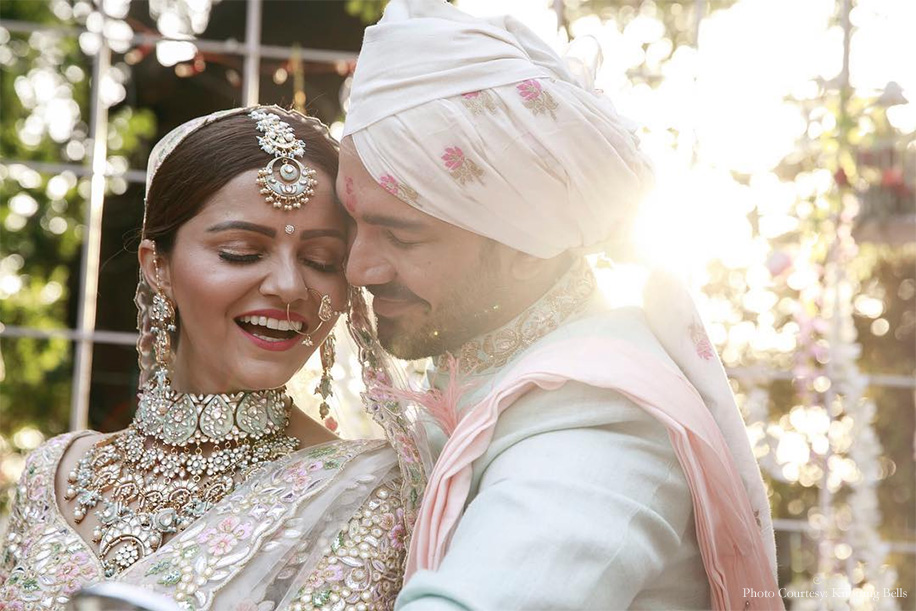 Rubina, who was keen on getting married in her hometown chose Woodville Palace Hotel as the venue for their nuptials and the dreamy property was every bit fitting for their fairytale wedding. A former summer residence of the Raja Rana of Jubbal, a pre-independence kingdom of the Simla Hill States, this hotel not only added historic significance to the ceremony but with its stately decor, also brought tonnes of character to their functions.

The two day long festivities began with a mehndi function for which Rubina wore a pretty pastel outfit that was paired with fresh floral jewellery. As the dusk made its way, the couple exchanged rings before moving into the next function – the sangeet.

For the sangeet, the Abhinav opted for a blue kurta and a white bandi with floral details while the bride looked gorgeous in an asymmetrical hem green skirt that was paired with an ornate blouse of the same color. The night saw numerous energetic dance performances and the air was filled with cheer.

The following morning, the two exchanged vows in an outdoor ceremony. Rubina looked like a dream in her white lehenga as she walked holding her veil under the white phoolon ki chadar. The groom opted for a pastel blue sherwani but made sure to coordinate colors with his bride by picking a dupatta in the same shade as the embroidered flowers on her outfit.

Some of the bride’s friends who were present at her functions were Surveen Chawla, Tina Kuwajerwala, Ghazala Shaikh, Kamya Punjabi, Meghna Malik, Srishty Rode and Benaf Dadachandji. 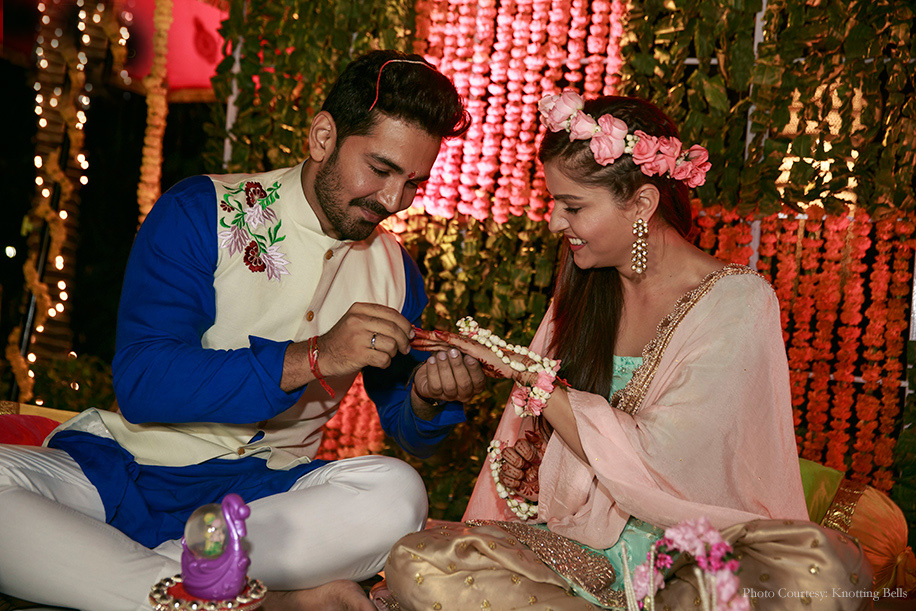 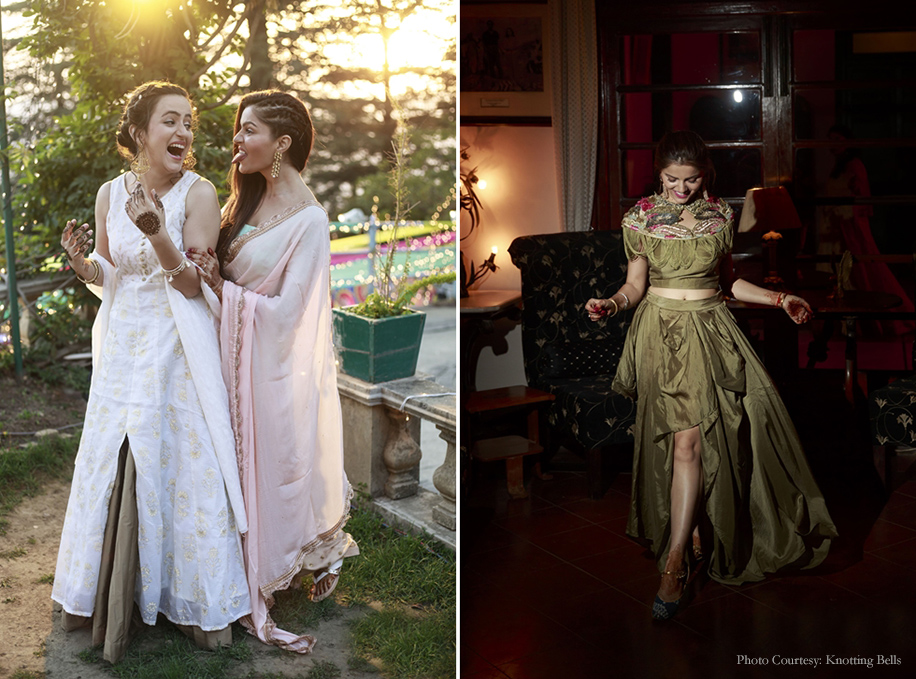 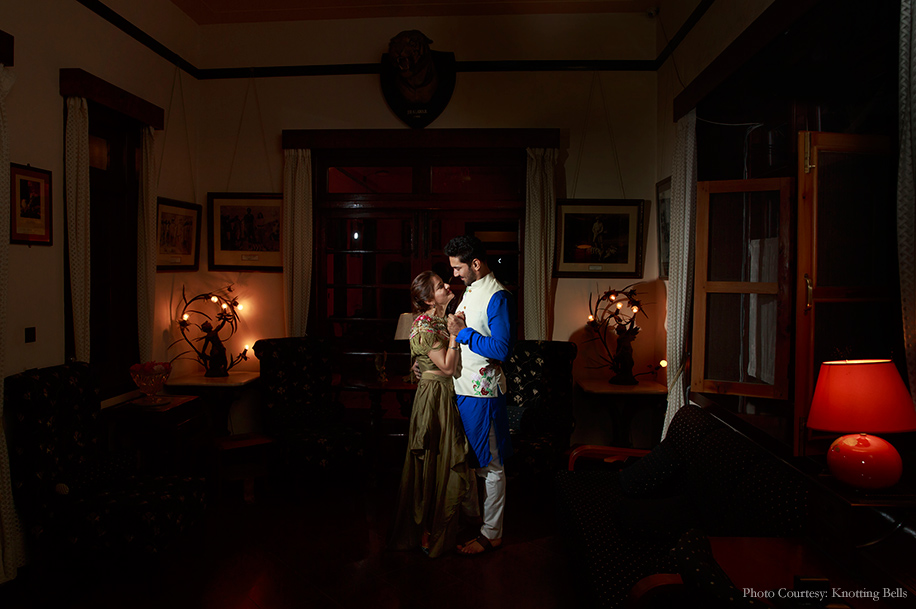 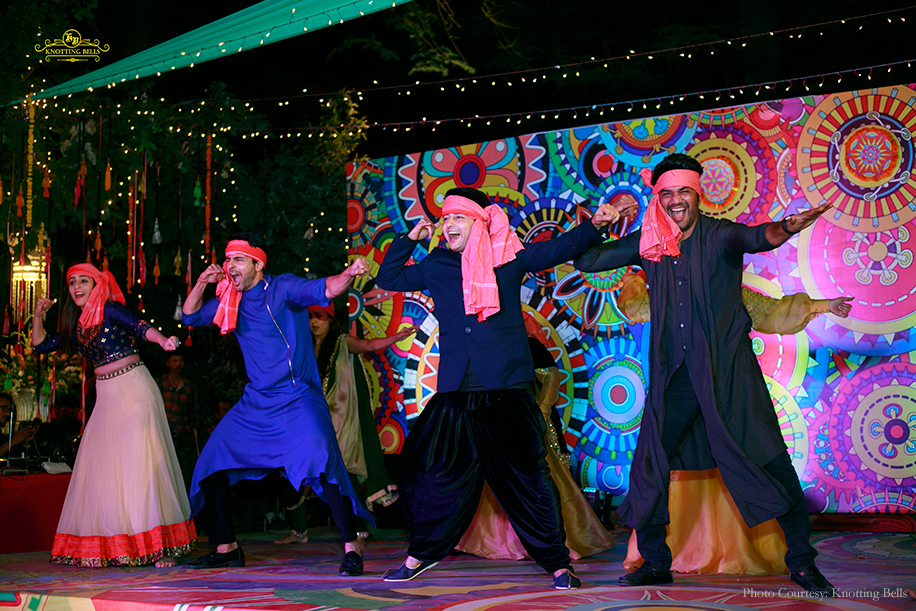 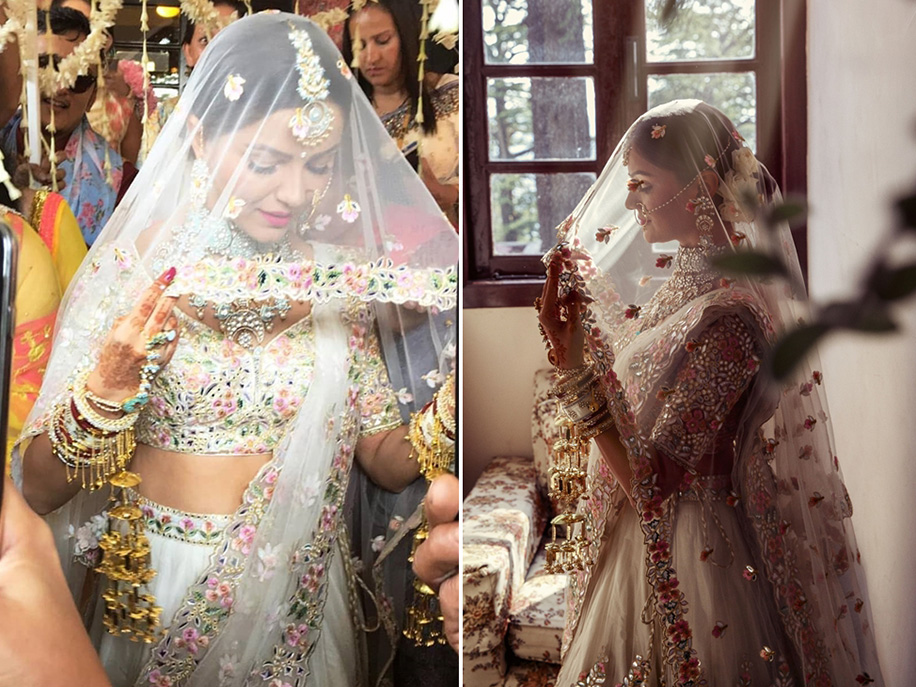 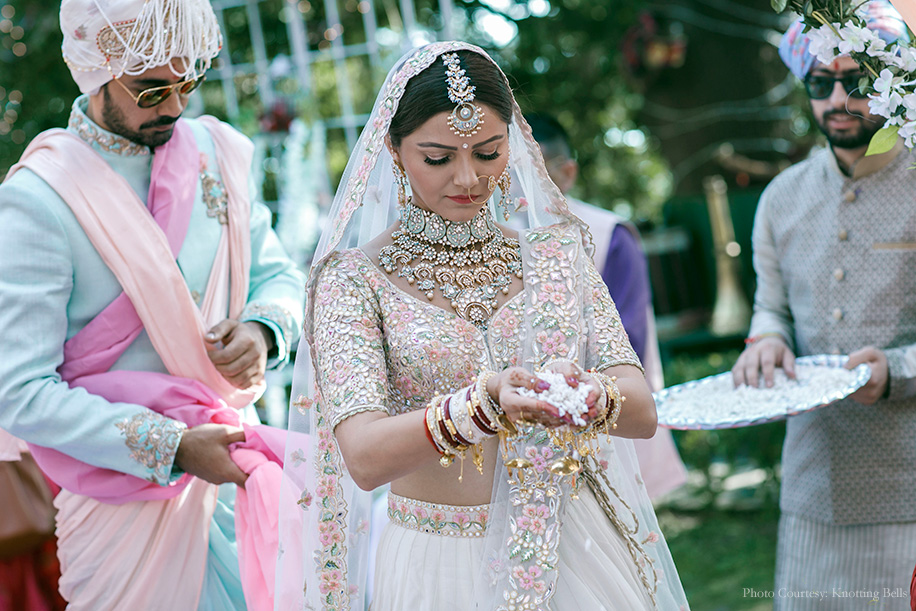 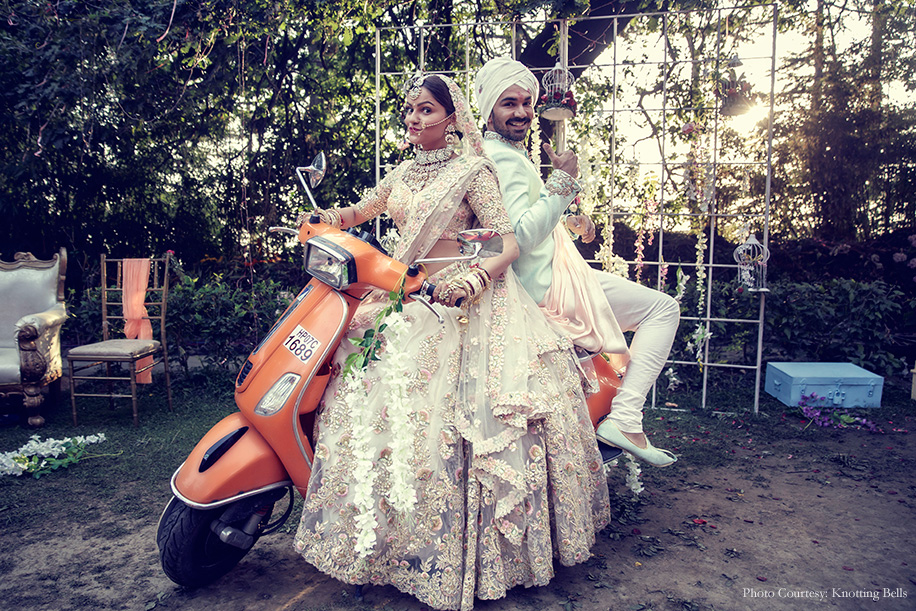