Sandeep Khosla’s niece Saudamini tied the knot with Siddharth in a star-studded affair that witnessed sizzling performances by some of Bollywood’s best!

A Bollywood-style reception was hosted by the designer duo Abu Jani-Sandeep Khosla for Sandeep Khosla’s niece Saudamini Mattu who is also the CEO of their label. After a ceremony in Delhi, the gala wedding followed a glamorous reception at The Club Mumbai. The wedding had their close family friends including Dimple Kapadia, Amrita Singh, Sara Ali Khan, Abhishek Bachchan and Shweta Bachchan Nanda flying down for the functions. With top stars in attendance, the Mumbai reception was twice the glamour. 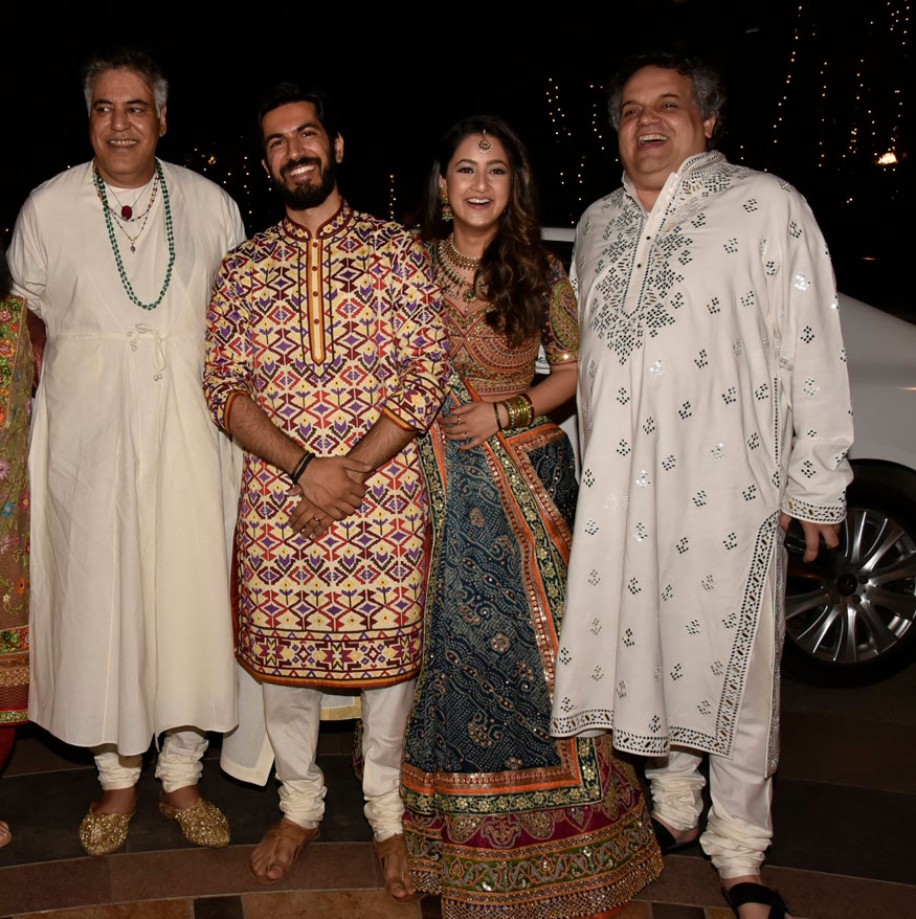 From Aishwarya Rai Bachchan to Neetu Kapoor, the celebs were seen in their stylish best. While we were mesmerized by the celeb’s dazzling appearances, some inside videos of their dance performances are not to be missed at all. Celebrity choreographer, Rajendra Masterji who has laid claim to several celebrity Sangeets such as that of Abhishek Bachchan and Aishwarya Rai, Karishma Kapoor to Kareena Kapoor, choreographed dance numbers for the celebs at this reception. In full Bollywood style, Masterji managed to choreograph a dance sequence featuring the mother-daughter duo Shweta Nanda and Jaya Bachchan just half an hour before the main event. Dancing on ‘Pallo Latke’ – this performance was the highlight of the evening. On the other hand, Karan Johar set the stage on fire on the beats of ‘Radha’ from his movie Student of The Year. Next up was the beautiful daughter of Amrita Singh and Saif Ali Khan who made a sizzling appearance. Sara impressed everyone with her dancing moves on ‘Saat Samundaar Par’. Sonam Kapoor was also called on the dance floor as she matched steps with Abu Jani. 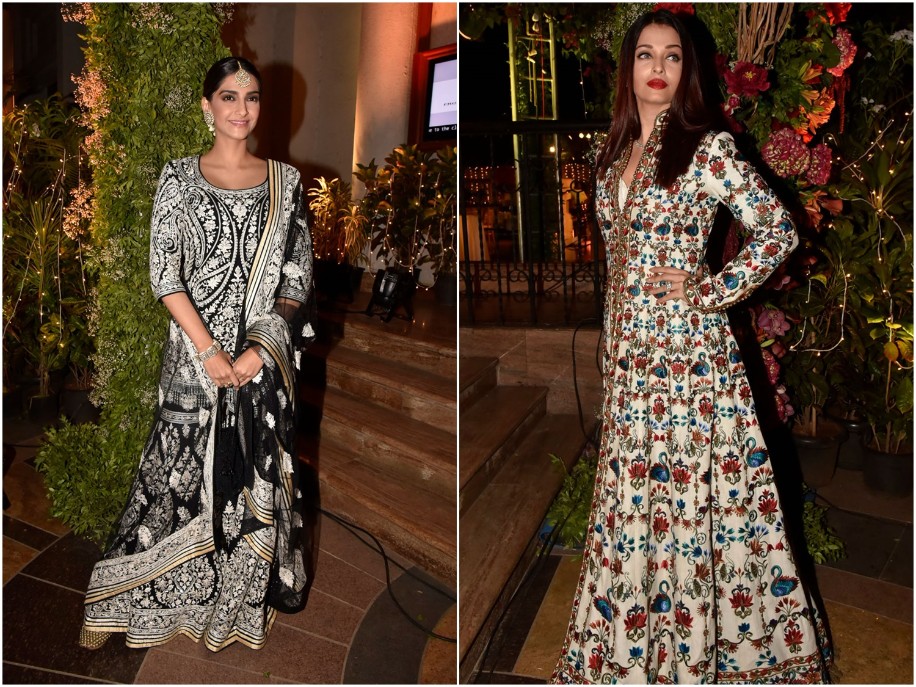 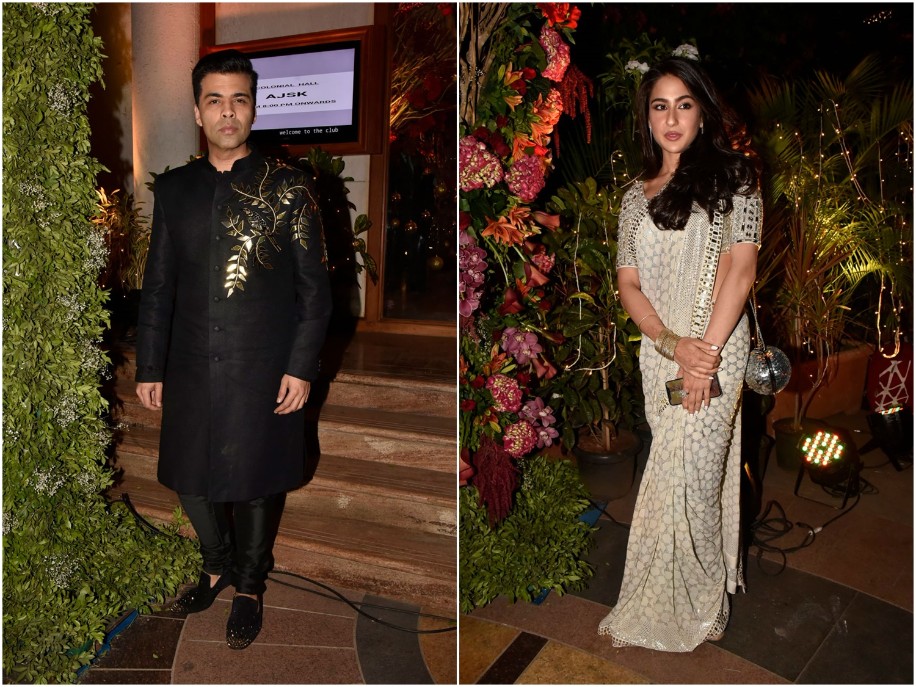 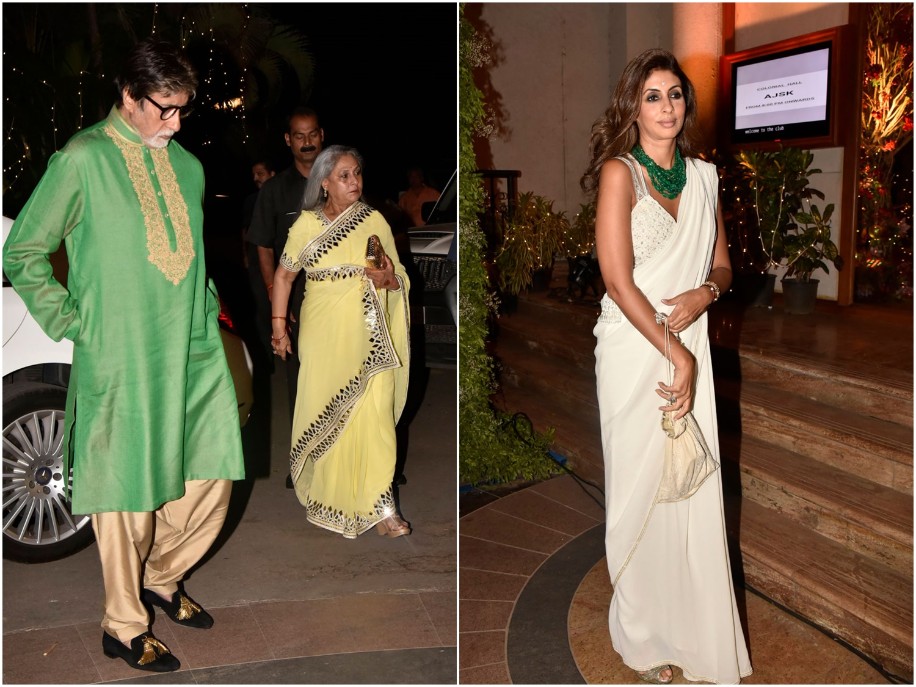 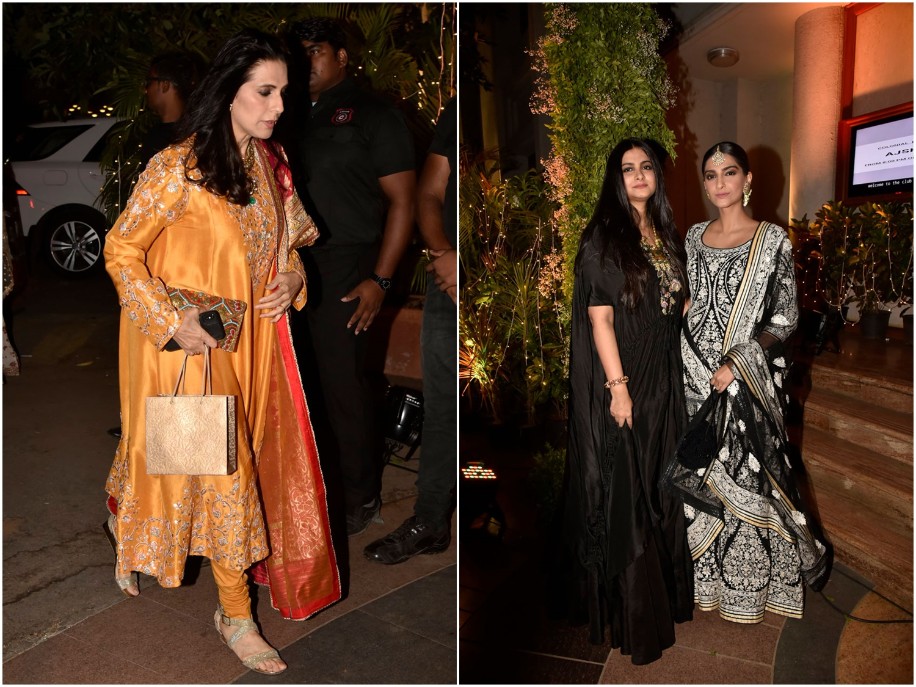 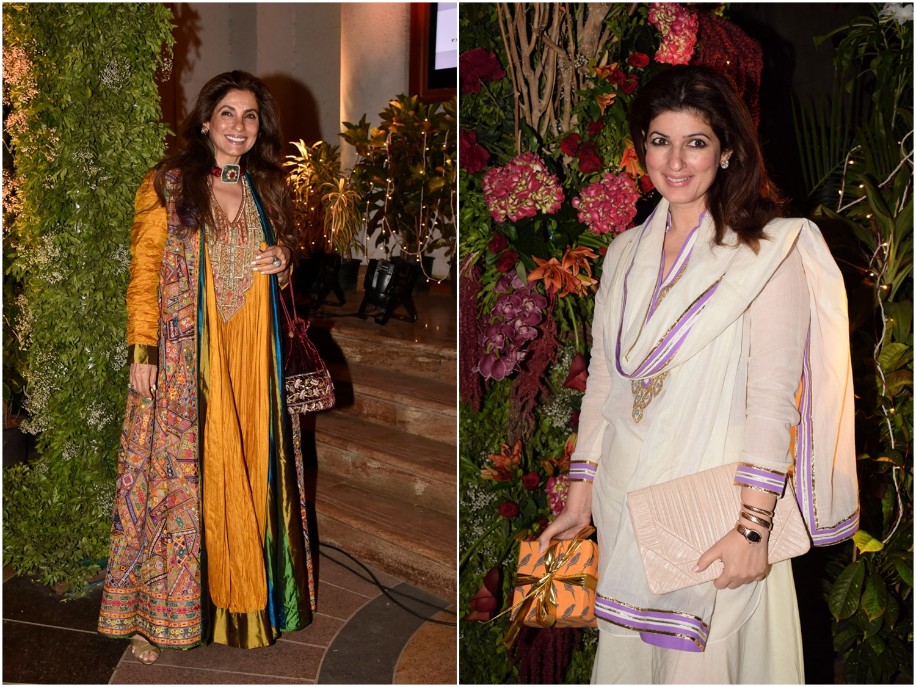 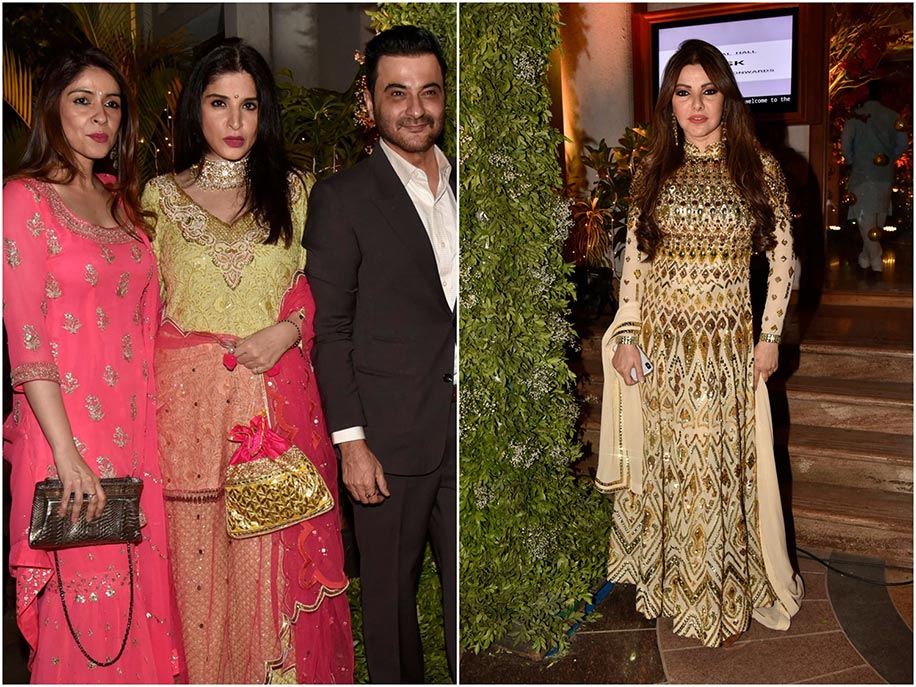 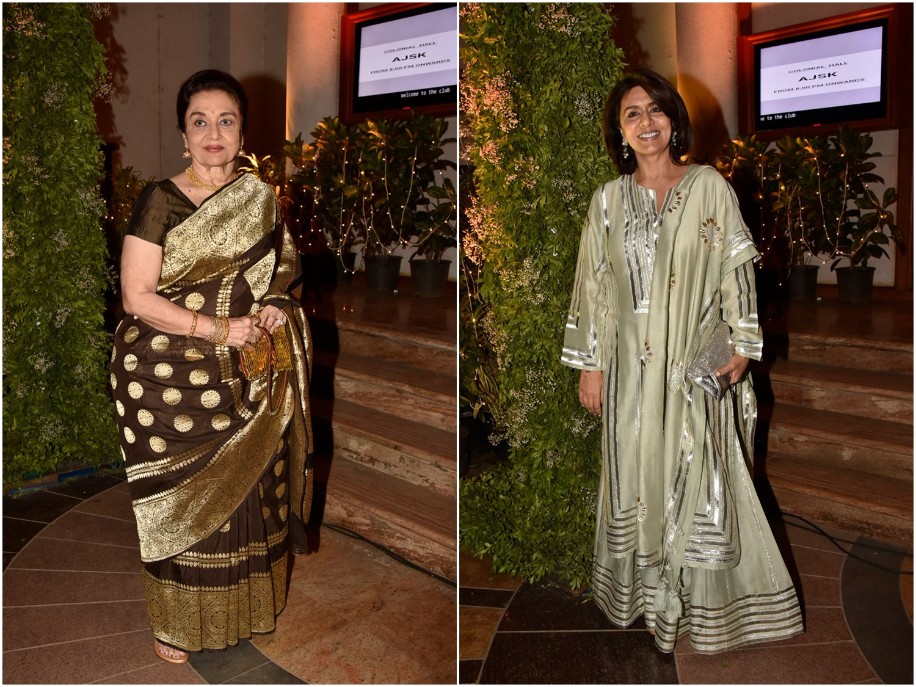 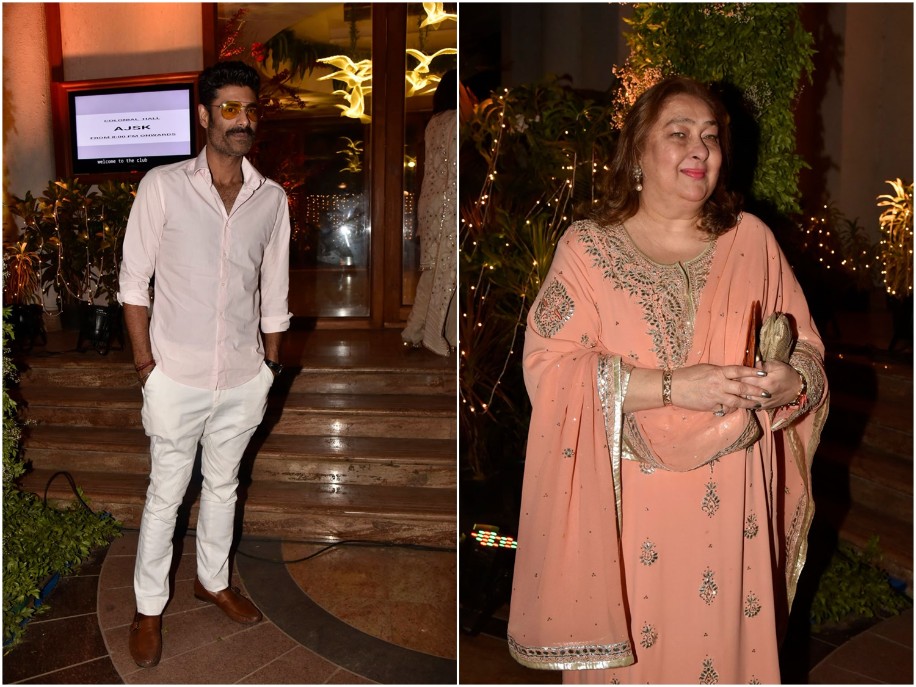 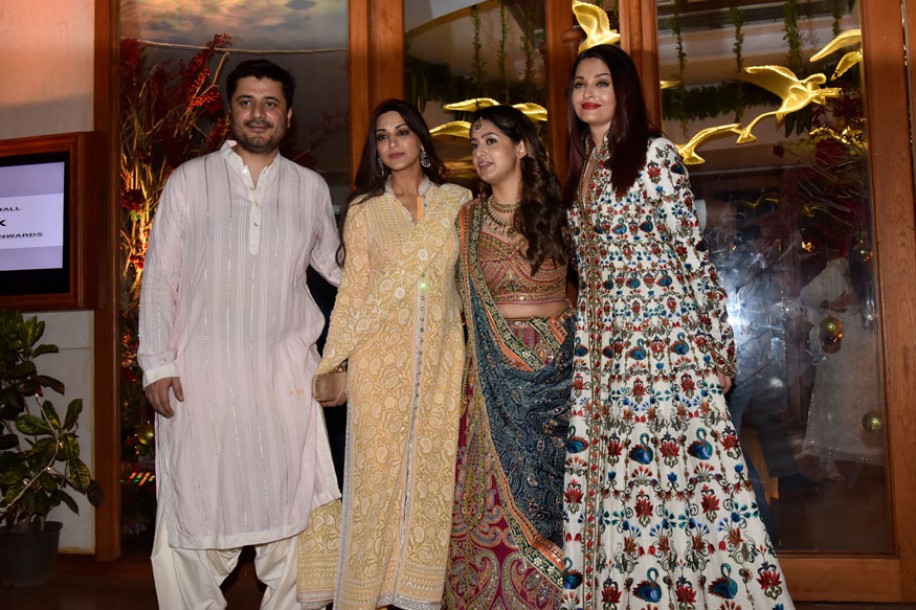