The duo’s Beauty and the Beast themed wedding was the perfect match to their Rom-Com style love story.

How often do you get a love story that starts like a classic Hollywood romance? Boy meets girl by accident. Falls instantly in love. A few months later, proposes marriage. That’s exactly what happened to 23 time Grand Slam champion Serena Williams and her husband Reddit co-founder Alexis Ohanian. The two met when Ohanian chose a table right next to Serena and her friends by the pool at a hotel in Rome. Serena had no idea who he was and Ohanian, not an avid tennis fan then, had only the vaguest idea he was sitting next to a legend. Still, Serena remembers being annoyed at his cheekiness when the rest of the area had several empty tables. Things turned around quickly though and 18 months later, she said yes to a marriage proposal from the same man who she’d considered quite intrusive when she first saw him! 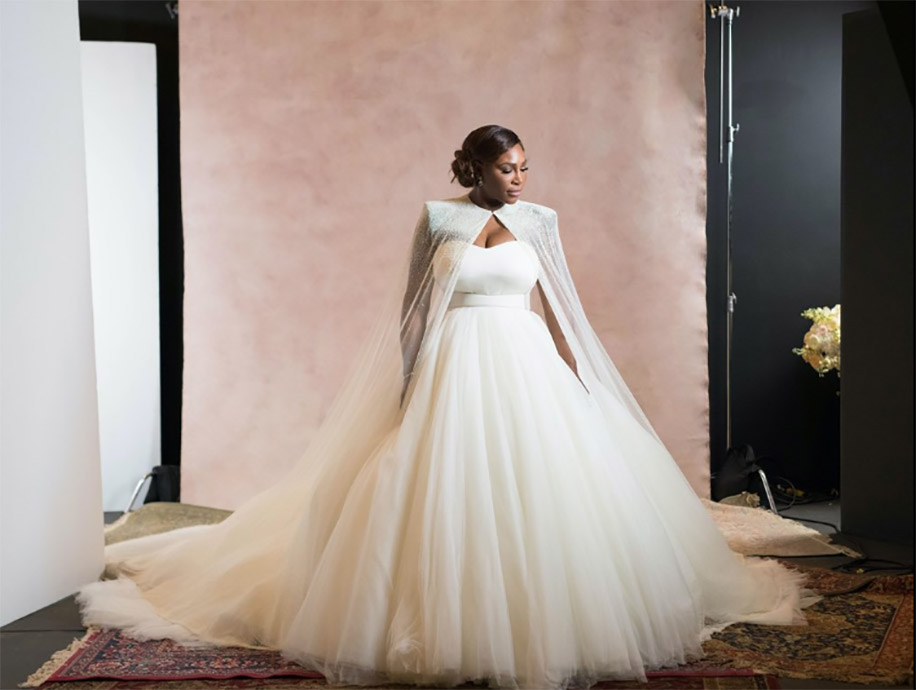 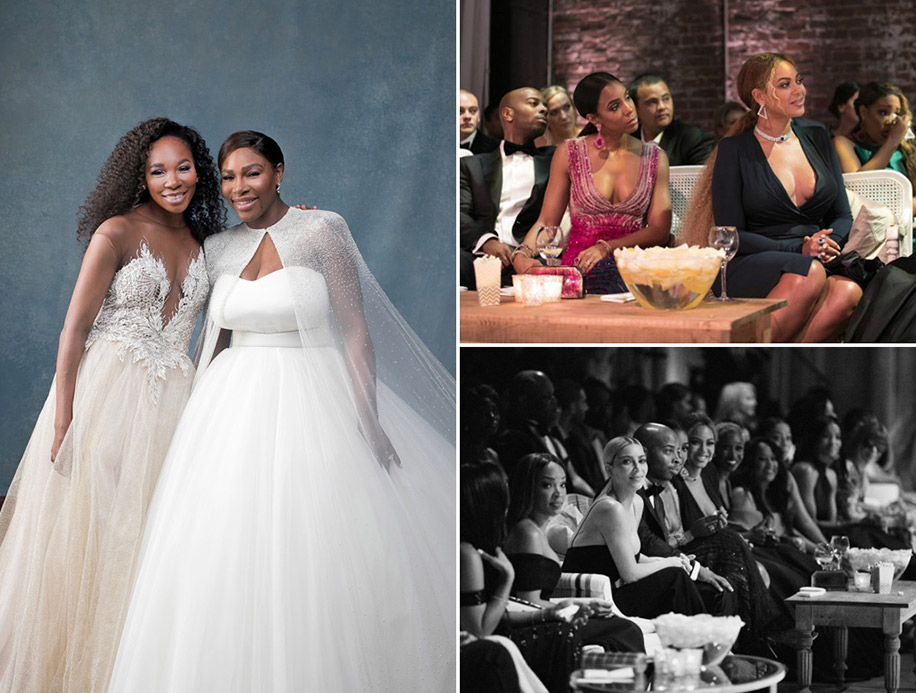 At her wedding, Serena was ethereal in a Sarah Burton for Alexander McQueen princess gown complete with shimmering cape and paired with exquisite jewellery worth $3.5 million by XIV Karats. As she walked down the aisle holding a bouquet of white roses Alexis waited, smiling, in an Armani suit. He wore a midnight blue velvet jacket for the ceremony and changed into a traditional jacket with a shawl collar for the reception.

After the wedding, Serena donned a fitted white gown by Versace. The strapless number was upgraded with lace detailing on the bodice. As the band started playing “Tale as Old as Time,” the two took to the dance floor to flaunt their best dance moves for the first time as a married couple. For the After Party, the tennis superstar changes into yet another gorgeous Versace creation – a white dress with a skirt that featured feather detailing and teamed that with a pair of bejeweled Nike shoes.

With Beauty and the Beast as their wedding theme, the Contemporary Arts Center in New Orleans was transformed into an aristocratic French ballroom. Alexis stood against a golden arch of flowers as Serena walked down the aisle looking every bit the blushing bride. In the dining room were four long tables covered in lamé and further enhanced with floral elements. With each table named after Serena’s grand slam wins, it was hard to miss the attention to detail that went into organizing the duo’s nuptials. 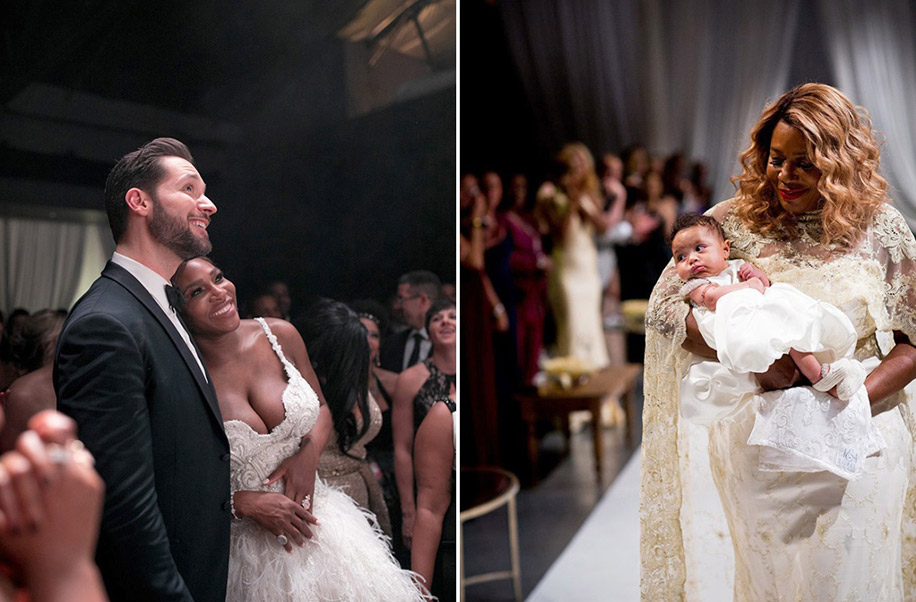 The couple’s wedding was, needless to say, a grand affair that brought together some of the most renowned names in sport and entertainment, under one roof. In attendance were Serena’s sister, Venus Williams, and celebrity friends Beyoncé, Kim Kardashian, Ciara, Eva Longoria, Kris Jenner, Jay Z, Meghan Markle and more. As we present to you pictures from their beautiful wedding, we wish this power couple a lifetime of blissful togetherness!