Simran Kaur Mundi, former Miss India Universe, recently got married to the legendary Punjabi singer Gurdas Maan’s son, Gurickk Maan, a director and producer by profession. She made her acting debut in the Hindi film ‘Jo Hum Chahein’ back in 2011. The duo who had an intimate wedding ceremony at Neemrana’s Baradari Palace, Patiala were in a relationship for several years. WeddingSutra Favorite – FB Celebrations orchestrated their wedding and put together a surreal experience for the couple taking charge of the hospitality, design, decor and logistics. 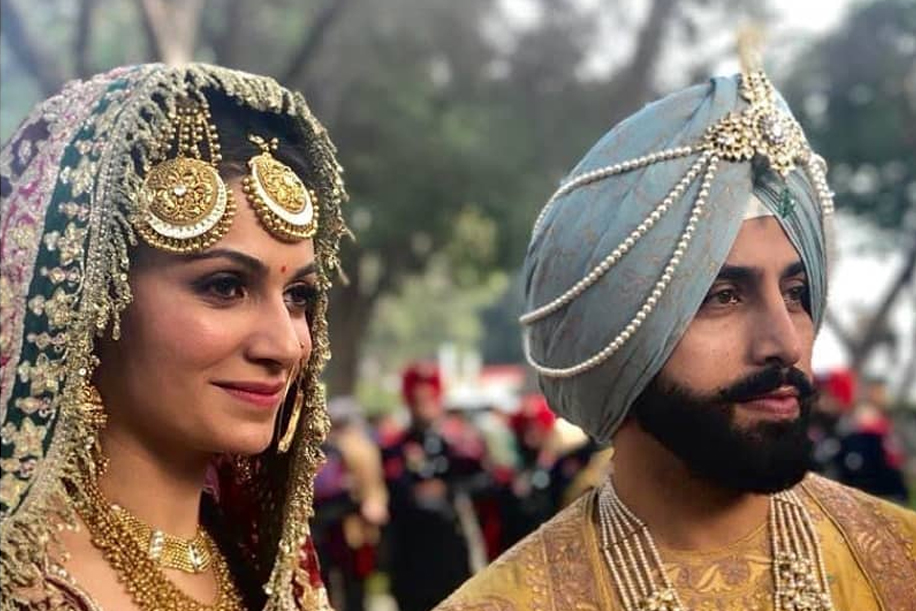 For her wedding functions, Simran stuck to the colour yellow for most of her outfits. She went in with a simple yet colourful look by wearing a bright yellow lehenga which she paired with a red dupatta for her bridal mehndi. She kept her accessories minimal and left her hair open. The subtlety of falling drapes and breathtaking florals presented an excellent backdrop for a picture-perfect moment for the bride. 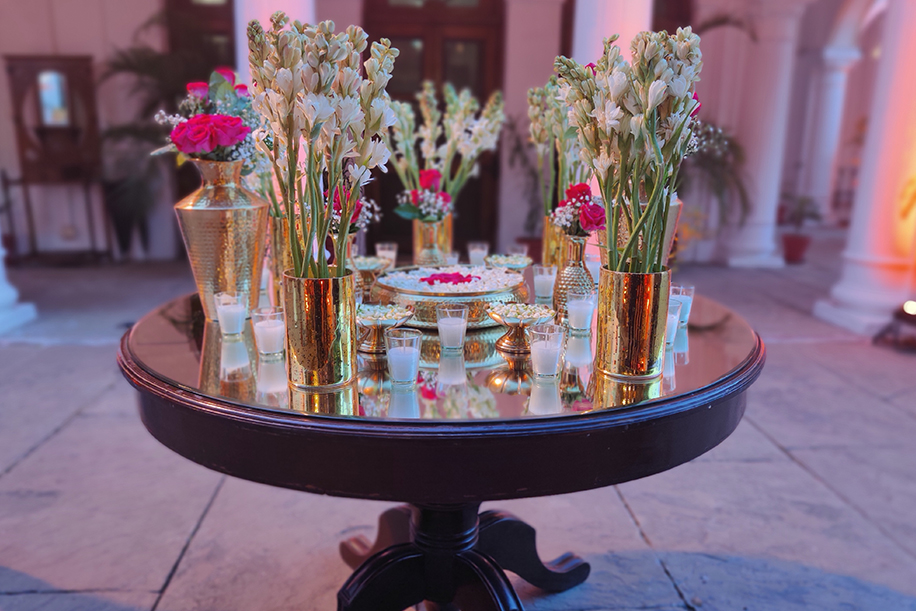 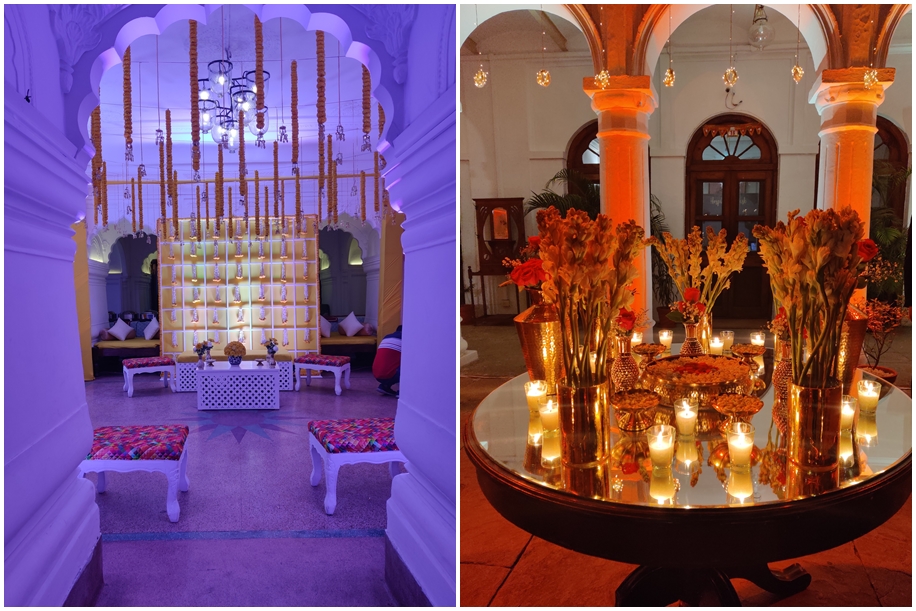 A Sufi dinner was organised the following night with the guest list consisting of famous personalities including singers and actors, who enjoyed Harshdeep Kaur’s soulful voice. The decor was lit with a sea of candles, brass vessels and the lingering fragrance of mogras and rajnigandhas that added beauty to the mystical charm of the night. Simran wore a mustard yellow velvet crop top with a yellow embellished skirt for the evening function.

The bride entered wearing a yellow suit for her haldi function with her two best friends, Sonnalli Seygall and Poppy Jabbal, dancing with the bride while entering. The venue was dominated by festive hues of sunflower yellow laden with florals and kaliras.

On their wedding day, Simran’s pictures in her bridal avatar were trending on social media where the bride looked every bit royal in a gorgeous velvet wine and golden lehenga with a heavy gold embroidered dupatta. She accessorised her look with traditional jewellery. Gurrick Maan, on the other hand, looked handsome in a mustard yellow sherwani with gold details that he paired with a blueish-grey turban and completed his look with a chunky necklace. Their wedding was warm and intimate with the gurdwara reflecting an emotional significance as the groom’s parents too were married there several years ago. It was adorned in exquisite pink and ivory flowers and drapes. 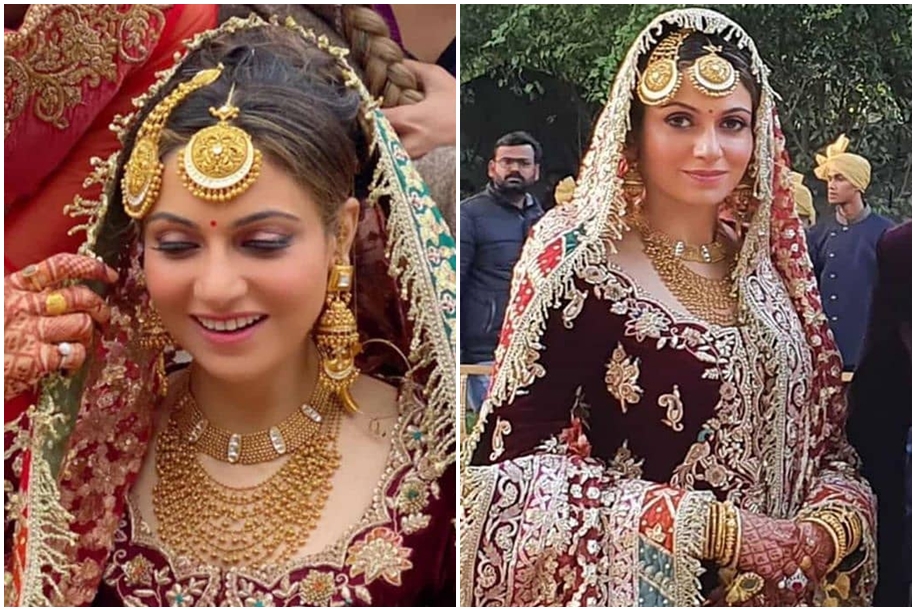 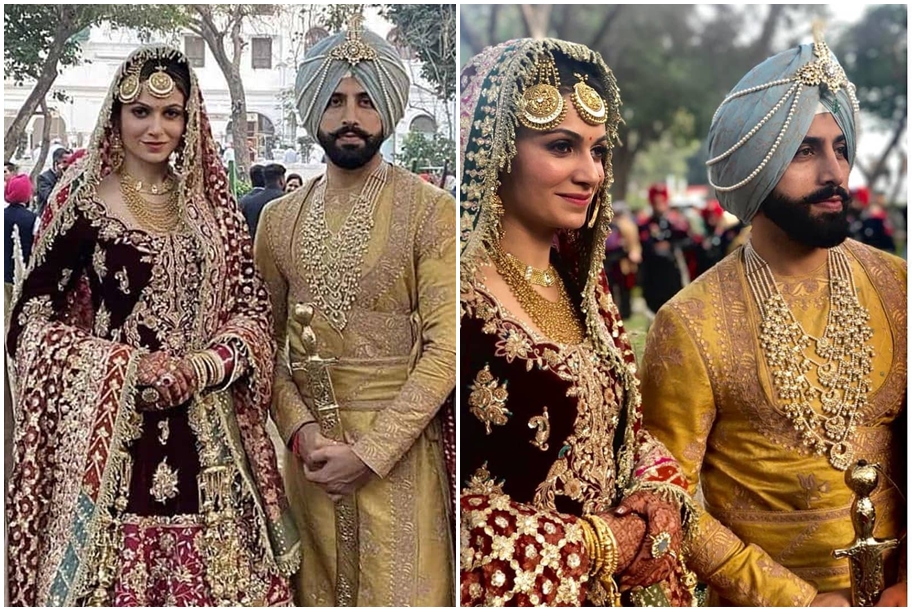 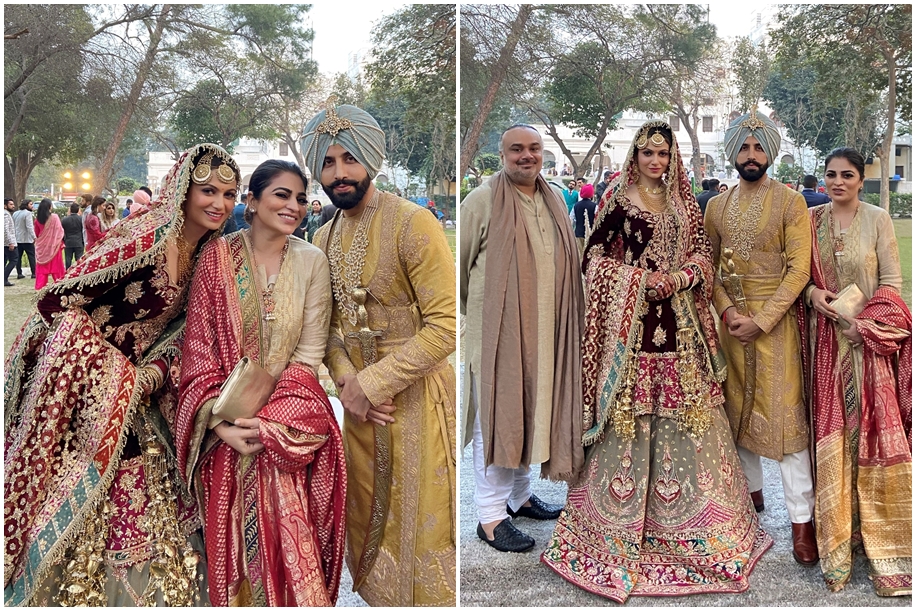 Their ceremony was a star-studded affair attended by the who’s who of the film fraternity. Vicky Kaushal, Badshah, Guru Randhawa, Ammy Virk, Sargun Mehta, Jazzy B to Mika Singh, Kapil Sharma, Harshdeep Kaur, Gauhar Khan and many other celebrities were present to bless the newlyweds. Their close friends and fans too took to Instagram and congratulated the married couple. 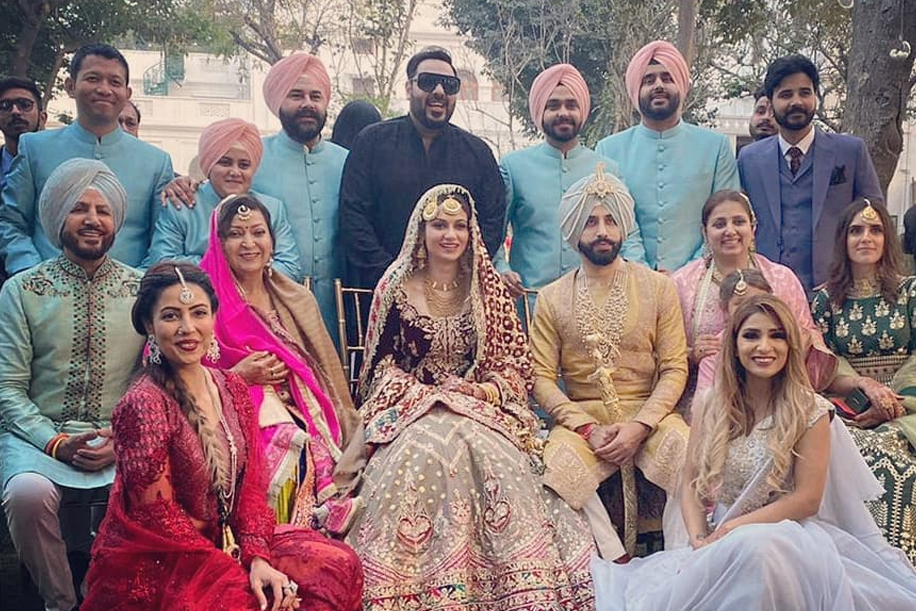 FB Celebrations shared, “The sit-down lunch that followed the ceremony was an extension of the couple’s love for all things colonial. Pampas grass with pops of rust, florals and linen along with raw jute was used as table settings where guests were served lunch in silver thaalis. The dessert selection included delicacies from across the world that greatly added to the experience where all guests were greeted personally by the bride and groom.” 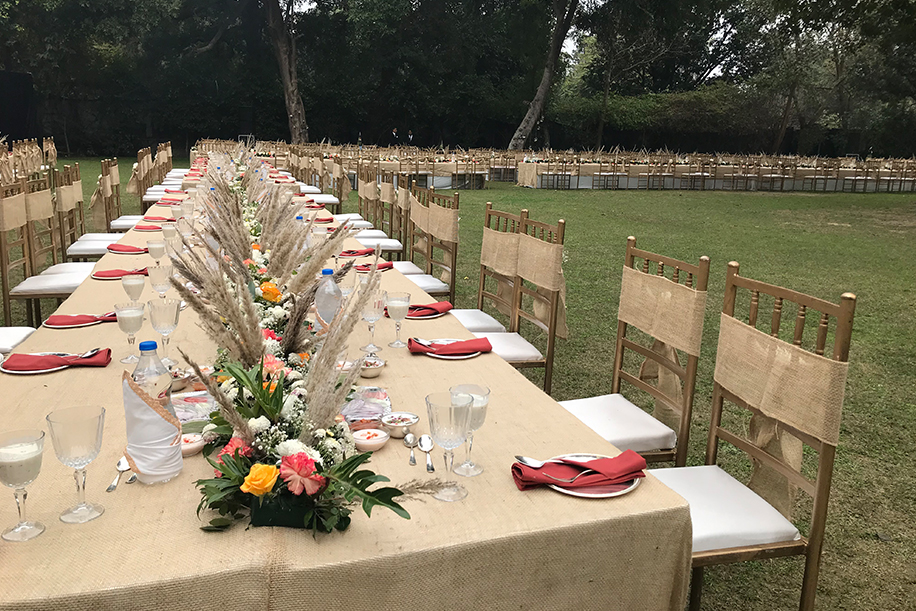 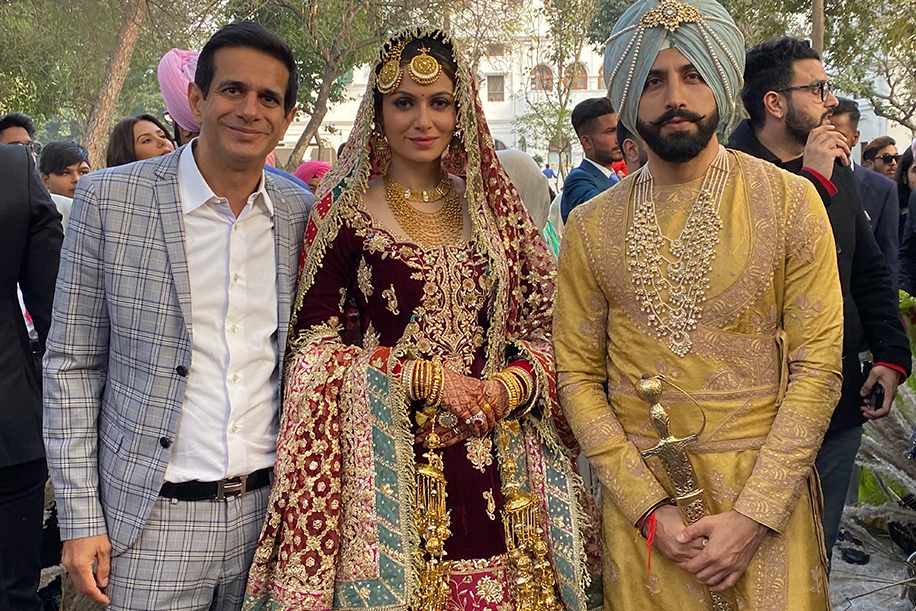