Bollywood actress Sonam Kapoor wed her longtime beau Anand Ahuja in a traditional wedding, leaving everyone surprised as she chose her hometown Mumbai to celebrate her big day that had a cozy, classy and romantic vibe, along with attires that truly showcased her ‘style diva’ tag. 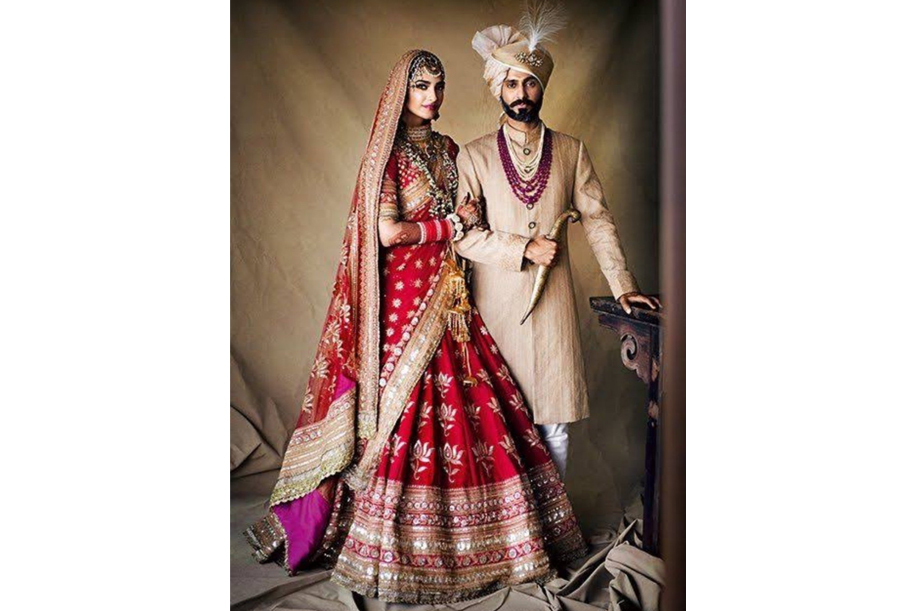 The bride-to-be was all smiles as she got beautiful henna patterns traced on her hands by Mehendi Artist Veena Nagda. 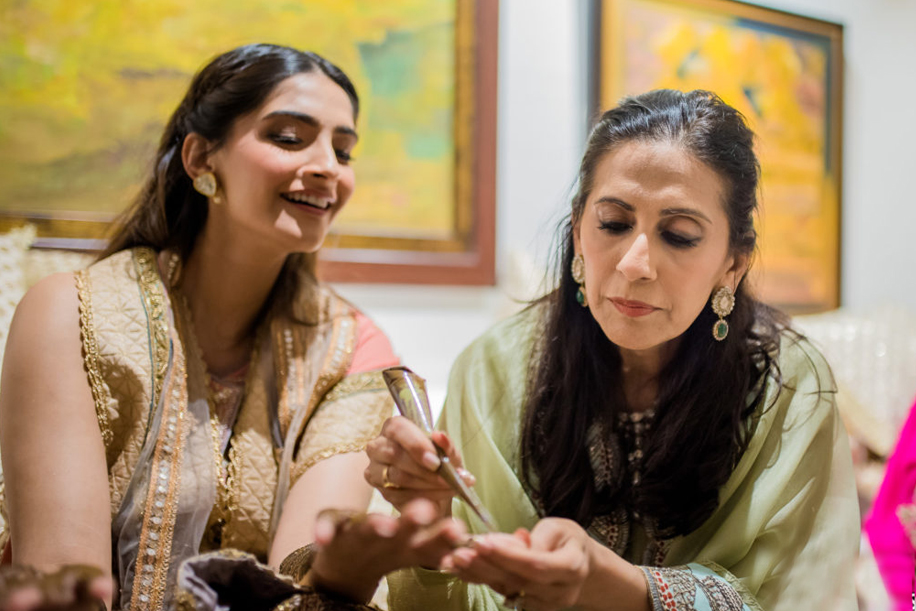 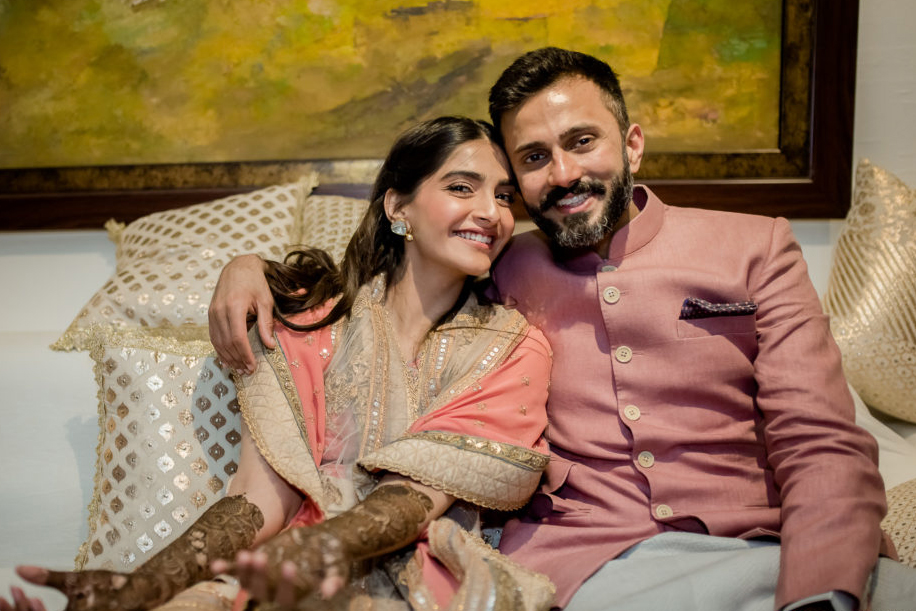 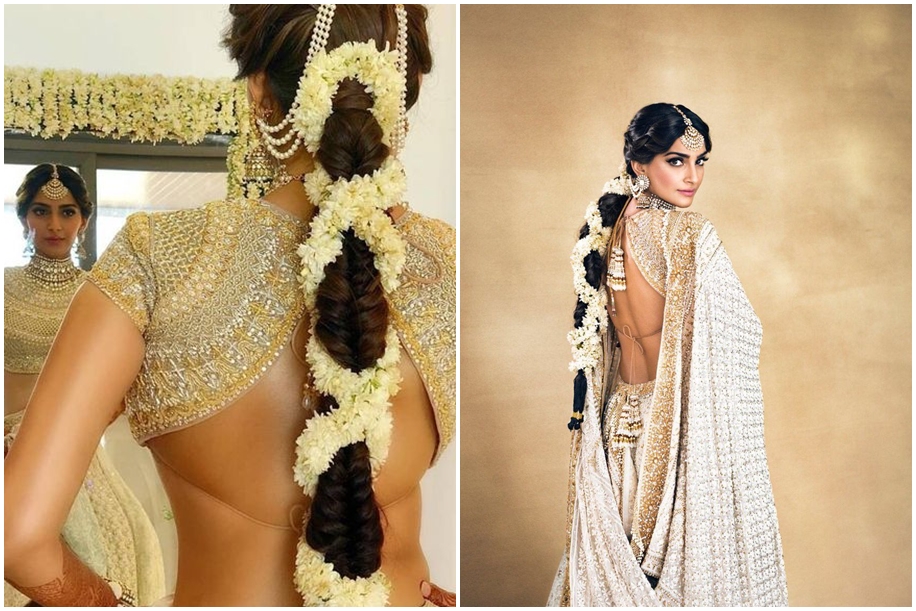 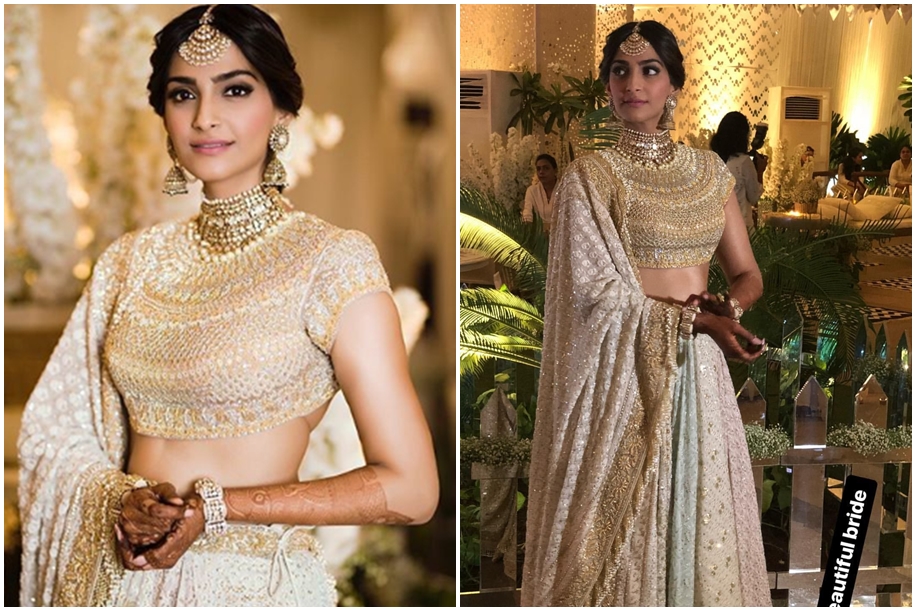 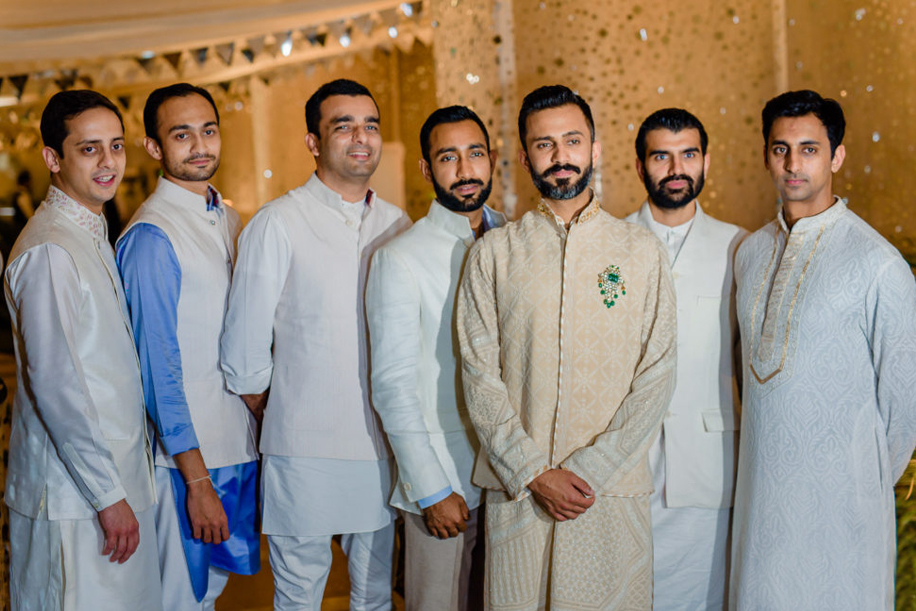 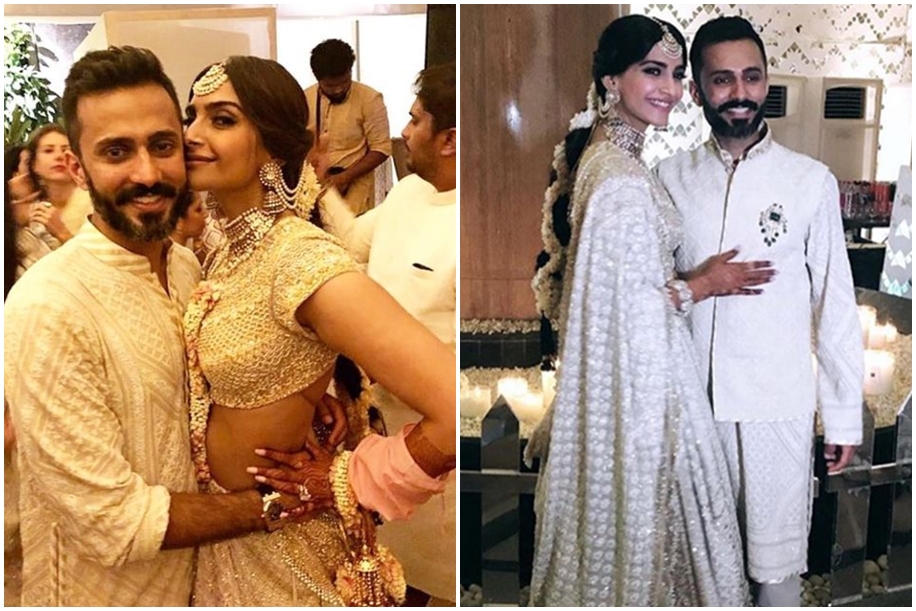 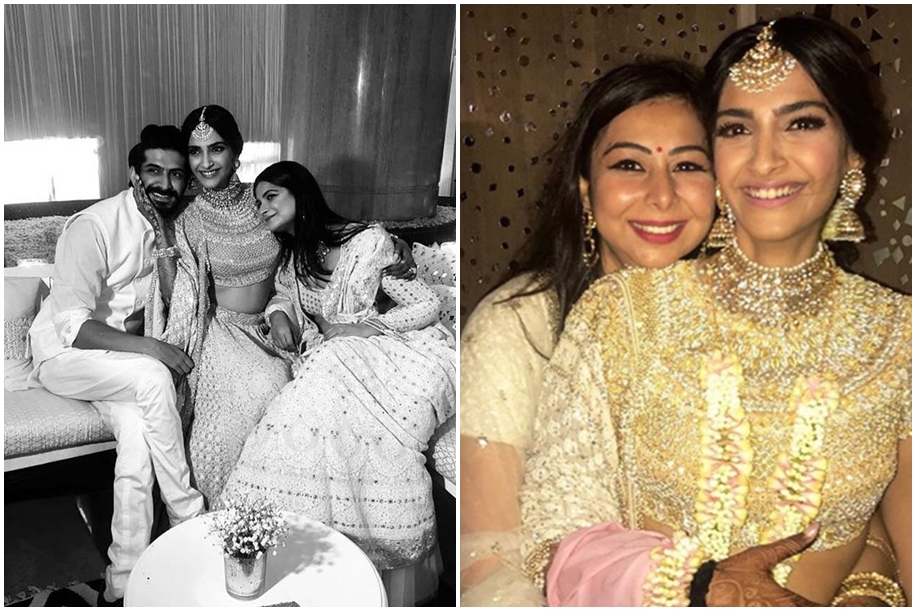 Wedding
The couple wed as per Sikh rituals at the Bride’s maternal aunt’s house in Bandra, Mumbai. The ceremony was attended by a huge number of Bollywood celebrities whose glamour and style made the function a star-studded one.

Sonam Kapoor the style icon, left everyone surprised when she appeared as a traditional Punjabi bride in her red and gold lehenga designed by Anuradha Vakil. The lehenga and dupatta featured beautiful lotus motifs. She completed her look with an eye-catching multi-layered matha patti.

Anand Ahuja was dapper in a golden sherwani by Raghavendra Rathore. He teamed his outfit with a gold and white saafa which was accessorized with a bejeweled sarpech from Amrapali. 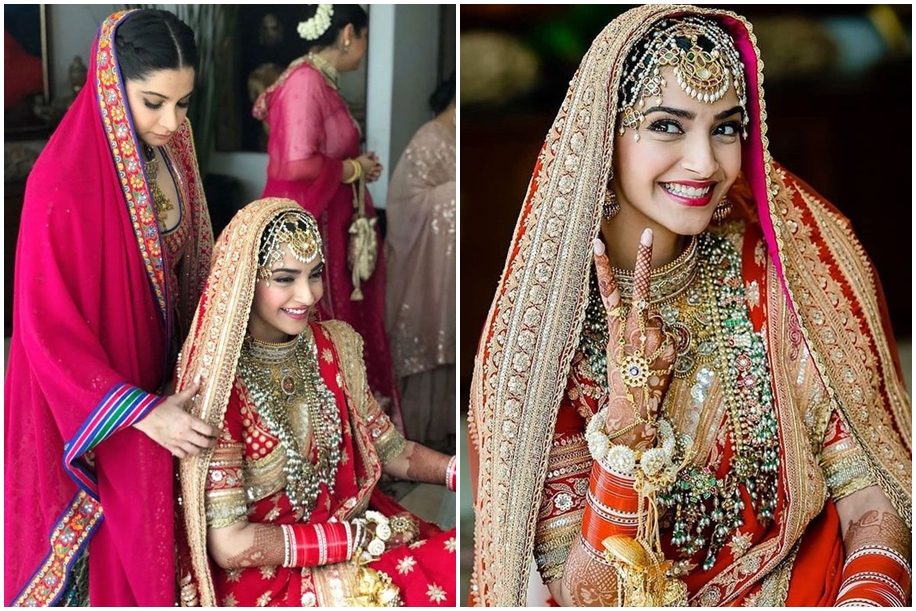 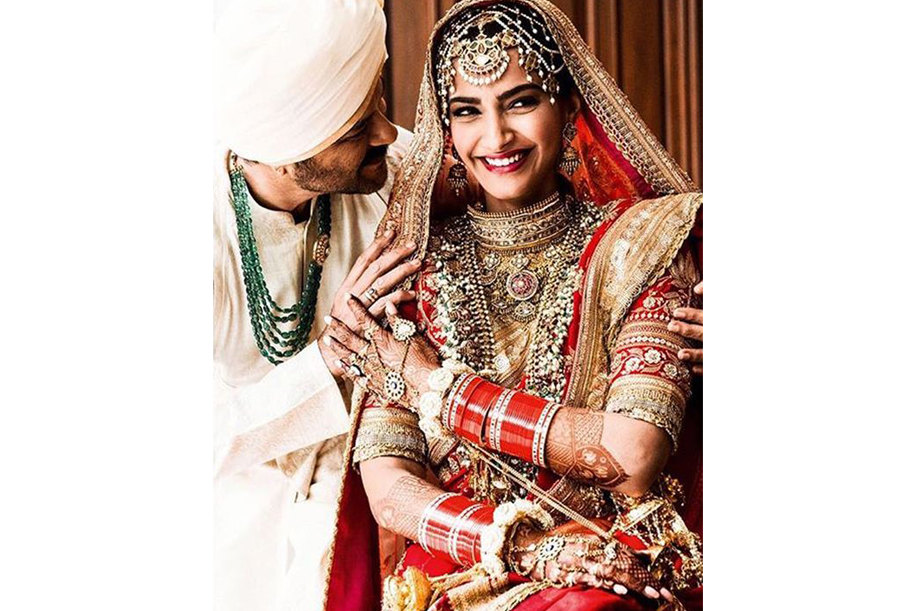 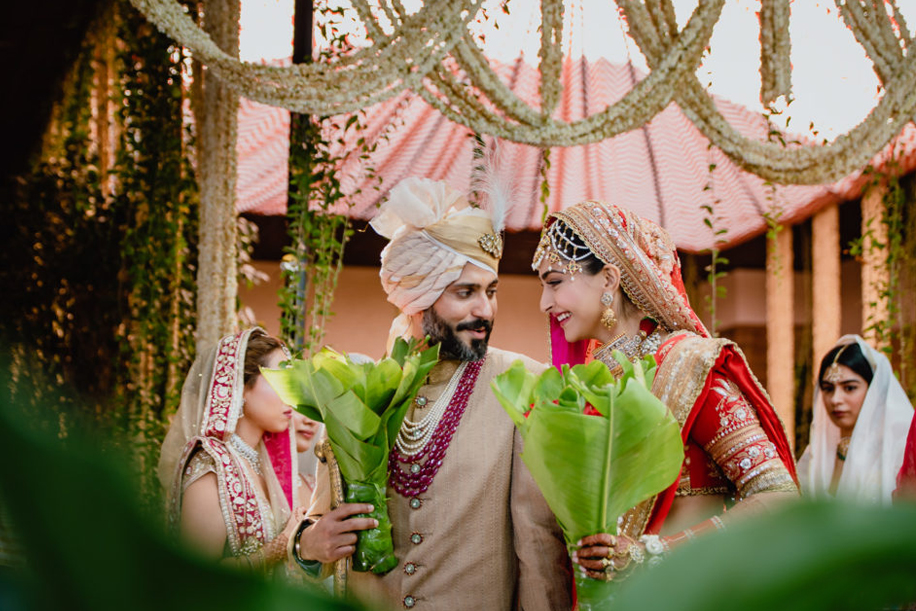 Reception
For the reception, Sonam donned a graphic white and grey Anamika Khanna ensemble. Paired with an ivory cape that had a lovely golden border, the lehenga was an unusual choice due to its understated color combination. She wore her hair sleek and straight with a middle parting and amped up the glamour quotient with bright red lips.

The groom complemented his bride’s look by choosing to wear a black bandhgala achkan complete with striking buttons. He brought a twist to his look by pairing his attire with white Nike sneakers.