Joe Jonas and Sophie Turner had a grand wedding celebration in France. Guests present at the wedding revealed that the couple shared an emotional moment during nuptials before the celebrations turned into a big party! Sophie and Joe had been together for a while before they got engaged back in 2017. Ever since then the couple had fans waiting to hear them announce their wedding. Rumors about them getting hitched started doing the rounds during Priyanka Chopra and Nick Jonas’ wedding last year. And the scale of the #Nickyanka wedding sure had everyone thinking that Sophie and Joe might go the same extravagant route. However, the couple surprised everyone with an impromptu wedding in Las Vegas as they casually walked in a chapel and walked out as husband and wife after the Billboards Music Awards in May 2019. As reports suggest, it was Joe who came up with the idea that sent fans into a frenzy. While they’re already legally married, the couple did want to host an official wedding ceremony with their loved ones present. Besides Joe’s parents, his brothers Kevin and Nick, along with their better halves – Danielle Jonas and Priyanka Chopra Jonas respectively, showered the couple with love and blessings on their big day. June 29, 2019, was chosen for their ‘public’ wedding which took place in Sarrians in Southern France. 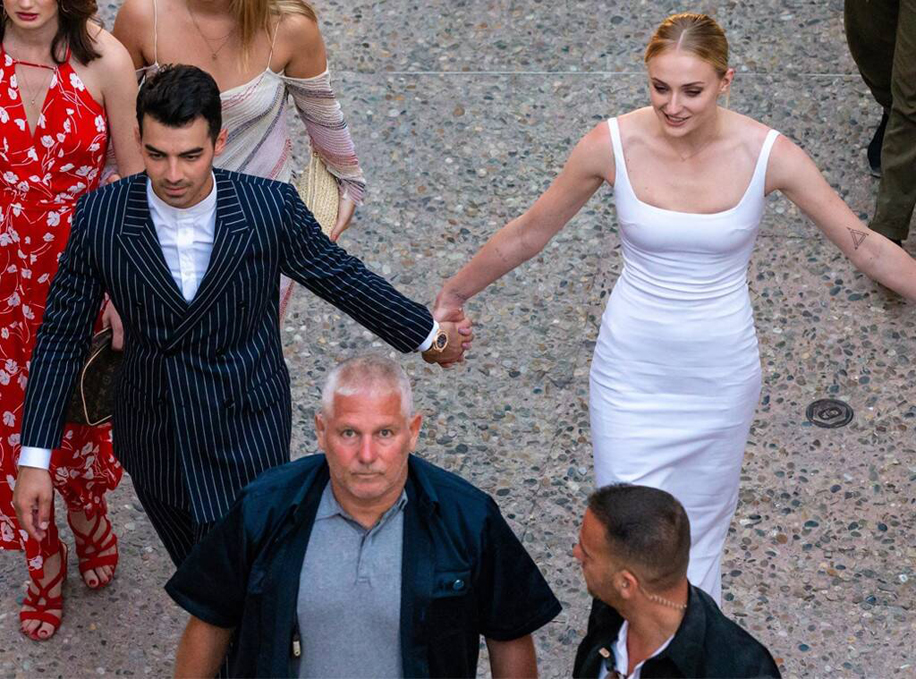 Sophie was a gorgeous bride in a white Louis Vuitton gown with a long veil while Joe chose a black tuxedo from Berluti designed by Kris Van Assche for the big day. 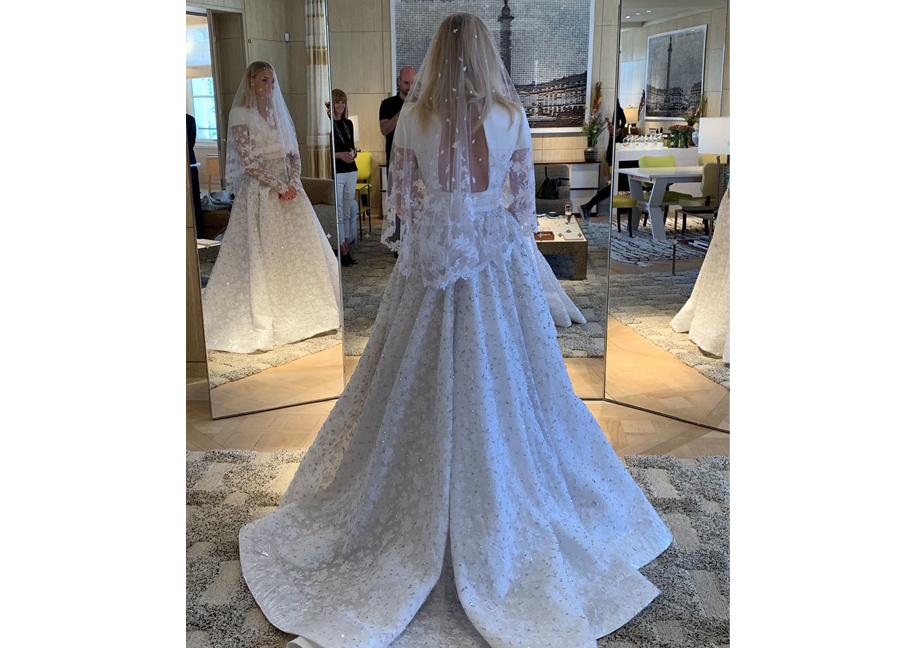 The nuptials took place at Château du Martinet in Carpentras, while the reception was held at Le Château de Tourreau. Photos of the couple and family members flooded social media soon after. 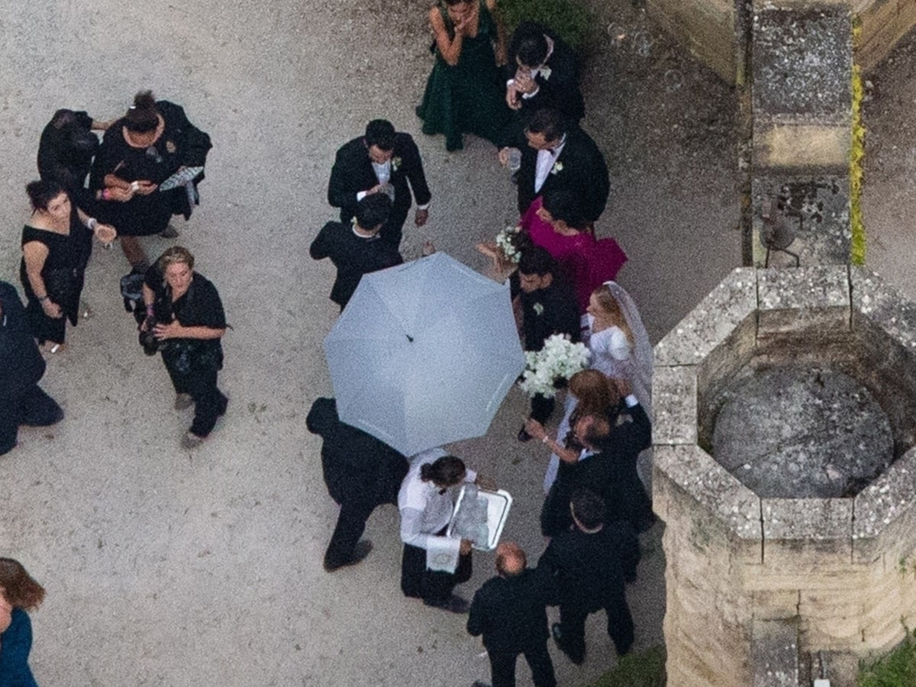 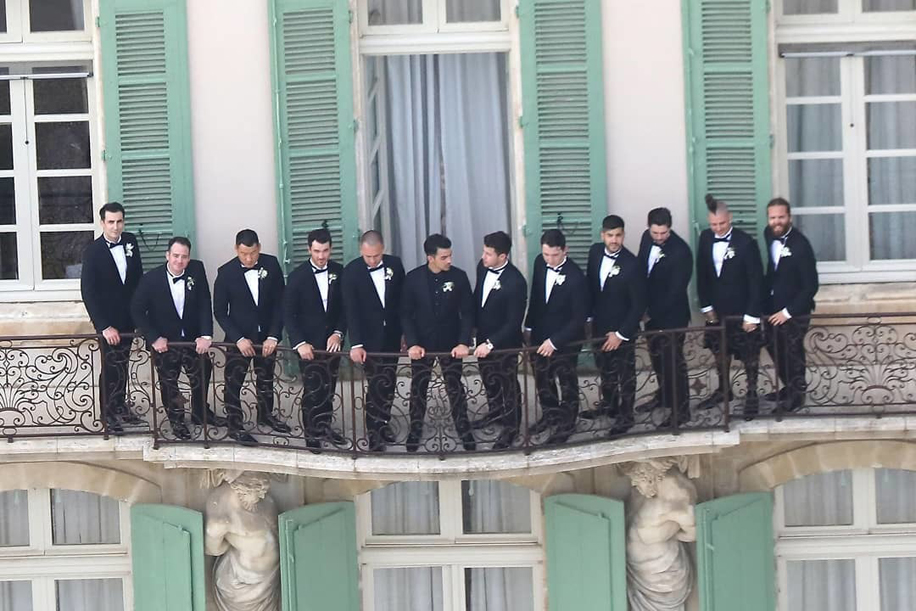 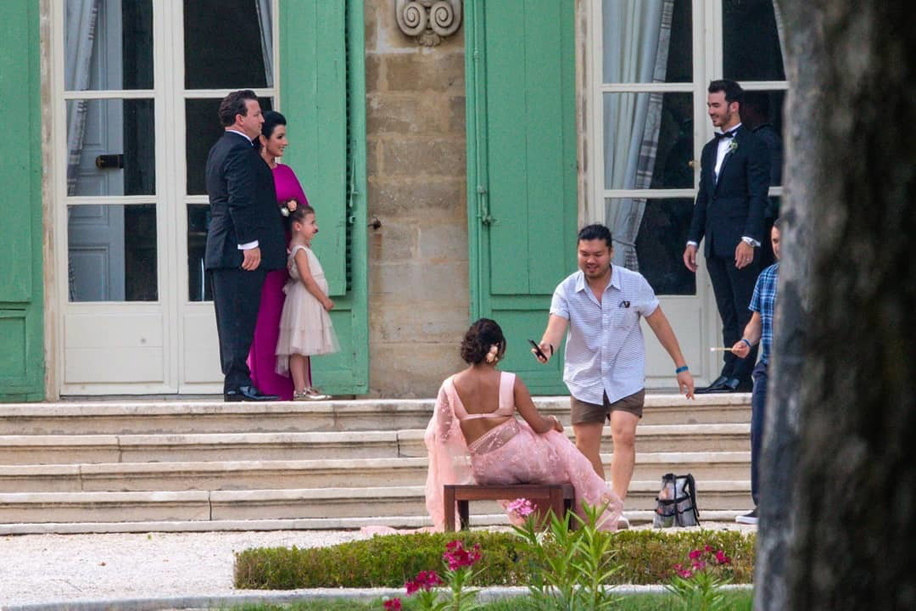 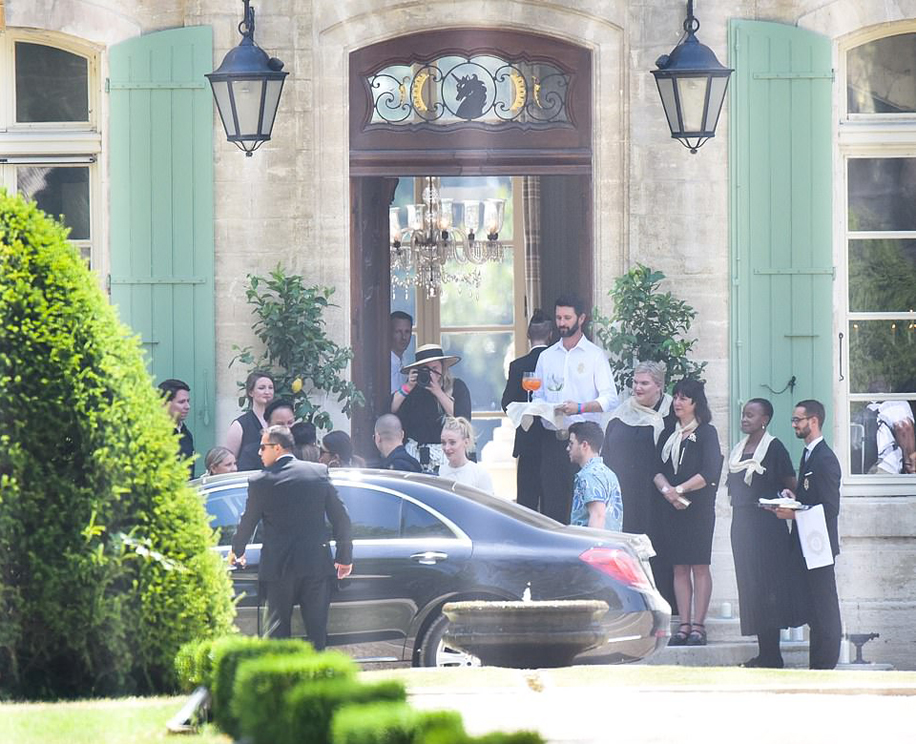 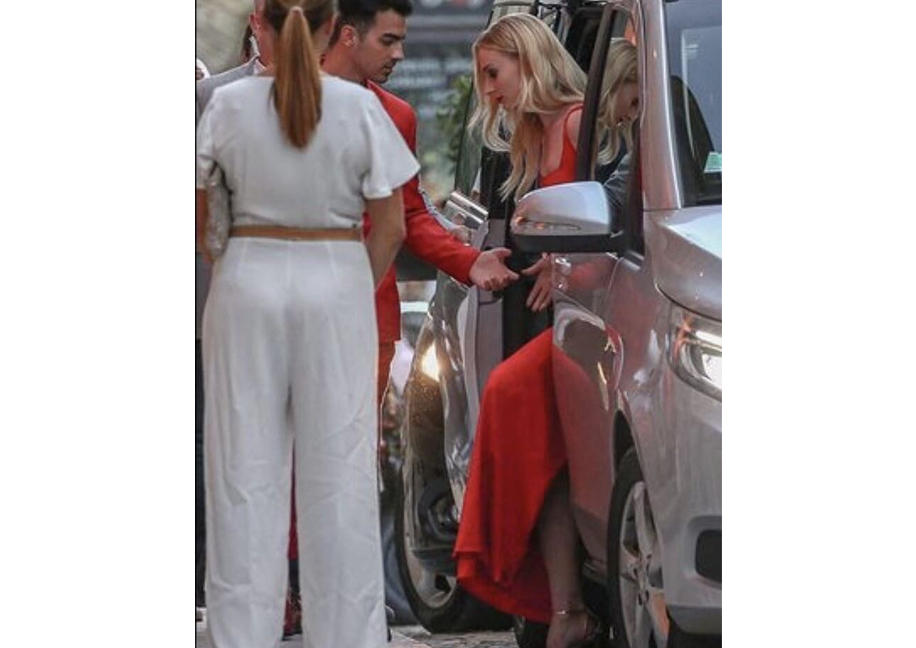 The couple hosted a rehearsal dinner a day before the wedding and looked picture-perfect in their twinning outfits. 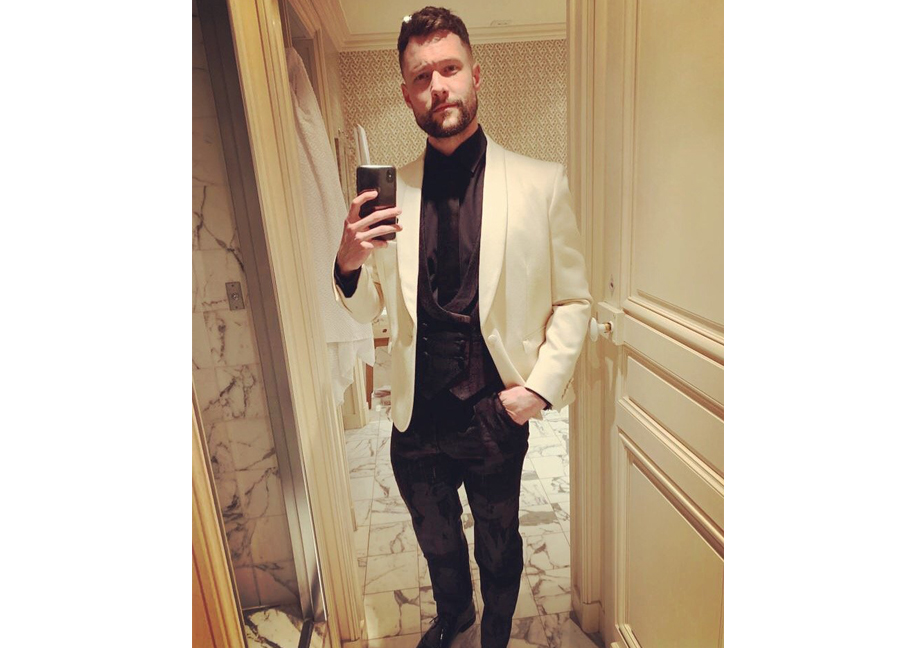 The guests also watched Calum Scott sing ‘You Are The Reason’ at the couple’s wedding.

The happy couple was seen having a good time aboard a boat ride in Paris, surrounded by their loved ones.