Bollywood actress of Gajini fame, Asin tied the knot with Rahul Sharma- co-founder of Micromax, at Dusit Devarana in Delhi. The Christian wedding took place in the morning around 11 where she wore an off shoulder white gown from Vera Wang and Cartier jewels and Rahul chose to wear a classic suit and bow-tie from Tom Ford. Bollywood actor and the couple’s matchmaker, Akshay Kumar was the bestman at the Christian wedding ceremony being the groom’s close friend. 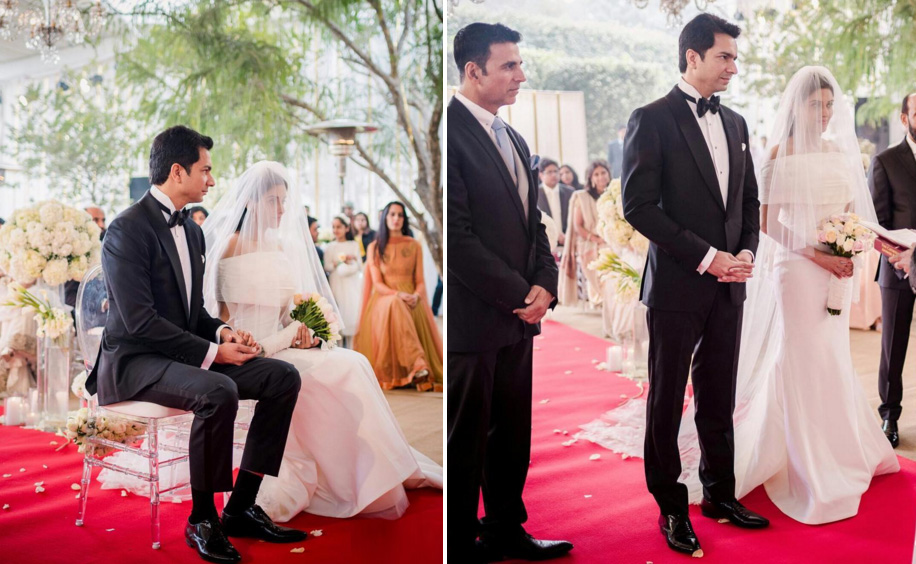 Later in the evening, the couple married according to hindu rituals with jamala and pheras in a mandap setup over a water body. Asin looked elegant in a golden voluminous lehenga by Sabyasachi Mukherjee and sported flawless makeup with a maroon pout. Rahul wore a traditional beige sherwani by Raghvendra Rathore. 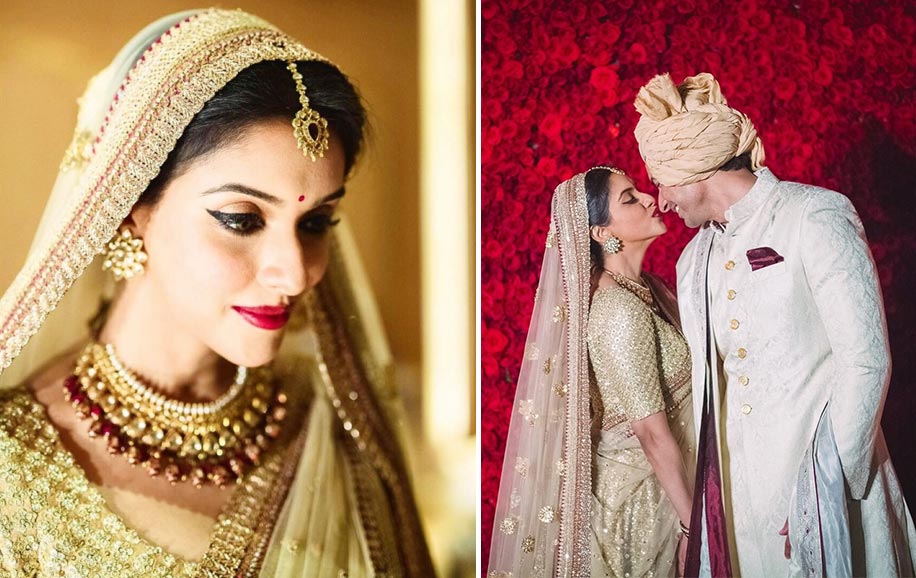 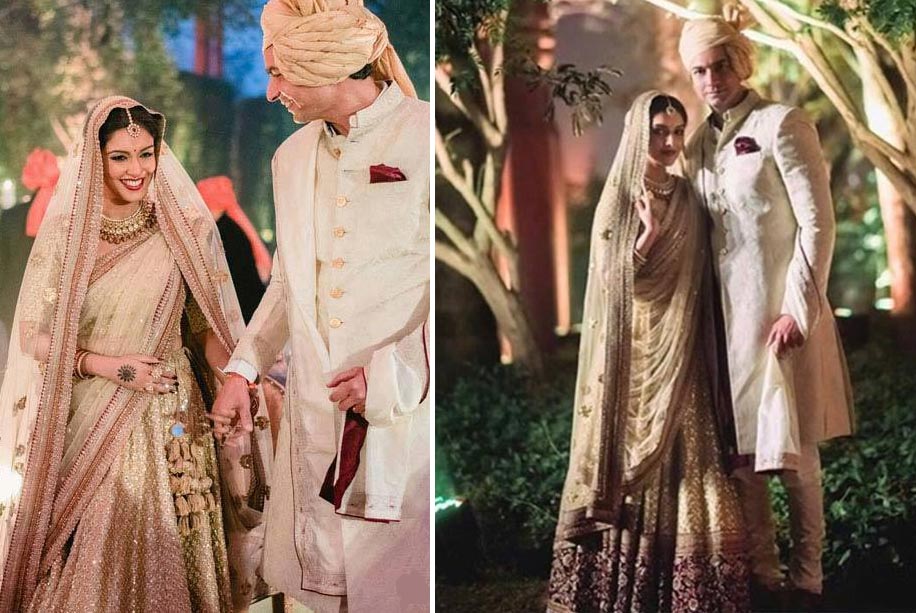 The couple returned to Mumbai for their star-studded reception on 23rd January 2016 which saw the who’s who of Bollywood. Asin looked lovely in her pastel-hued Abu Jani Sandeep Khosla lehenga and a neckpiece from Rare Heritage by Mehta Emporium. Rahul wore a black bandhgala by Raghavendra Rathore. 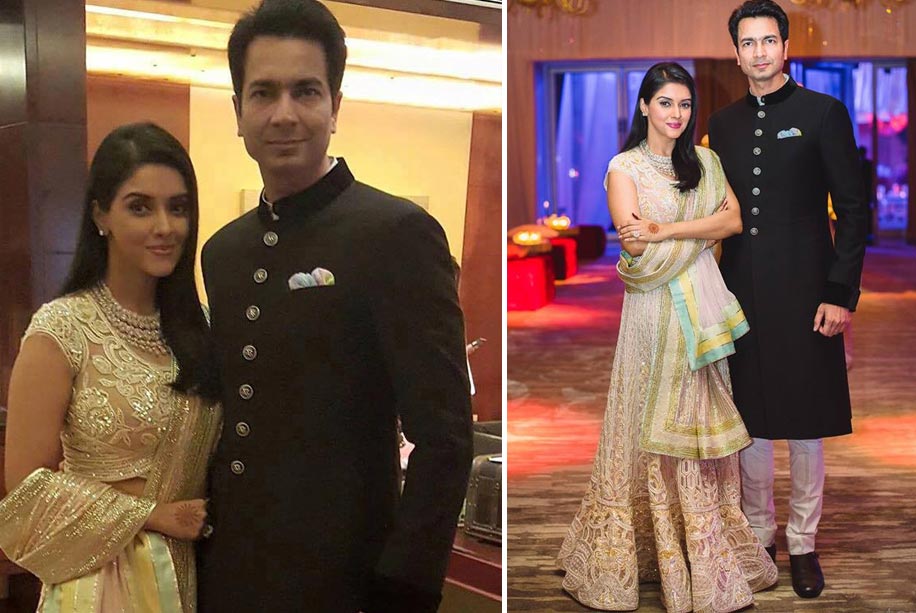