The stunning Malayalam actress looked nothing less than a royal princess in the traditional avatar at her Kerala style wedding with longtime boyfriend and Kannada film producer Naveen.

It looked to be an intimate ceremony as Bhavana and Naveen got married in a simple ceremony in Kerala on January 22, which was only attended by their family and close friends. The gorgeous actress tied the knot with her longtime boyfriend and Kannada film producer Naveen at Thrissur. 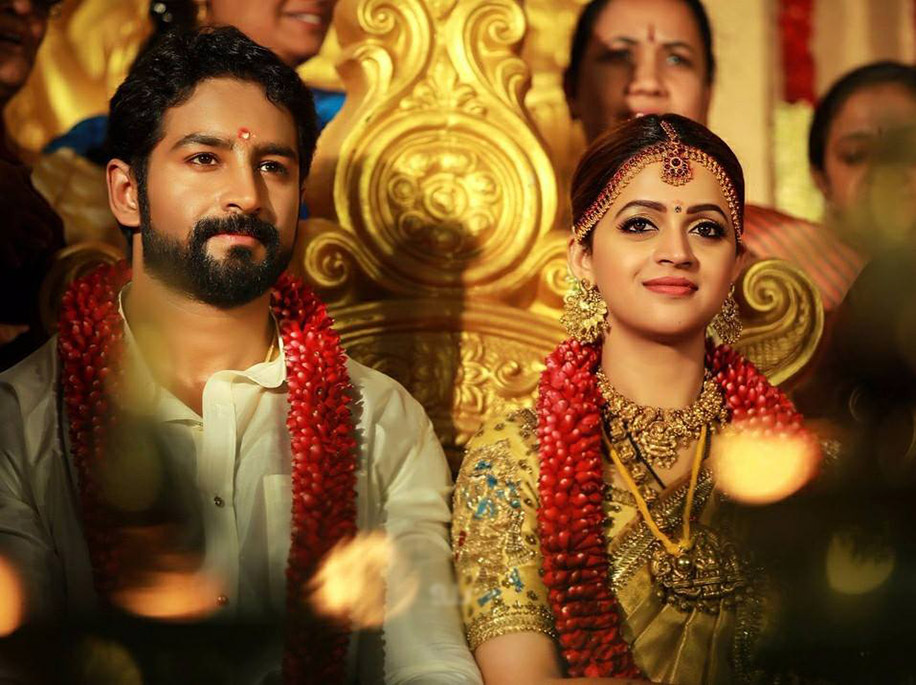 A mehndi function was held a day before the wedding, for which Bhavana wore a gorgeous yellow ensemble. The teaser of this ceremony with her girl pals had created quite a buzz on social media. Actors Remya Nambeesan and Mrudala, as well as singer Sayonara Philip, were part of the event. 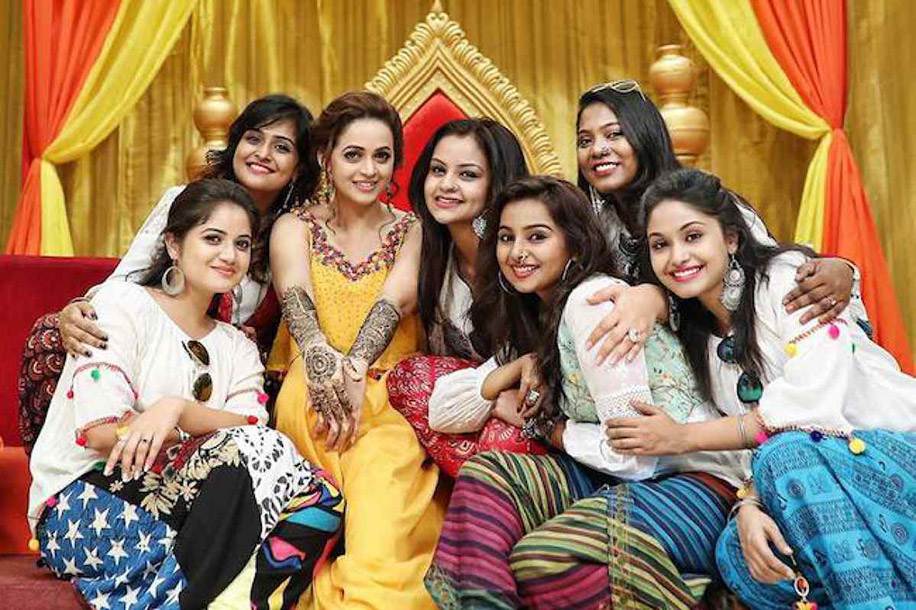 For the wedding ceremony, the radiant bride was dressed in a golden kanjivaram saree with tasteful temple jewellery. She wore her hair in a bun decorated with jasmine flowers but the best accessory was undoubtedly her bright smile which has won over fans for years now. Noted make-up artist Renju Renjimar had earlier posted a selfie with the pretty bride on her social media page, which hints that its Renju’s hands which were behind making Bhavana the pretty bride that she is, on her D-day. Naveen was dressed in a white traditional veshti.

The close friends of the bride and groom, including celebrities such as Manju Warrier, Navya Nair, Sayanora Philip, Miya, Shamna Kasim aka Poorna, Remya Nambeesan and the like were also spotted at the venue, decked up in their best ethnic attires.

A grand reception followed the wedding where the newly-weds met their guests from the film industry. For the reception, the actress changed into an embellished lehenga accessorized with a spectacular diamond necklace. 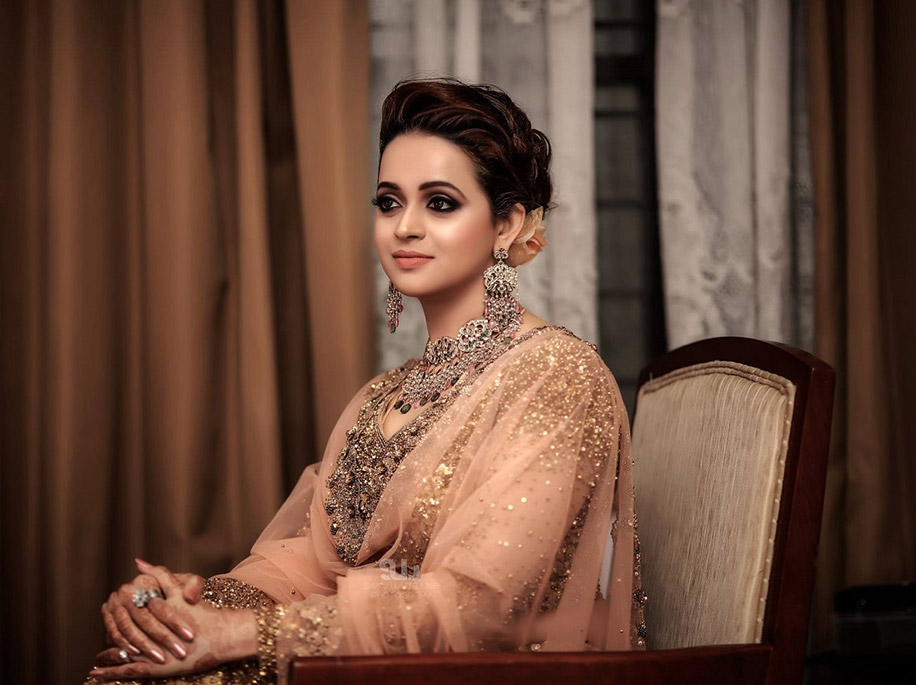 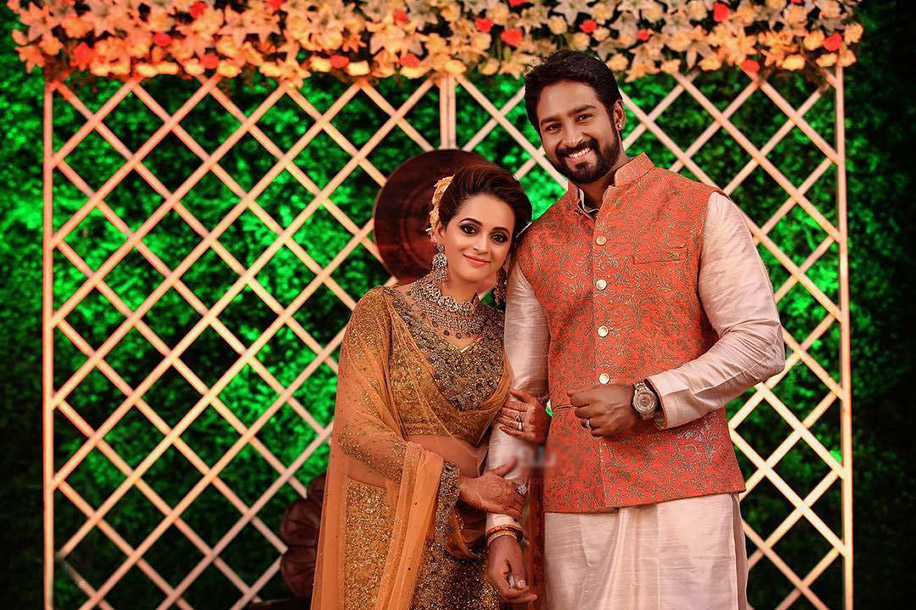 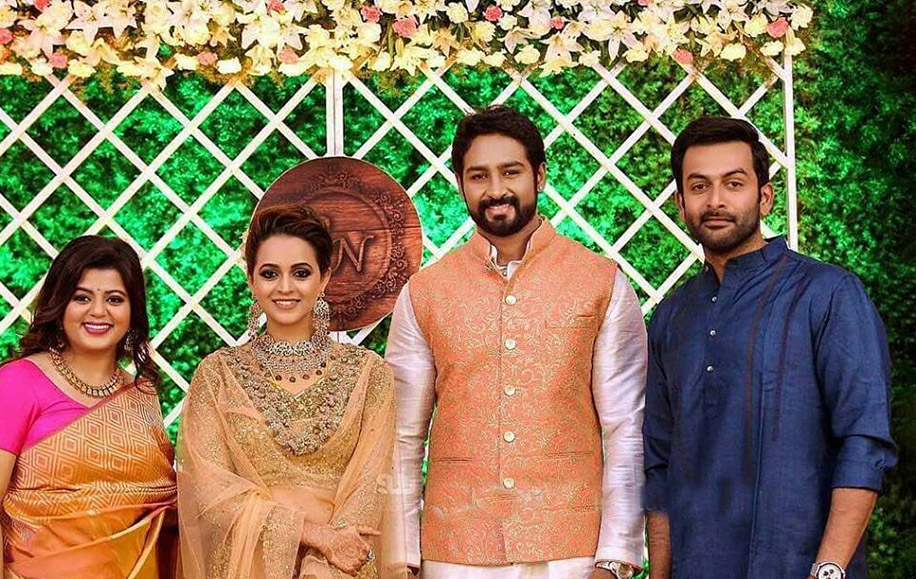 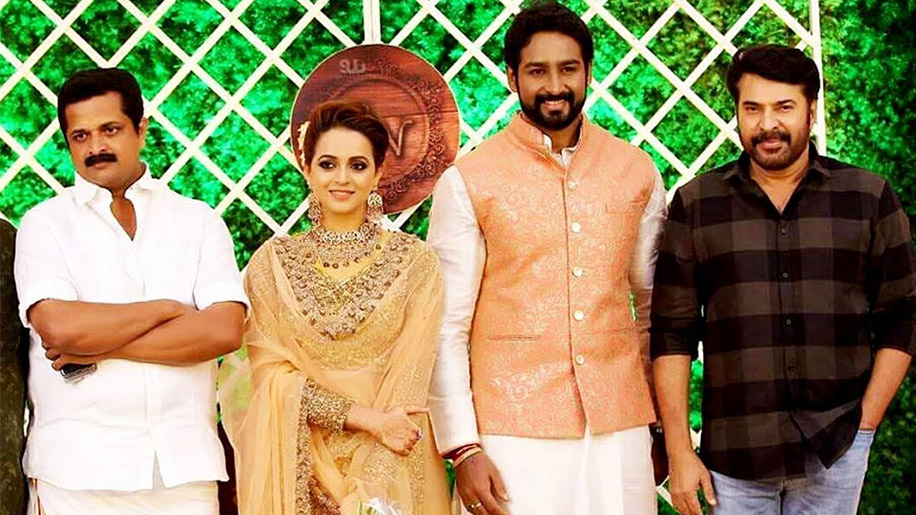