The beautiful actress wore a custom Marchesa gown with a matching double-tiered veil on her wedding to long time beau Brooks Laich.

The Dancing with the Stars veteran and actress Julianne Hough got married to hockey star Brooks Laich in an intimate outdoor wedding ceremony at her family home in Lake Coeur d’Alene, Idaho. 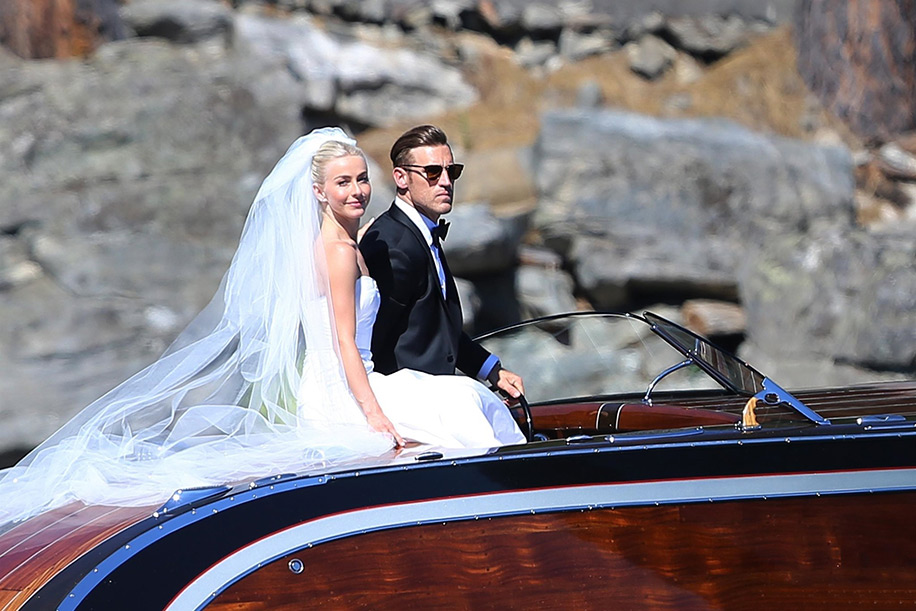 The beautiful actress met the love of her life, Hockey star, Brooks Laich through a common friend and got engaged two years ago when Brooks proposed to her with a huge rock!

The intimate wedding was planned by event planner Troy Williams who decorated the entire setting with 2,000 blooms, 100 flower boxes, confetti cannons, and 200 garden roses, all of which were later donated to patients in hospitals and hospice care outlets.

Hough turned to Marchesa design duo Georgina Chapman and Keren Craig for both her gowns at the wedding. The custom strapless ceremony gown was crafted using over 20 yards of silk radzimir and featured 37 buttons down the back. Julianne paired the look with a tiered tulle Marchesa veil and Lorraine Schwartz earrings. 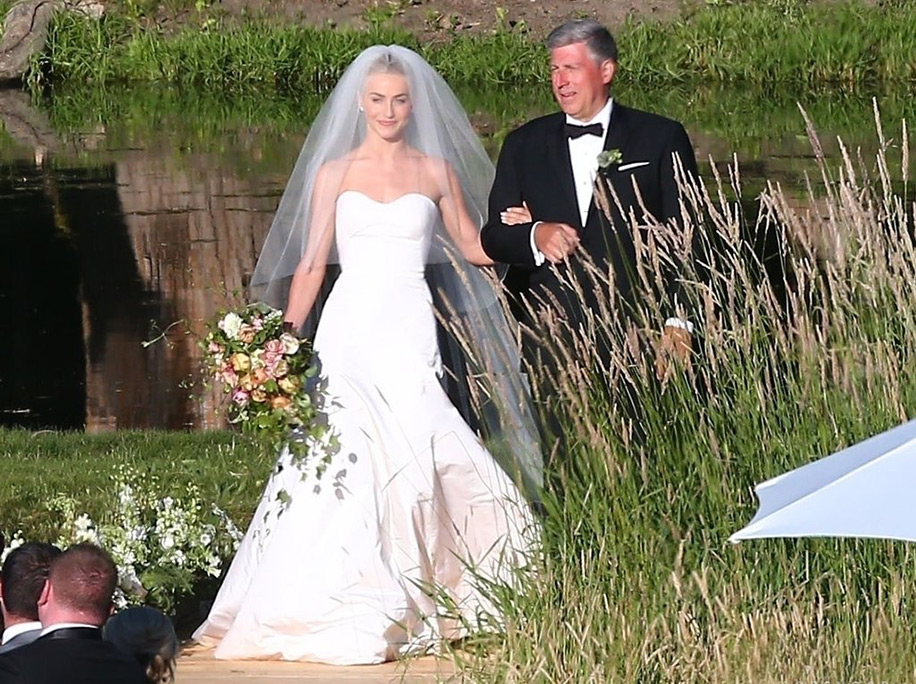 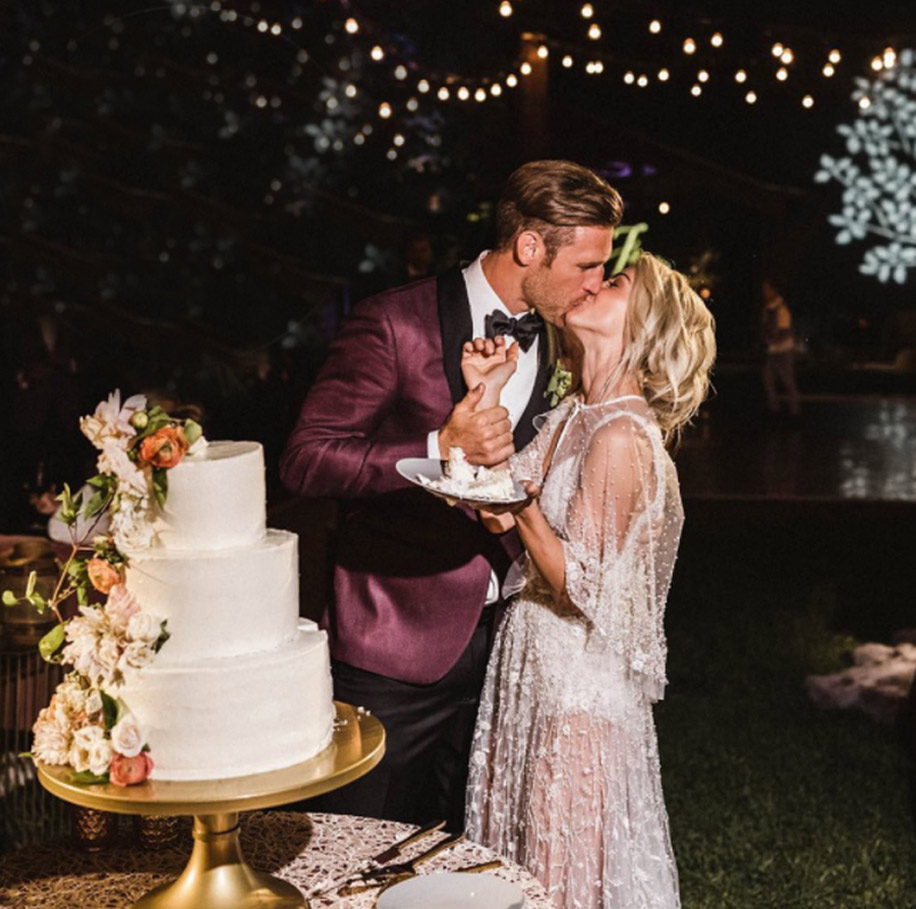 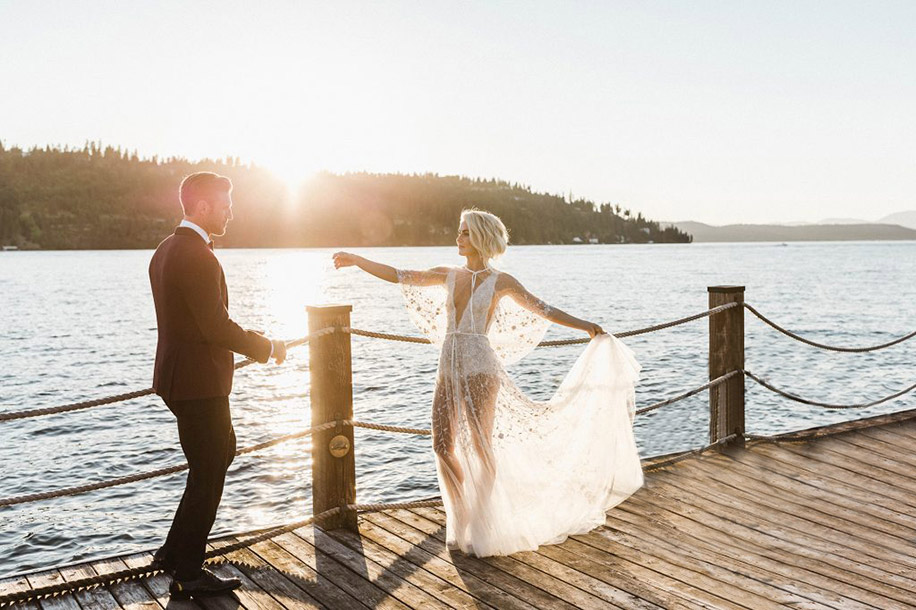 The dreamy wedding soon transitioned into a starry reception which was attended by close celebrity friends and family such as Nina Dobrev, Aaron Paul, Mark Ballas and Julianne’s elder brother, Derek Hough. For the glitzy event, Team Marchesa designed a three-piece ensemble for her, which was hand-beaded with thousands of pearls and crystals throughout the bodysuit, tulle skirt and illusion cape to allow her to shimmer and shine at the dance floor.