The gorgeous actress married her long-time boyfriend and professional equestrian Karl Cook at an intimate wedding ceremony at a horse stable near San Diego, California.

The Big Bang Theory star ‘Penny’ tied the knot with professional equestrian Karl Cook at an intimate wedding at a horse stable near San Diego, California, attended by close friends and family.

The actress was attending a Valentine’s Day horse show when her now-husband rode up on a motorized bike carrying a bottle of champagne and asked her to dinner. This is how they first met and quickly things fell into place. The couple got engaged on Kaley’s birthday in November 2017 after dating for nearly two years and she celebrated her bachelorette party in June 2018.

For the big day, the actress wore a white lace dress with a cape by Reem Acra and styled by Brad Goreski and Daniela Romero, while Cook went with a classic look in a black tuxedo. The beautiful bride later changed into a lace Tadashi Shoji jumpsuit with Louise et Cie shoes and threw her hair into a ponytail for the reception.

The couple delivered their own wedding vows, which had the bride both laughing and wiping tears from her cheeks, as shown in an Instagram video posted by a guest. Once announced husband and wife, the crowd cheered as the couple leaned in for their first kiss as newlyweds. 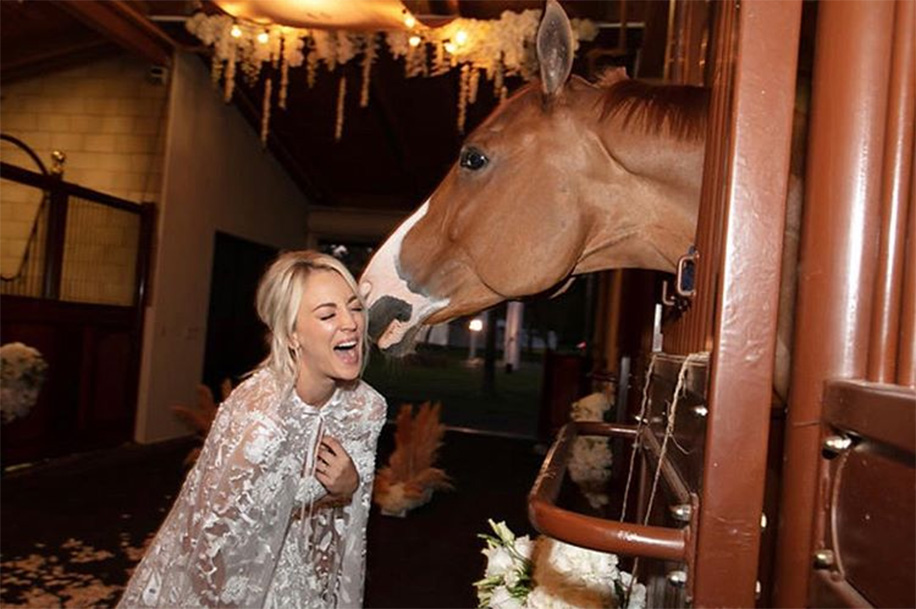 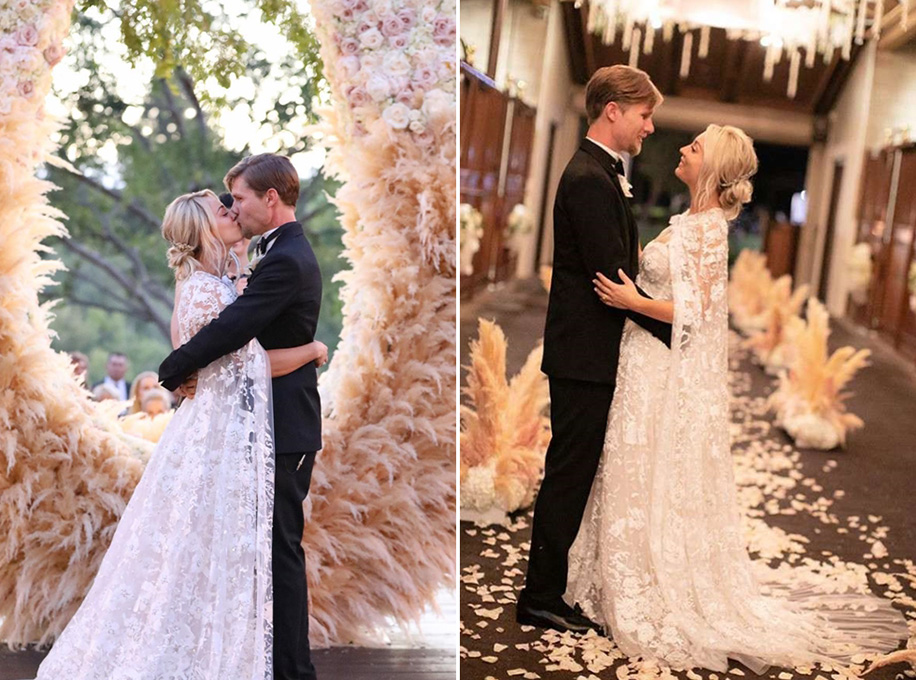 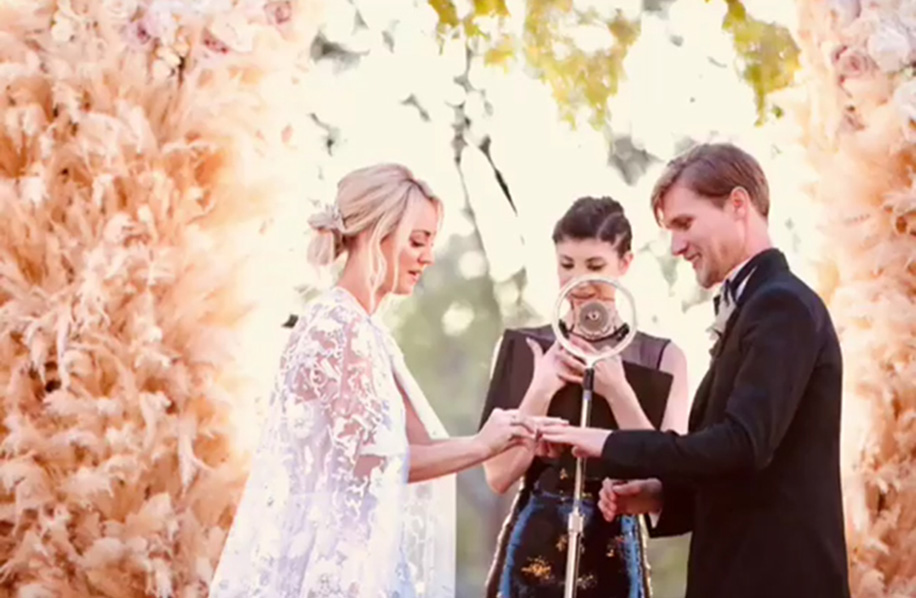 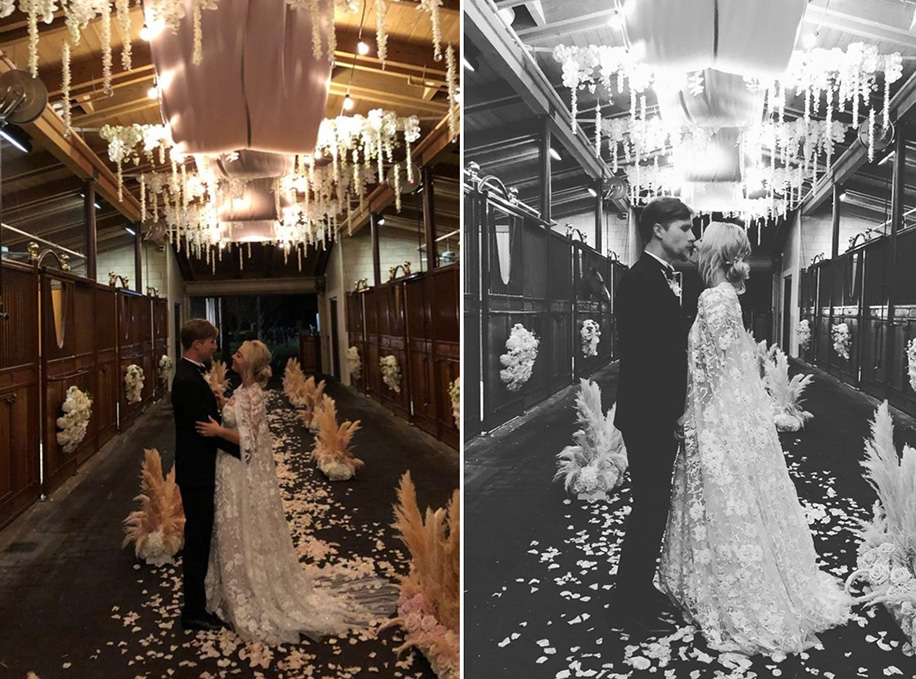 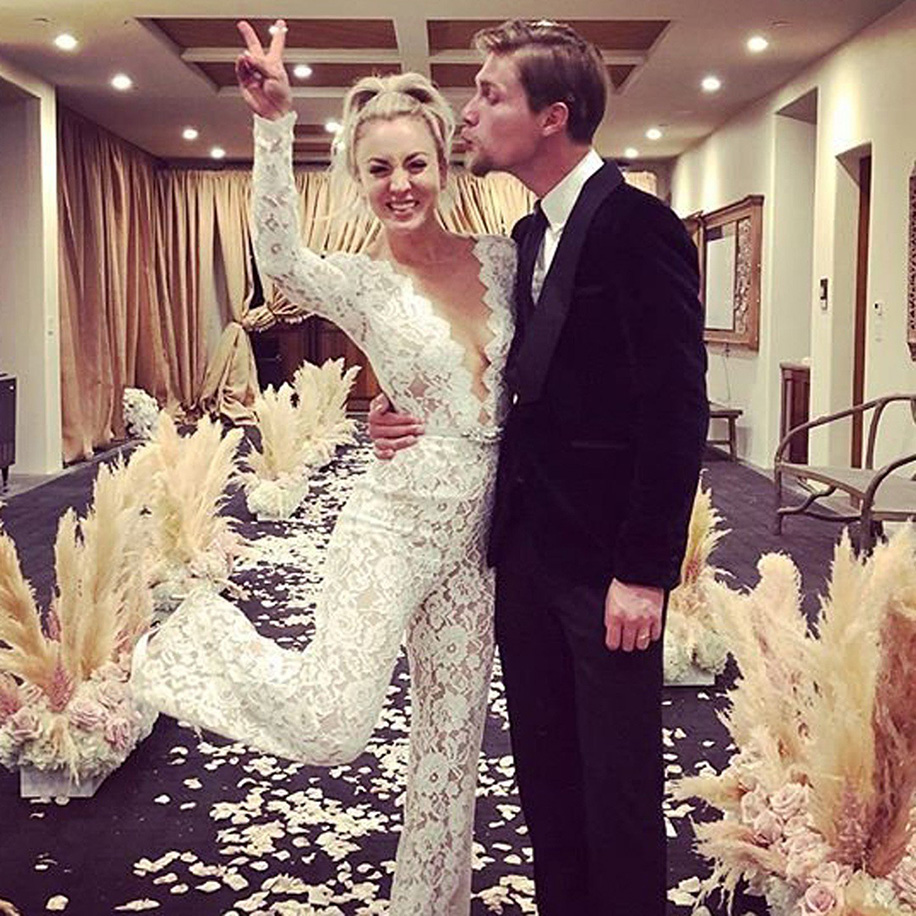