The budding designer threw a bridal shower and celebrated with her close circle of friends, including Bollywood actresses Shilpa Shetty and Pernia Qureshi. She wore a stunning brocade diamond set by Nirav Modi which she paired with an off-shoulder black and white bold crop top and a pair of black breezy pants from her own label.

At the Mehndi at the lawns of Neena Gupta’s friend’s bungalow in Juhu, Masaba wore her own white and gold creation. For the Sangeet, at ITC Grand Maratha she wore a bright pink and gold ensemble in raw silk by Delhi designer Sanjay Garg (Raw Mango). Masaba wore a stunning lehenga by Anamika Khanna for her reception at St Regis. 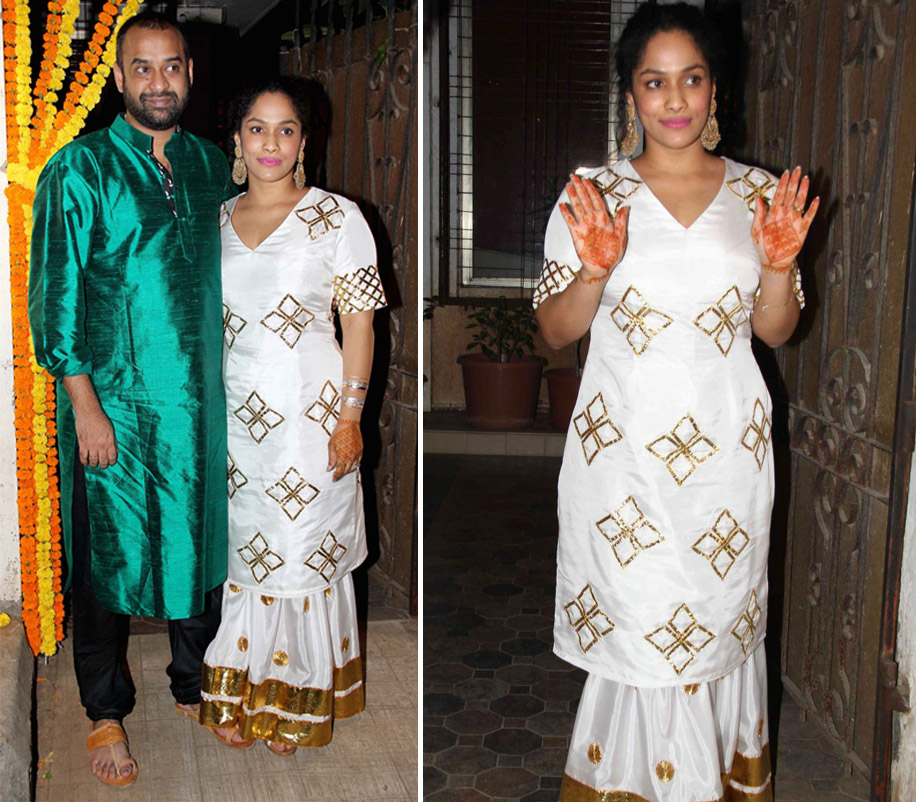 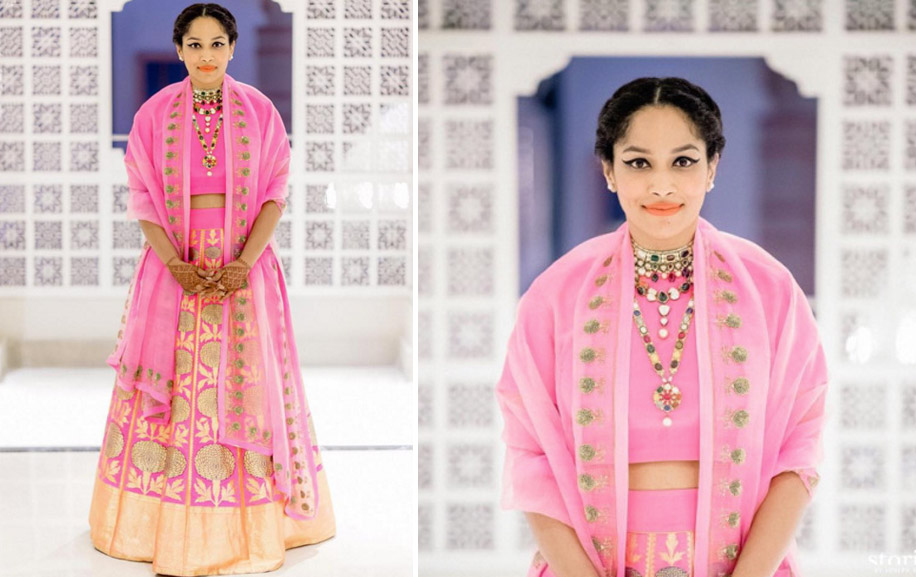 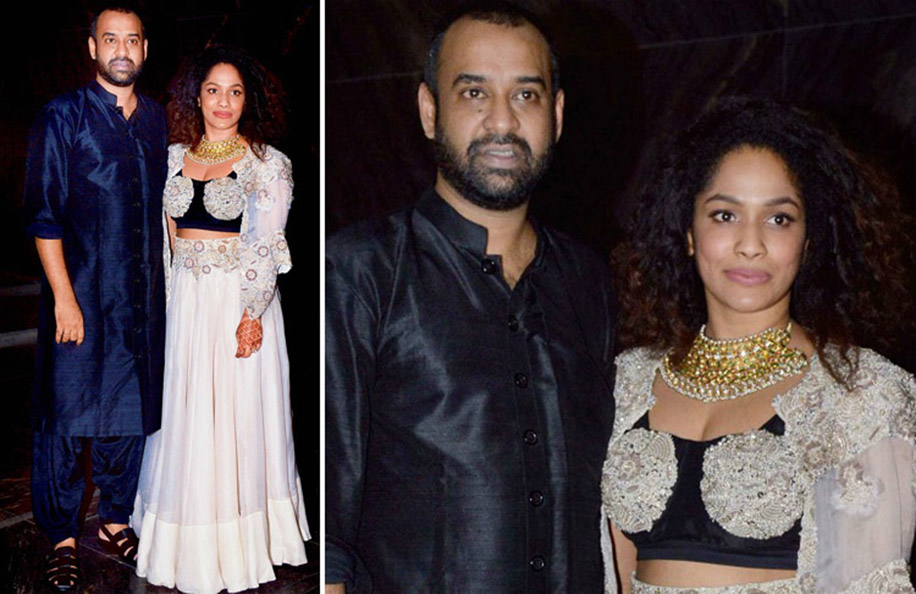 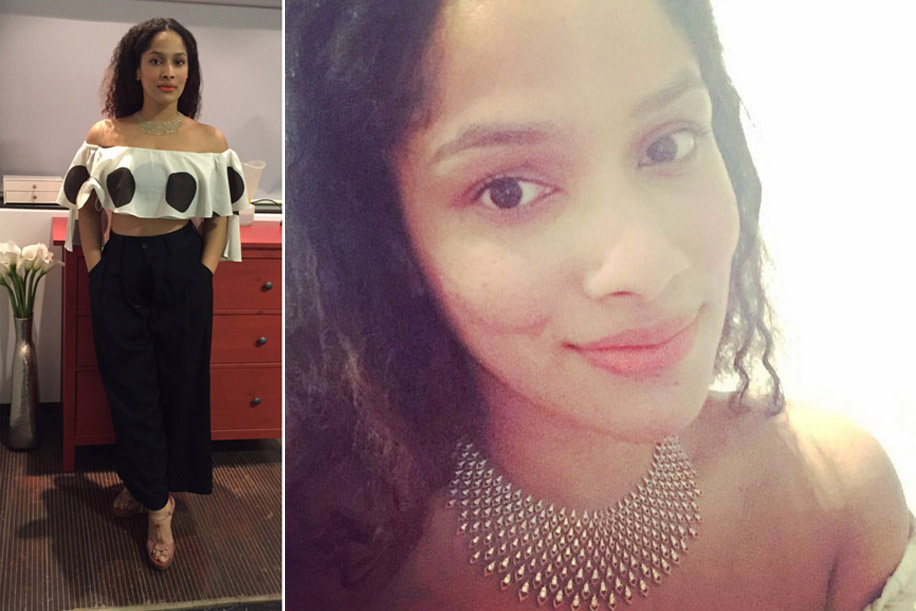