Neha Dhupia and cricketer-turned-actor Angad Bedi revealed that they were husband and wife on social media channels after their private wedding in New Delhi.

Angad Bedi and Neha Dhupia’s secret wedding came as a complete surprise to their friends and fans. The couple had an intimate gurudwara wedding in New Delhi surrounded only by their close family members. Their Sikh nuptials were kept a closely guarded secret even till they announced it on social media channels by posting photos from the ceremony. 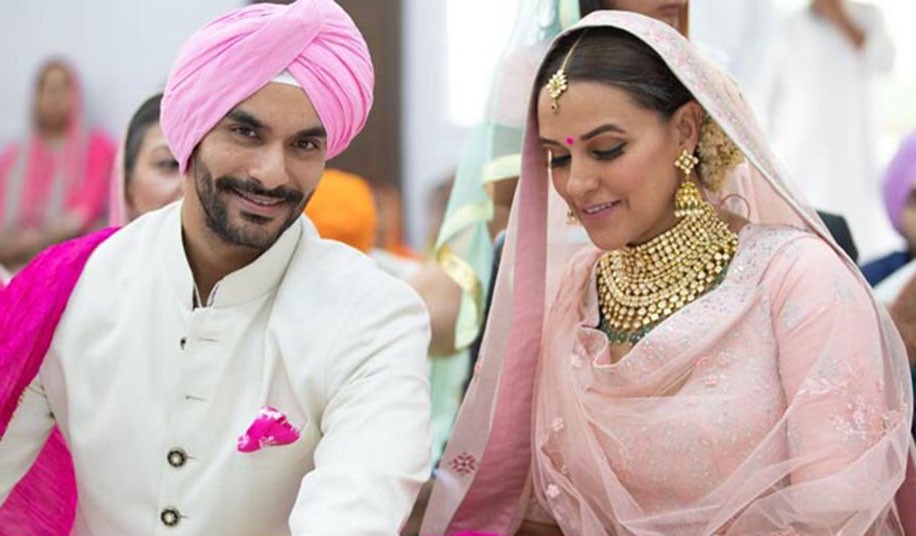 The pre-wedding celebrations included a fun Mehndi function, and in keeping with the vibe of this event, Neha wore a royal blue Fish Khadi kaftan dress from the House of Masaba. Her sleek open tresses, a simple ‘maang tikka’ (forehead ornament) and long earrings completed her refreshing Mehndi look. 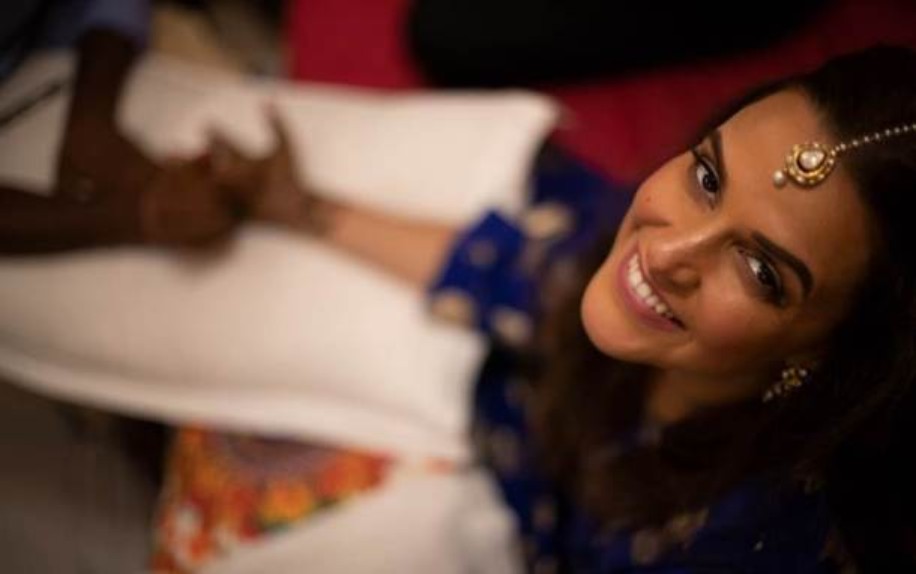 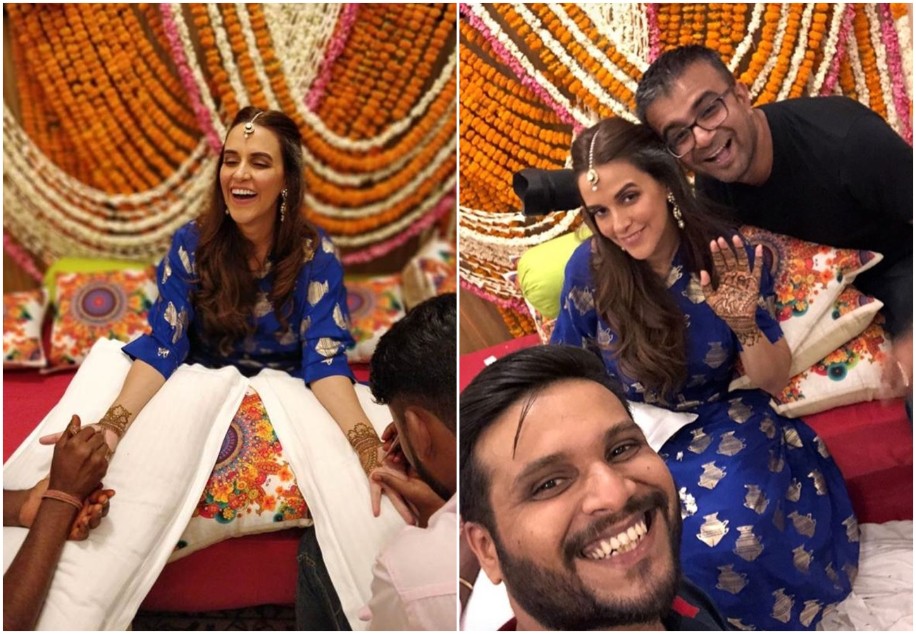 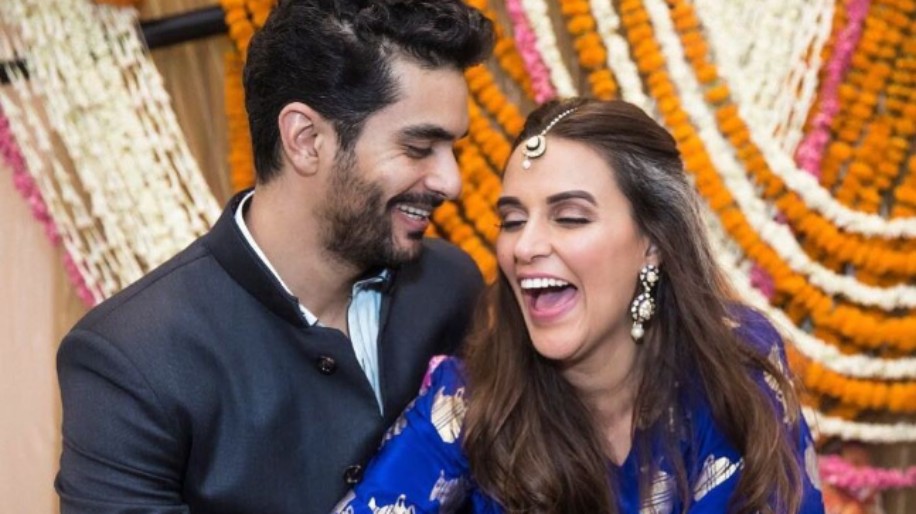 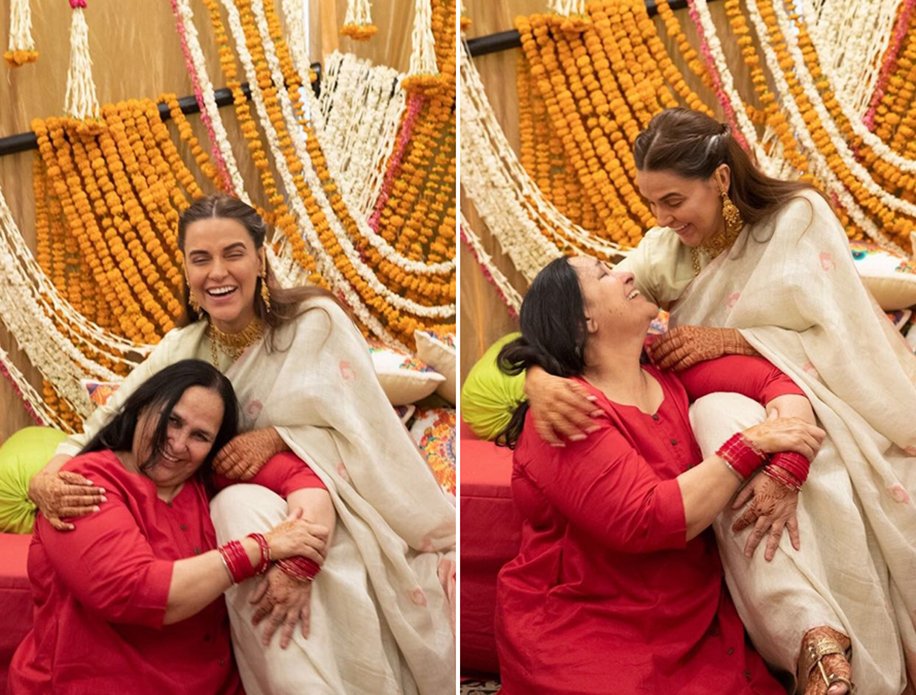 For the ‘Anand Karaj’ ceremony, Neha chose an Anita Dongre lehenga which was perfect for the daytime Sikh wedding ceremony with its baby pink chanderi fabric, organza dupatta with which she covered her heard, and sparkly silver motifs.

Neha’s jewellery at her wedding was striking – the magnificent Kundan choker covered her neck, and her simple ‘maang tikka’ was similar to the one she wore at her Mehndi ceremony. Her pretty long ‘jhumkas’ (ethnic earrings) and ‘chooda’ (red Punjabi bridal bangles) completed her bridal look.

Pink was the dominant color when it came to her makeup look – from her pink bindi to her rosy lips. She flaunted glowing skin, dramatic eyes and bold brows. She wore her long hair in a low bun which she adorned with flowers. Neha also wore her wedding ring which is a family heirloom presented to her by Angad. 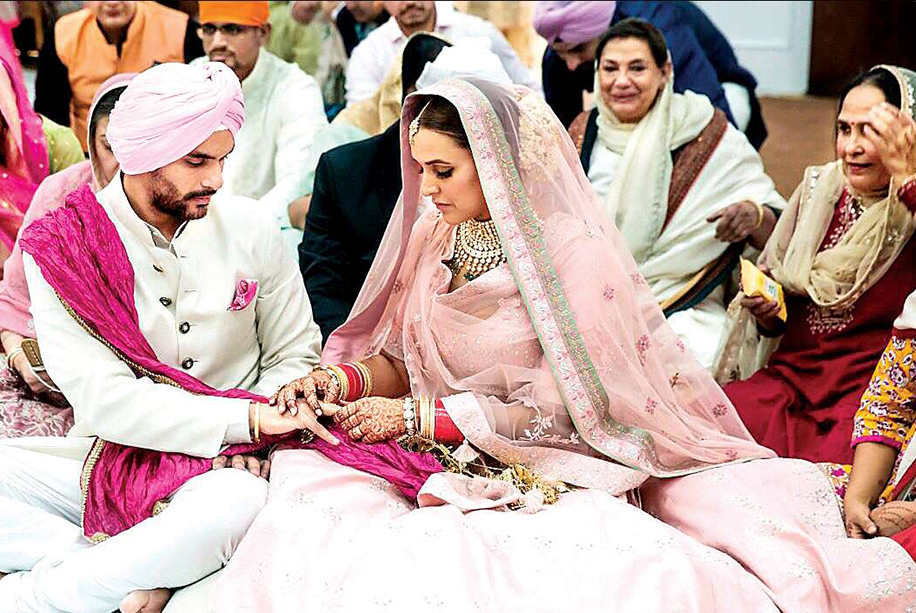 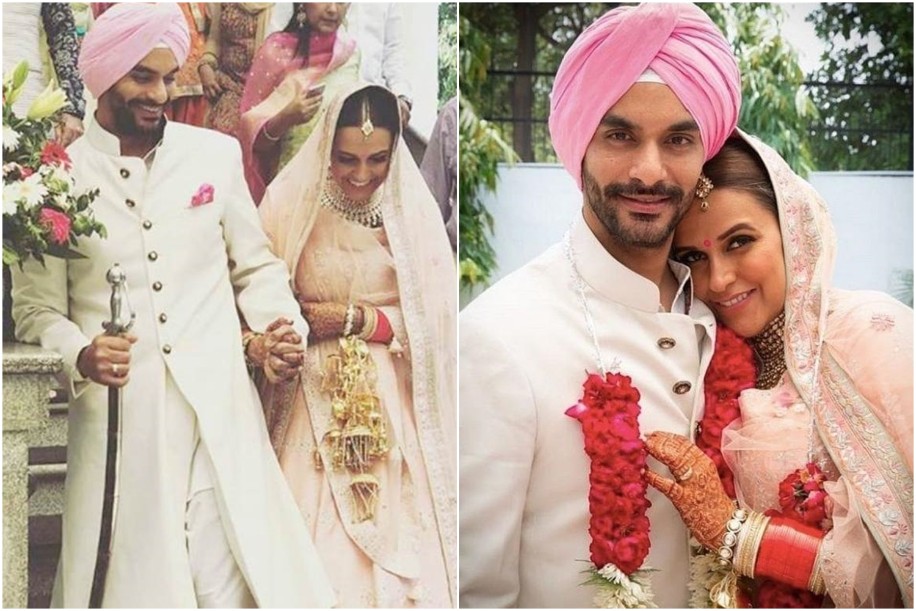 The groom looked dapper in a white kurta paired with a pink turban, pocket square and stole that complemented Neha’s look perfectly. The actor also held a ‘kirpan’ (sword) in his hand during the ceremony which is a custom among the Sikh community. The guest list for this secret ceremony, apart from immediate family members, included a few of the couple’s closest friends such as Gaurav Kapur, Ajay Jadeja, and Ashish Nehra.