The secret Hindu shaadi took place at Urmila’s residence in Bandra at her terrace where a mandap was set up with festive lights and was managed by Urmila’s sister Mamta. Besides her family, the only bollywood personality present was fashion designer Manish Malhotra who is a dear friend of both. Urmila wore a red and pink bespoke lehenga from Manish Malhotra’s ‘Regal Threads Benaras’ collection which is his ode to the ‘Make in India’ movement. She completed her look with a pretty mathapatti, nathani and heavy gold jewellery along with green bangles as per Maharashtrian wedding rituals.

Urmila also hosted a quiet post-wedding party for their family and close friends at her residence. She wore a white anarkali with gold embellishments while Mohsin looked dapper in a well tailored suit. Earlier in the week, she wore a beautiful turquoise ensemble for her mehndi that looks like another of Manish Malhotra’s creations. 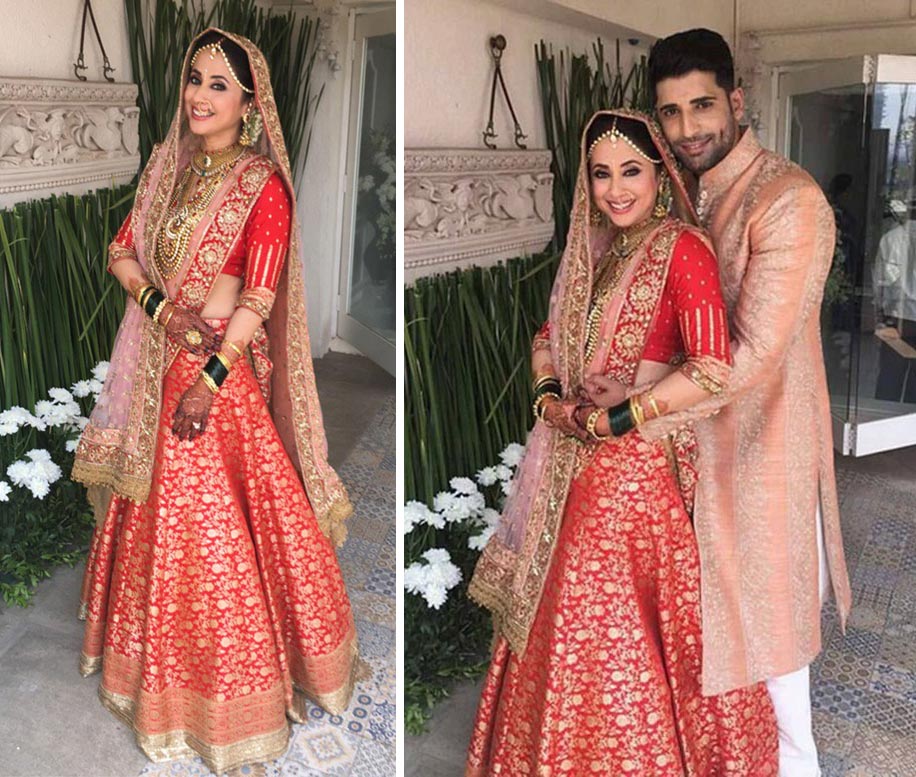 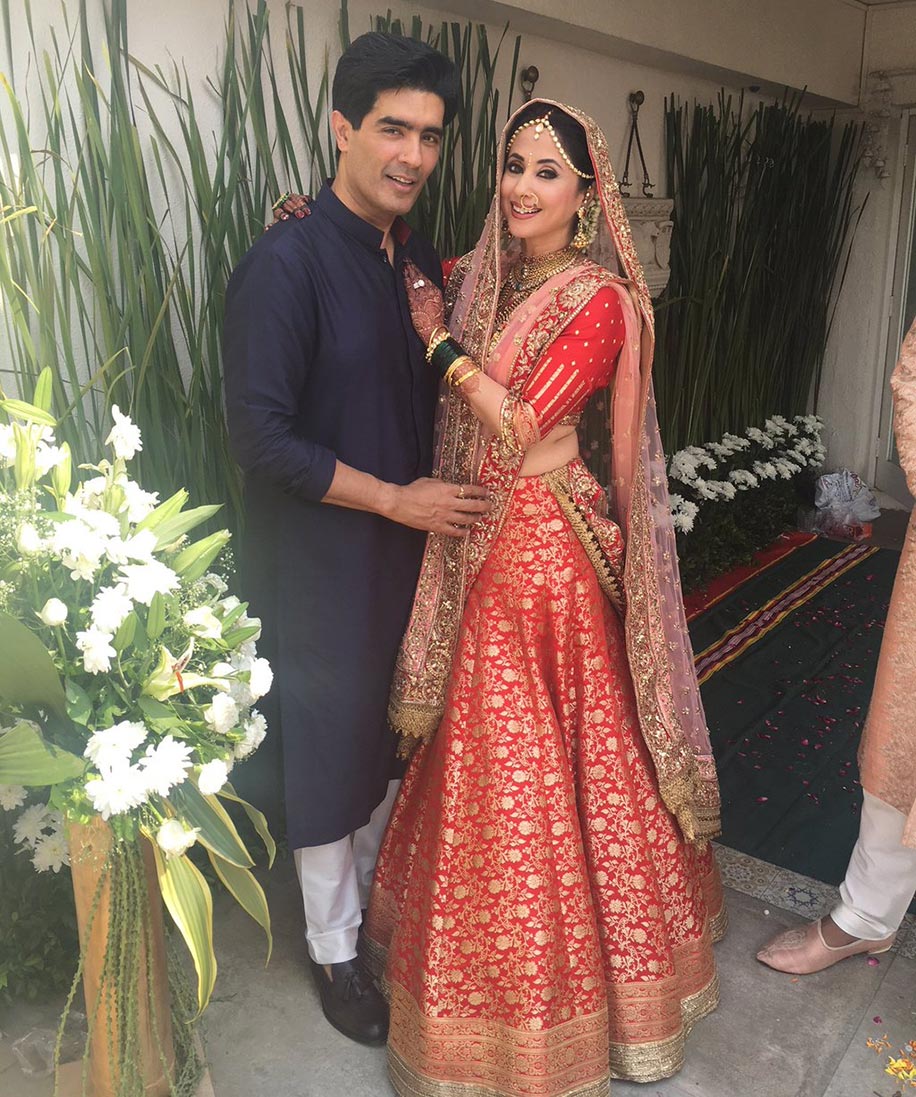 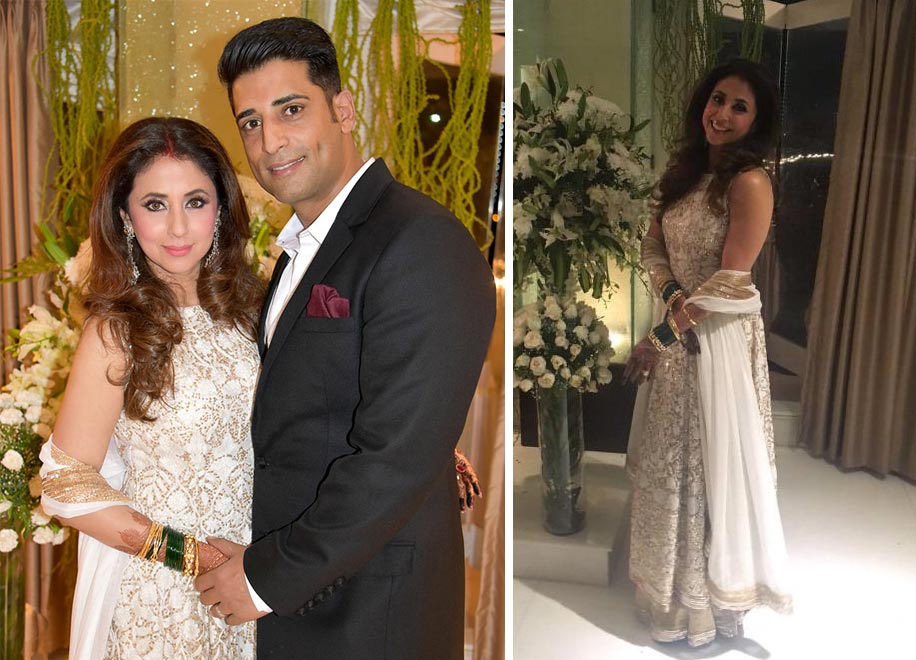 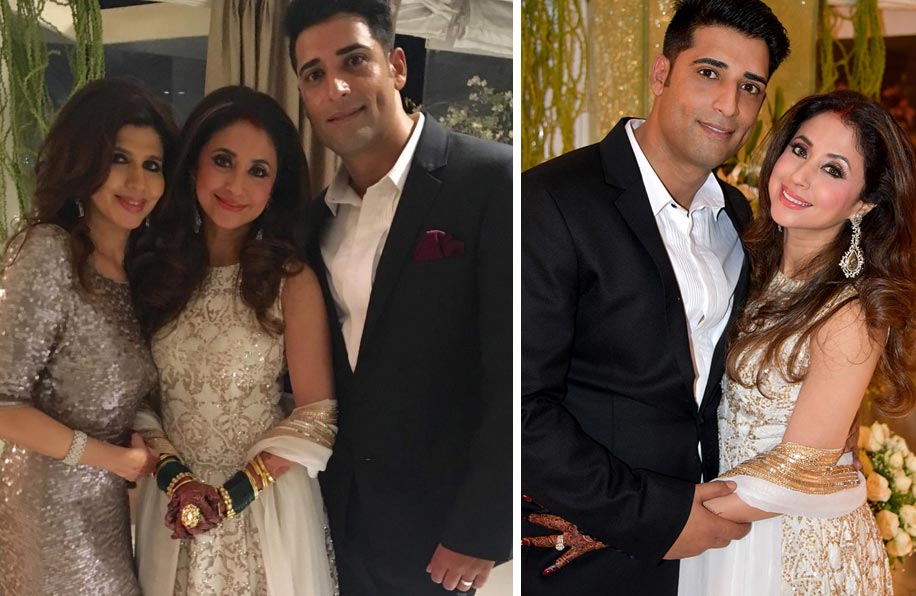 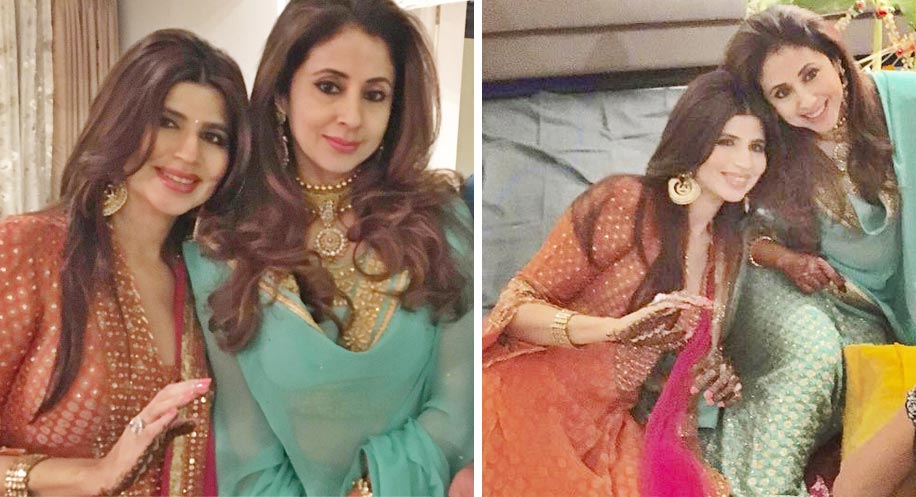