No matter what your literary tastes are — we've got a list of honeymoon destinations inspired by your favorite authors that will create a memorable chapter in your honeymoon album.

The wedding season is in full swing, and couples will soon be planning or flying off for their honeymoons. After months of wedding stress, we recommend picking a honeymoon destination that is as relaxing as basking in the sun with your favorite book. So here is our list of 10 beautiful honeymoon spots that have impressive literary legacies and cultural charm. Just pick your favorite author and go! We are sure you will be turning the pages of your honeymoon album multiple times over the years as you savour the memories you create here.

1. Hemingway’s Paris
Paris’s literary credentials are endless which make it a dream destination for book lovers. Even without its astounding author connections, the ‘City of Lights’ can be the honeymoon attraction of a lifetime. “If you are lucky enough to have lived in Paris as a young man,” Ernest Hemingway once wrote, “then wherever you go for the rest of your life, it stays with you, for Paris is a moveable feast.” Stroll through the windy romantic avenues of the Left Bank, visit the Jardin Luxembourg Gardens or sit down at one of his favorite cafes with your better half to make Hemingway’s Paris your own. 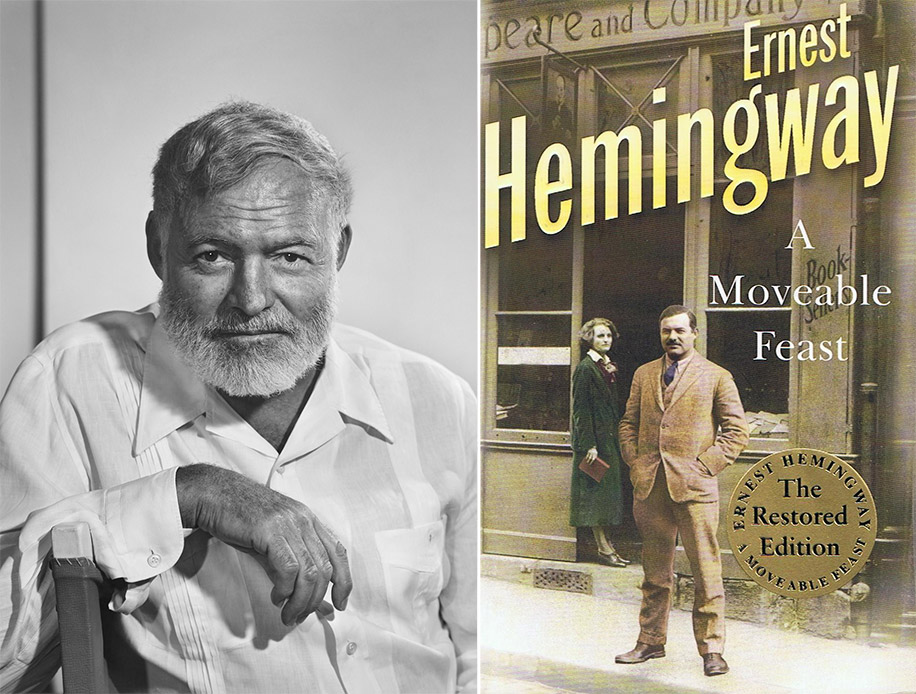 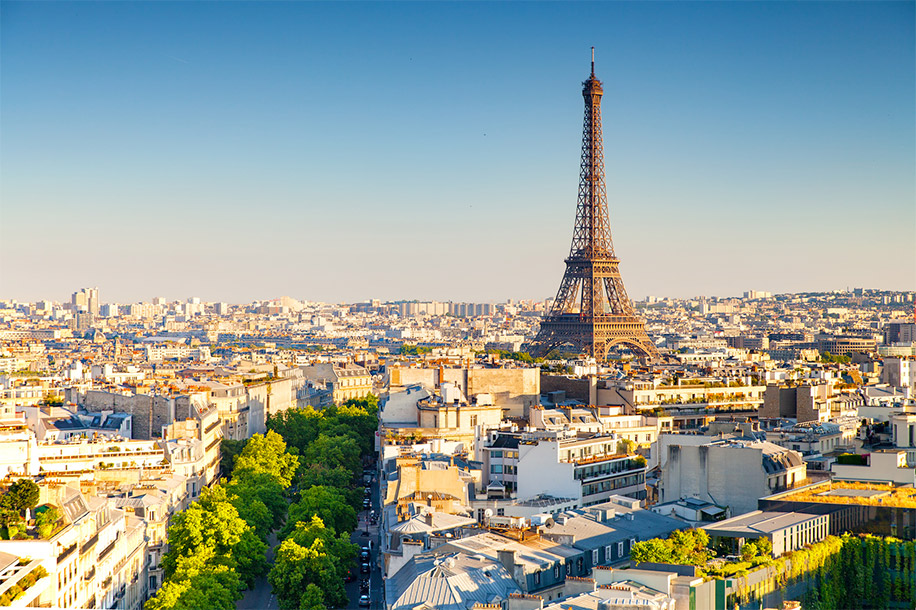 2. Rudyard Kipling’s Shimla Connection
For several years, as a young news reporter, Rudyard Kipling covered “the season” in Shimla. Memories of the author linger around this beautiful hill station. Shimla has expanded hugely since Kipling’s day, with its many modern buildings and contemporary attractions. His “crowded rabbit warren” of bazaars, which inspired some of the most magical passages in Kipling’s novel ‘Kim’ now cascade down the hillsides, with monkeys clattering over the corrugated iron roofs. Visit Shimla in spring for the beauty and romance of the cherry blossoms, and stay for the fantastic history and literary sights. 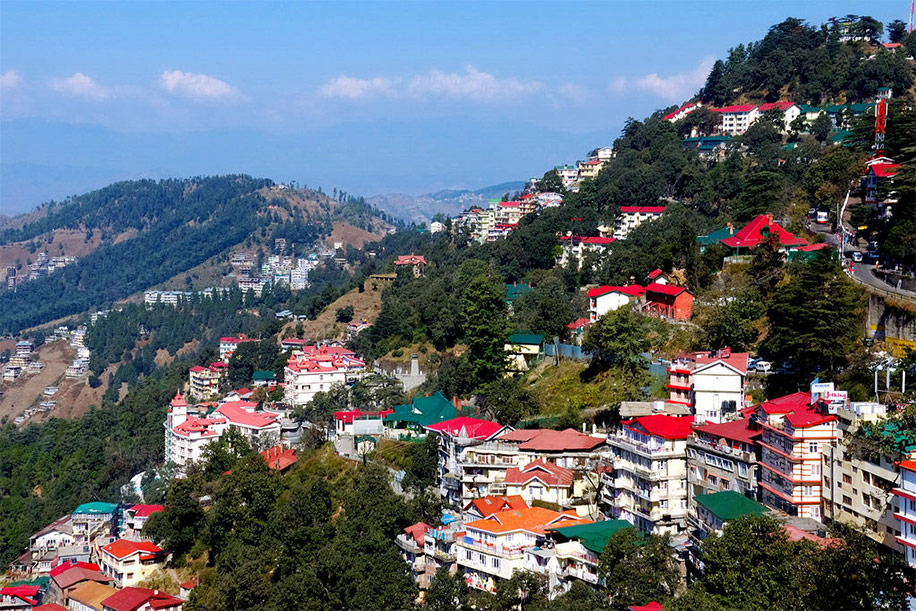 3. Mussoorie: The Magical Home of Ruskin Bond
Misty environs, a pristine view from the glass pane of a wood cabin, a mug of steaming coffee and company of the love of your life! When it is a new beginning with a loved one, nothing comes close to a dreamy honeymoon in Mussoorie. Apart from being one of the most popular hill stations in India, Mussoorie is also well-known as the residence of famed writer Ruskin Bond who lives in the rambling, quaint town of Landour. Mussoorie promises romantic experiences as you go about making memories in the ‘Queen of the Hills’ with the views of the majestic Himalayas in the background. 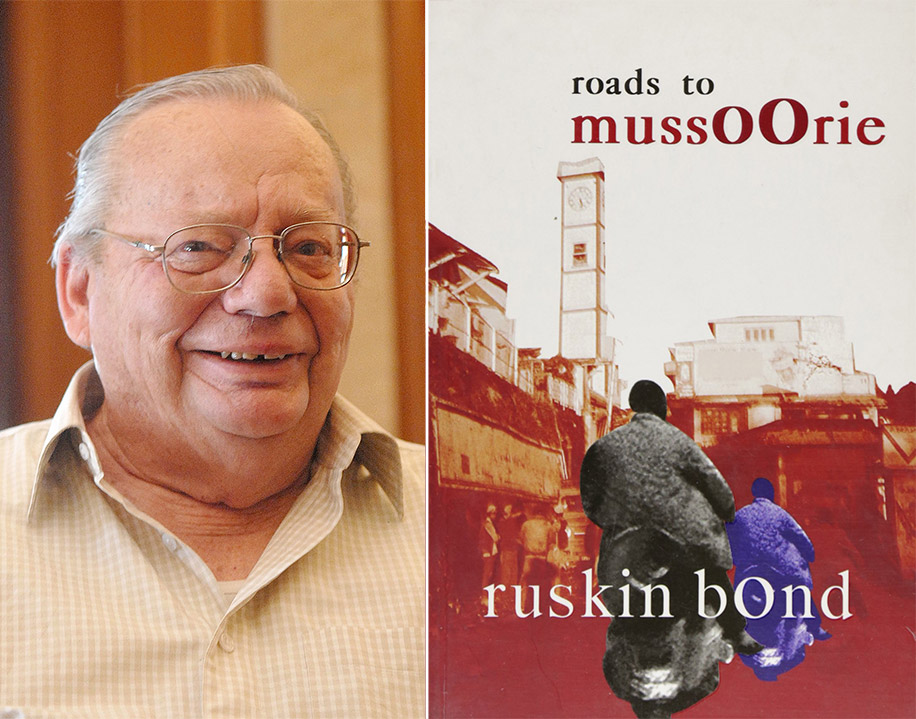 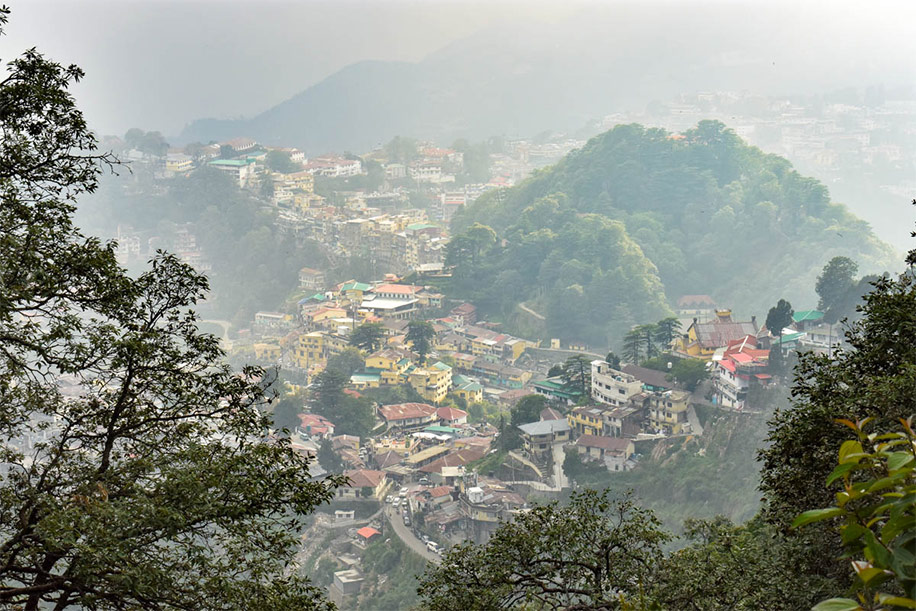 4. The London of Charles Dickens
Charles Dickens is intimately associated with London like no other author. The city features in all his novels usually as the main setting. Romantic, historical, and inspiring, London casts a spell with its modern, dazzling vibe and rich past, especially the number of literary stalwarts who lived and worked here. If you want to discover some of the timeless places in London that have survived the ravages of time and learn more about the life of one of England’s greatest novelists, a romantic trip here should be on your cards. 5. Rouen, France – The source of Julia Child’s inspiration
In ‘My Life in France,’ noted chef Julia Child describes the experience as “the most exciting meal of my life.’’ You can see Meryl Streep and Stanley Tucci, playing the Julia and her husband, savoring this lunch in the movie ‘Julie & Julia.’ It is the iconic La Couronne restaurant in Rouen that introduced the late Julia Child to French cuisine. If you love French cuisine and all things vintage and classic, this town with its old half-timbered black and white houses, a splendid Gothic cathedral, Fine Arts Museum is a must-visit on your romantic getaway. 6. John Steinbeck’s Monterey in California
Literary giant John Steinbeck told many stories as he turned the Salinas Valley in Monterey into the “valley of the world.” Steinbeck’s stories, which won him a Nobel Prize, are nearly all flavored with salt-of-the-earth characters who live and work in Monterey County. Travel farther down the coast and take in the breathtaking views of the Pacific Ocean before a stop in Salinas and the National Steinbeck Center. The dramatic contrast of the ocean and the redwood forest, the fertile valleys and the busy cities, are as interesting as any other characters in East of Eden, and the romantic time spent here won’t soon be forgotten. 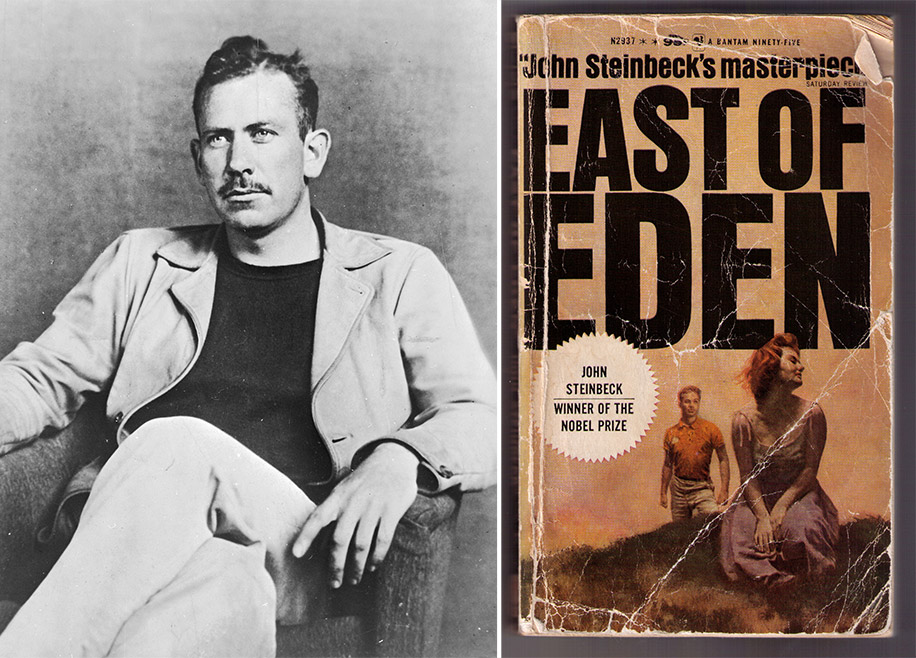 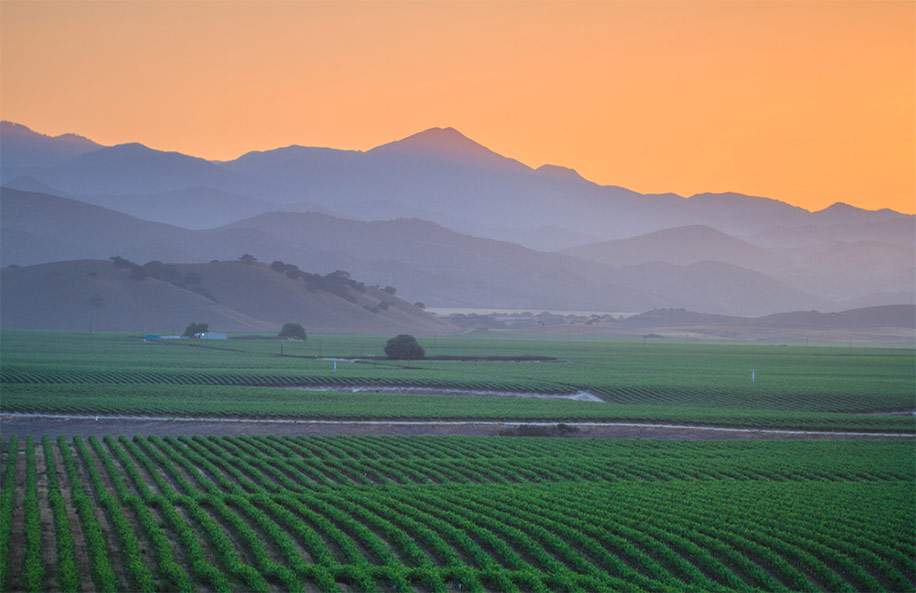 7. J.R.R Tolkien’s Switzerland
Travel to the enchanted world of the real inspirations for Middle Earth in Switzerland. Explore Rivendell and the Misty Mountains in their real form along the journey author J.R.R Tolkien once took which inspired his series ‘Lord of the Rings’ – one of the greatest works of all time. The stunning alpine scenery, mesmerizing waterfalls, the vast variety of wildlife and bird sanctuaries in Switzerland will captivate your senses and leave you in awe. 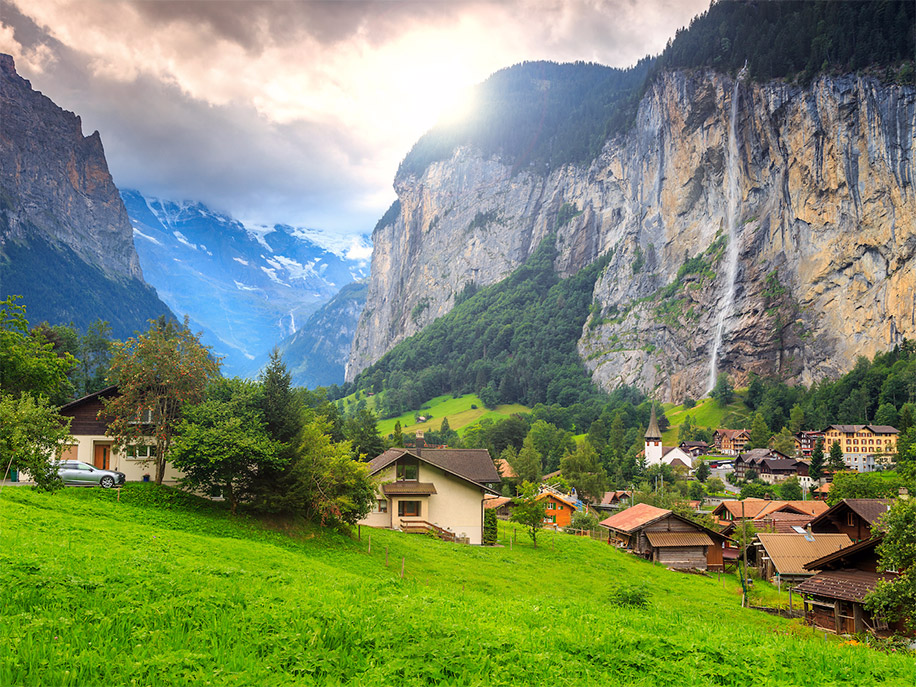 8. Thomas Hardy’s Dorset Inspiration
Roughly corresponding to the English county of Dorset in the southwest of the country, Thomas Hardy’s fictional Wessex is a magical landscape of rolling hills and old churchyards, of hay bales and country fairs, and seems to harbor more tragic love stories than a romance novel conference. Make for the seaside town of Bournemouth (Sandbourne in the novel ‘Tess of the D’Urbervilles’) as a start, then head west into Wessex proper — in the 122 years since the publication of Hardy’s greatest love story, much of Dorset remains unspoiled and breathtakingly beautiful. 9. John Green’s Amsterdam
Who said romance should be limited to adults? One of the most tear-jerking tragic novels of recent times, ‘The Fault in Our Stars,’ came from the pen of John Green, a massively popular Young Adult author. Amsterdam, a city of canals, bicycles and a host of sometimes more adult pleasures, neatly frames the burgeoning passion of Hazel and Augustus, and we can think of no more romantic place to share a dramatic embrace or the latest of many kisses. 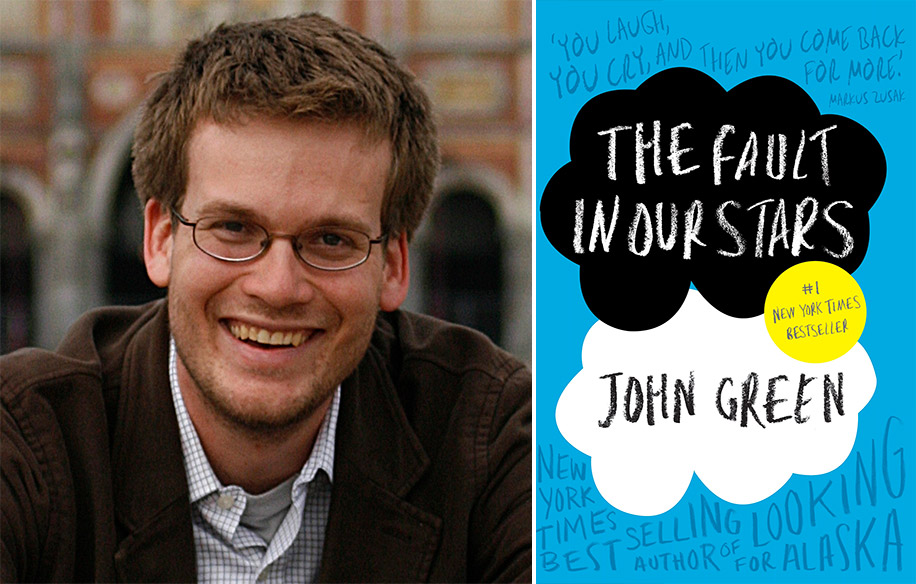 10. Haruki Murakami’s Japan
A step outside of Western culture may bring book lovers to Japan. The country is currently home to Kenzaburo Oe, Haruki Murakami, and Natsuo Kirino, among others, but these literary heavy hitters are just part of a long literary tradition. Plan your trip using this list of cities where famous Japanese stories are set, find a Tokyo jazz bar where you can whip out your favorite Murakami novel, and carry a tour book like ‘Lonely Planet Japan’ to ensure you hit all the major points of interest.