For the couples inspired by the show wanting to go beyond, there is a whole Game of Thrones world out there to explore.

If you are a fan of the hit HBO period-fantasy drama Game of Thrones (GOT), we bet you are wondering how you can experience the same dramatic vistas which they show in the brilliantly shot series. Each of the Seven Kingdoms in GOT has a unique landscape, and viewers travel from sunny Dorne to lush Riverfell and cold Casterly Rock through the seasons and episodes. If you want a honeymoon inspired by the GOT, just take your pick from our curated list of locations that feature breathtaking scenery akin to the Seven Kingdoms of this multi-awarded show. 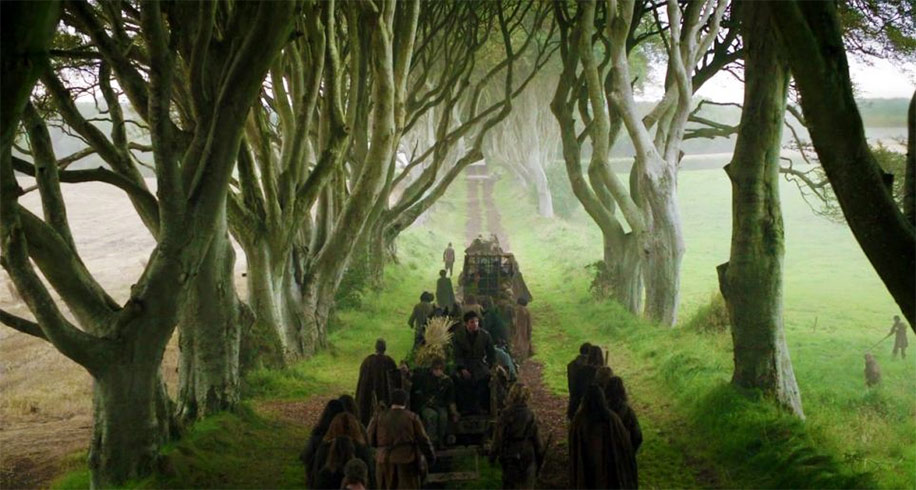 1. Iceland
Volcanic but frozen, Iceland truly is the Land of Ice and Fire, and plays host to arguably GOT’s most iconic landmark – Beyond the Wall, the land of the White Walkers. It has become a bonafide tourist attraction with people who want to see vistas from North of the Wall, which is the final frontier in GOT. Honeymooning couples will enjoy cuddling up in the chilly environs of Lake Mývatn which is remarkable for its glacial and natural beauty. The waterbird population is abundant, no matter whether you come in summer or winter. Apart from birdwatching, you can also visit the nearby Sigurgeir’s Bird Museum, several caves and hot natural spring baths. 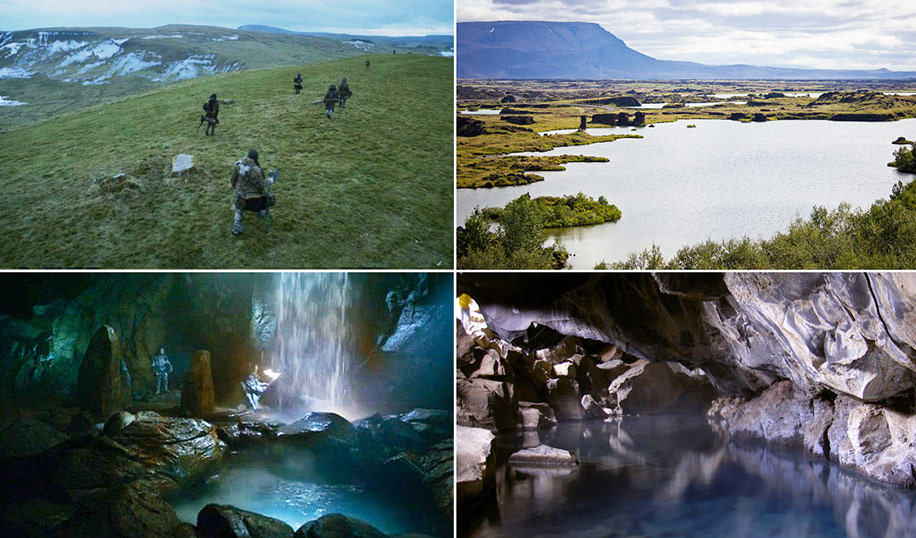 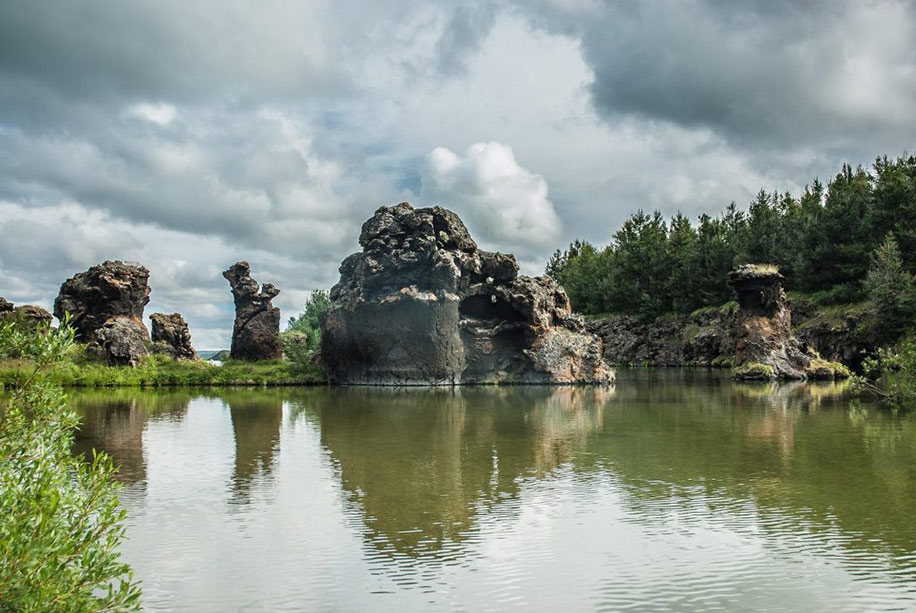 2. Croatia
The less well-known Croatian city of Sibenik, the site for the famous city of Braavos, has enjoyed a similar popularity amongst GOT fans. Lovrijenac Fortress in Croatia is one such tourist attraction and was of prime importance for the defence of the western part of Dubrovnik. In GOT, it was used for the Red Keep in King’s Landing. Pack comfortable walking shoes if you plan to climb 250 steps to the fortress, where you will rewarded by stunning views of red terracotta roofs and azure waters of the Adriatic Sea. If you want to see more Dubrovnik locations that appeared in GOT, then take a guided tour. You’ll get to know the fictional city of King’s Landing while exploring Dubrovnik’s UNESCO-listed Old Town.

3. Morocco
Morocco was used as the primary setting for many of Daenerys’ travels in Season Three of GOT. Ait Benhaddou is one of the most exotic and best preserved old cities in Morocco which you cannot afford to miss. It’s a great example of Moroccan earthen clay architecture and it comes as no surprise that Ait Benhaddou became the favourite filming location of many Hollywood directors. A stunning country, Morocco is worth a visit for the incredible souks, array of freshly baked bread at every corner, and to relive the best GOT moments.

4. Northern Ireland
With its rolling greens, rugged landscapes and historic structures, Ireland, especially Northern Ireland, proved to be the perfect destination for filming many parts of GOT. Although much of the live action takes place at the Titanic Studios in Belfast’s Titanic Quarter, there are numerous spots that were an integral part of GOT through all the seasons. These include the picturesque Dark Hedges County Antrim which was shown as ‘The Kings Road’. Couples can enjoy a studio tour, and if you’re lucky enough you can even spot the stars on set. 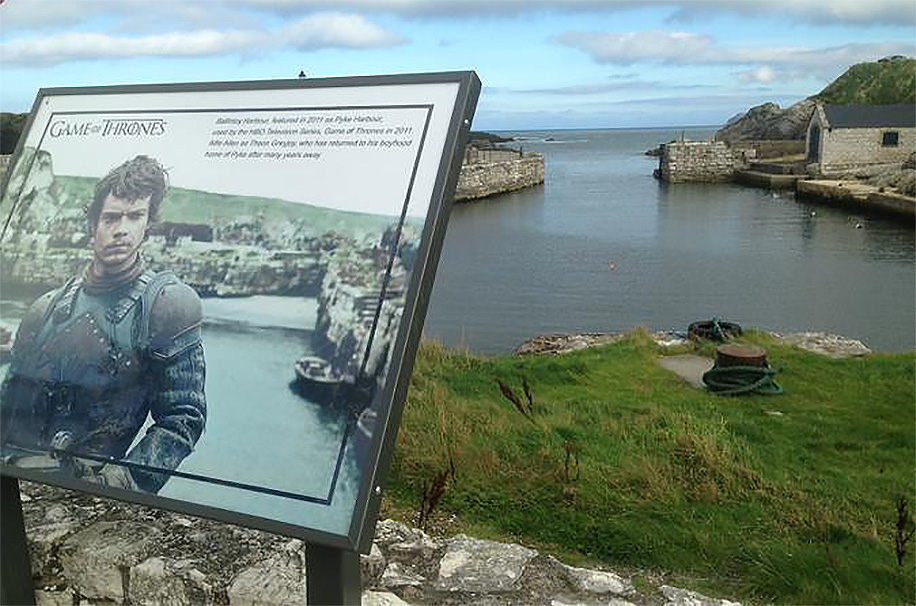 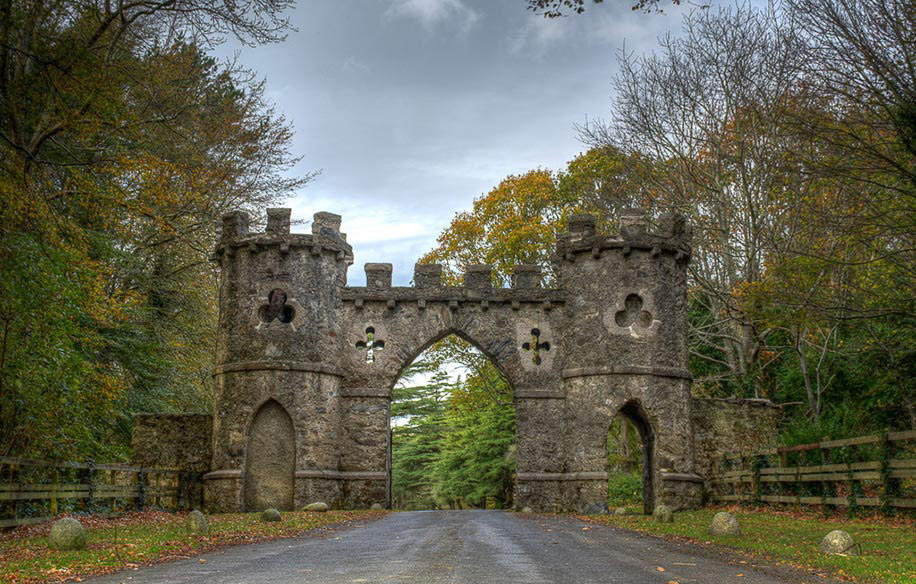 5. Malta
Heading south to warmer climes, we come to Malta, a pretty island country in the Mediterranean Sea. It’s landscape dominated the first season of GOT where it constituted much of King’s Landing. The country’s former capital Mdina was used to represent the central city of Westeros to great effect; the many well-preserved, historical buildings fit perfectly with the theme of exotic, medieval grandeur. Local structures on this charming Mediterranean island, such as the Mdina Bridge, Pjazza Mesquita, and Verdala Palace are all located close to one another, and are perfect for your romantic medieval themed getaway. 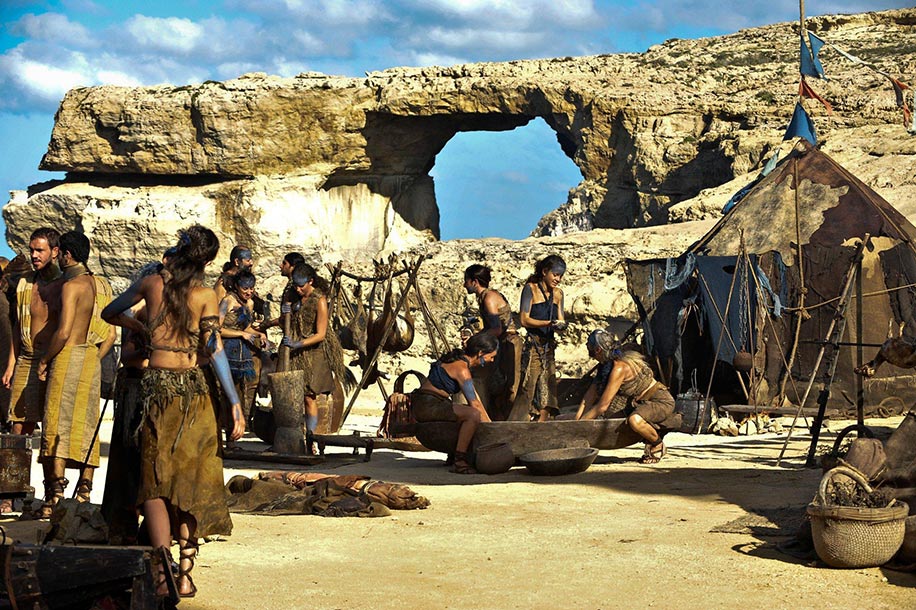 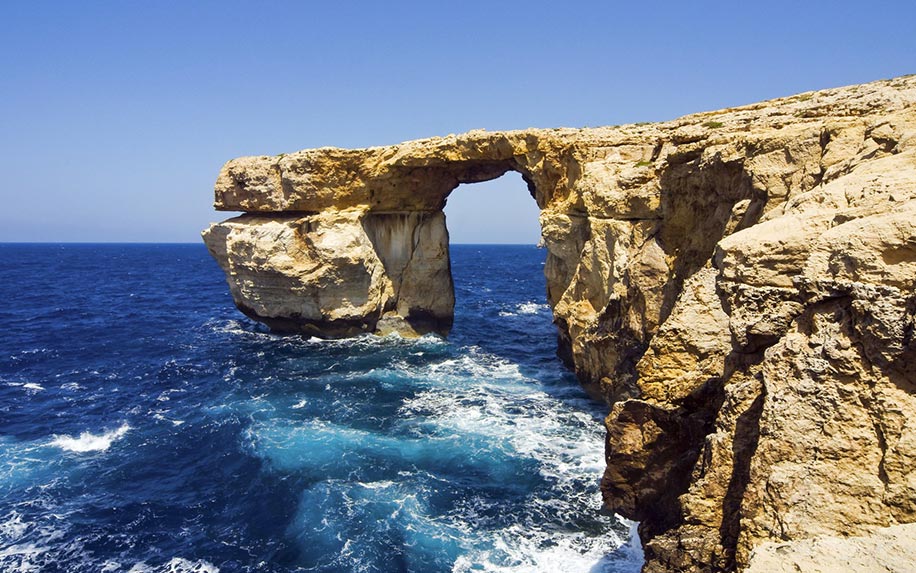 6. Greece
Meteora in Greece is unlike any place in the world. The complex consists of six Eastern Orthodox monasteries built on monolithic pillars. It’s a paradise for hikers and offers stunning views over the valley. In GOT, it was used as inspiration for the Eyrie castle in the sky. Meteora was digitally mastered into the series because of its protected environment. It’s not easy to get there, but you can book a day trip there by train from Athens. 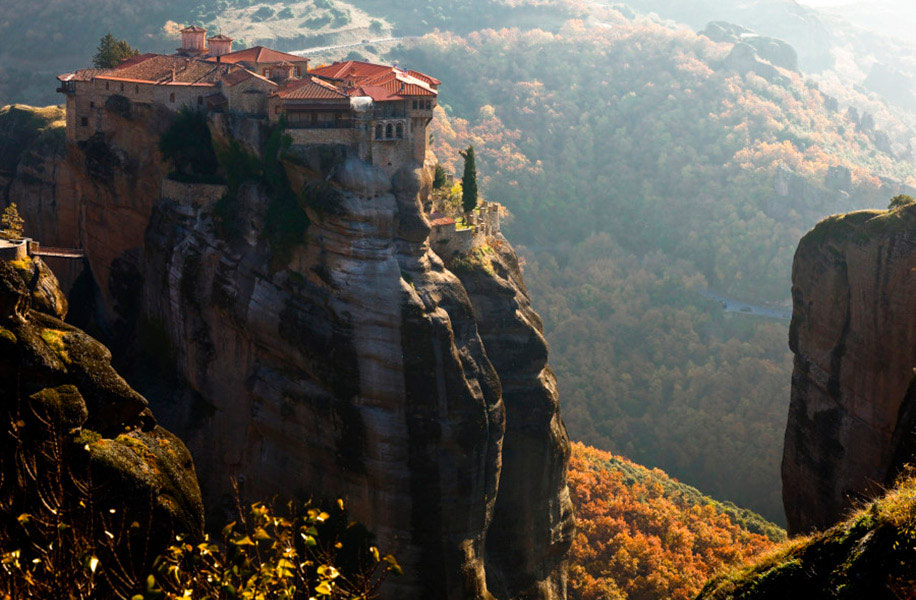 7. Spain
A great location to have your GOT-themed honeymoon would be Spain, home to Braavos, Dorne and the most dramatic scenes of series. The Alcazar in Seville is an attraction in itself with its beautiful grounds and palace. Bardenas Reales in Spain is another attraction to visit as it is one of the most beautiful GOT filming locations. A stunning desert-like landscape dotted with old rock formations, it will provide the best backdrop for your honeymoon selfies. 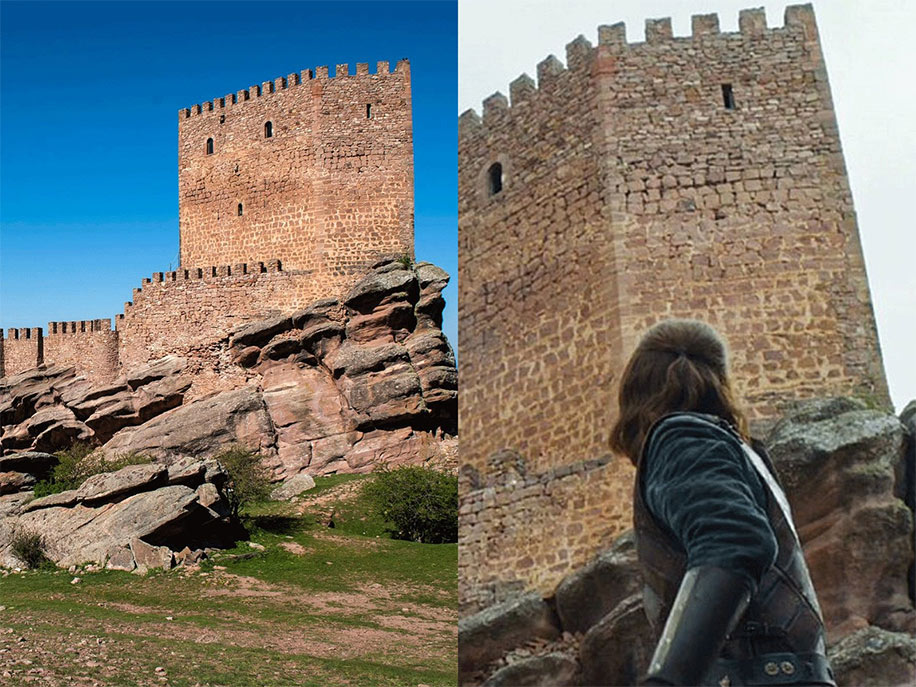 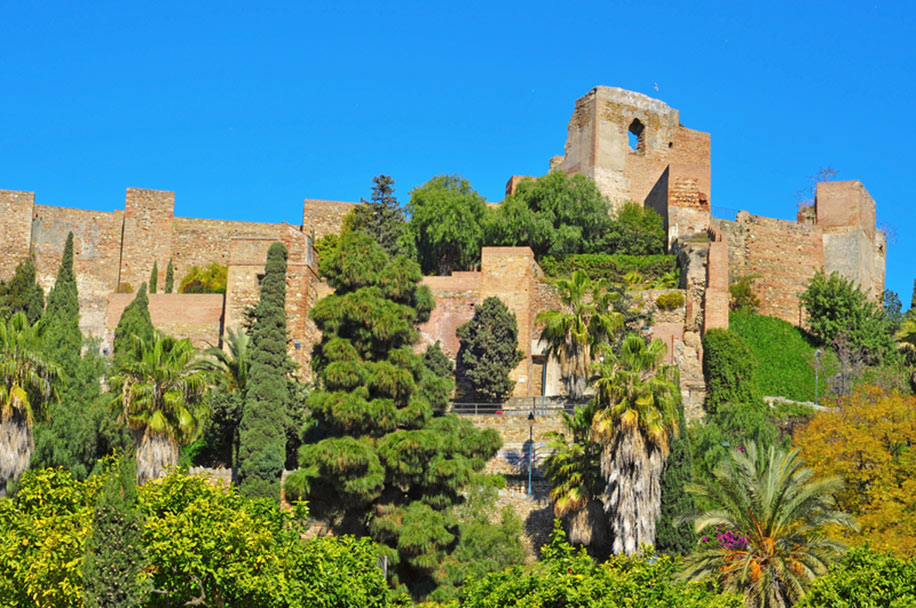