Here is a list of the best Sufi artists for a melodious musical night at your wedding.

In a country known for its rich and extraordinary music culture, we have been greatly blessed with a beautiful bouquet of some of the best Sufi singers the world has known.

Weddings and music go hand-in-hand. No wedding is complete without choreographed routines by extended family, friends and of course, the bride and groom. A DJ whose tunes one likes to shake their hips to, or some beautiful lilting performances by singers or musicians of Indian classical and western music.

When it comes to Sufi music, there’s usually a unanimous choice irrespective of any religion. It has a deep cultural tie with Desi weddings. Over the years, this soulful and soothing genre has been the highlight of many weddings. One often finds so many hummable songs mesmerizingly sung by famous Sufi artists that so very often flow out of popular Bollywood movies that have been such a rage.

While some people choose to go with a more western approach and prefer club music these days, there are some of us Sufi lovers who would any day do a ‘baithak’ which will have everyone enthralled with some soulful melodies on a special day.

If you are a Sufiyana person like us, then take a look at our list of outstanding Sufi singers and bands that you can book for your wedding or sangeet. The performers below will have your guests in an unforgettable trance.

Rahat Fateh Ali Khan
Pakistani classical and Sufi singer Rahat Fateh Ali Khan who succeeded his uncle, the late legendary Ustad Nusrat Fateh Ali Khan in the Sufi and Qawwali genre, has been a musical legend for the past two decades. Being trained at a young age by his famous uncle, he has paved his way to perfection over time. He is known for his captivating performances at celebrity weddings and sangeets. He was notably the sangeet singer at Arjun Kapoor’s cousin Akshay Marwah’s wedding in Abu Dhabi. If you plan on having this maestro at your wedding, then you better start booking early! 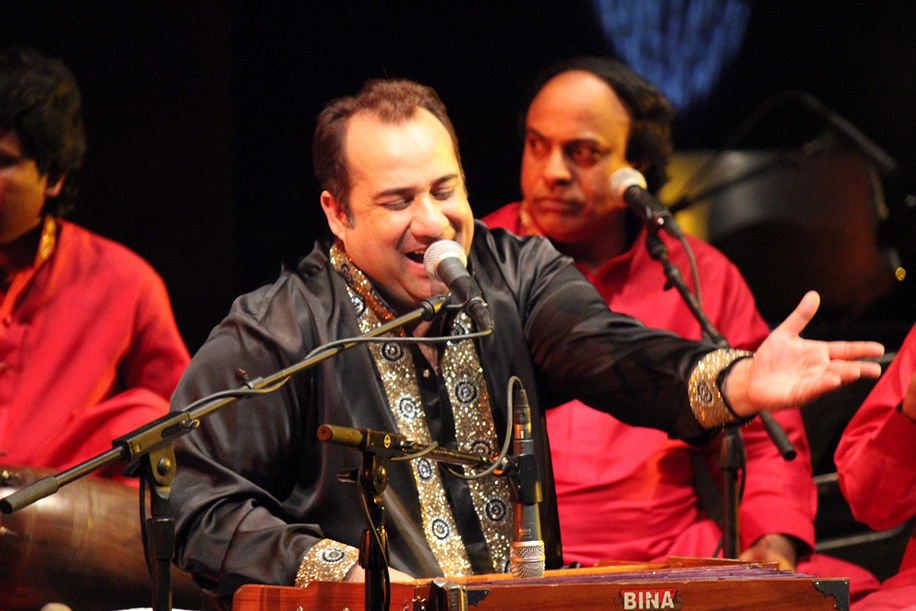 Mame Khan
This Rajasthani folk artist’s mystical voice will send you on a transcending journey. His style mixes Sufi and Rajasthani Folk, evolving into something unique and magical. He offers the authenticity of Rajasthani Folk and a soulful vibe of traditional Sufi music. Mame Khan was spotted by a Bollywood composer while performing with his group at singer Ila Arun’s daughter’s wedding. He was soon introduced to Shankar Mahadevan and his Bollywood journey began. He was also one of the most celebrated performers at Isha Ambani and Anand Piramal’s wedding. 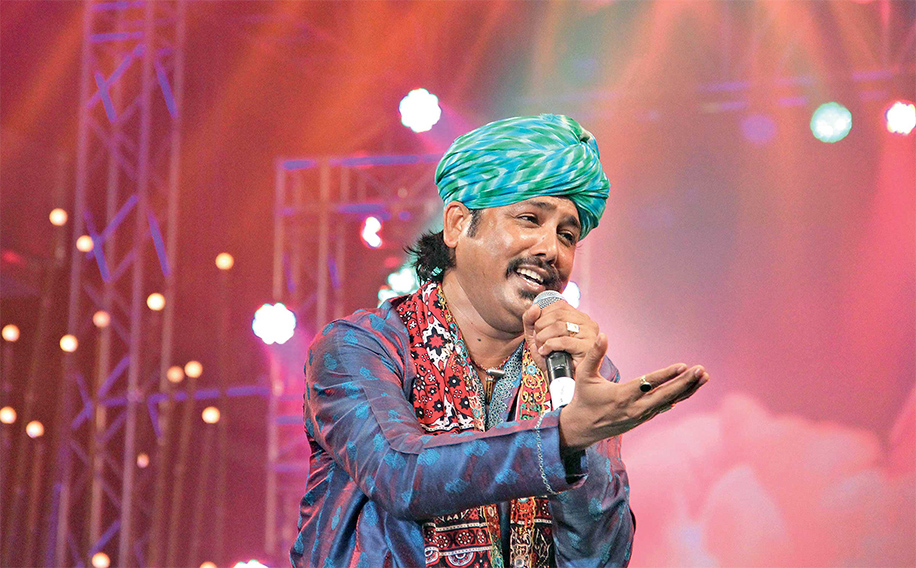 Adil Hussaini
WeddingSutra Favorite – Talent Management Company’s performer Adil Hussaini is an exceptionally talented Sufi singer. His voice reminds us of the subcontinent’s greatest Sufi singer to have ever existed – Ustad Nusrat Fateh Ali Khan. Hussaini has also had the privilege to train under him. If you plan on adding a Sufi night on your wedding event’s list, Adil Hussaini is the one you should go with! 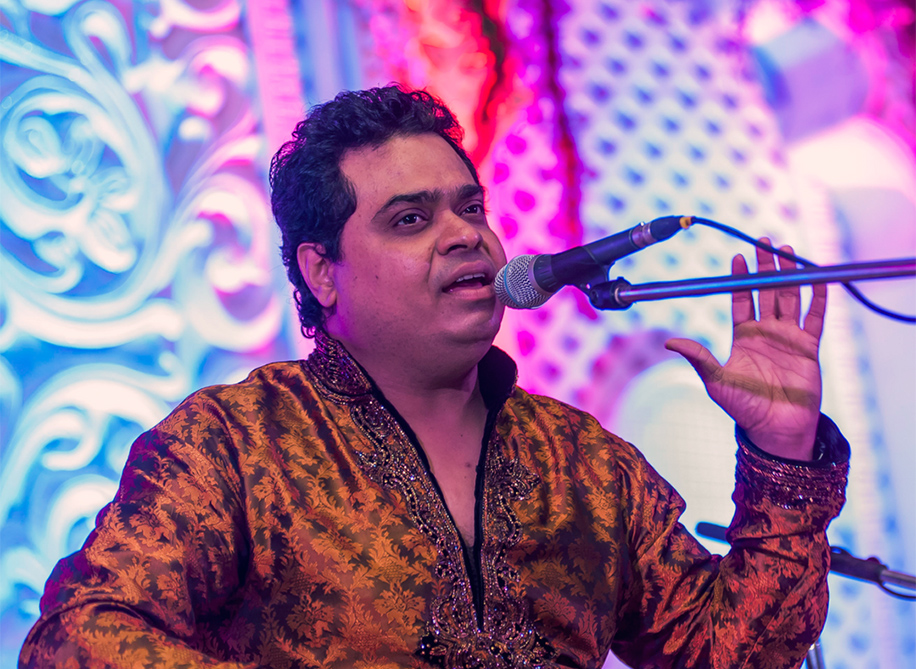 Javed Ali
At the young age of eight, Javed Ali got the opportunity to become a discipline of the famous Ghazal singer Ghulam Ali and perform live with him. He rose to fame in the mainstream for his famous Bollywood song ‘Jashn-e-Bahara’ from Jodha Akbar and his feature alongside A.R Rahman in the hit Sufi number ‘Kun Faya Kun’ from Rockstar. Javed Ali has also worked with WeddingSutra Favorite – Cineyug Celebrations for the Umang Mumbai Police show. He was one of the performers at the star studded wedding reception of Isha Ambani and Anand Piramal. 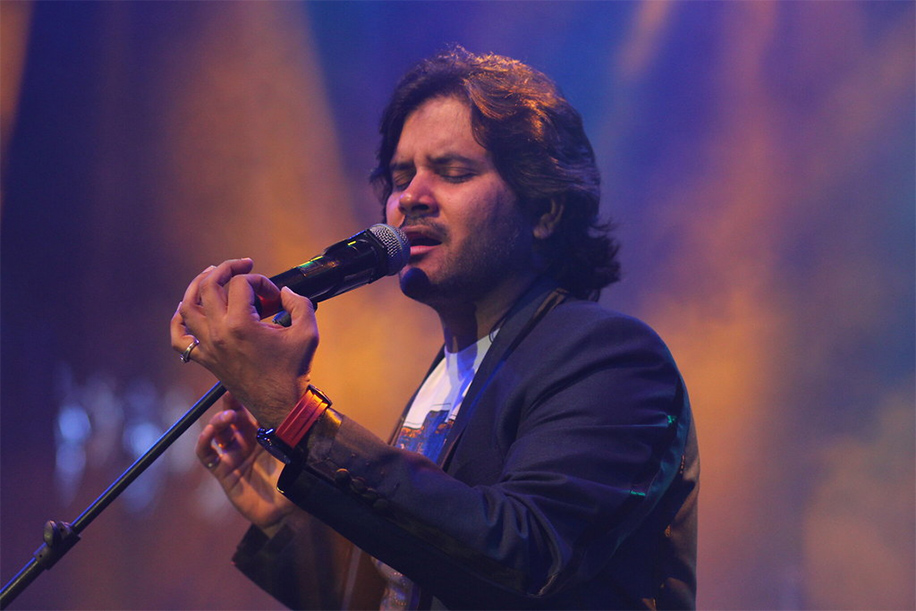 Harshdeep Kaur
This young and talented Hindi and Punjabi singer’s voice is so soulful and heartfelt that she is famously known as ‘Sufi ki Sultana’. She was also the only Bollywood singer to perform at Deepika and Ranveer’s wedding in Italy. If you want a Sufi singer to bless your wedding with a deep and soothing music, Harshdeep Kaur is the right one for you! 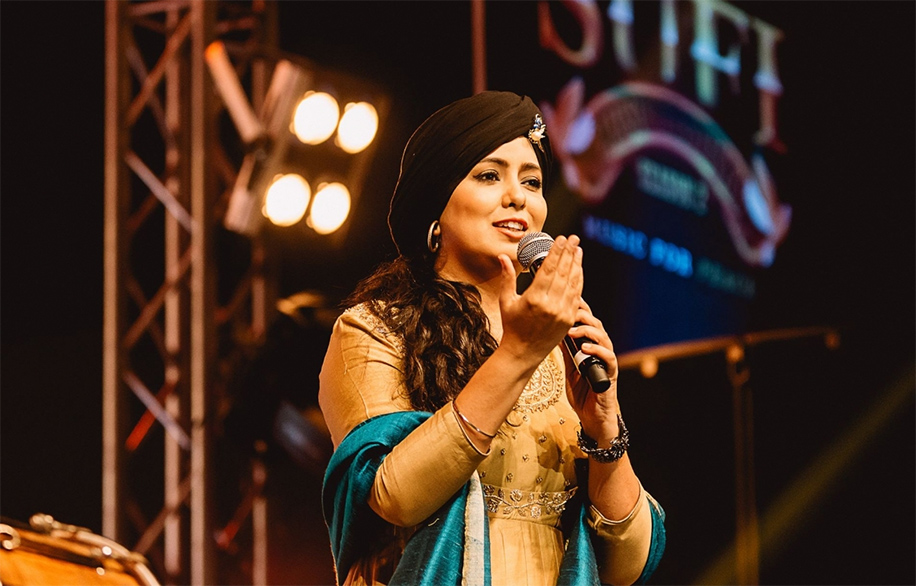 Nizami Bandhu
Nizami Bandhu are a Qawwali and Sufi trio. Ustad Chand Nizami and his nephews Shadab Faridi and Sohrab Faridi are famously known for appearing in the music video of ‘Kun Faya Kun’, in the Ranbir Kapoor starrer, Rockstar. They perform soulful Qawwali music at international events and weddings leaving the audiences wanting more! 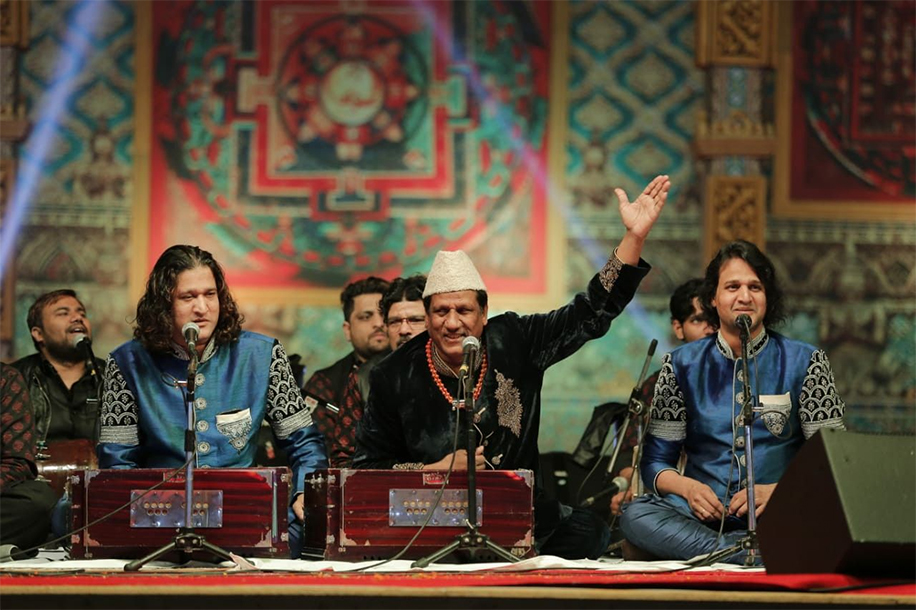 Bhavin Shastri
This Sufi vocalist is known to sing from his heart and soul. Bhavin Shastri believes that music is the only truth and love, peace and unity can be attained through Sufism. He was honored with the title of “Shahenshah-e-Sufism ” (the king of Sufi songs) in Gujarat for his dedication towards the genre. Shastri is known to perform at Indian as well as international weddings. He notably performed mesmerising Sufi melodies for guests with his surreal voice at a beautiful Bahrain wedding. 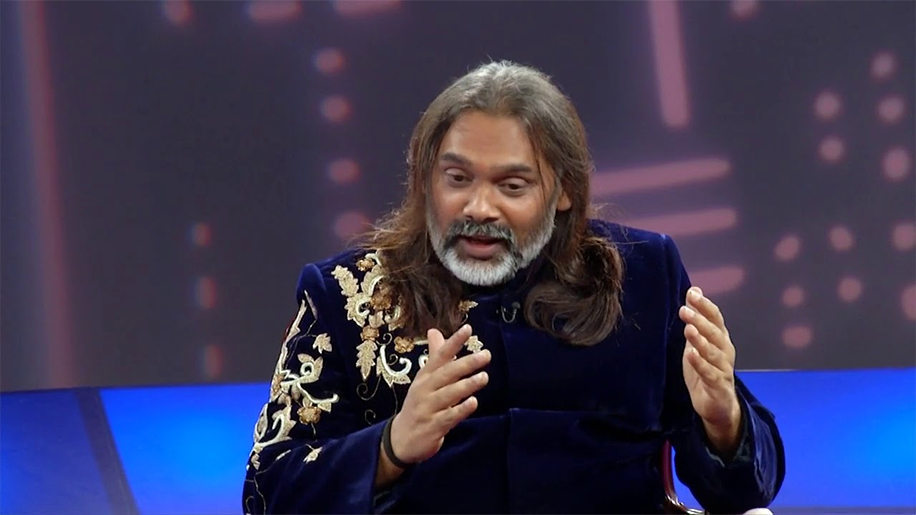 HumSufi
With their unique sound of Sufi fusion, HumSufi performs in a soulful yet energetic way. They combine authentic sufi music with groovy tunes resulting in the formation of a new age Sufi experience. They are open to perform at Indian as well as international wedding events and can make an exceptional choice as your entertainers for the night!

Nooran Sisters
The sister duo Jyoti and Sultana Noor from Jalandhar perform the Sham Chaurasia gharana classical genre. They were trained from early childhood by their father, renowned Ustad Gulshan Mir. They gained popularity after their hit Bollywood song ‘Patakha Guddi’ from the movie ‘Highway’. Their raspy voice is mesmerizing and perfectly suited for nuptial ceremonies. 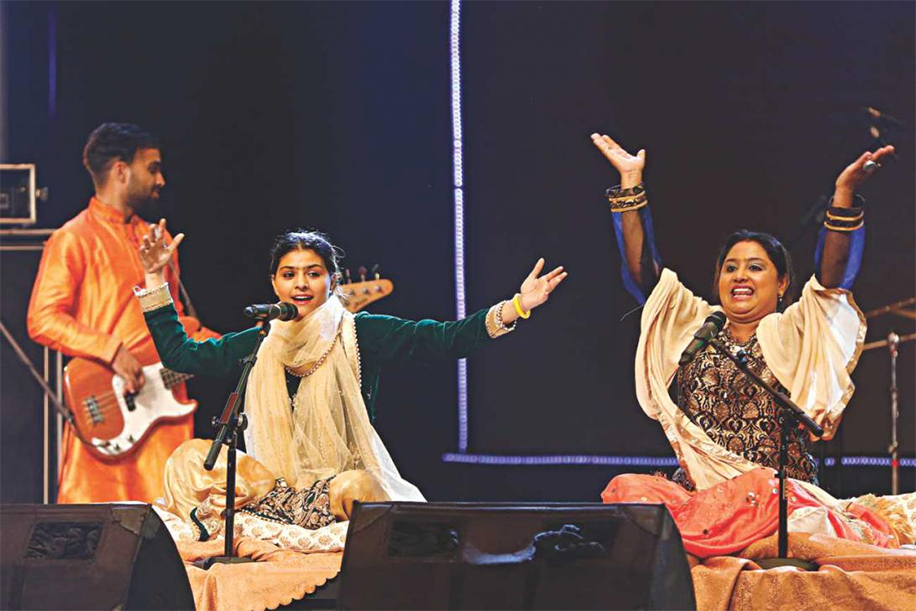 Sabri Brothers
Having a number of mainstream Bollywood hit songs like ‘Pee Loon’, ‘Tumse Milke Dil Ka’, ‘Malang’ and much more, the Sabri Brothers have proved to be one of the finest Qawwali and Sufi maestros in the country. If you want your wedding or sangeet night to be filled with energetic Bollywood Qawwali, then Sabri Brothers are the right choice for you. 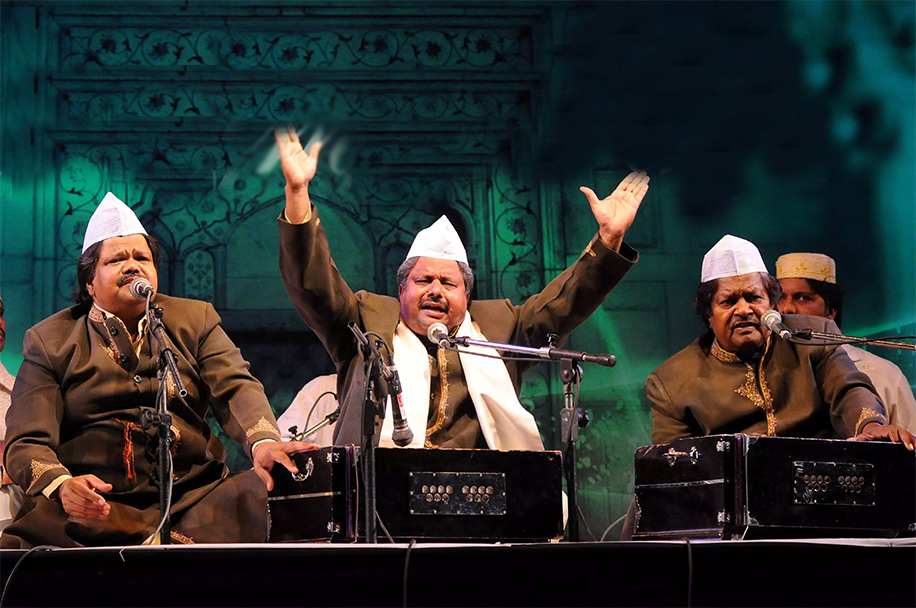 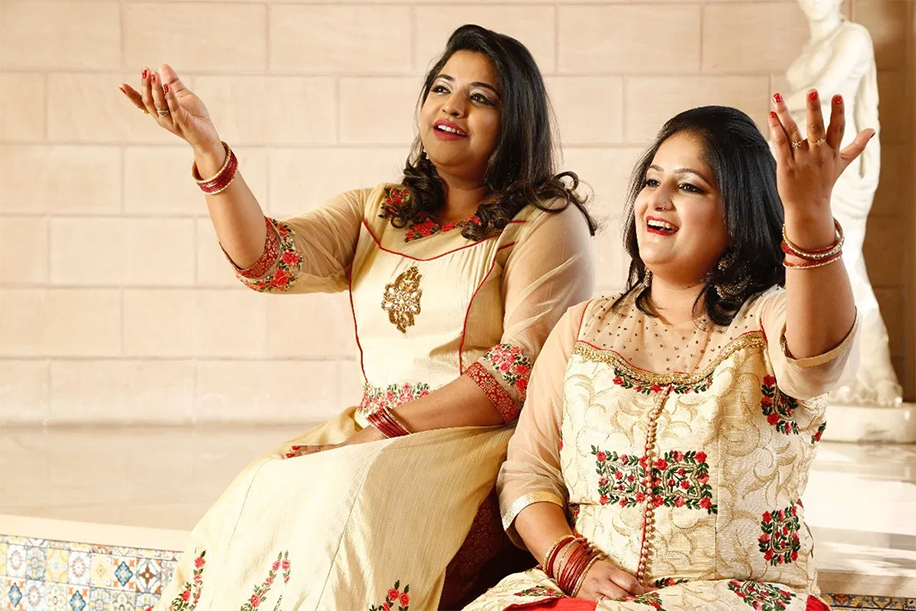 Falcon Group by Gazi Khan Barna
This Rajasthani folk and Sufi fusion group is headed by the singer Gazi Khan Barna. The band is famous for performing all over the world. Their music has the ability to transcend you to the magical deserts of Rajasthan. 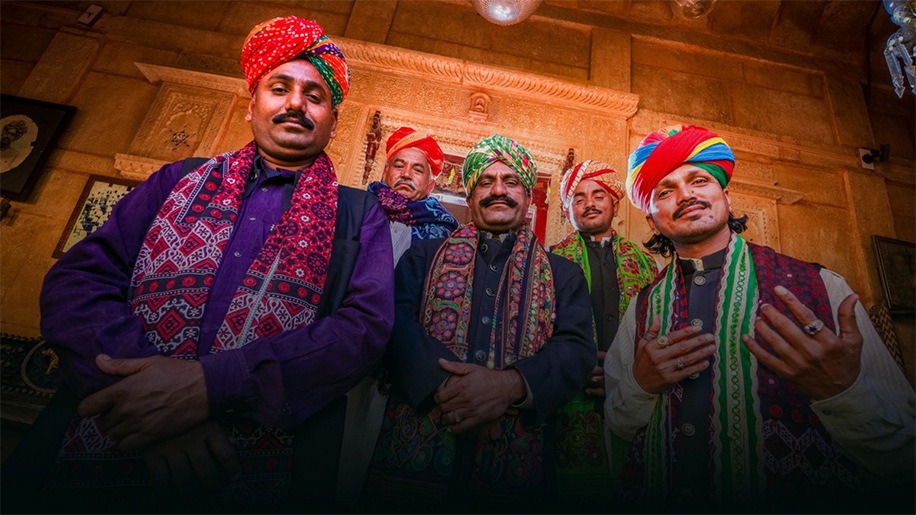 Daksh Band
This highly energetic Sufi Rock fusion band has been performing live since 2007. If you want your wedding to be memorable and high-spirited at all times, Daksh is the right band for you. 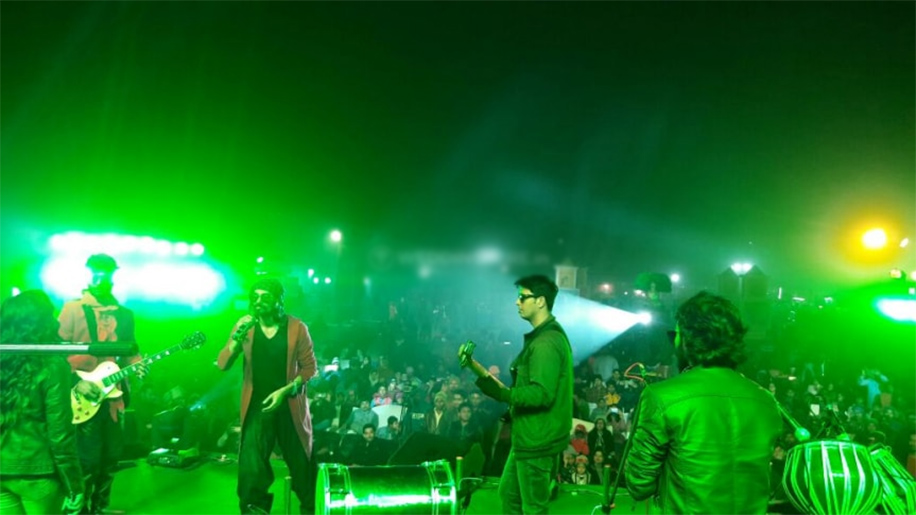 Jazba
This Sufi fusion band stands out for its versatility. They can perform Sufi, Pop-Rock, Folk, and Semi-Classical Fusion. Jazba has also performed alongside famous singers like Shaan and Vasundhara Daas. If you are looking for an energy filled fusion night on your sangeet or wedding, Jazba is the band for you. 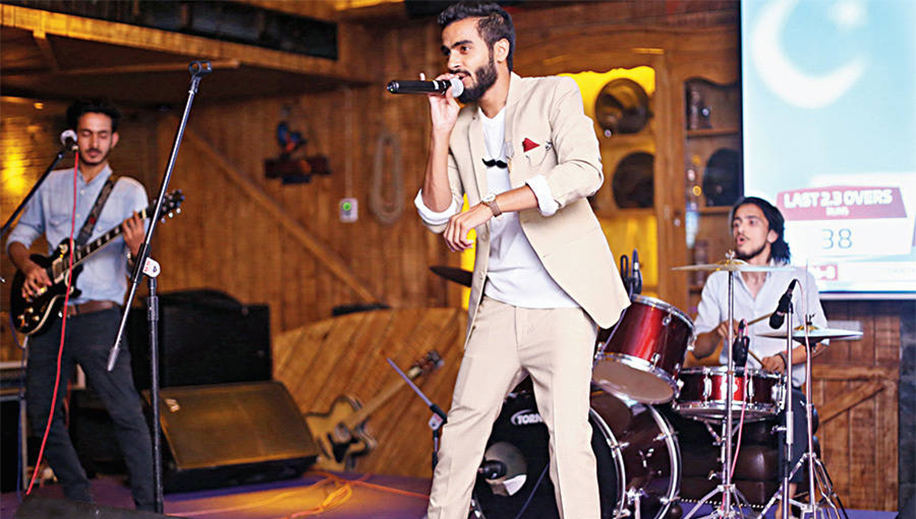 Goonj
This talented Sufi Rock band has performed for media giants like Zee Media and MTV Coke Studio. Goonj’s live performances are vibrant and passionate. They make fusion music, and their genre flows way beyond just Sufi. They can make your wedding or sangeet night unforgettable! 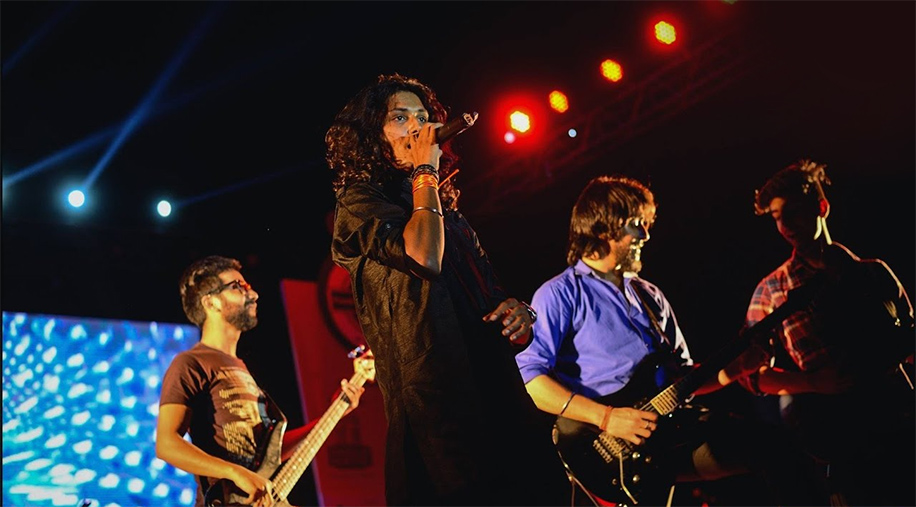 Nasha
This Delhi-based Sufi Rock band ensures that they leave the audience spellbound with their unique fusion of Sufi and Bollywood tunes. The lead vocalist of this band is Akhil Sachdeva who rose to fame by featuring in tracks like ‘Humsafar’ and ‘Tera Ban Jaunga’. The band has the perfect aura to perform at your high energy sangeet or wedding night! 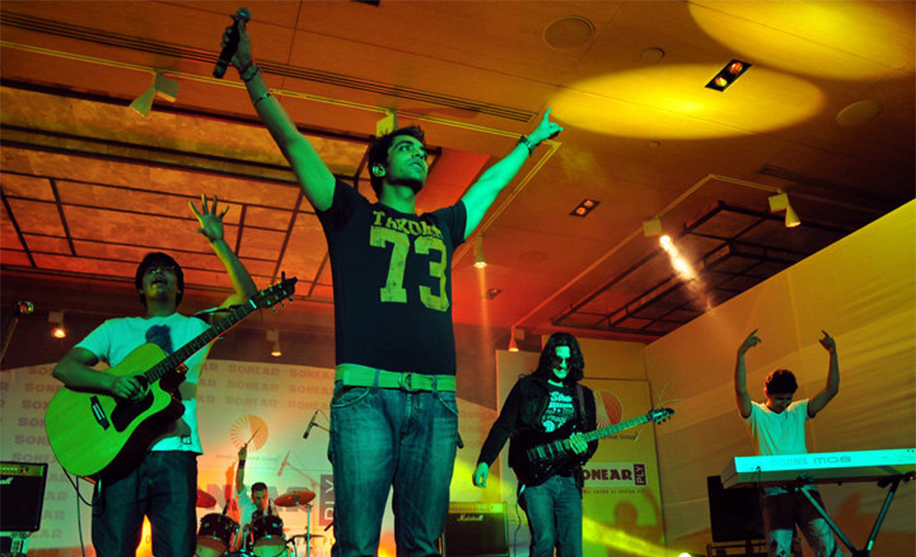 Innayat
Innayat is a Sufi, Rock fusion band. Their soul-stirring live performance will leave your wedding guests entertained and enchanted all night long!

Sukoon Sufi Band
Sukoon was formed about two decades ago. This majestic Sufi band offers a soulful sound true to their name, delivering a soothing environment for your special day. They also offer genres of music that are personalized for your wedding.

Warsi Brothers
Brothers Nazeer and Naseer Ahmed Khan Warsi hail from a family of musical legends. Their ancestors were singers in the Mughal Darbar. So, music is literally in their blood. These Hyderabadi brothers are a class apart in the genre and deliver impeccable performances all over the world. 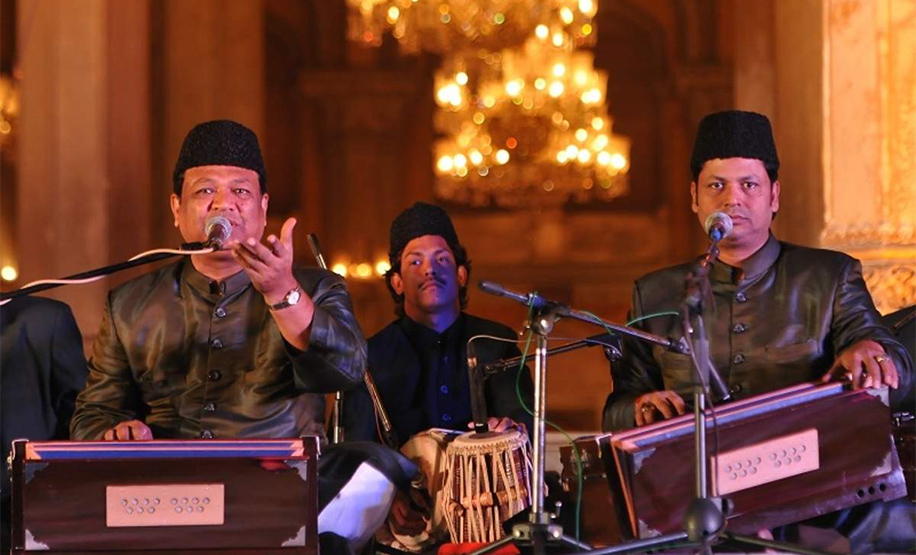 Faridkot
This energetic Delhi-based band amalgamates Hindi and Punjabi Sufi music with Pop, Rock and the Blues. They were finalists of the 2009 Channel [V] Launchpad and since then have performed non-stop while gaining huge audiences for their electrifying performances. 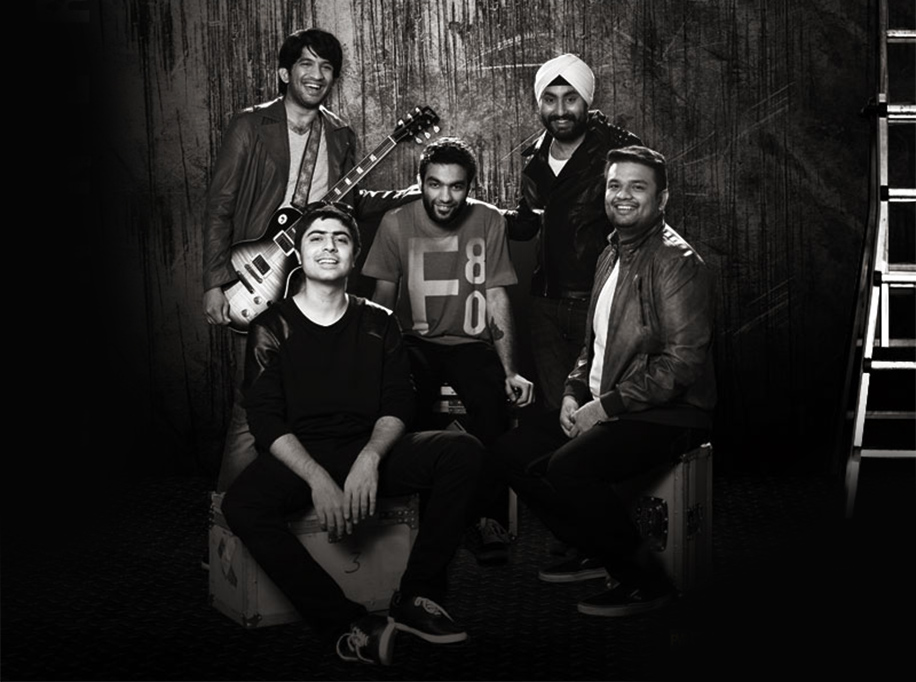 Kailasa
This Sufi Rock fusion band was founded by none other than Kailash Kher himself. With their evergreen hit song ‘Teri Deewani’, they paved their way into our hearts. Kailasa’s voice is distinctly spellbinding and his riveting music is a blend of Indian Folk, Sufi and Western music. Their music is so entertaining and enlightening that it will have the audiences captivated for days to come in the wake of their performances. Last year, the band performed alongside Bollywood stars at one of the most lavish weddings in the country – the Gupta wedding in Auli. 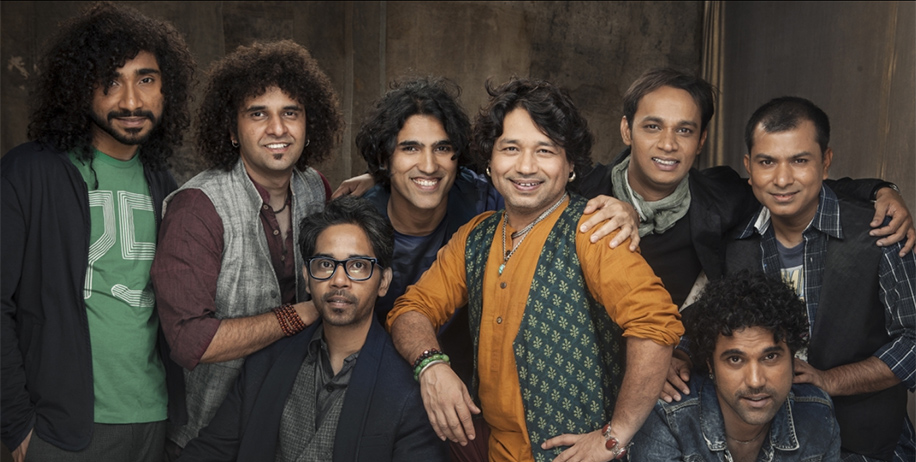