Anushree and Dhruv, both based in Indore, got married in one of the most luxurious and sort after Raj Palace - Jaipur's first mansions built in 1727.

Anushree and Dhruv from Indore got married at Raj Palace, one of Jaipur’s first mansions, built in 1727 and now restored as the Best Luxury Hotel in India. Dhruv, an engineering graduate from Carnegie Mellon runs an Indore based Real Estate development company. The wedding was a lavish three-day affair and all the guests stayed at the ‘Jewel Box’ (Raj Palace is referred to as the Jewel Box because the moment you enter, you see just pieces of art everywhere). When they entered they were given a Royal Welcome, as per the traditions of the Palace- a procession escorted them to the main hotel entrance, where the entire area was decorated with special Rangoli on the floor, colorful flowers and a Red Carpet. Century old drums and the Bakia (grand trumpet) announced their grand arrival. 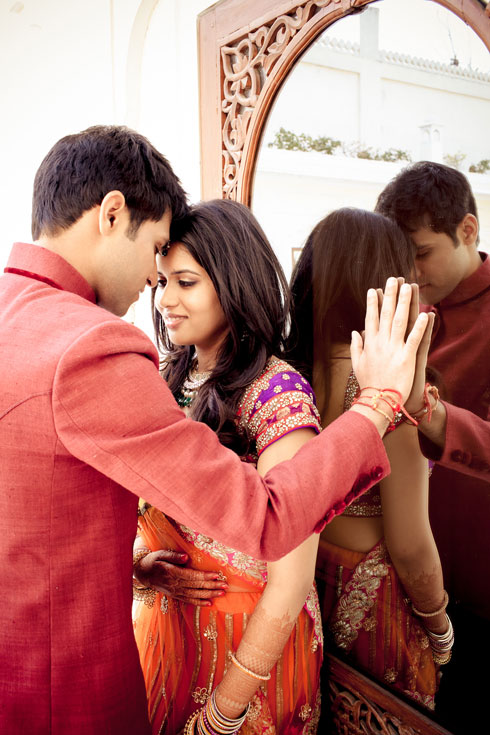 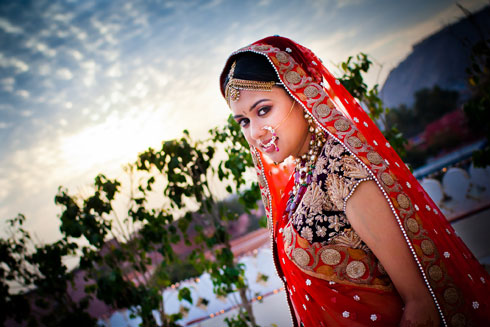 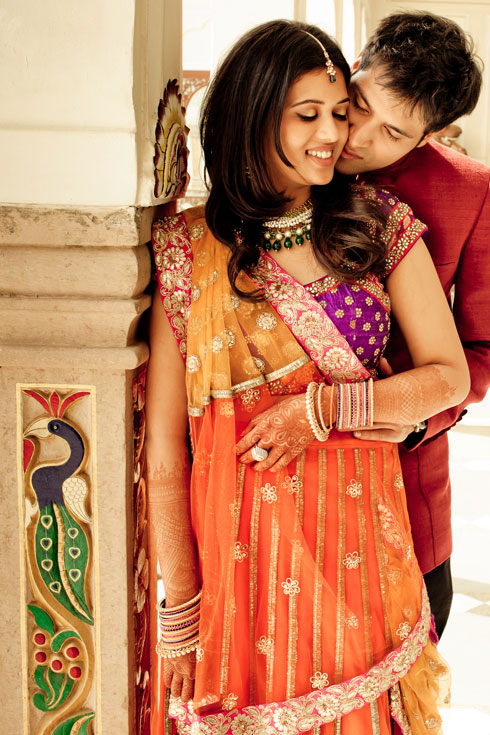 The festivities commenced with a cosy Mehndi function at the front lawns of Raj Palace. The decor was predominantly yellow and orange. The Engagement and the Sangeet were held in the evening at The Heritage Retreat. The decor was in blue and maroon with a kitschy theme. 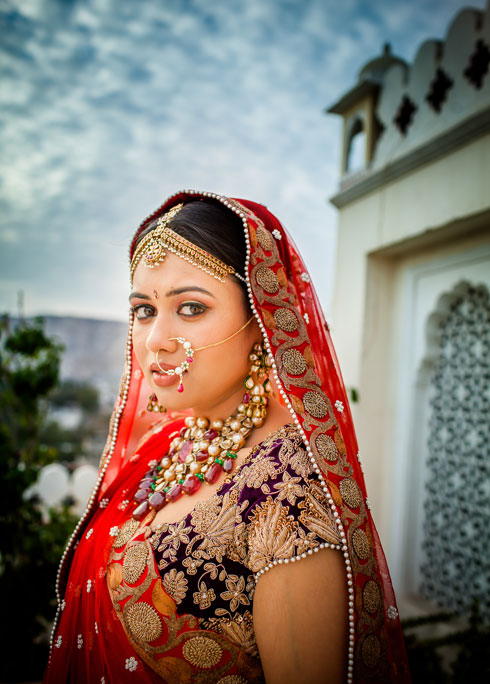 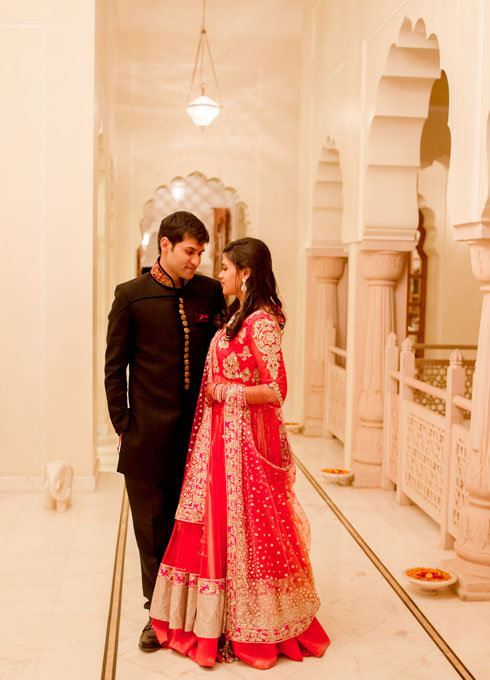 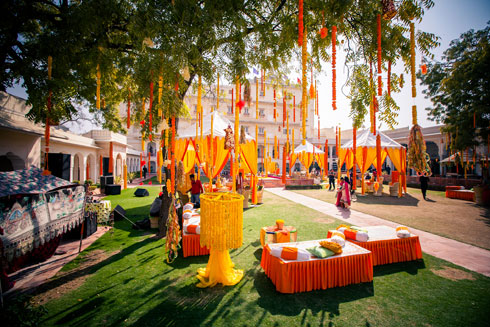 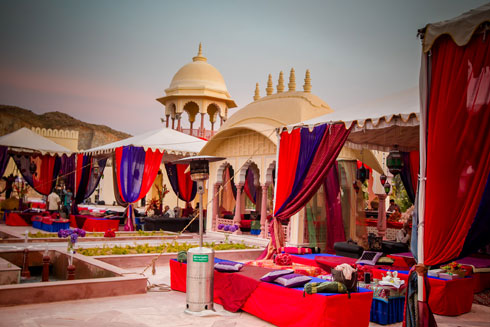 The wedding day saw a Bhaat ceremony in the morning. The theme for the evening wedding was ‘royal golden’ for which Anushree wore a creation by Anamika Khanna, and Dhruv a sherwani by Tarun Tahiliani. After that was the grand reception. The whole atmosphere was a dream setting. 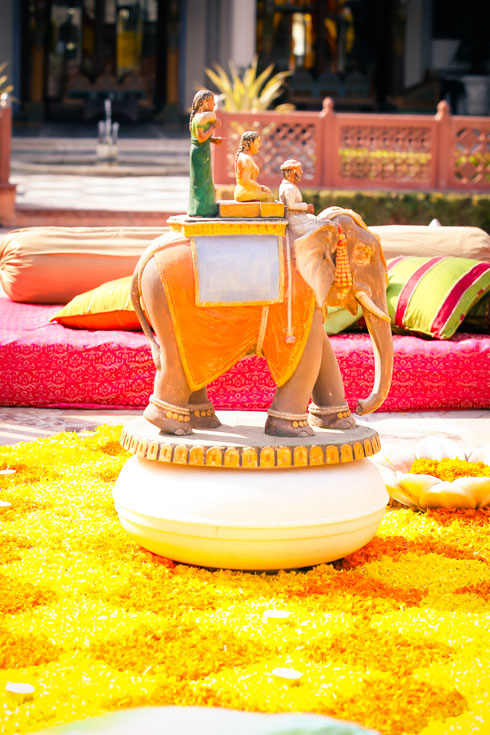