Asma and Kitam knew each other for over ten years, "but one special day, three years ago we got talking, and soon love blossomed, as if it was meant to be," says Asma. Here, she tells us more about their Destination Wedding in Alibaug.

Asma, an HR Professional and Kitam, a Chartered Accountant both from Mumbai knew each other for over ten years thanks to common friends. “But whenever we met it was for a brief bit and we exchanged pleasantries only. But on one special day, three years ago we got talking- and we couldn’t stop talking, and love blossomed, as if it was meant to be.” Asma tells us more about their Destination Wedding in Alibaug.

Asma says, “All of us especially my mother-in-law were very keen on having a destination wedding. We wanted all the guests to be in one place, and not be constrained by local commute. And we were very clear we didn’t want our family and friends to travel too far from Mumbai. So we started our search by visiting properties not too far from Mumbai, we looked at about seven to eight different properties but when we visited Radisson Blu in Alibaug, we were convinced this was it. The ambiance, the vibe and the space, we loved everything about it.” 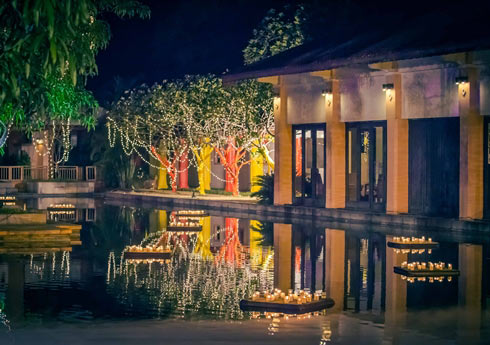 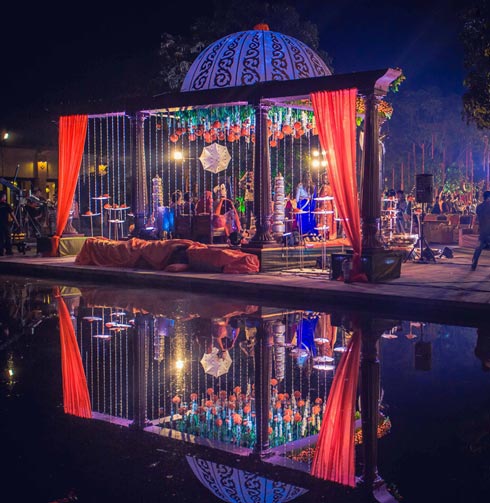 The families booked a catamaran to ferry the guests from Gateway of India to the Alibaug jetty on a sunny December afternoon. Says Asma:”The catamaran was decorated with flowers. We arranged for a guitarist on board so all the guests arrived singing and dancing.” The festivities kick-started with the Mehndi (the theme was ‘Colors of Punjab’). Asma says, “Lots of colorful dupattas were used by Dreamz Kraft, the decorators to create the canopy that brightened the entire atmosphere. The other decor elements included bangles, crystals and gottas. Big posters of men and women doing bhangra were used in the backdrop. There was a huge cut-out of a truck that could be used as a prop for the pictures. There were dholwallas, games for children, and a parrot reader.” Asma wore an asymmetric lehenga with a corset and Kitam opted for a Punjabi style kurta-salwar teamed with a Nehru jacket. 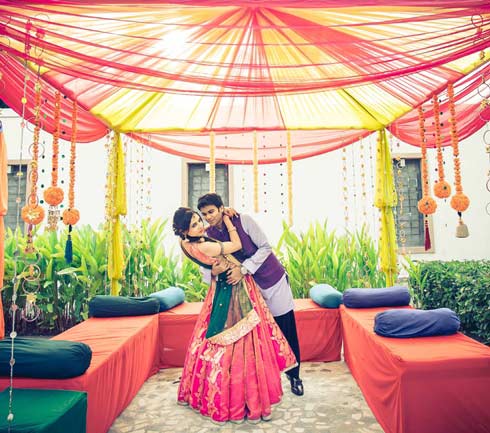 Asma says, “This celebration was very Bollywood inspired. There were huge posters of movies, Bollywood mats on the tables, Bollywood cushions on the sofas, a red carpet, and a big stage resembling an awards night. Kitam and I arrived on a rickshaw, which he rode. We were welcomed with fireworks and the evening started with fun performances by family members. But the night didn’t end here. While most of the elders retired to their rooms, the youth brigade got together and danced till the wee hours of the morning at the Neon-themed Youngsters Party.” 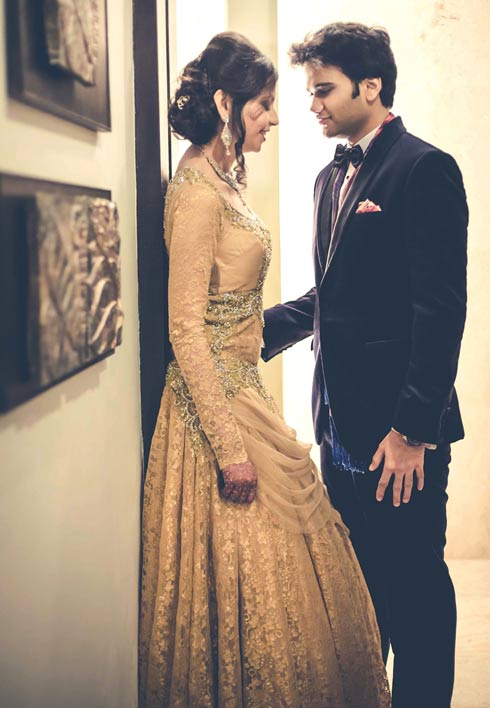 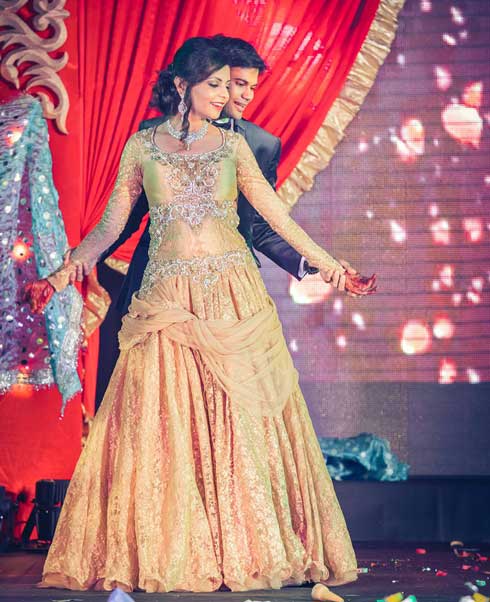 The next morning kicked off with a pool party, where the main attraction was the rain dance. They also arranged games for guests who wouldn’t get in the water, but to their surprise, each and every guest, right from saree clad elders to children, let their hair down by dancing in the rain while standing in the pool. Asma says, “Till date, everyone remembers the pool party and says that it was the best part of the wedding. There were garlands, flowers, clips, colorful floral hats, big glares, coconut water and all the Hawaiian delicacies to complement the theme. I was wearing a flowy yellow dress from Olga (Khar, Mumbai) while Kitam was in shorts and a casual shirt.” 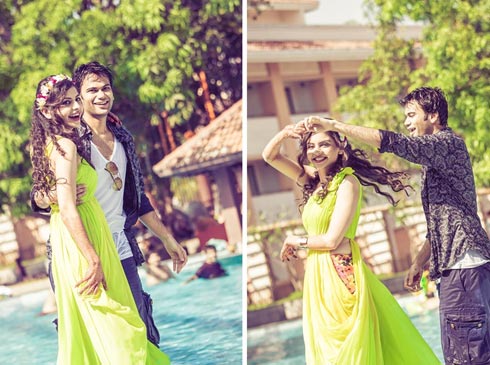 The decor of the wedding was ‘Vedic’. There was abundant use of bells, jasmines, marigolds and eucalyptus leaves, with silver matkas and big diya stands making the arrangement look elaborate. Asma says: “The pheras were arranged on a platform surrounded by a water body. The decorators had floated tea light candles in the water body. They put dry ice in water creating a beautiful smoke and fog effect. Fairy lights were used on the trees. The entire scene was blissful.” Asma arrived in a palki wearing a beautiful Sabyasaachi lehenga while Kitam wore an elegant sherwani. And the traditional function was the perfect finale for the three day fun celebrations in beach town Alibaug. 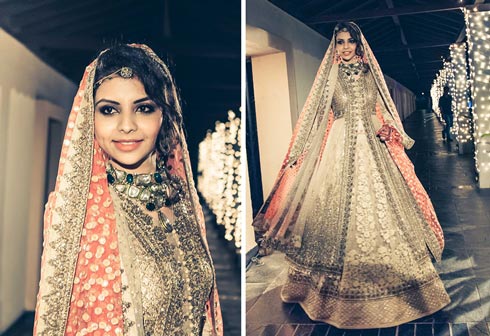