Entrepreneurs Dhruv and Mahima met through family friends before deciding to be with each other forever. They got married in romantic Udaipur.

Mahima runs Hue, the five-year-old multi-designer store on Hughes Road. With three more outlets on Peddar Road, she is now planning to spread her wings to Delhi and Bangalore.

Dhruv’s business, Crystal Plastics, has manufactured and exported Hair Care Products to over 75 countries for over 25 years. He also heads ventures that launch and distribute personal care brands such as Marc Anthony Professional Products, Keratheraphy USA and Qiriness Paris to spas and salons around India. Dhruv tells us how he met Mahima and about their wedding in Udaipur.

We met through family friends early last year and discovered a lot of links in common, in addition to the fact that we both live on Marine Drive, ten buildings apart. We got to know each other for a couple of months before deciding to get married.

Wedding Venue
Both of us think Udaipur and the lake is the perfect wedding venue and we were very sure we’d take our wedding vows there. We were also keen on having our guests experience a royal wedding.

We got married at the Jagmandir Island Palace and hosted our guests at Fateh Prakash Palace and Shiv Niwas Palace, both within the City Palace of Udaipur.

Wedding Functions
The Welcome-Mehndi was hosted at the Shiv Niwas Palace Lawns. The theme was Rajasthani, so in addition to the decor, there was langa music, traditional kalbalia dancers, nail art, chudi-making counters and a traditional Rajasthani lunch. 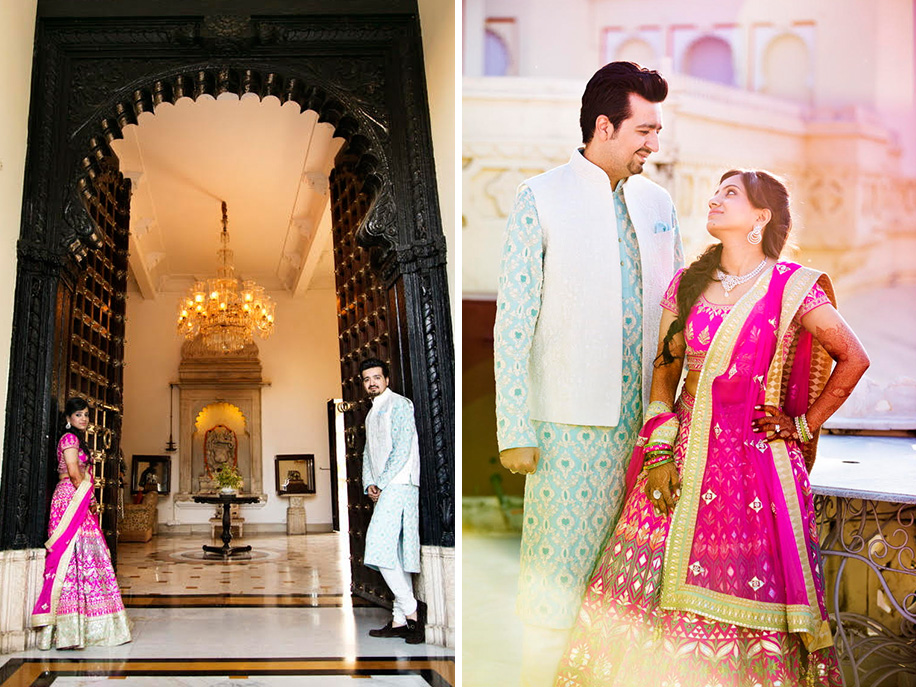 We held the sangeet at the Zenana Mahal City Palace where the theme was Bollywood Meets Royalty. Bhoomi Trivedi entertained the guests with an outstanding musical performance that included her famous songs like Ram Chahe Leela and Salim-Suleiman had the dance floor burning for two and a half hours with their chartbuster hits. 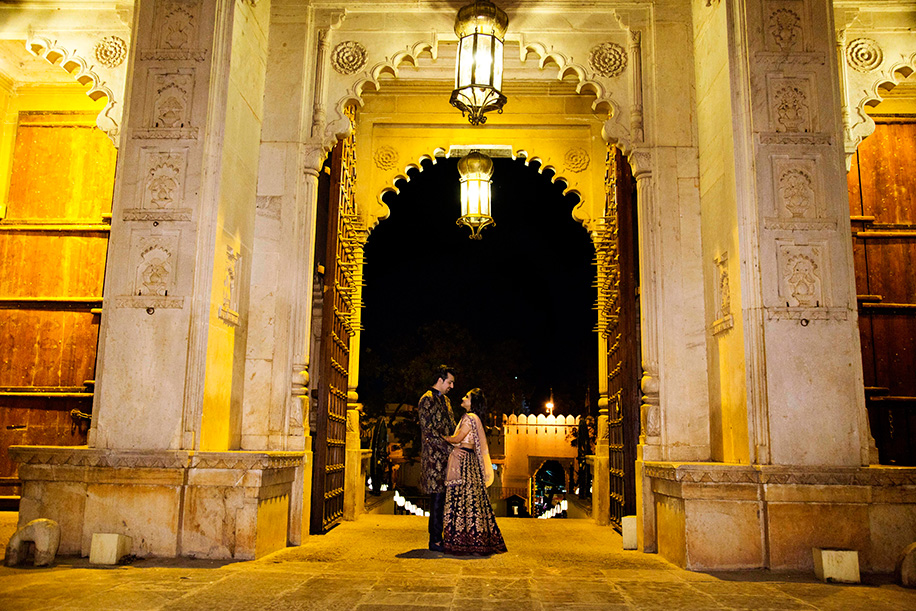 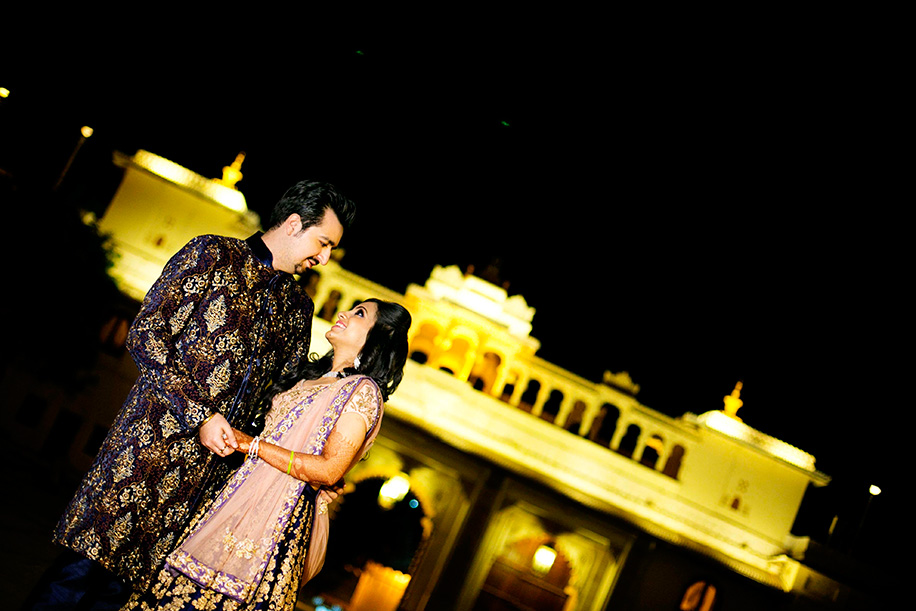 The following afternoon, at the Jagmandir Island Palace, the lotus-themed Royal Wedding took place. The baraat started from the City Palace and made its way through Lake Pichola to the Jagmandir Island in Royal Chariots, Vintage Cars, Elephants, Camels and Horses. The wedding ceremony was conducted in Sanskrit. 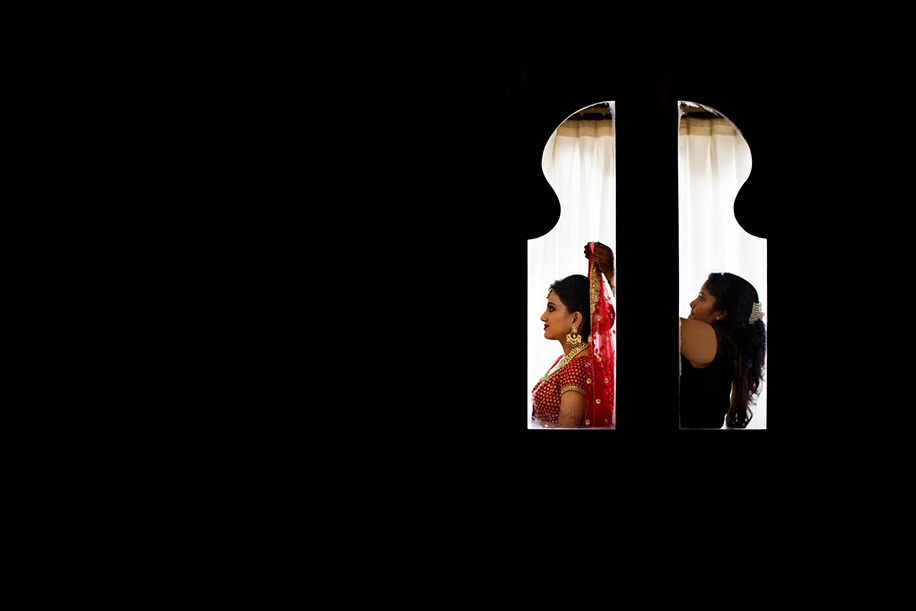 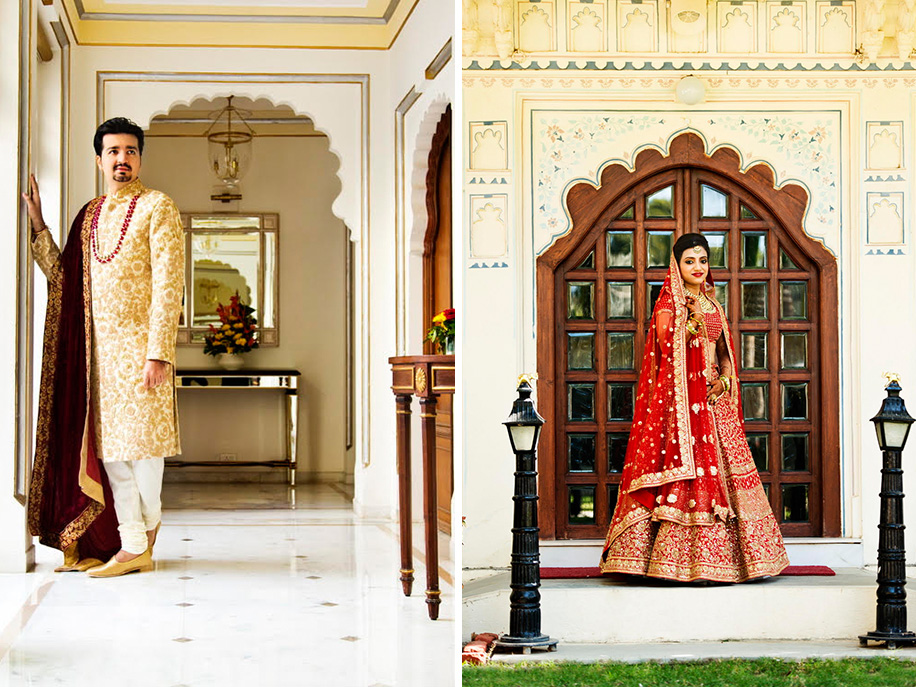 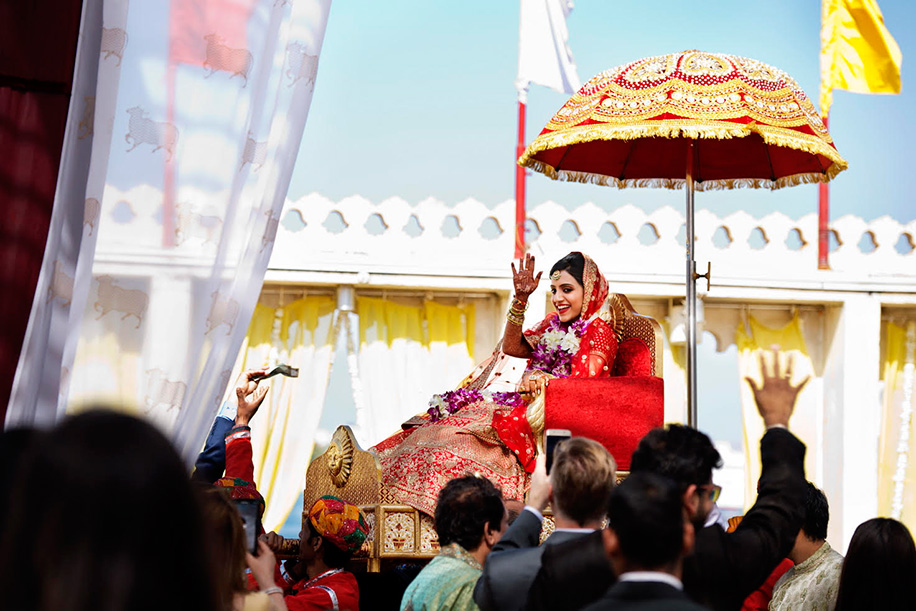 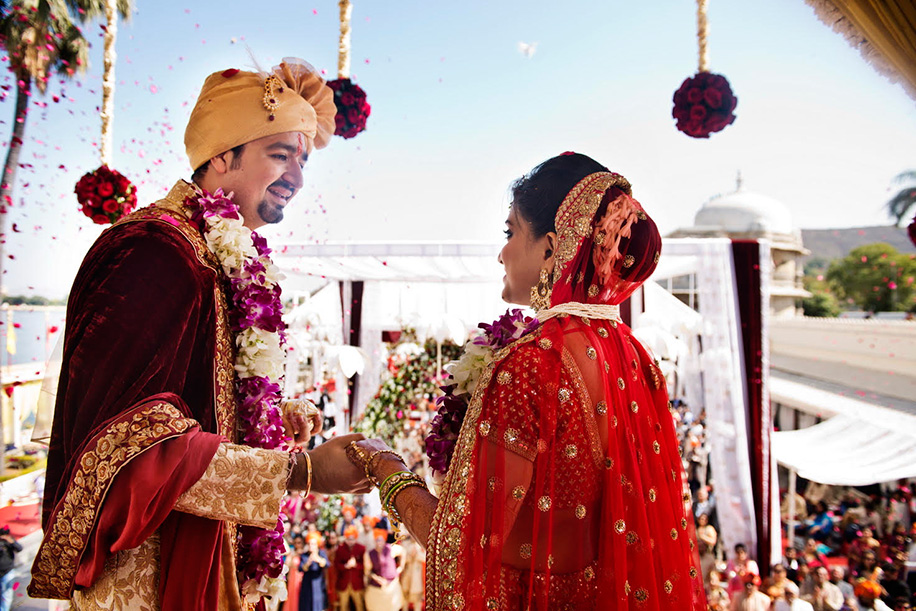 Later, a celebratory night at Manek Chowk in the City Palace saw music by Shruti Pathak who sang her popular Bollywood hits like Shubharam, Tooh, Marjawaan and Sufi Songs to keep the guests entertained into the wee hours of the morning. 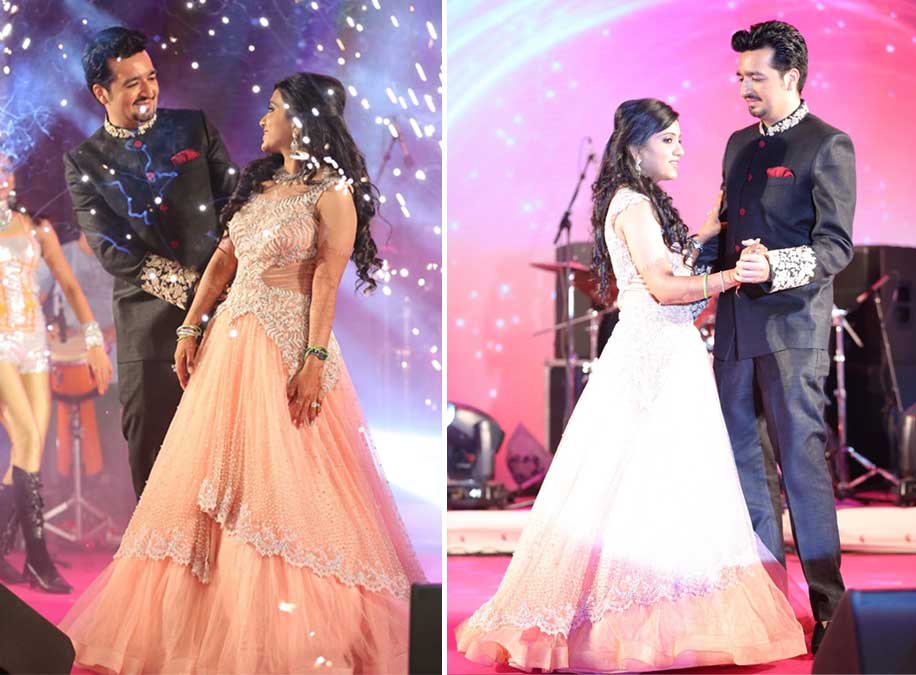 Wedding Shopping
Mahima was dressed by designers from her own store, Hue. For the welcome-mehndi lunch, she wore a lehenga by Krishna Mehta. For the Sangeet, Mahima wore a creation by Shyamal & Bhumika, and Dhruv by Dhruv Vaish. On the wedding day itself, Mahima chose a Sabyasachi Maharani Lehenga. And for the celebratory night, she wore an outfit by Kamaali Couture and Dhruv donned a bandhgala from Shyamal & Bhumika. He was styled by Krishna Mehta and Vikram Phadnis for his other functions.