French Photographer Christophe Viseux who photographs many destination weddings in India, France and Kenya writes about his first experience of photographing a Pakistani wedding.

French Photographer Christophe Viseux who photographs many destination weddings in India, France and Kenya writes about his first experience of photographing a Pakistani wedding.

Misba and Hannan is the first Pakistani wedding I’ve had the opportunity to cover. It took place in Paris and was spread over three days. Somehow similar to Indian weddings – especially Punjabi Weddings, the celebration had its own special character and I was very thrilled to discover rituals I have’t seen before.

The celebrations commenced with the Mehndi-a fun ceremony with lot of traditional dances and performances. Green, yellow and orange were the predominant colors in which the beautiful ladies were dressed. The wedding day started with the Barat. Hannan made his way to the ceremony in a convertible car under rose petals and vibrant music. Then the official Islamic wedding ceremony ‘Nika’ took place. Misba and Hannan were sitting separately in different rooms when the Imam read the prophetic sermon until the wedding was legally announced. The end of the celebration was symbolized by the Rukhsati (the equivalent of the Vidai for Hindu weddings) At this stage, Misba was ready to leave with Hanna’s family. As a blessing, the Quran was held over her head during the entire walk to the exit.

The Reception (Walima) was the final event where Misba and Hannan were the hosts of their first dinner as husband and wife. 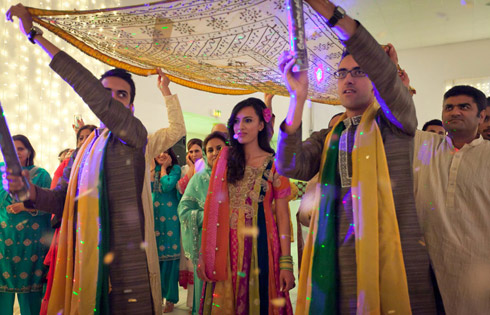 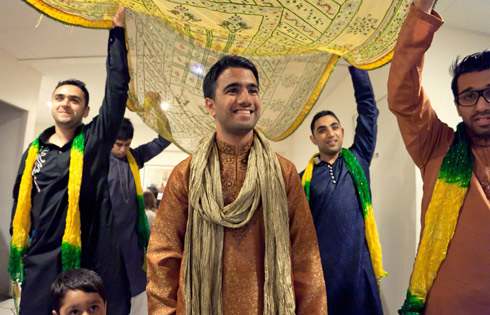 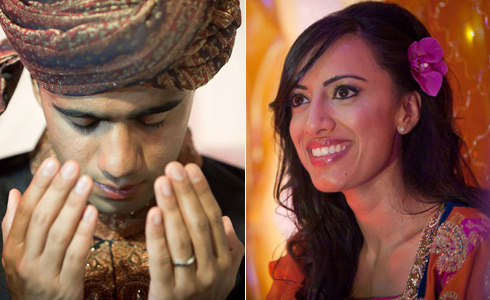 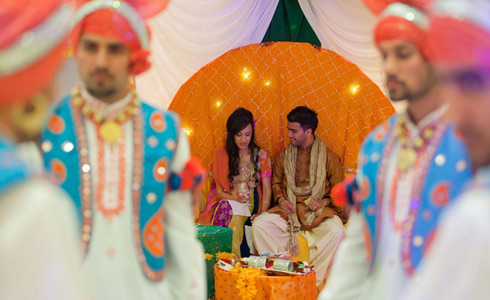 Misba and Hannan on the stage before the traditional Pakistani dance 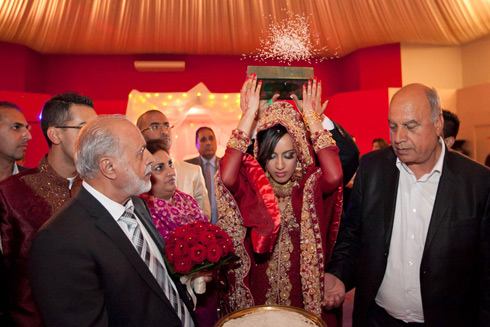 Rukhsati- Throwing rice over the Koran 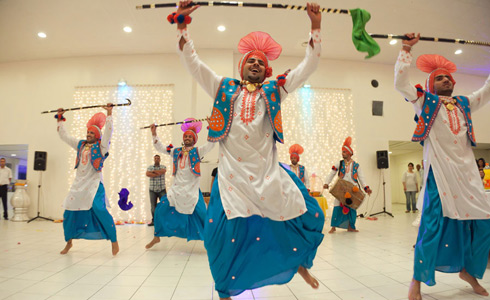