Reshma and Dimitri tied the knot in a rambling mansion named Casa Bela on Candolim beach in Goa.

When the sun goes down the fun begins – that was the scene across the lavish lawn of the rambling mansion named Casa Bela on Candolim beach in Goa at the pre-wedding celebration of former supermodel Reshma Bombaywala and internationally famed mixologist Dimitri Lezinska. 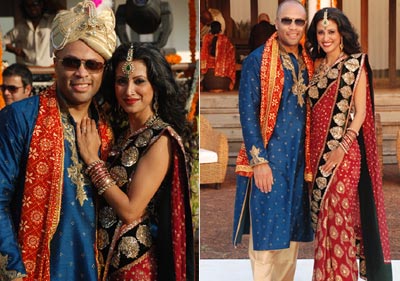 At the sangeet, women looked wonderful with their mehndi, there was the sound of music and much masti on the evening of Thursday, January 28, 2010. Both Reshma and Dimi were dressed in traditional Indian attire as befitting the occasion. And Reshma’s model friends including Dipannita Sharma, Nethra Raghuraman, Tupur Chatterji showed that they had a hidden talent besides making heads turn on the catwalk – they could even dance to all the hit Bollywood tracks. Even singer Anoushka Manchanda got into the groove of the sangeet song-and-dance routine. Watching their every move were other models like Nina Manuel, Fleur Xavier, Binal Trivedi and Sampada Inamdar. A surprise act was a dance number by the mother of the bride Rukshana Bombaywala (she also happens to be the sister of publisher Farzana Contractor). Another surprise act was that of the sister of the bride Rumana Bombaywala who displayed her jhatkas to an excited audience. As though this was not enough, you had the bride herself shaking to the beat of Khajra Re. Guests included Ash Chandler, who compered the evening, Manasi Scott and hubby Craig, Simone Singh and Fahad Samar, Lina Ashar and Nikasha Tawadey. 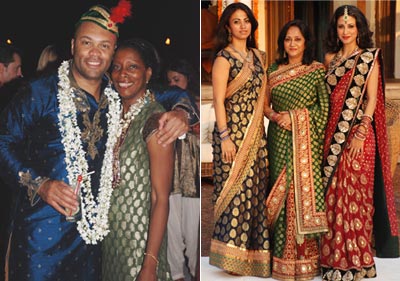 The revelry unfolded the previous day itself, on Wednesday, January 27, 2010 with a bountiful brunch by the beach at Bon Appetit, strategically located in between Taj Fort Aguada and Taj Holiday Village. Here, guests were seen in their sunny beachwear with a live band that kept them company. Singing his heart out was Ash Chandler and Manasi Scott. Anoushka Manchanda also jammed in, adding to the action. 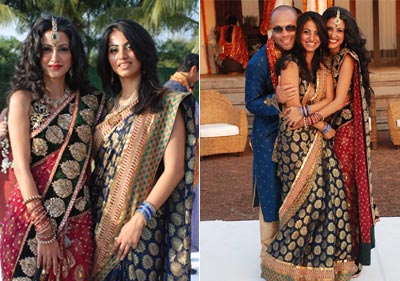 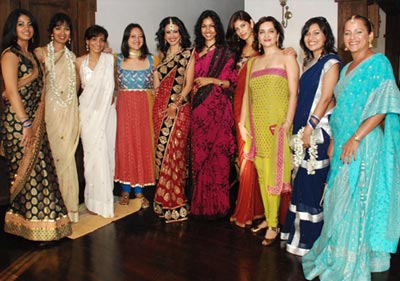 The main wedding celebration was on Saturday, January 30, 2010 once again at Casa Bela. It was a formal occasion with the bride in white, the groom looked dapper in a white ensemble which included a white tailcoat and white shoes. The guests who included Queenie Dhody and Farhad Taraporevala and restaurateur AD Singh and wife Sabina were all formally attired. The wedding vows were exchanged and then it was time for eating, drinking and making merry, not necessarily in that order!