Sonal and Ashir's civil ceremony took place at Chelsea Town Hall and their Indianised Wedding and Reception was celebrated at Devi Garh, Udaipur. 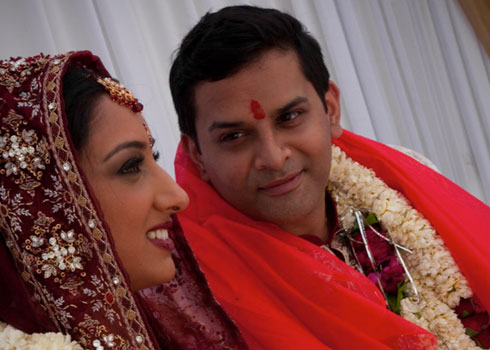 One of the reasons we decided to have our wedding abroad ie in India was because we didnt want to worry about the unreliable British weather which could have spoilt our day. The notion of outdoor events was something we were looking forward to and we had a glorious sunny weather on our wedding day. I had been to Udaipur about 15 years ago on a family holiday and immediately fell in love with the city. Udaipur has such a beautiful landscape with the Aravalli hills surrounding the tranquillity of Lake Pichola and the unique Indian history and regal architecture was sure to create a wonderful setting for our wedding and festivities. Ashir and I visited Udaipur in 2008, he had never been to Rajasthan and I wanted him to see Udaipur. We were there for two days and were planning to see three venues. We heard about Devi Garh at the last minute and thought we would take a quick look just for a comparison with the other three venues. As soon as we arrived at Devi Garh and stepped into its grounds we both loved the venue and knew it was the perfect place for us to get married. 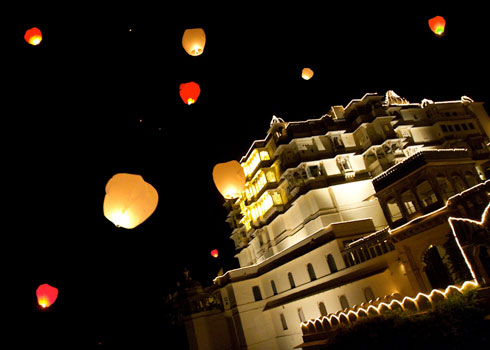 Since we were organising two weddings in different countries we knew a wedding planner would be invaluable. Anita from Tania-Tapel was the perfect choice. Anita had many years experience in organising Indian weddings in the UK, so she knew what British Asian brides required for their big day and the added advantage was that she was also based in Mumbai. From early on Anita knew the type of wedding we wanted and once that trust was established it was relatively easy to plan the wedding through Anita. We practically planned and organised the wedding through email and photos! She worked really hard and was very quick and responsive on email despite the time difference. She saved me a lot of time, effort and stress 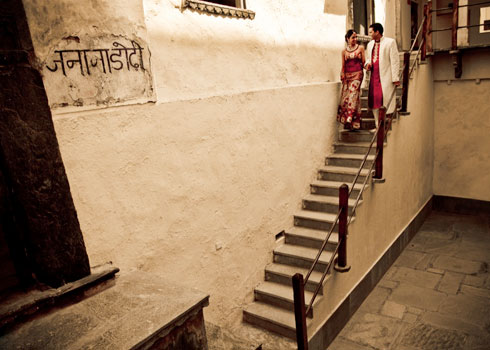 We had 150 guests as we wanted an intimate personal wedding. It was an extremely memorable day for our friends and family as many of them had never been to India or Udaipur. For me, the most surprising moment was seeing Ashir arrive at Devi Garh on an elephant!! The decor at the venue was simple‚white with red and pink roses. 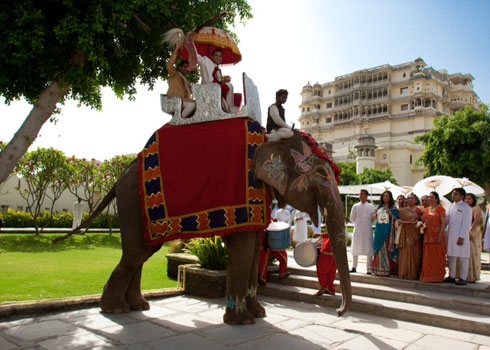 The reception was also at Devi Garh. The venue overlooked the Aravali Hills, there was a beautiful sunset as everyone sipped champagne, watched the fire eater and mingled with other guests. For the sit down dinner, the tables were simply set with white linen, blue orchids and white roses centre pieces in tall vases. The surrounding trees were decorated with fairy lights. 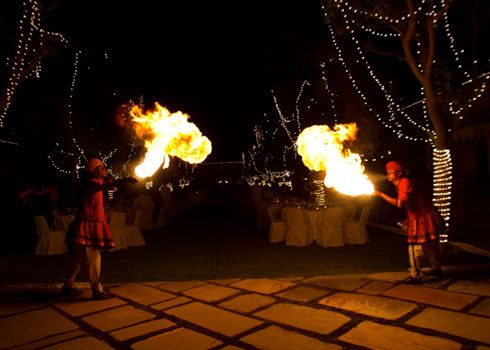 Our First Dance was You do something to me by Paul Wellar.

Our cake was made by the chefs at Devi Garh, it was a 3 tier chocolate cake covered with vanilla butter cream. The cake was decorated with blue orchids 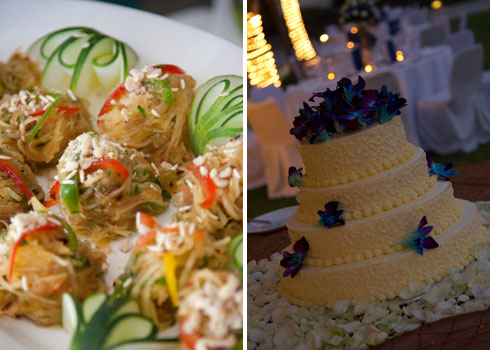 We left India the day after the wedding and flew to the Phi Phi Islands off the coast of Thailand for three days; we then travelled to Vietnam for one week, then flew onto China for one week and lastly flew to Japan before we returned back to London.

For the civil ceremony I wore an Ivory asymmetric two-piece outfit with gold and silver embroidery and Swarovski crystals. It was a fusion eastern/western design which had a slight A-line skirt and a one-shoulder boned corset. For the Indian Ceremony I wore a deep red two piece outfit with a fishtail skirt and boned corset. To give my outfit a Rajasthani look, the skirt was heavily embroidered with 6 different designs while the corset was simply edged with a matching border.

I spent the most time, deciding on my Reception outfit. I explained to Mona from Mona Vora the style, design and colour that I wanted and she made a rough sketch, once I was happy we chose the material that I liked. The result was a full length Aqua blue dress, with a square neck, deep V back, fitted bodice and full skirt. The dress had Swarovski crystal straps and a front panel on the skirt covered in crystals.

Ashir took into consideration what colours l was wearing as we both wanted to complement each other and after much deliberation he opted for outfits by Amara, London. The material and comfort factor was of key importance to Ashir as he wanted to keep cool in the heat of the day. 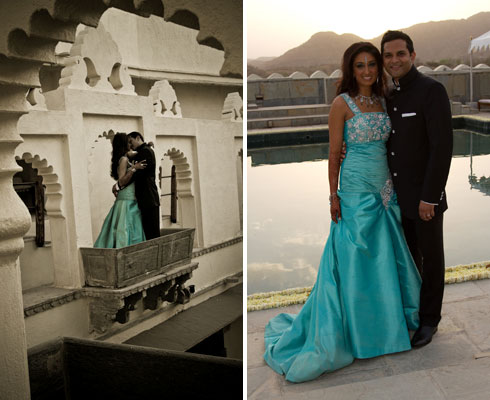