Suruchi and Rishab got married in Thailand on February 20, 2010. Suruchi talks about her tropical theme wedding and whimsical winter wonderland reception at the Holiday Inn Resort Regent Beach Cha-am. 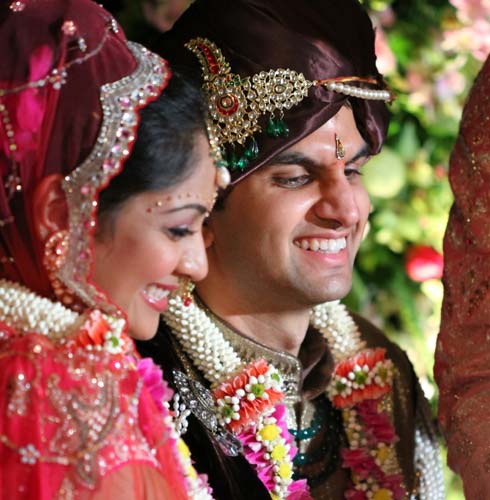 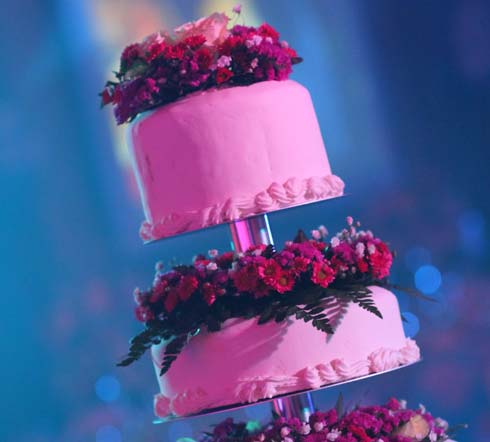 We are both 26 and live in Nashville, TN where Rishab works as a corporate lawyer. Before marriage I worked as a teacher in New York. We were introduced to each other by family members, and after talking a lot on phone we began meeting once a month. After sometime, Rishab surprised me in Paris with a romantic proposal under the Eiffel Tower. 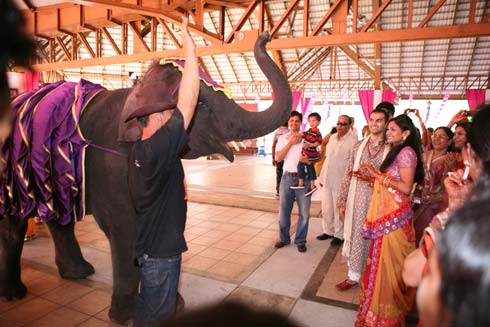 We decided to get married in Thailand and Gem Weddings, a Thailand based company managed it all. The festivities began with a Thai festival with an ethnic Thai ambience. This was followed by a colorful Sangeet. For the tropical theme wedding ceremony, the mandap was placed near the beach. The colours were fuschia and apple greens. The finale was the grand reception. The hall looked like a whimsical winter wonderland in Thailand. The colors were shades of aqua, violets and bright whites. The stage was decorated with white trees adorned with hanging crystals for a glittering effect. 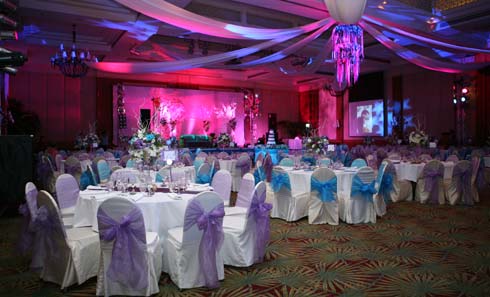 At the beach-side wedding there were very bold tropical colors all around us, so I chose an equally bold color– a hot pink lehenga with pearl embroidery designed by Ritu Seksaria. I teamed this with Pearl Jewellery and my makeup and hair was done in a very traditional style. Rishab wore gold and dark brown sherwani with Pearl embroidery. For the reception I wore a bottle green Tarun Tahiliani lehenga and Rishab a black Nehru suit with beaded embroidery. 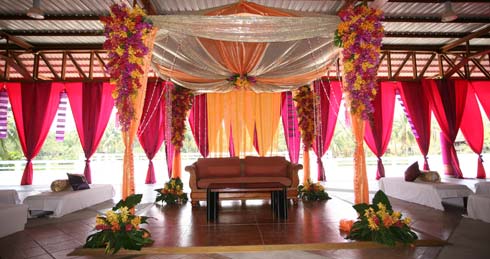 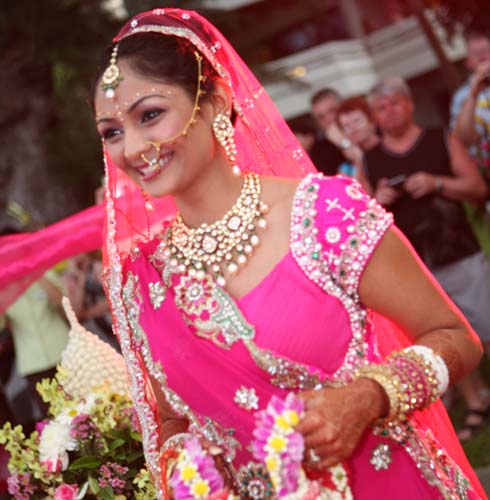