Aanchal and Navdeep’s wedding was a charming affair in the City of Dreams.

Aanchal and Navdeep met at a lounge in Mumbai and a few days later, it would be safe to say that he drove straight into her heart. Bride Aanchal tells us how both of them fell in love and shares the highlights of their wedding. 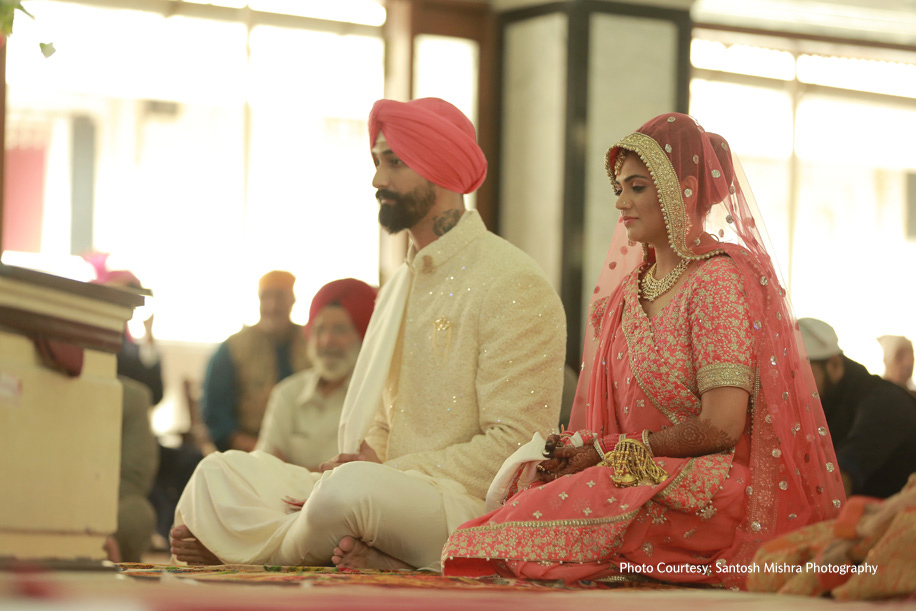 How We Met
It was the 16th of October, 2016 – just another day. We were at Mirabella, a lounge in Andheri West. We were hanging out, my friends and I, the music was playing, alcohol flowing and suddenly I spotted Navdeep dancing in one corner. I was instantly interested. My friend played Cupid and got us to talk to each other. The conversation was brief but we exchanged numbers. Navdeep lived in Gurgaon and was only visiting. He left in two days but we continued to stay in touch.

A fashion designer, he was shifting base to Mumbai and had planned to move in December. He was driving down because he wanted to bring his car and I thought it was super cool, him driving down from Delhi. I decided to go to Delhi and take the road trip with him and it was the best decision of my life! We never thought a 22-hour road trip would lead us to become husband and wife but that’s just what happened!

Proposal
Last year on my 30th birthday, I had planned a big party at my residence. I spent the entire day preparing for the evening and wasn’t expecting any special sweetness coming my way. It was no different from the last birthday. By 8 pm the party was in full swing. All my friends and family had come over and we were having blast. Suddenly the music stopped and I heard Navdeep’s voice echo as he spoke into the microphone. That’s when he proposed to me. I was in shock. He sang ‘Marry You’ by Bruno Mars, my heart melted into a puddle and when I went to hug him, sneakily he pulled out the ring from behind and went down on one knee. It was magical. Obviously, I said yes!

Wedding Venue
The wedding functions took place at four different venues across Mumbai. We were both keen on having one of our functions by the sea, so our engagement and cocktail was hosted at Kino Cottage, Versova. It was the prettiest evening! Navdeep’s haldi was held at Ontime Residency, Juhu while my mehndi took place at home. Our wedding was celebrated at the most beautiful Gurudwara in the city, the Sri Guru Singh Sabha Gurudwara, 4 Bungalows, followed by our day reception at the Classique Club, Andheri

Engagement
The set up for our engagement was beautiful. We had an unobstructed view of the Arabian Sea and the place was done up in fairy lights. The dress code for the evening was formals and indo-western. Navdeep was dressed in a blue tuxedo and looked his dapper self while I wore a champagne ready-to-wear saree. 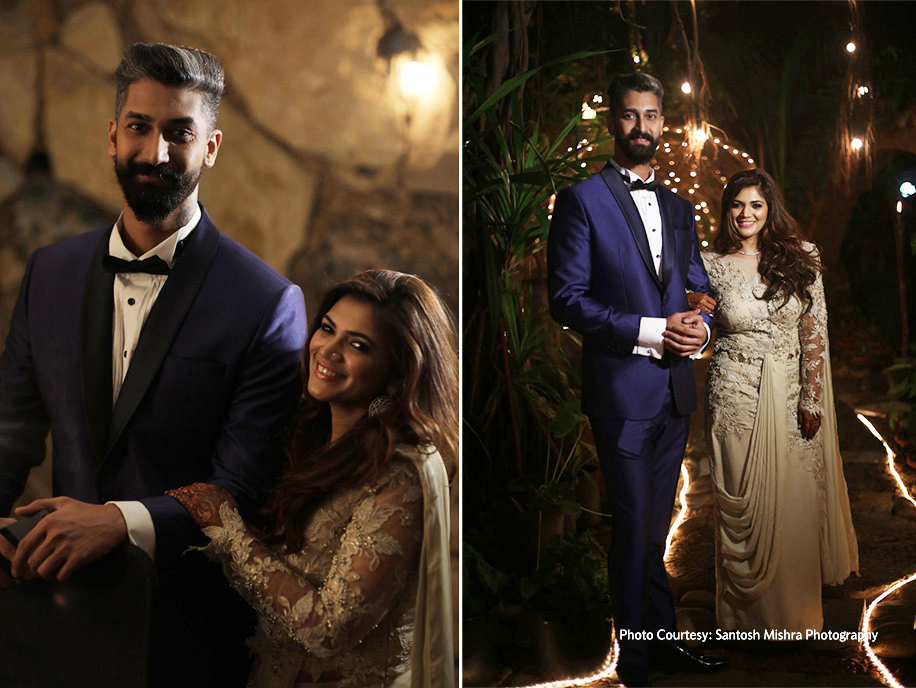 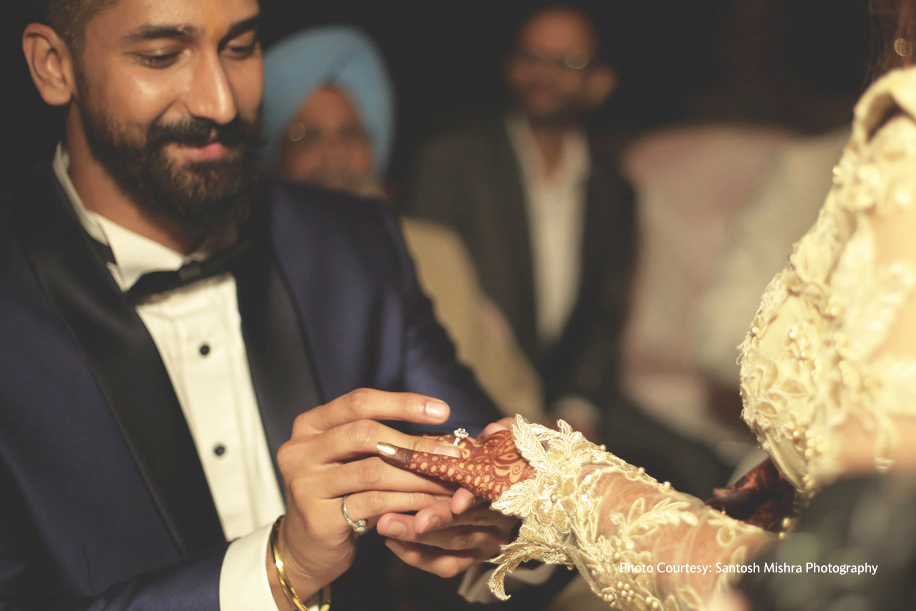 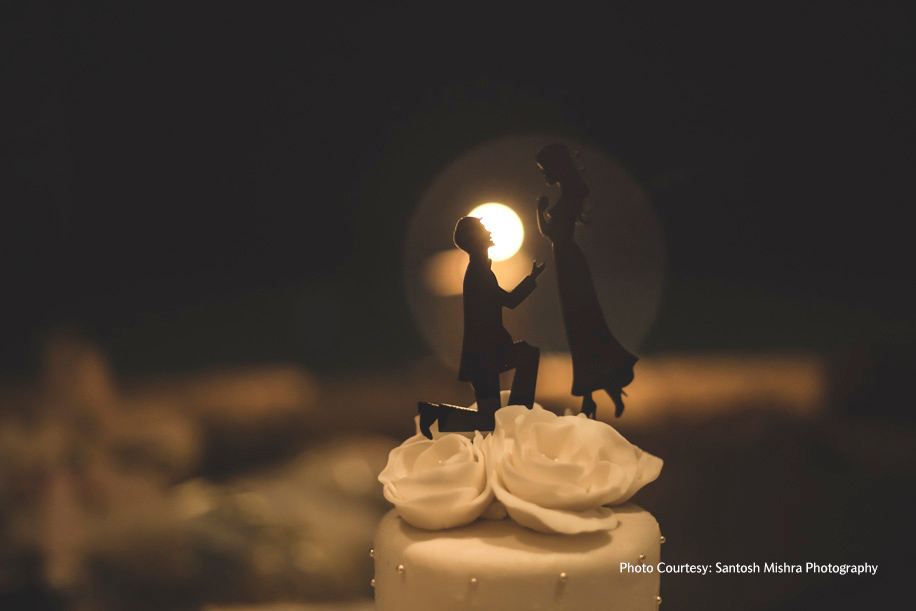 Mehndi
This was the most fun function for all. Even though this was held at my house, the set up looked nothing less than a film set. The only thing I’d wanted was a colorful event and we managed to achieve that. Multicolor drapes were suspended from the ceiling, the swing in the backyard was decorated with flowers, there was a board that read ‘Dulhaniya’ and a cart filled with wedding favors for the guests. We had called Punjabi dhol for Navdeep’s family and the Dholwala had us dancing away for hours!

I channeled my inner Punjaban for this function and wore a fuchsia kurta with a parrot green skirt and golden juttis. To complete the look I even wore a parandi. My mother in law was all praises and just like that, I managed to earn many brownie points! 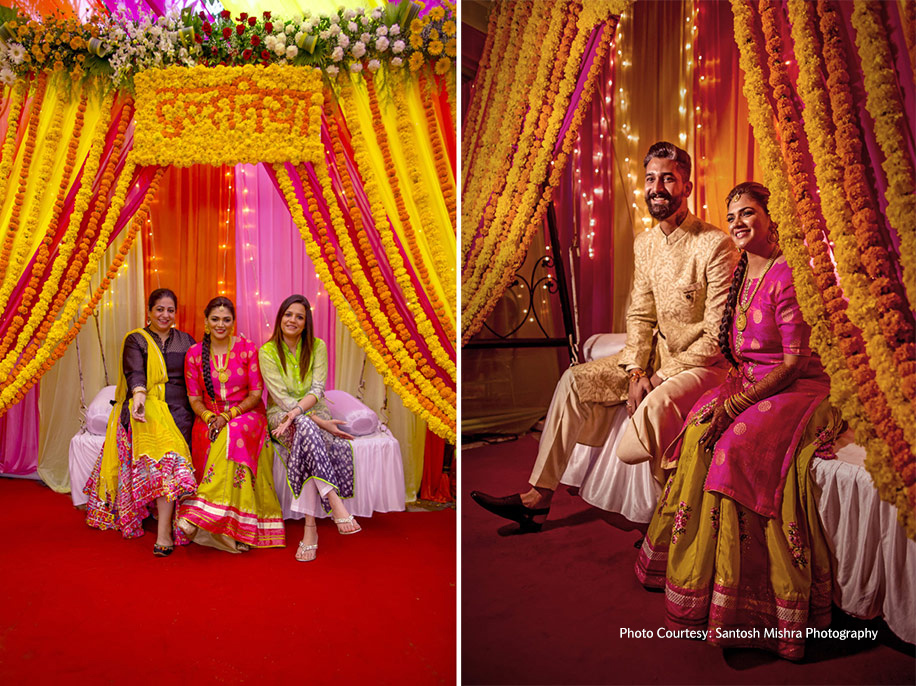 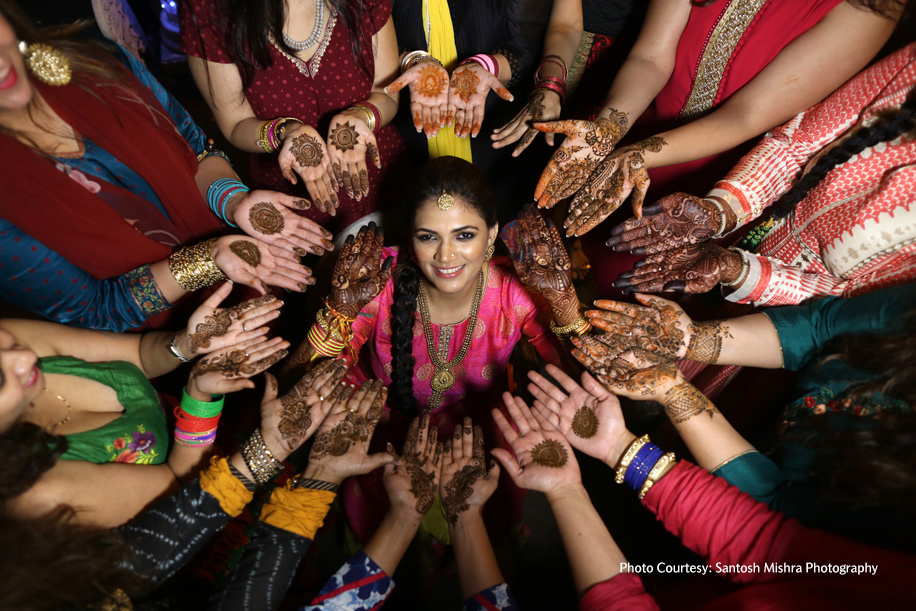 Wedding
We had a Sikh wedding in a Gurudwara and the ceremony had a very spiritual vibe to it. It was such an emotional morning, I caught a glimpse of my mother with tears in her eyes. It was heart-warming to have all our near and dear ones present as we walked into our new beginnings. I wore a comfortable floor length pink anarkali and Navdeep looked every bit a suave Sardar in his stylish beige outfit and a pink turban that matched my ensemble. 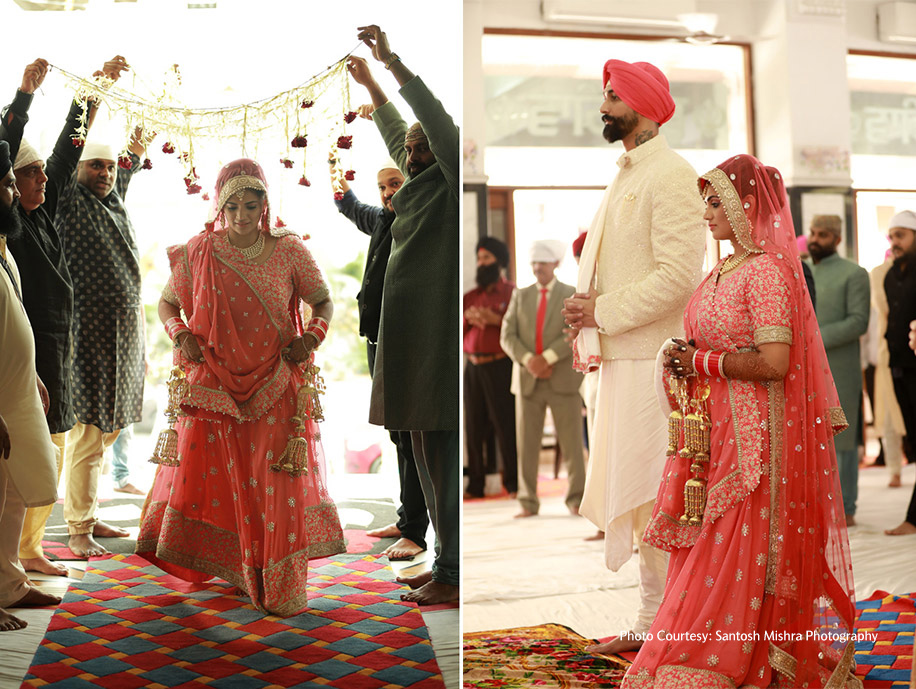 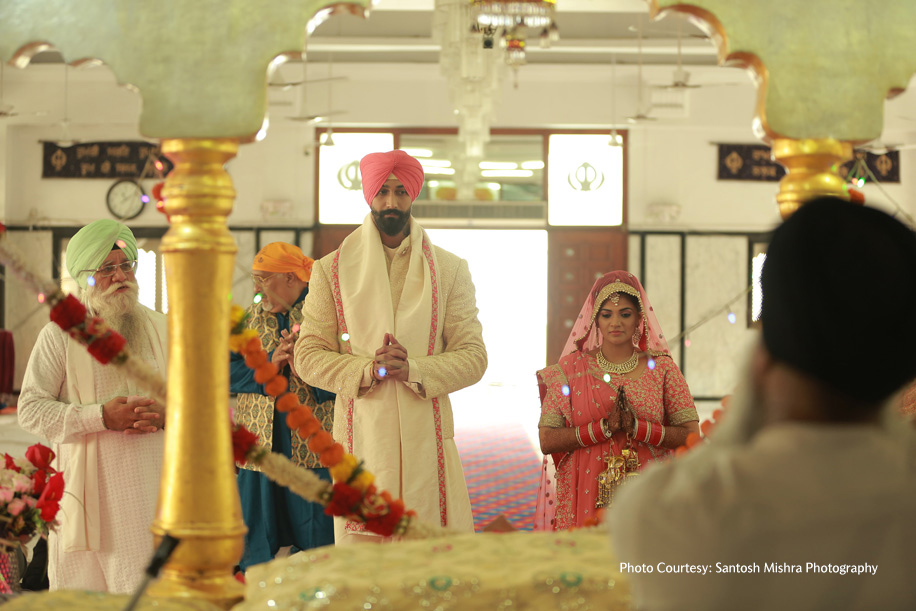 Luncheon
The wedding function flowed into a luncheon at the Classique Club, where the decor, once again, was very colorful. The vibe was fairly relaxed and we got to interact and spend time with our families and guests. These are memories that will be in etched in our hearts for a lifetime and we will cherish them forever.