Glamorous and chic decor at every function gave this traditional Gujarati wedding a modern vibe. 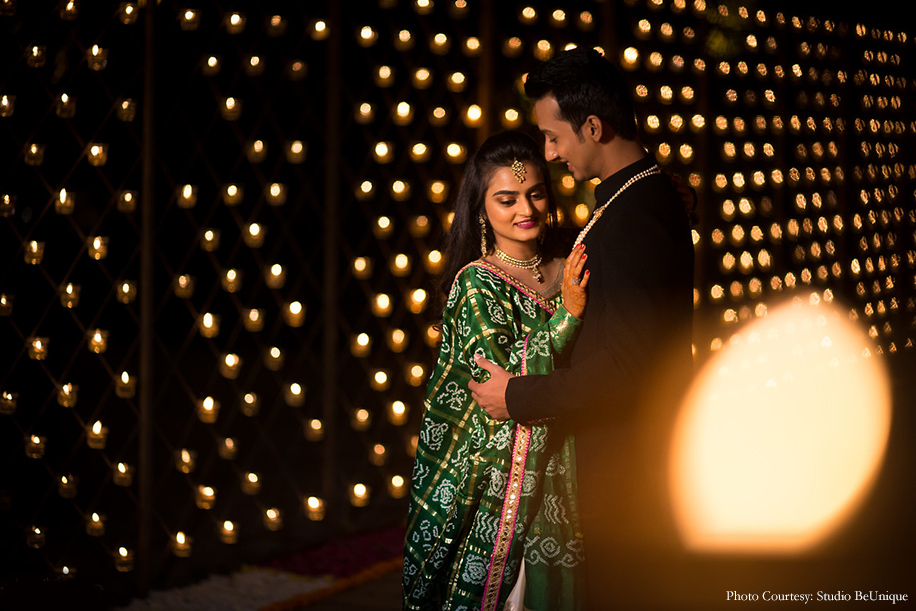 How They Met
Aashna and Saurin met for the first time as classmates during their MBA days. Their friendship blossomed into love when the two interned at the same workspace and started spending more time together. It was just a matter of days of working together before they fell madly in love with each other. Although they initially had a tough time convincing their families to accept a love marriage, Aashna’s parents accepted the idea as soon as they met Saurin!

Sangeet
Aashna and Saurin’s wedding celebrations began with a lively sangeet, designed and planned by Shana Namrata Events. For this glitzy evening, the planners finalized on a chic and glamorous decor with a music concert vibe. The venue was decorated with bulbs suspended from the huge gazebo. The backdrop for the couple’s seating had a huge floral wreath with suspended bulbs. A huge LED sign with the initials of the bride and groom was installed at the entrance and the stage was decorated to look as if was straight out of a music concert, which amped up the party mood. 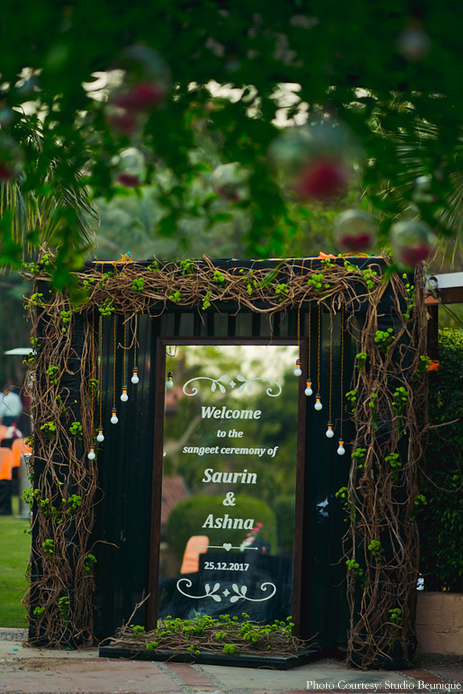 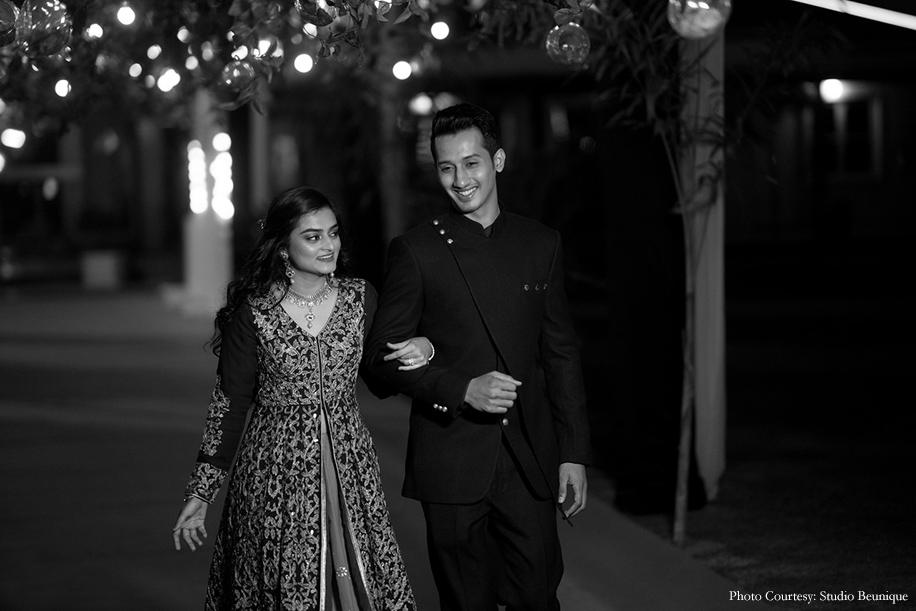 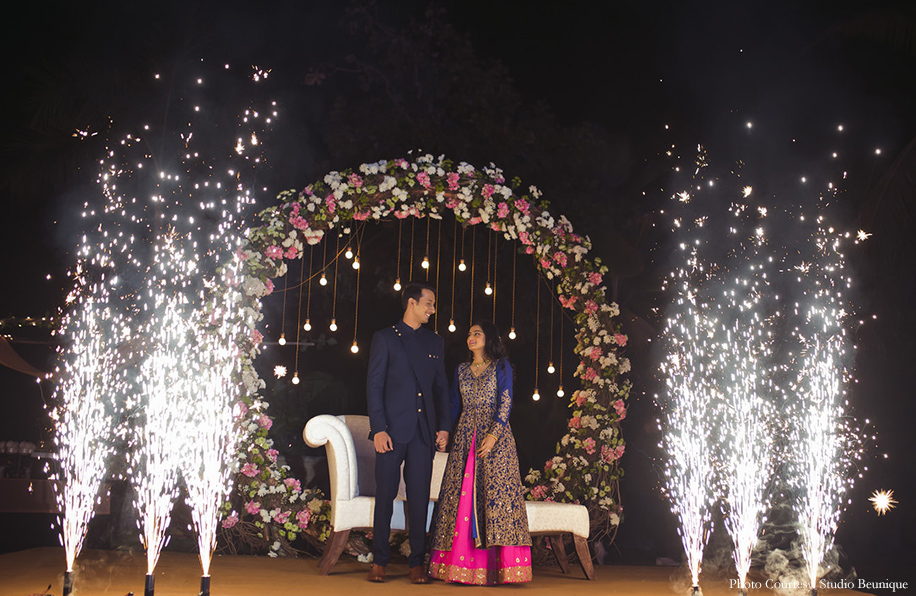 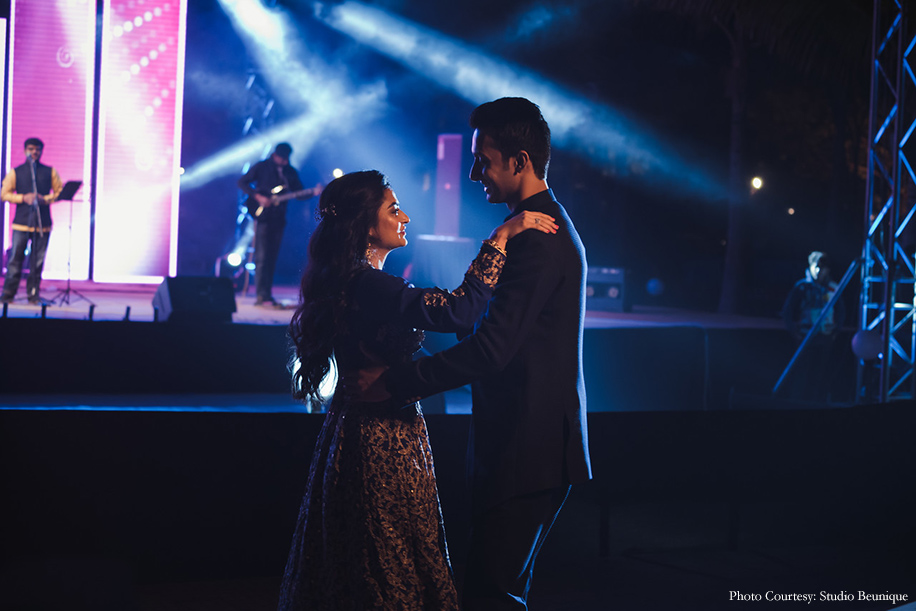 Mehendi
Aashna’s mehendi ceremony was a traditional function, brightly lit with warm shades of orange, yellow and pink. The decor for the ceremony saw traditional elements such as umbrellas, hanging puppets and lamps. Marigold flowers and roses formed an important part of the decor and were used everywhere to enhance the festive ambience. The mehendi ceremony witnessed some spectacular performances by the bride, groom and their families, against the backdrop of a beautiful stage decorated with blooms and colorful drapes. 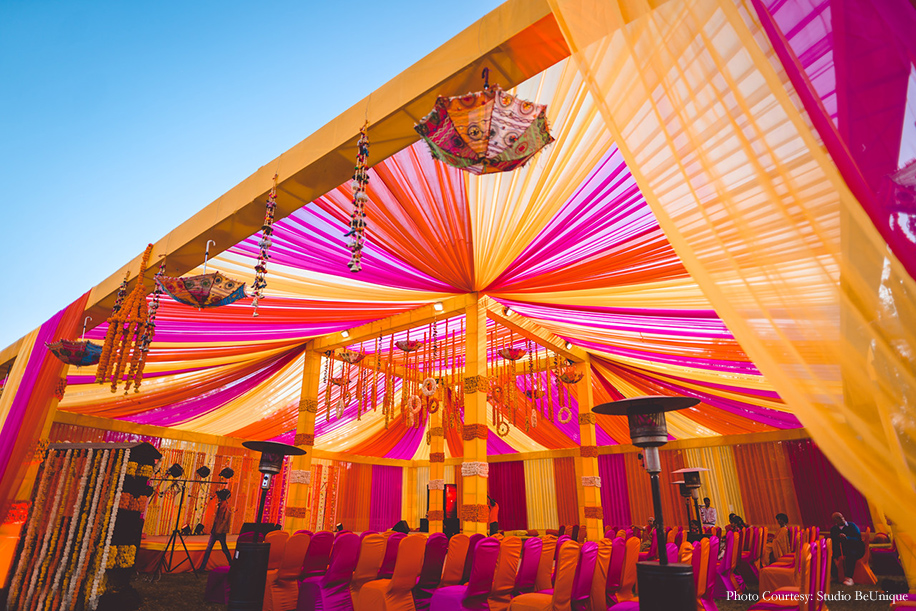 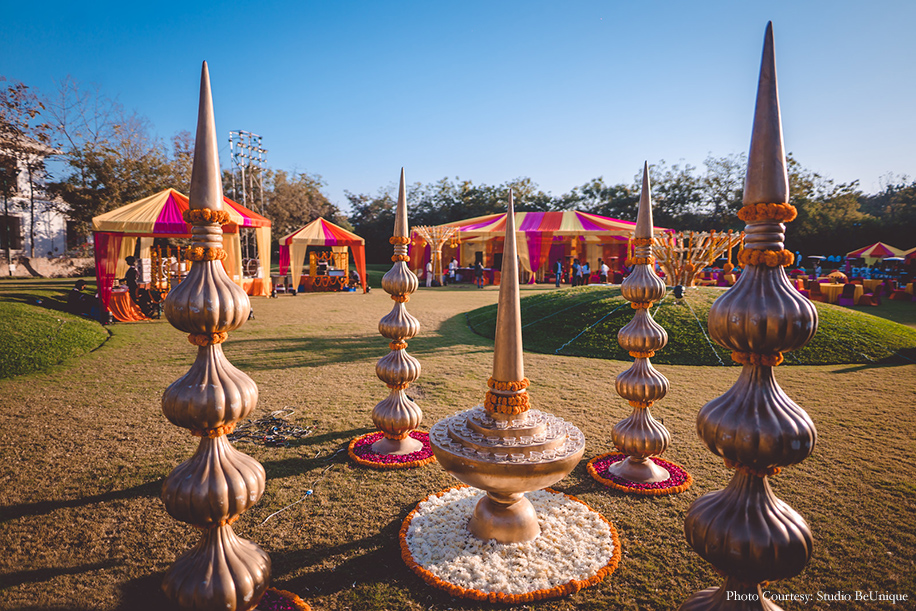 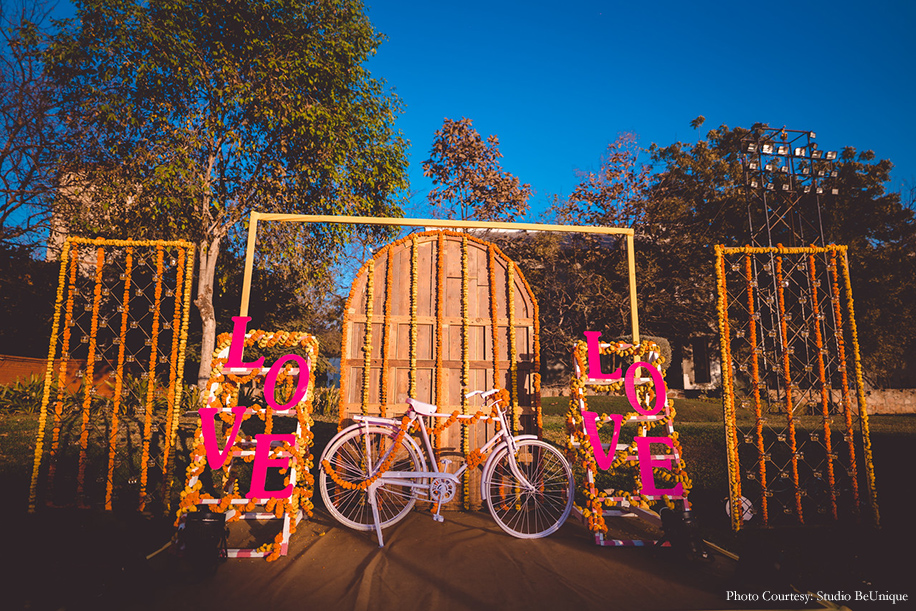 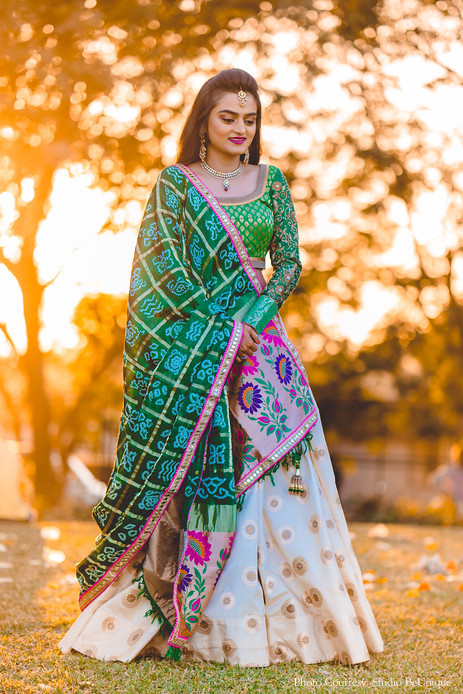 Haldi
A beautiful amalgam of romantic and traditional elements made up the decor for the haldi ceremony. Curated by Meraki Events, the outdoors event was decorated with fairy lights and tassels in shades of pink and maroon. Beautiful white and red blooms were used to create the shape of Lord Ganesh, adding a spiritual touch to the ceremony. Wedding
The wedding decor was kept minimal, with a focus on the mandap erected for the pheras. The venue was beautifully ornamented with bulbs, fairy lights and floral-embellished drapes. The mandap had layers of floral strings that formed a gigantic chandelier that was suspended on floral pillars. Reception
Aashna and Saurin’s wedding reception was the epitome of beauty. The entrance was opulently decorated with luscious maroon drapes, which paired perfectly with green foliage and gold chandeliers. A huge LED sign saying ‘Forever’ was displayed at the venue, decorated in delicate strings of fairy lights. Advice For Couples
Bride Aashna says, “Trust your wedding planner and they will make all your wishes come true. We did this and got an outcome that we were overwhelmed and thrilled by. The first idea that the wedding planner brings to you is usually the best one. You can make a few changes according to your requirements, but let the planners do their job.”