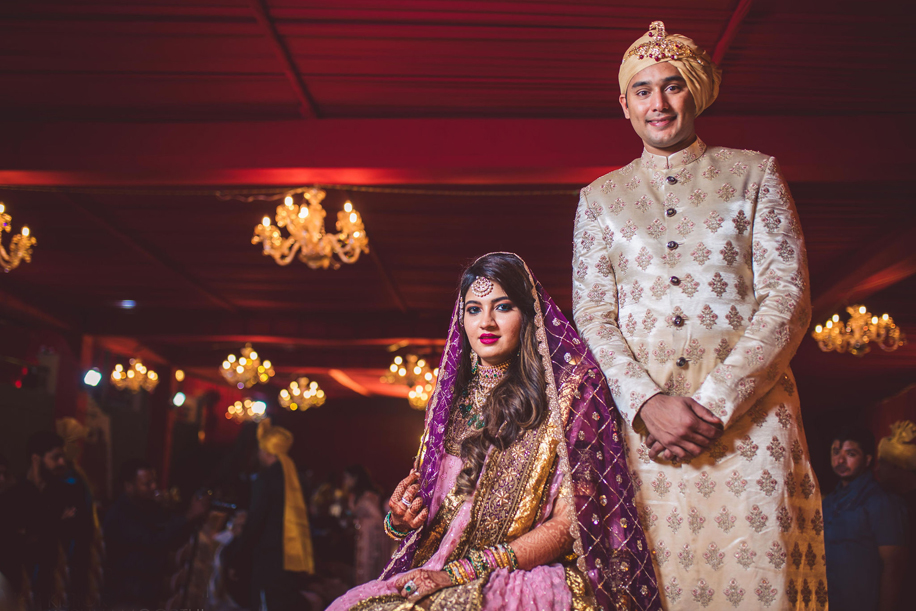 Anam and Asad’s wedding pictures, with the hashtag #AbBasAnamHi, flooded our social media feeds within a few minutes of their ceremonies, as celebrities from the political, entertainment and sports worlds took to Instagram to congratulate the lovely pair.

Anam’s mehndi was held in Hyderabad before the wedding festivities began. The star of the night wore a pistachio green lehenga by Aisha Rao. The lehenga was teamed with a contrasting blue dupatta that had colorful motifs embroidered on it. Sania Mirza wore a black and red lehenga-choli combo. Later that evening, the bride dazzled in a pastel green lehenga with a heavily-embroidered choli by Jayanti Reddy. Her sister kept it simple in a violet and pearly white outfit. 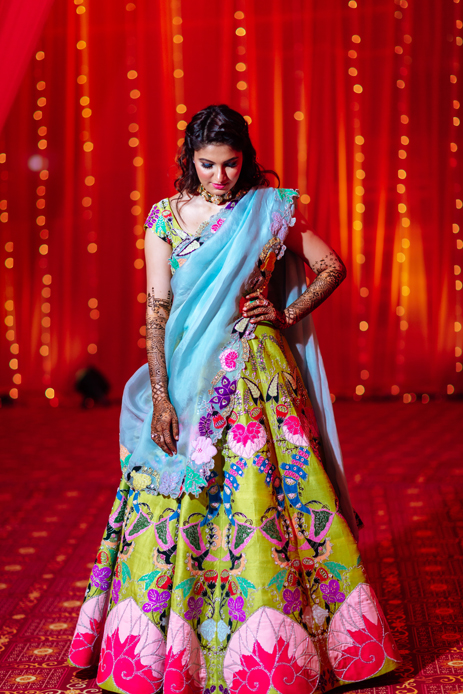 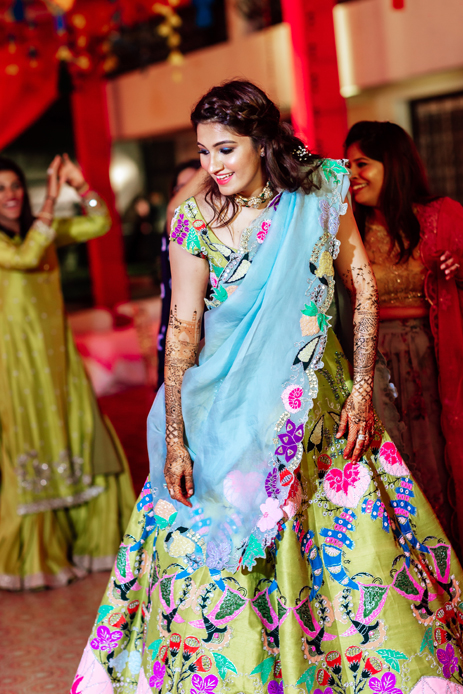 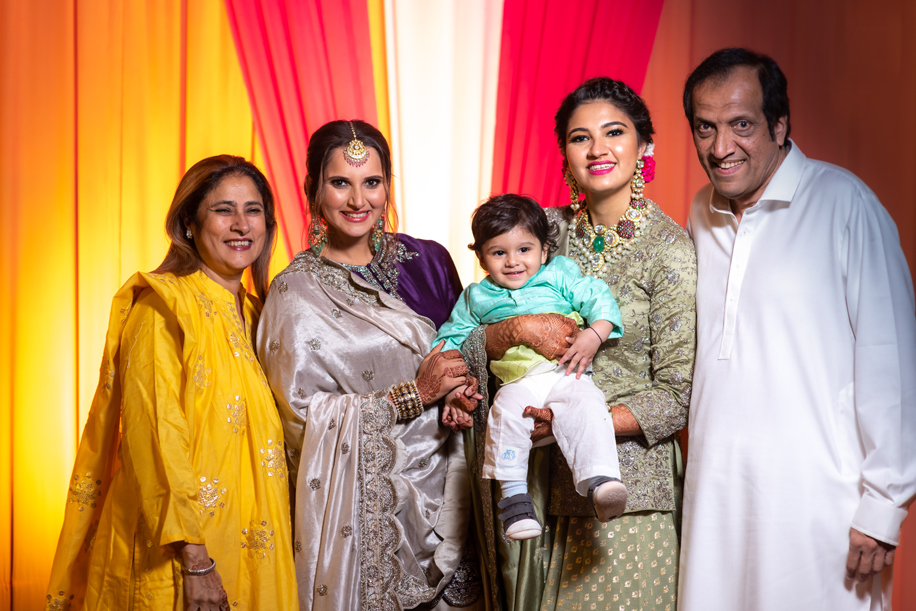 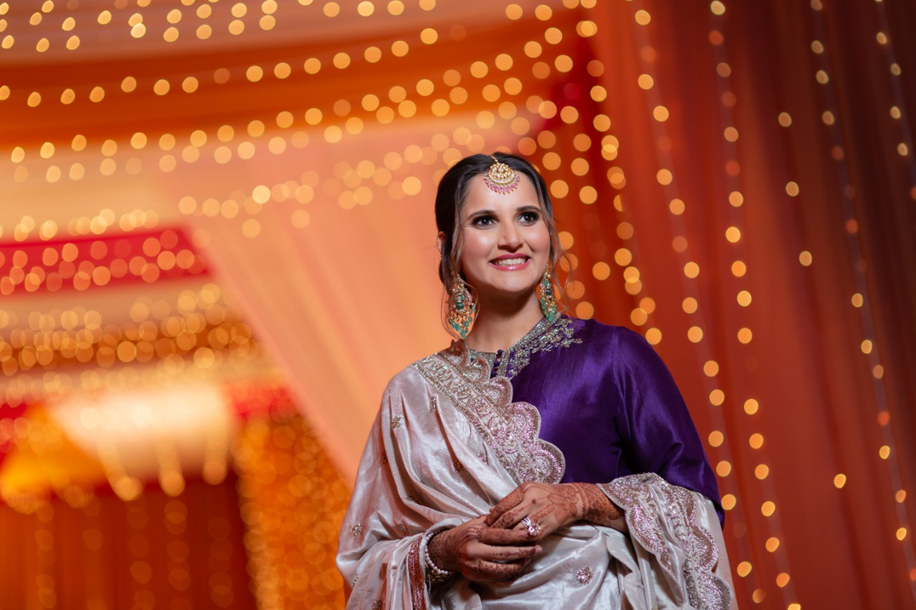 For their sangeet, Anam sizzled in sequined red gown by Monisha Jaising, while the charming groom gave her tough competition, looking suave in a navy blue suit. Later that evening, the couple set the stage alight with stunning dance performances. 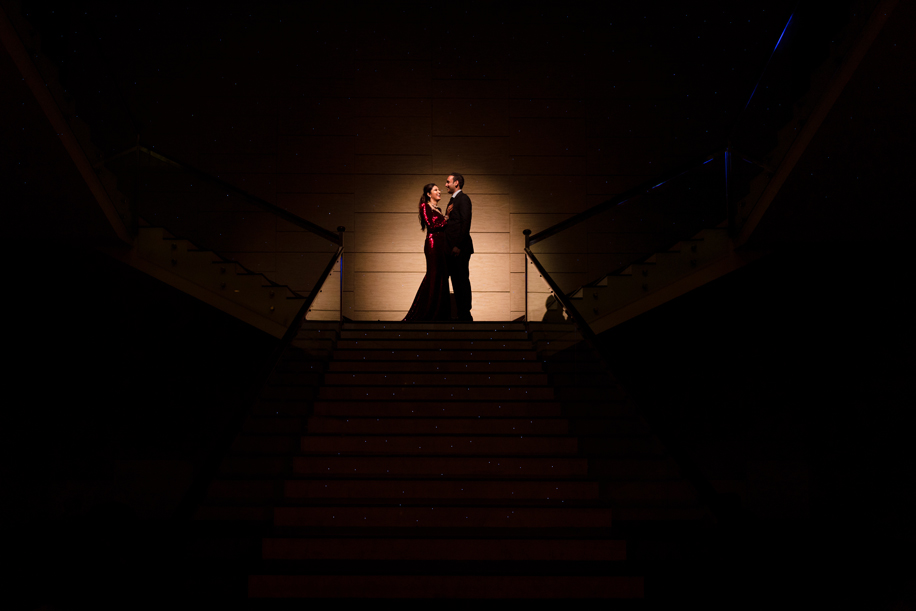 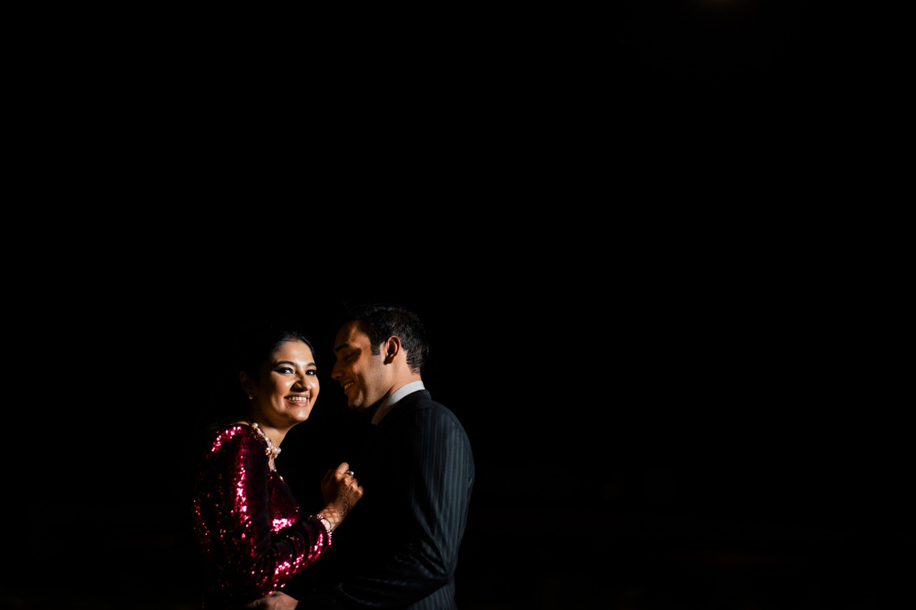 For their wedding, Anam, a stylist by profession and founder of The Label Bazaar, wore a beautiful lilac and gold outfit with a purple dupatta. The groom looked dapper in a beige and gold sherwani. The couple chose all things red and gold for their decor, with glistening chandeliers and fresh red roses brightening up the venue. Sania wore a royal green silk sharara from Raw Mango for her sister’s nikah. The couple then hosted an after party where the just-married bride kept things chic in a floral midi dress by Krsna Couture, paired with trendy white sneakers. 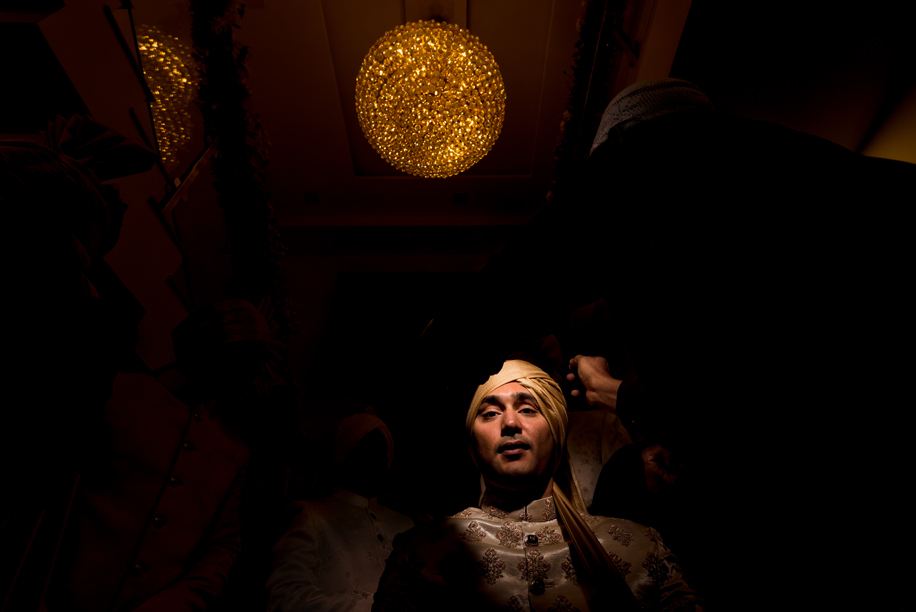 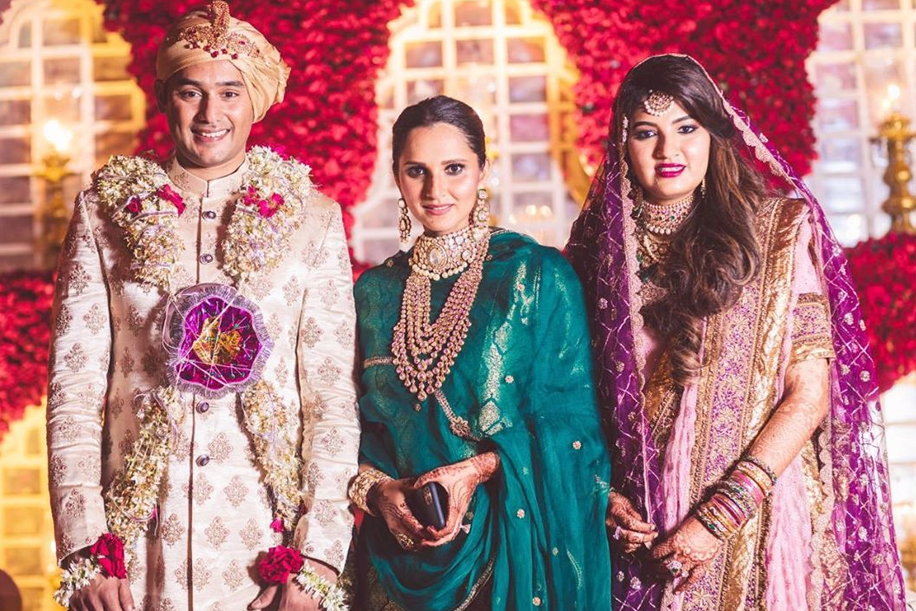 The newlyweds also hosted a star-studded reception in Hyderabad, where famous faces such as Telangana’s Chief Minister K Chandrashekar Rao, Sania Mirza’s best friend Farah Khan Kunder and Azharuddin’s ex-wife Sangeeta Bijlani were present. The couple gave the traditional outfits a miss at this event. Instead, the bride picked a sequined champagne-colored gown by Manish Malhotra and the groom wore a stylish black tuxedo. Sania looked equally stunning in a shimmering burgundy lehenga from Jade by Monica and Karishma. The decor was elegant and simple, with serene white blooms creating a magical backdrop and a towering five-tier cake, which the couple cut during the party. 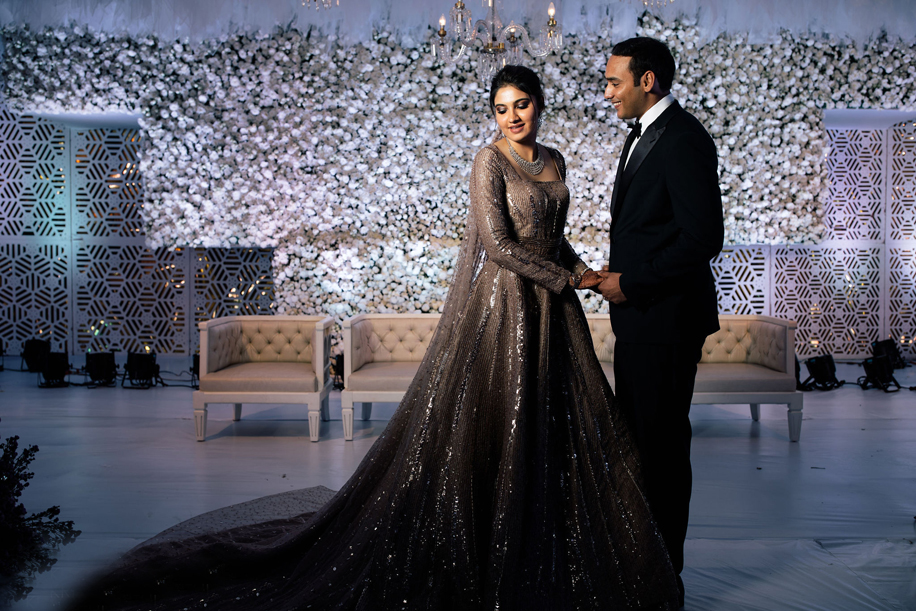