A charming palanquin entry, stylish decor and lots of authentic bonding between guests were key highlights of Anushri and Aditya's wedding.

They fought with each other in kindergarten – but destiny ensured that Cupid played his part when they grew up and fell in love. Anushri and Aditya’s romance seems like a Bollywood movie – and its happy ending took place at their Kanpur wedding which marked the start of their new beginnings together. The celebrations were planned by WeddingSutra Favorite – Plush Events, and the photos were captured by another WeddingSutra Favorite – Dipak Studios. Bride Anushri shares some highlights here. 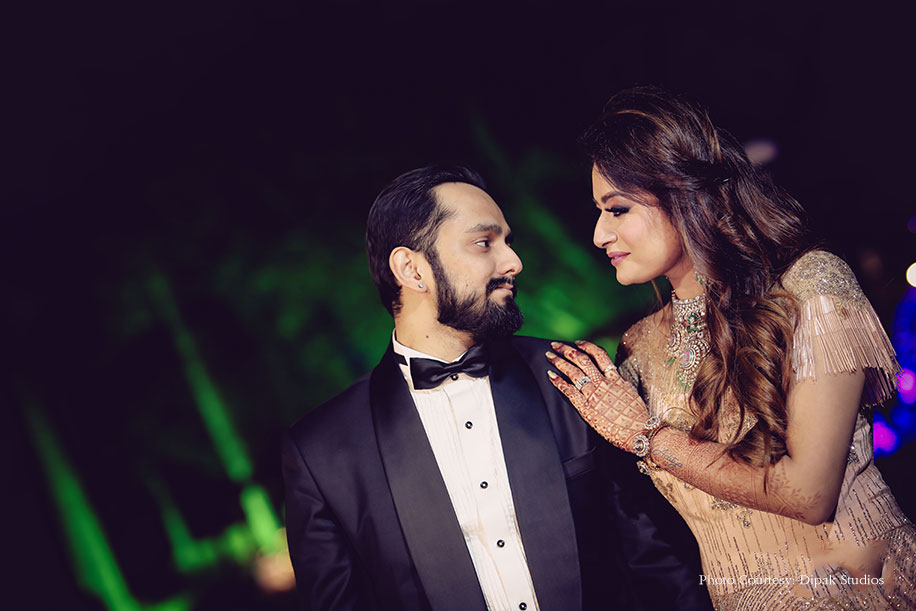 How They Met
“Aditya and I met each other in kindergarten where he would keep bullying me all the time, and I would complain about him to my mother. Our mothers have been in touch ever since. However, he and I lost touch since we moved to different schools. College brought us back together, and our conversations never seemed to end. Both of us felt very strongly towards each other but at the time we were very shy, so we mainly communicated via text messages. Sometime later we lost contact once again due to a misunderstanding, but for the next six years neither of us could move on successfully. In September 2018, we decided to see each other again, cleared the air and confessed our love for each other. Looking back, it truly feels like we were meant to be together.” 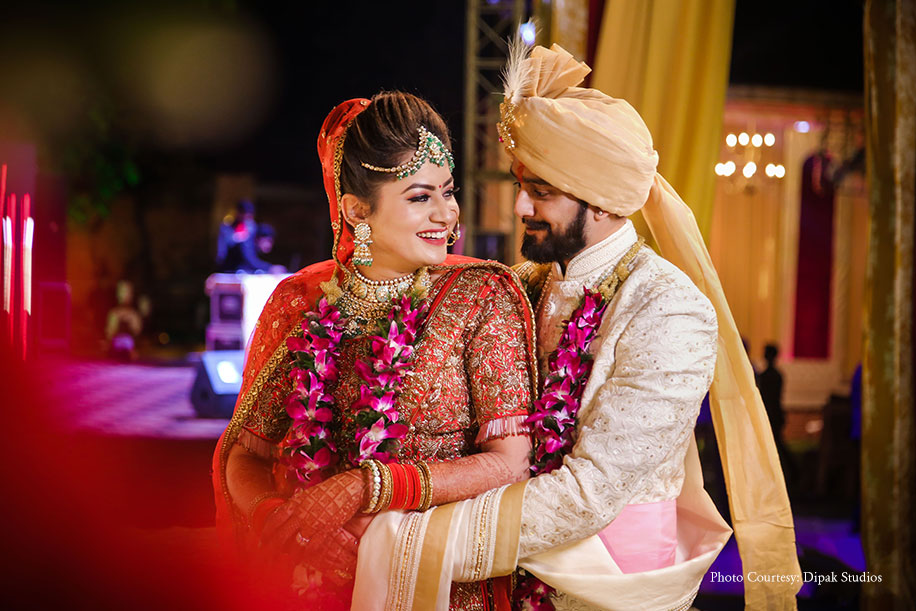 Wedding Venues
“We chose the venues for each of our functions very carefully, and the wedding festivities were spread across three Kanpur properties, namely Cawnpore Club, Status Club, and Orient Resort.”

Wedding Planning
“Our wedding was planned by Plush Events, and it was wonderful working with the team. They were very approachable and understood our requirements and dreams perfectly. Their execution of our vision was flawless, and we could not have been happier about choosing them. We highly recommend working with them.”

Sangeet
“Lots of floral arrangements and fairy lights set a romantic tone for our sangeet. The function exuded an unmissable cheerful vibe and saw several dance performances by our near and dear ones. Aditya and I were made to sit on a pretty swing, and the stage featured a large LED backdrop that displayed visuals that were in sync with the songs for the night.” 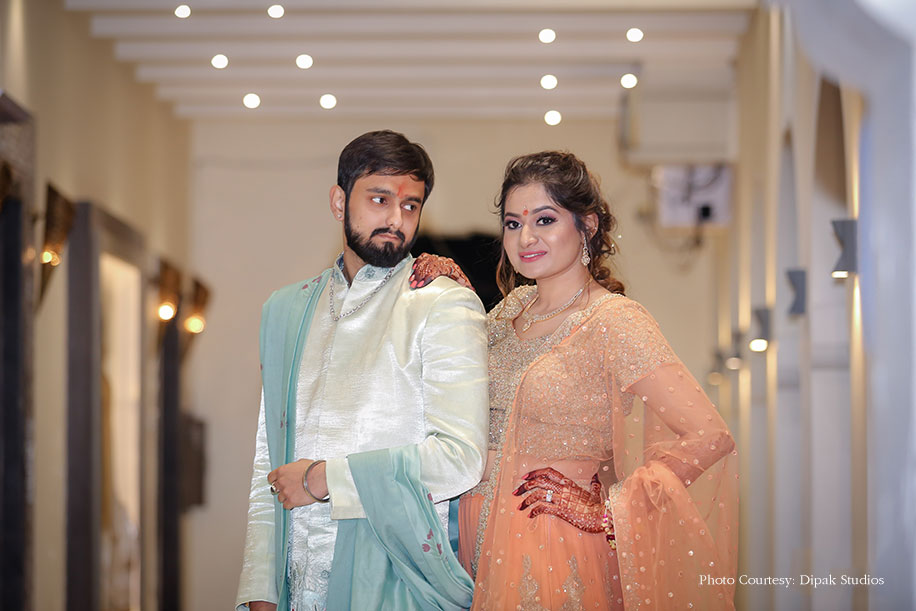 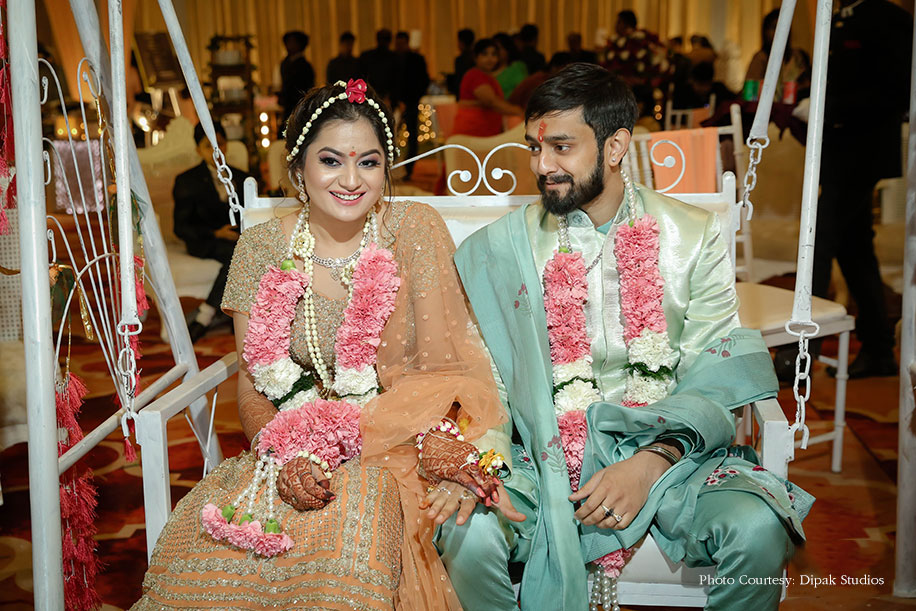 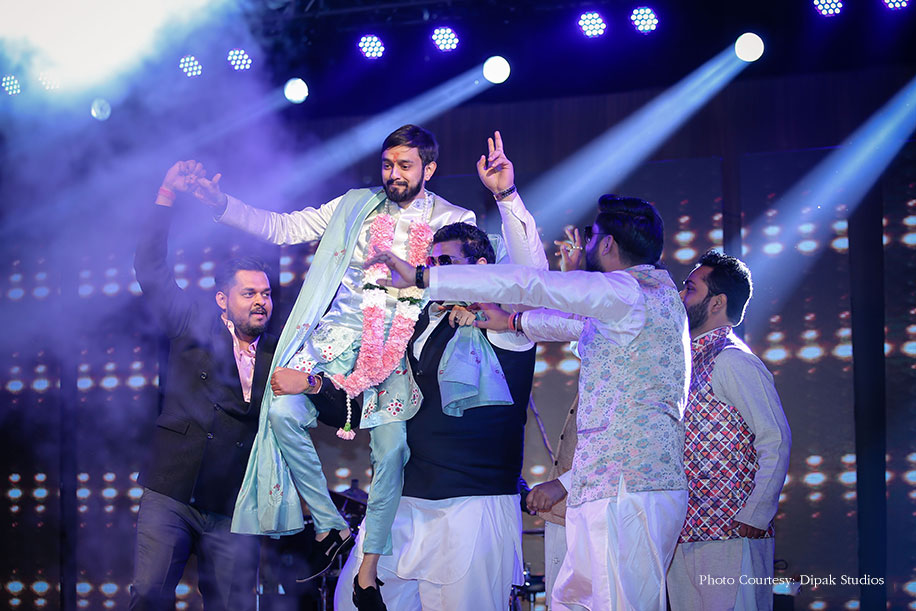 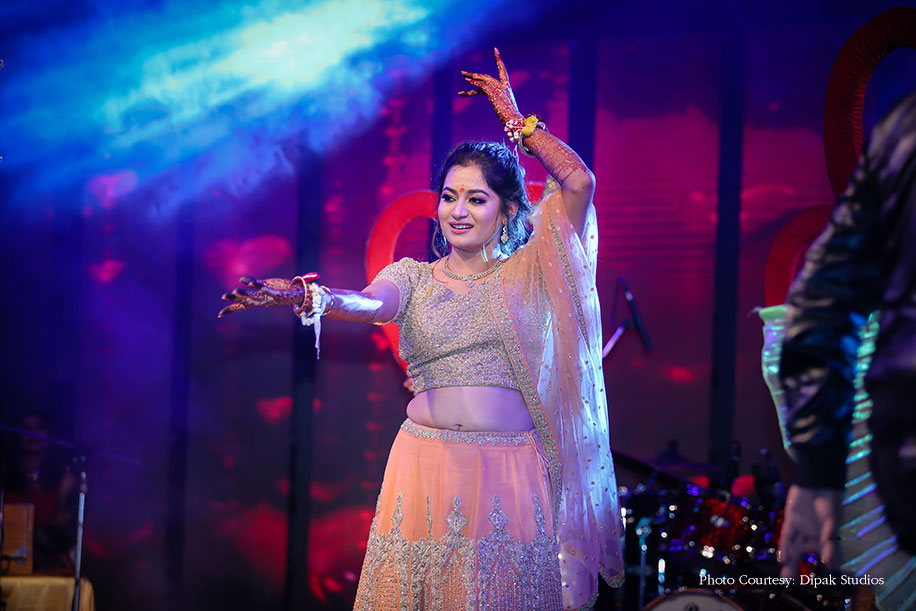 Wedding
“Morocco with its splendid Middle-Eastern aesthetics was the inspiration behind our wedding decor. Lamps, candles, and floral arrangements all came together seamlessly to create a striking setup. I entered the venue on a palanquin wearing a traditional red ensemble while Aditya chose to don an ivory and gold sherwani.” 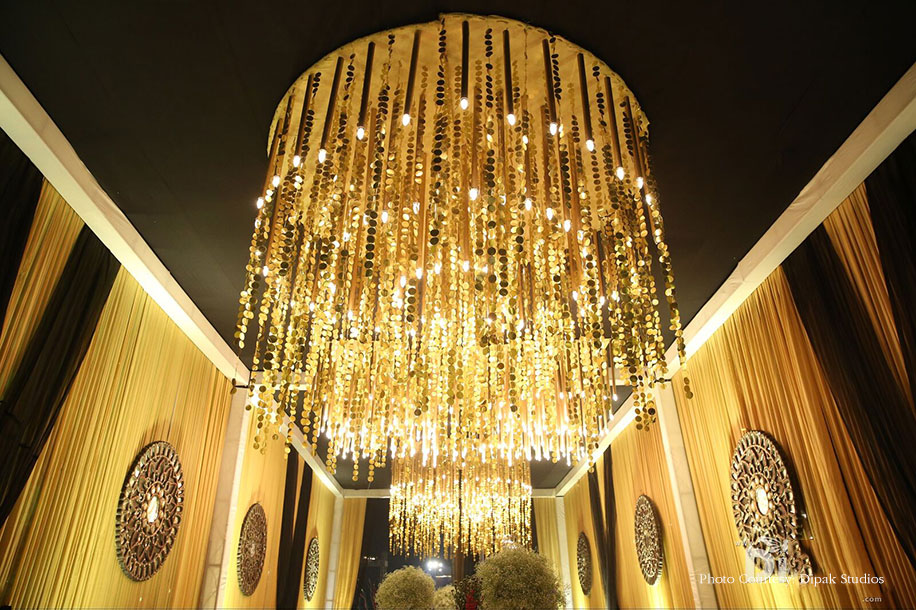 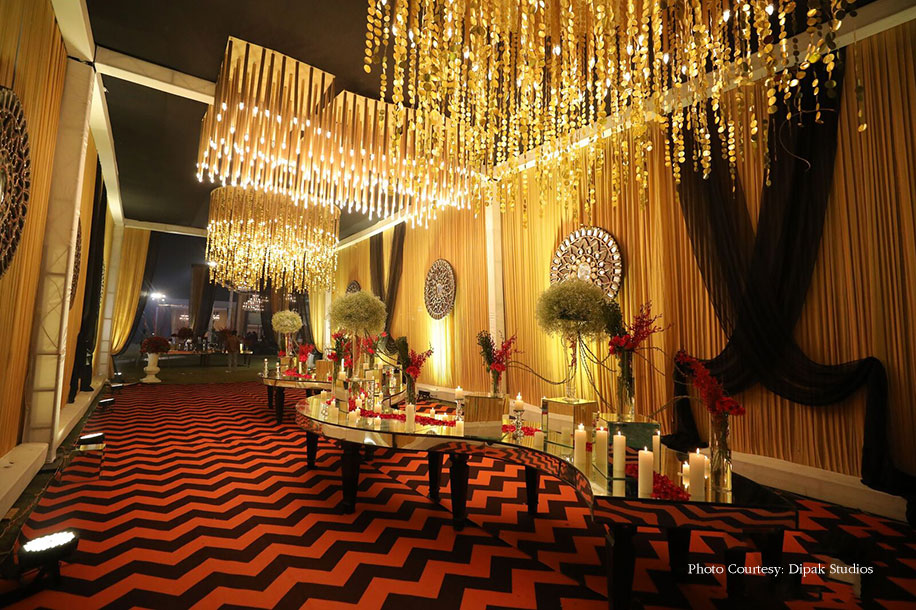 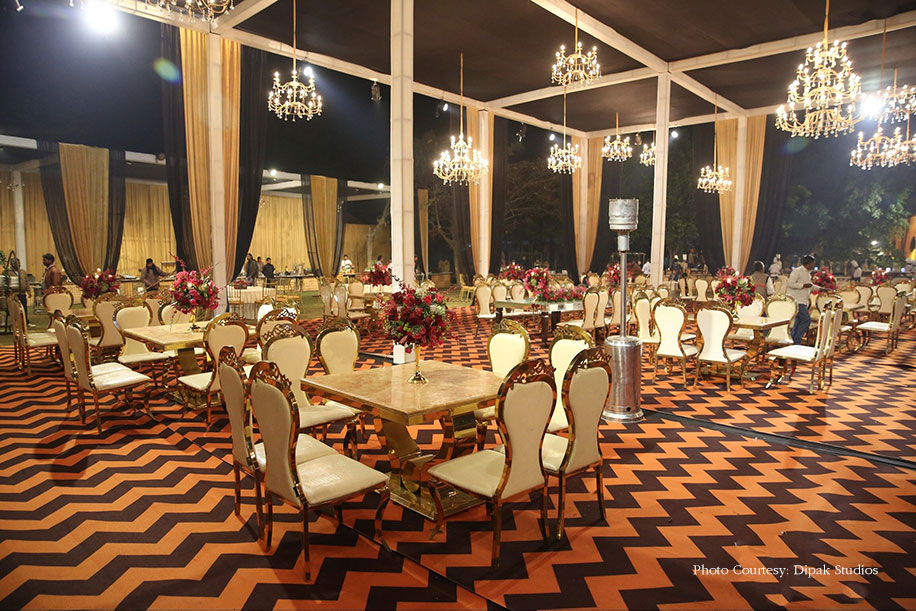 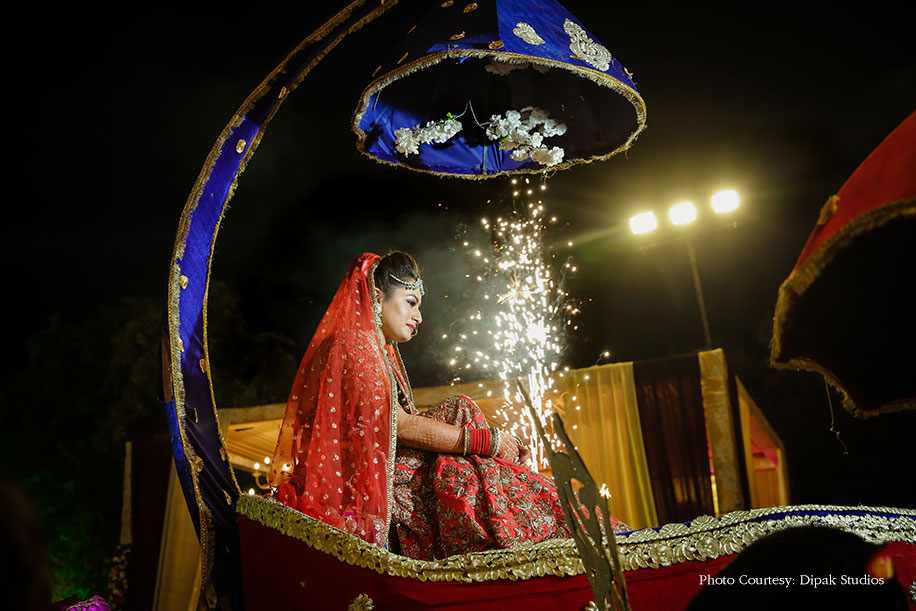 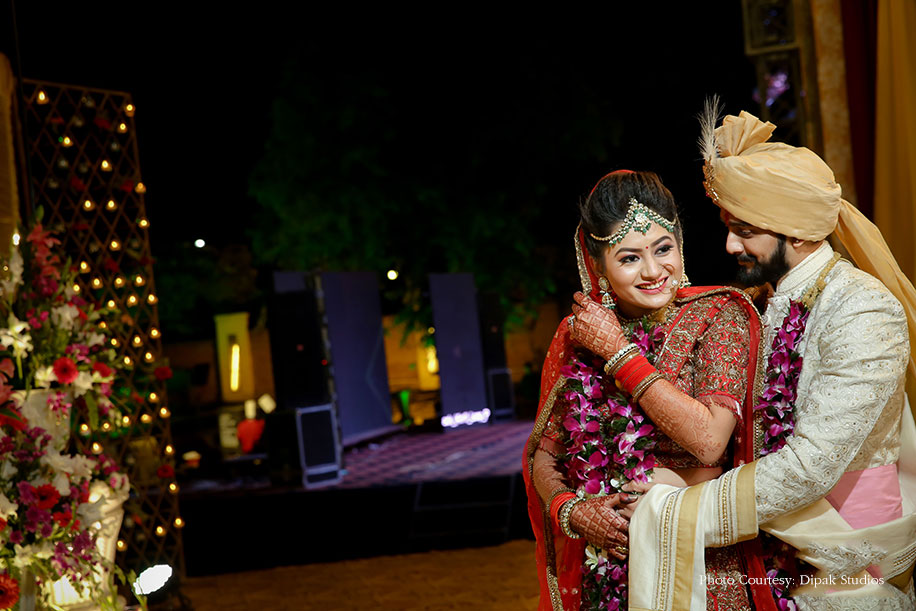 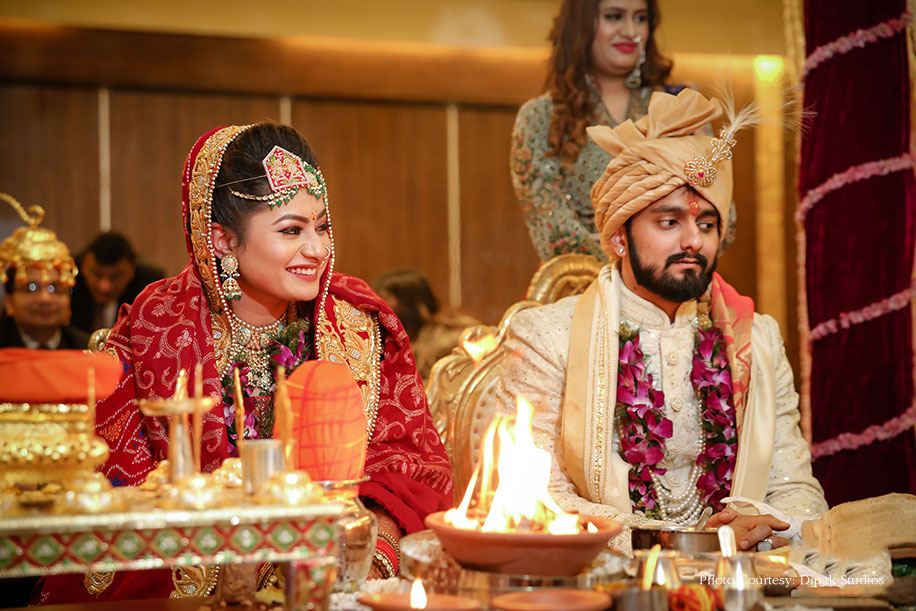 Reception
“Our reception was influenced by modern trends and contemporary decor. Gold and black were the colors that dominated the setup for the night, and plenty of bulbs casts a warm glow on the arrangements and added a magical touch to the environs. Keeping with the spirit of the occasion, I wore a voluminous peach gown, and Aditya looked dapper in a black tuxedo.” 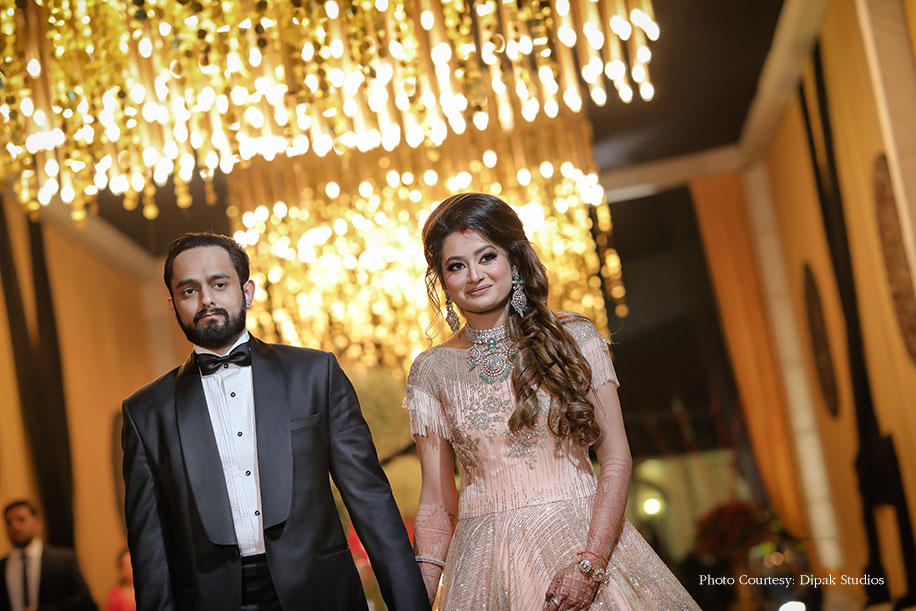 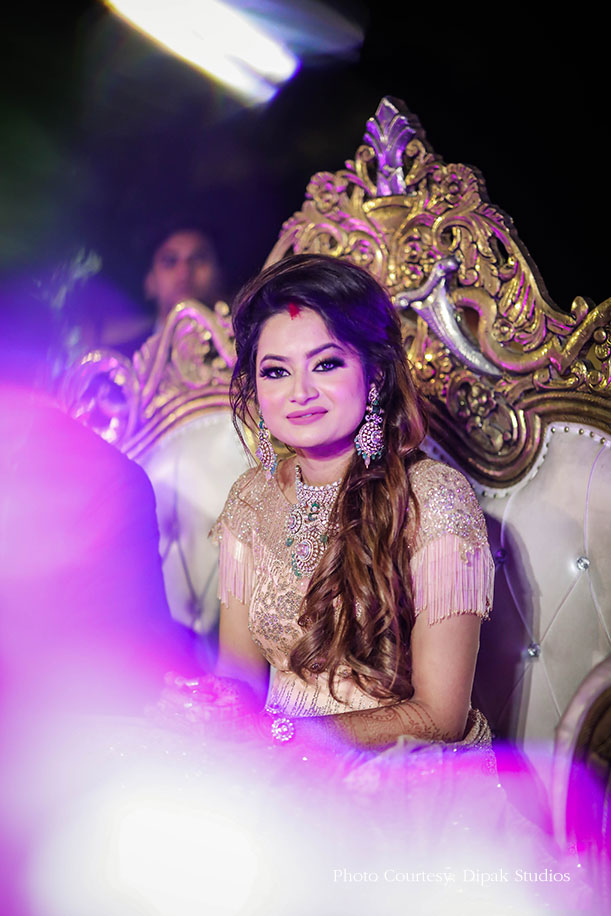 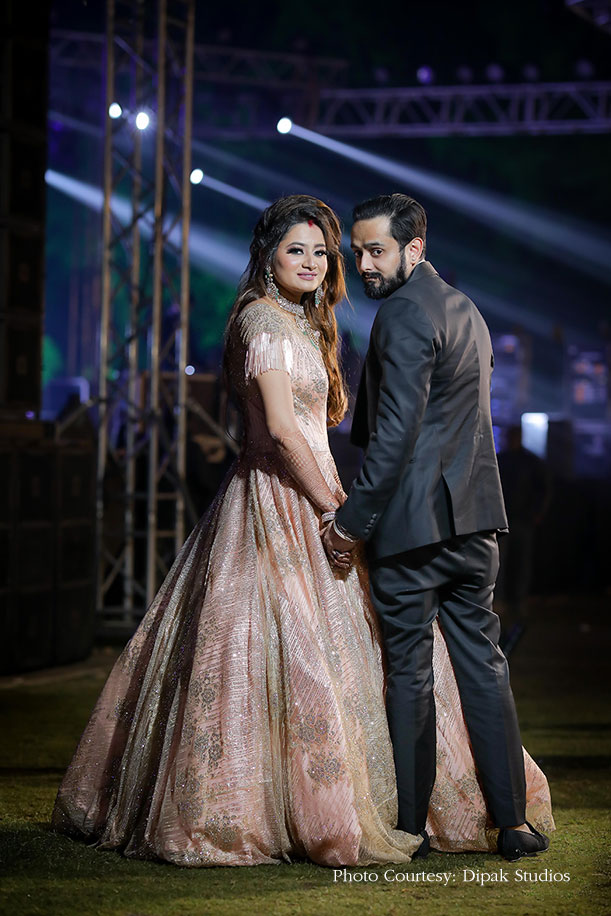 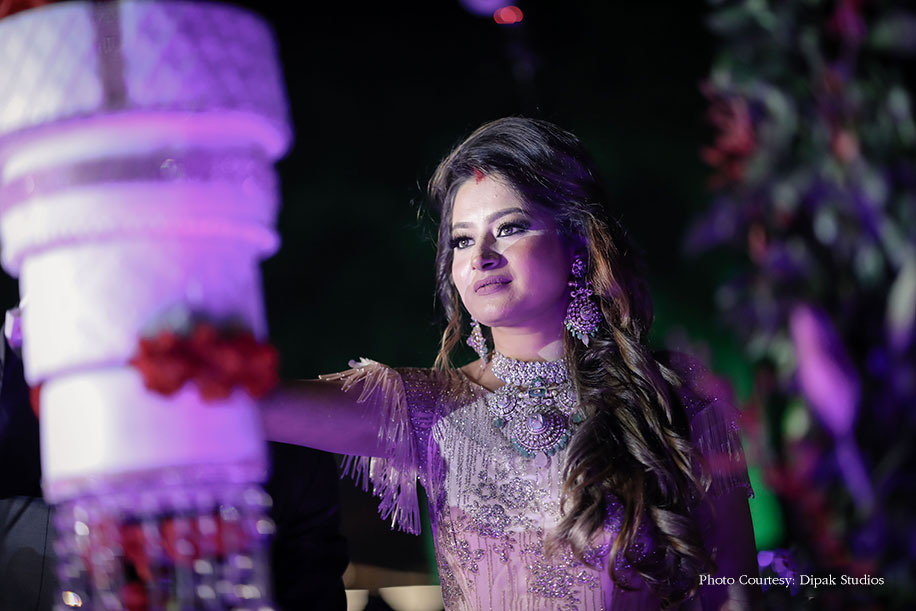 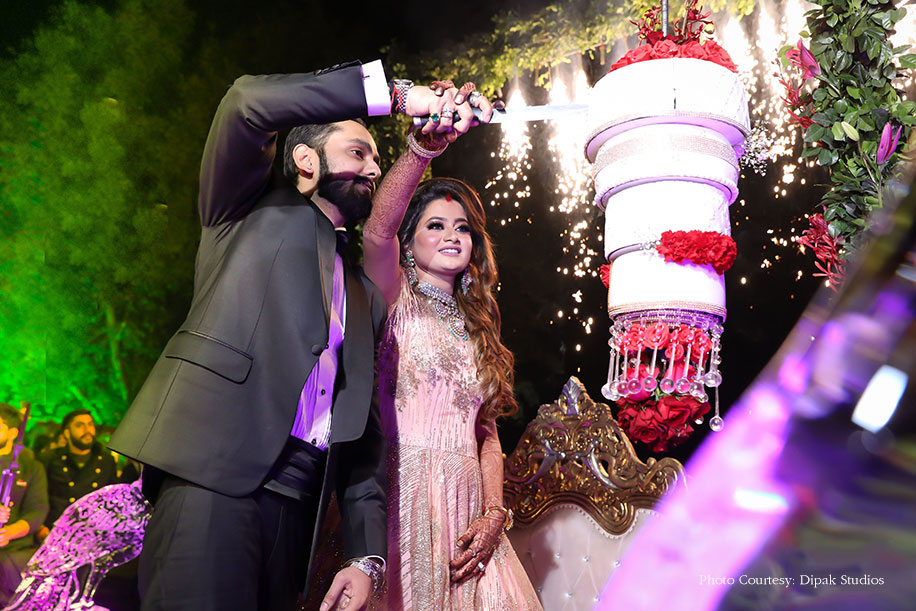 Advice For Couples
“Your wedding is going to be one of the most emotional occasions not only in your own lives but also in the lives of your loved ones, and it’s a celebration that you’re going to witness only once. So bask in the love that your closest are going to shower on both of you with and enjoy as much as you can with all of them.”