Surrounded by swaying eucalyptus trees, and held under the clear blue sky, this tastefully executed fusion wedding was mirthful in South Indian tradition and color.

Dipped generously in simplicity and tradition, Bindhu Holavanahalli and Joseph John’s Bangalore wedding expressed their personalities. Surrounded by their loved ones Bindhu, an Indian based in Australia and Joe (Joseph), a Scott, tied the knot in a heartwarming South Indian ceremony photographed by WeddingSutra Favorite – Nikhil Shastri, who with their well-composed shots captured the true essence of their wedding. Wedding Venue
Hosted peacefully away from the hustle and bustle of Bangalore, the duo chose Royalton Leisure as their wedding venue. Surrounded by lush trees, equipped with sprawling lawns and with a versatile floor plan, this property allowed Bindhu and Joe’s creativity to run freely. Wedding Planning
Acknowledging the importance of adding a skilled wedding photographer to their team, the duo chose Nikhil Shastri, who with his heartwarming shots managed to capture each emotion that passed in between the two families. With each picture, the team expressed the joy that every attendee experienced as they interacted and witnessed Bindhu and Joe’s glorious union. Taking their duties a step further, the photography team also accompanied Bindhu’s Australian friends on their shopping spree where they explored and chose their Traditional Indian wedding outfits. 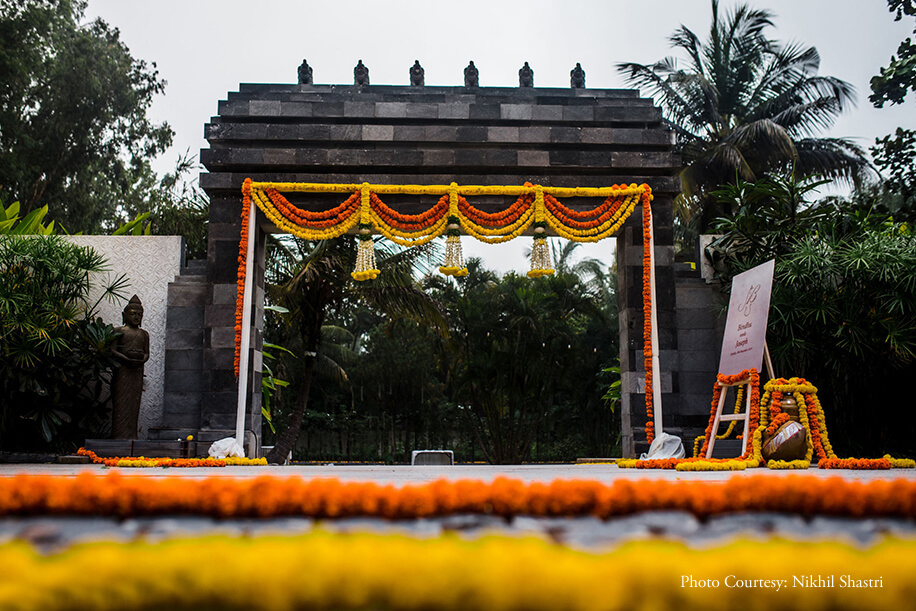 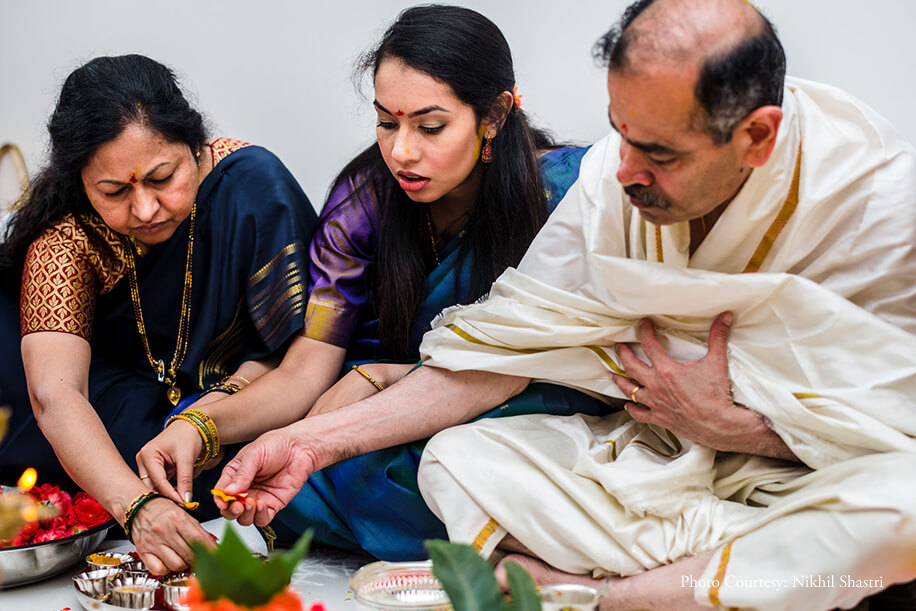 The bride shares a solemn moment with her parents as they offer the deities their prayers. A little turmeric always adds that extra bit of glow. 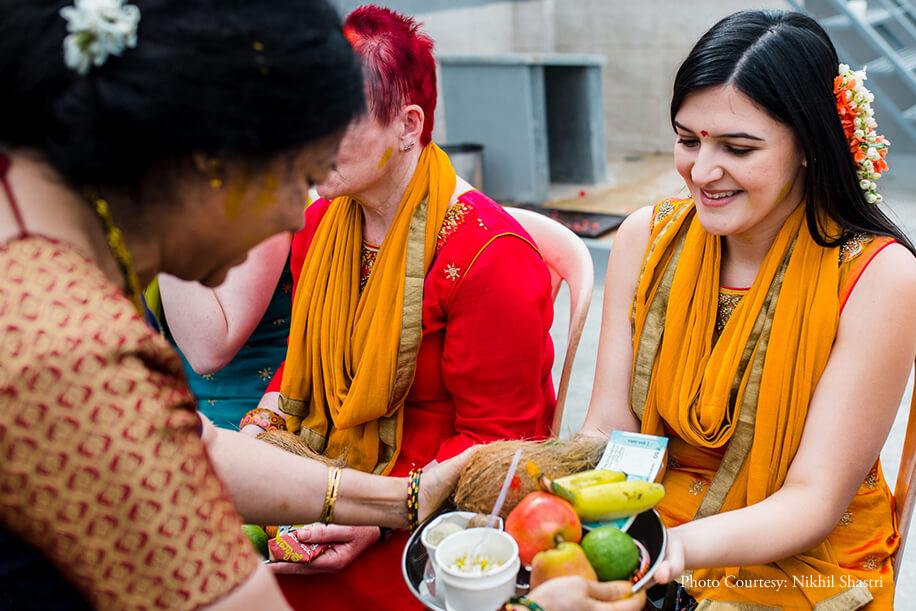 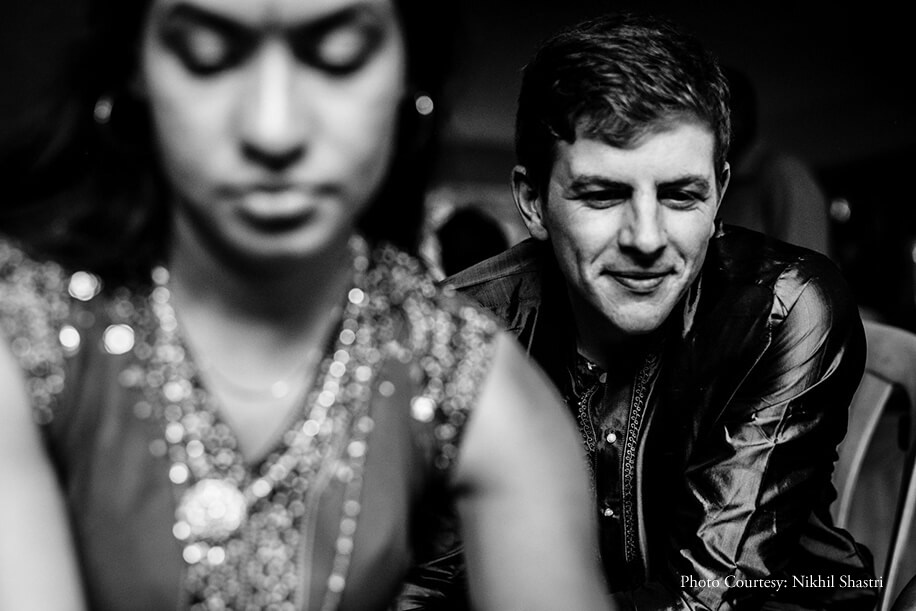 The groom looks on as his bride get’s henna patterned on her hands. The bride’s all smiles as she gets ready for her big day. 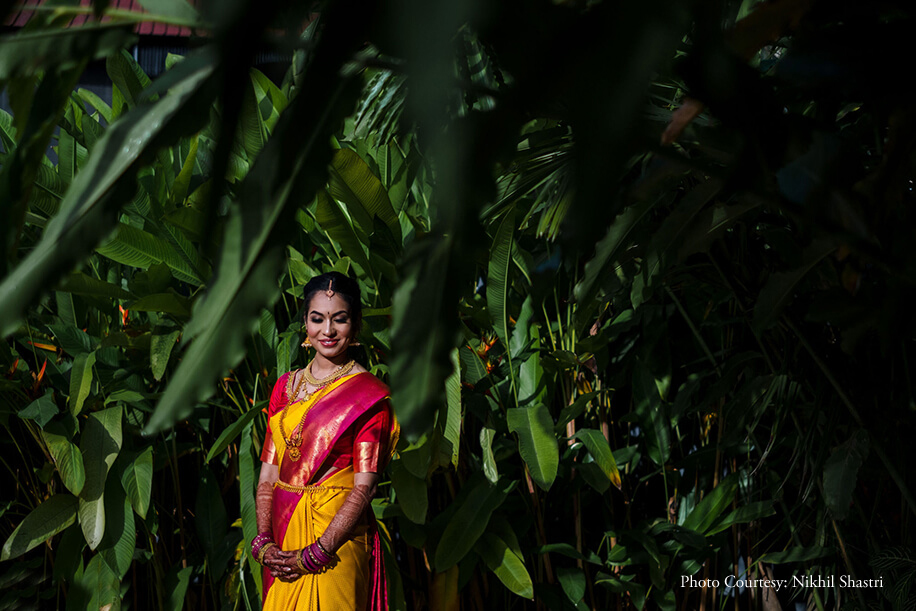 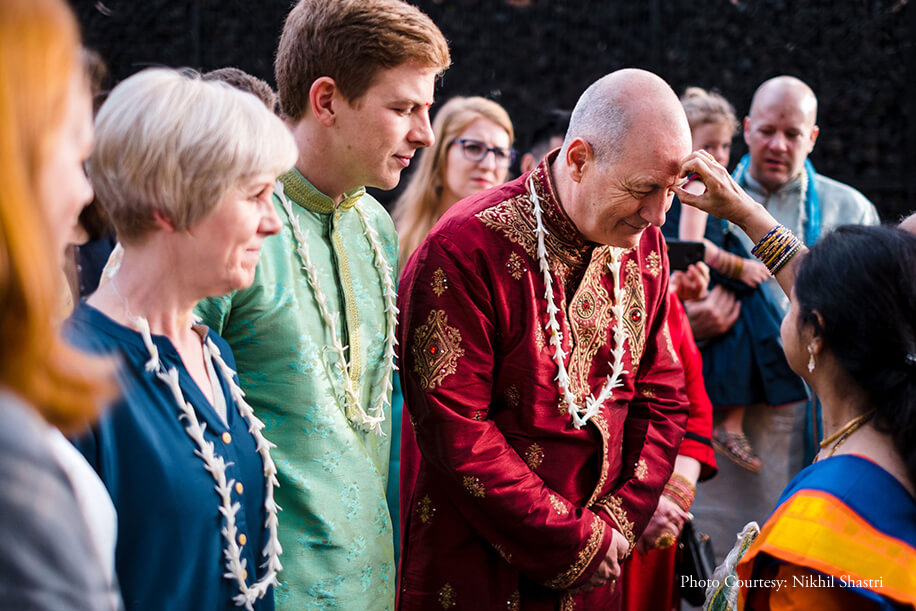 The in-laws get a traditional welcome from the bride’s side. 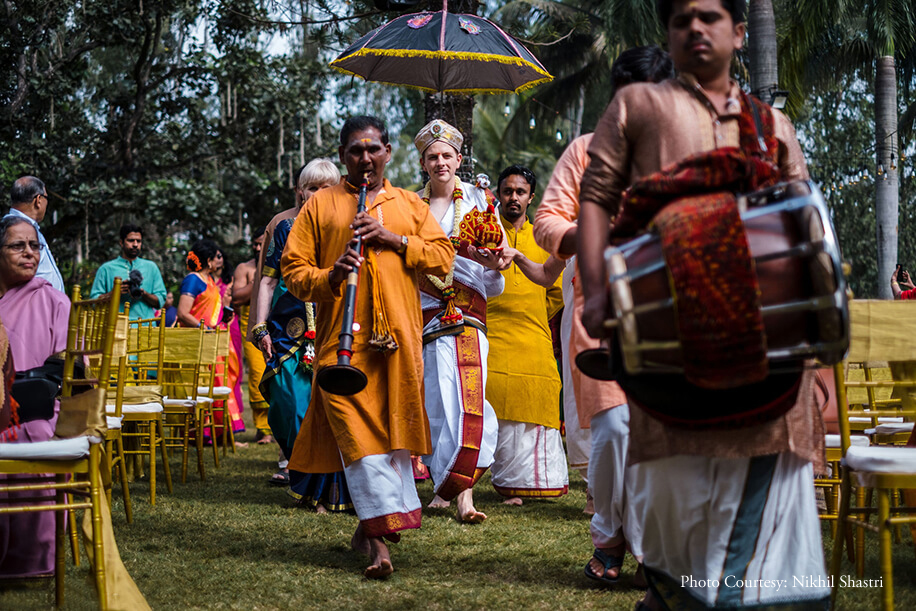 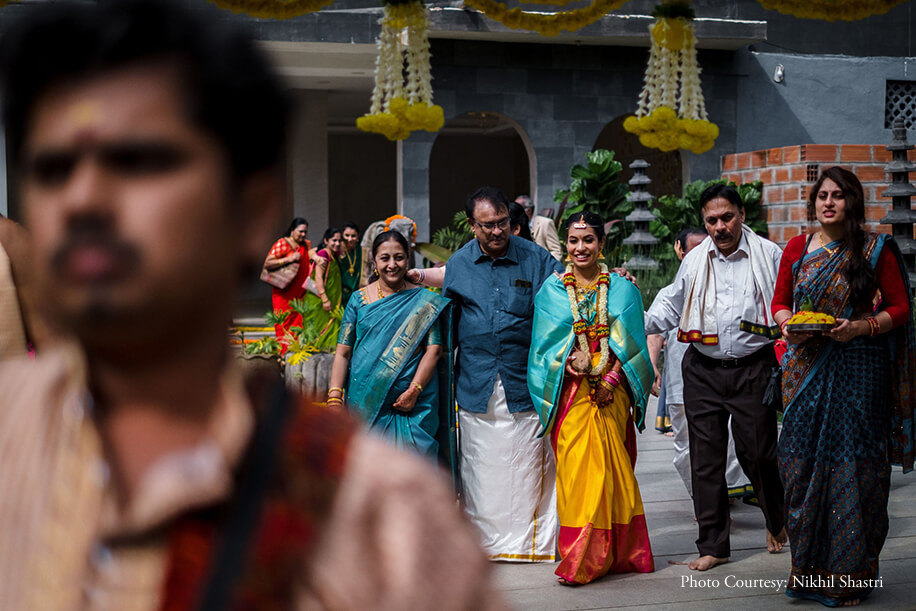 Nikhil Shastri captures the electric anticipation between these two in this beautiful shot. Sealing the deal with a smile and a mangalsutra. Bindhu is greeted by a happy hug at her first evening as a newly-wed. When you wear a lehenga, it’s most essential to twirl prettily in it! The newlyweds enjoy their first evening as man and wife. Bindhu can’t help but get emotional as her friends raise heartwarming toasts to them. An adorable moment between the groom and his mother-in-law. Ending the celebrations on a Scottish note.. Joe cuts a dashing figure dressed up in the traditional Scottish kilt.