After a wedding proposal in New York City, Ishan and Tanvi’s wedding had to be nothing less than a modern fairytale. Here, they share with us images of their big day and fill us in on all the details. 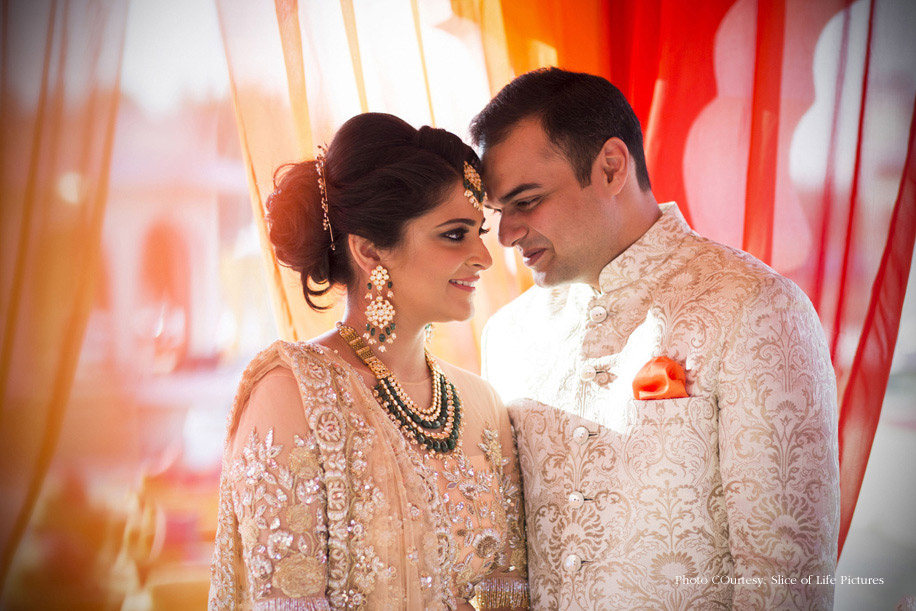 Ishan says, “I quickly realized that it’s difficult to keep secrets from Tanvi. The only way I could really surprise her was by hiding the small details while planning the proposal. She once mentioned her favorite city to me and told me all about a friend who lives there.

I planned everything so she didn’t know till the day arrived. We were ready with our bags packed and she kept bugging me, asking me about the destination. For some reason, while I was talking to her, I let it slip that we were going to have a pre-immigration check at Abu Dhabi. And the first thing Tanvi does is check which countries have pre-immigration checks at Abu Dhabi.”

Tanvi grins and says, “After that, I was sure we were going to the US. And if we’re going to the US, it’s going to be New York, because that’s my favorite city. Once we were there, he decided to take me out to dinner in Brooklyn. I went to get ready and when I came out, there was a make-up artist waiting for me. Ishan then disappeared somewhere for an hour and came back only to leave this note, which said, ‘I know that you know what’s happening, but that doesn’t mean I’ll make it easy for you!’ He made me go to all these different places in the city on a scavenger hunt. Finally, I reached the last spot that I liked and that’s where he popped the question! Even though I knew what was happening, it was the best surprise!”

Wedding Venue
Defined by its heritage and colonial charm, Vivanta by Taj Hari Mahal, Jodhpur is a stylishly designed 21st century fantasy palace with Moghul-inspired interiors. The hotel is a perfect synthesis of the charms of a bygone era and modern amenities and hence, the couple decided to tie the knot in this luxurious property.

Mehndi
The bride had an intimate mehndi function where she wore a gorgeous red and pink Anushree Reddy lehenga. The venue was decorated using exotic flowers with colorful drapes and interesting décor elements. While Tanvi flaunted her ‘bride-to-be’ sash, her girl squad wore their ‘bridesmaid’ sashes to complement the bride. The bride looked resplendent in her bridal ensemble paired with minimal jewellery. The groom opted for a coral kurta and a gold jacket. 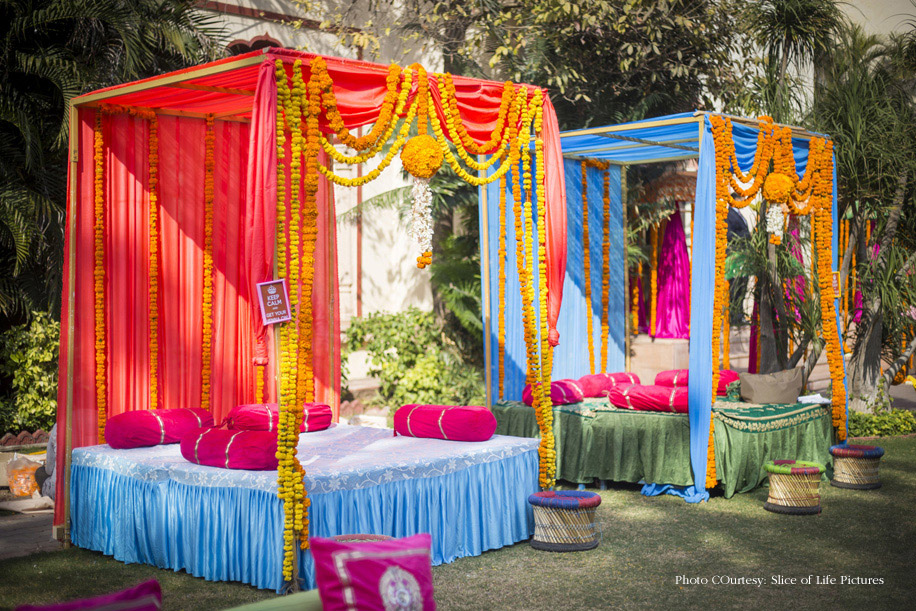 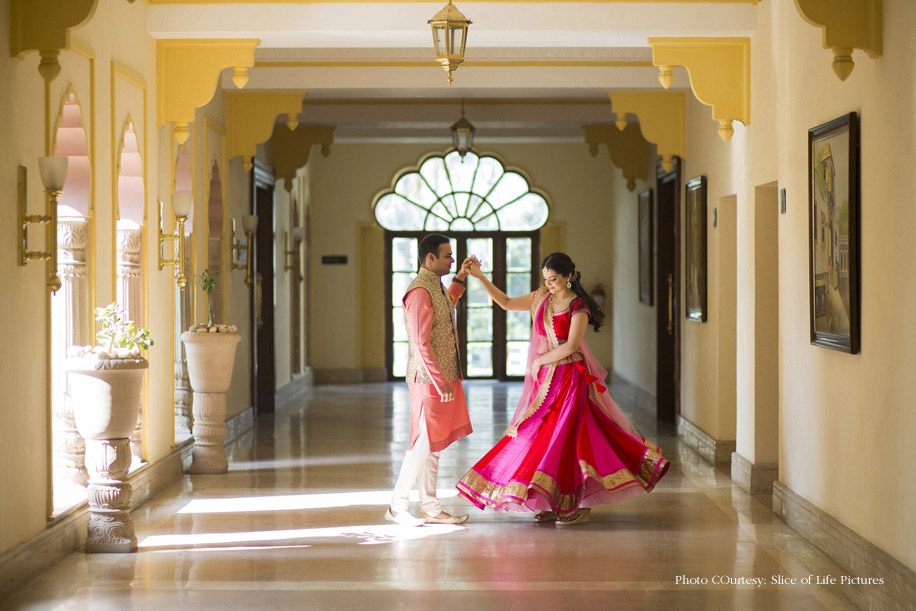 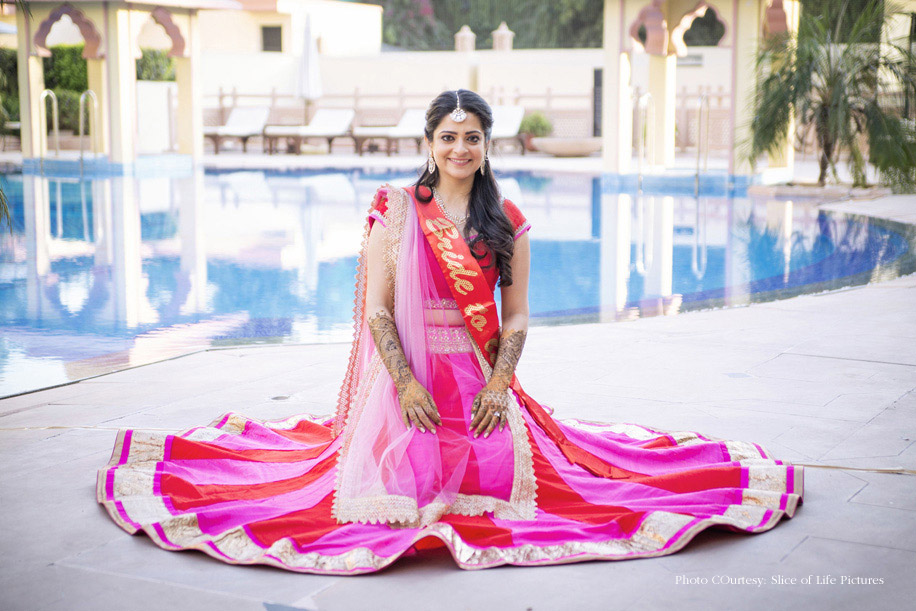 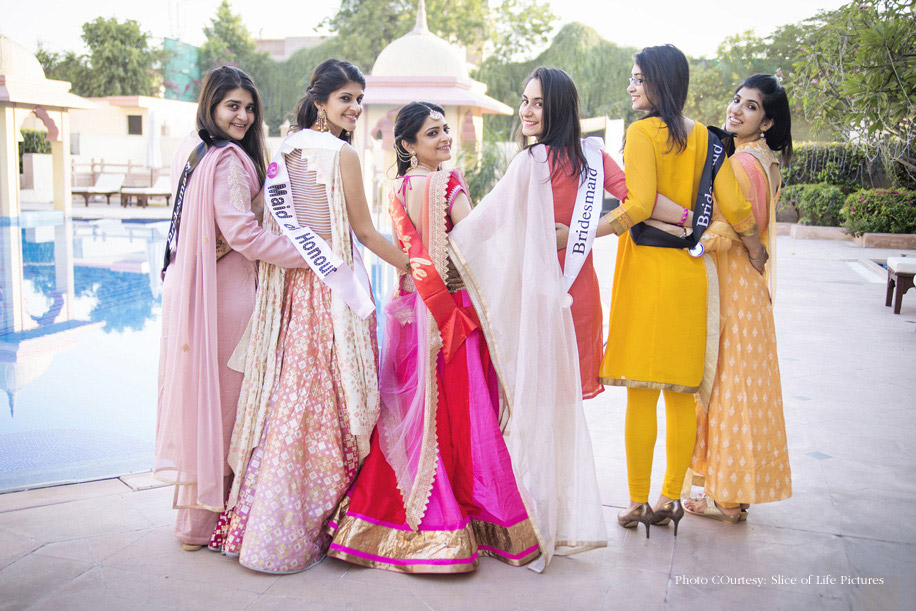 Wedding
They hosted the function in an outdoor space brought to life with vibrant decor. Drapes in red, orange, white and pink dotted the venue and floral arrangements were suspended from overhead. The color story was very soothing and ideal for a daytime event. Tanvi wore a beige and gold lehenga by Manish Malhotra, paired with a beautiful dupatta. To match the mood of the occasion, she added a pop of color with her bespoke jewellery. The groom complemented her in an ivory and gold outfit by Rohit Bal. 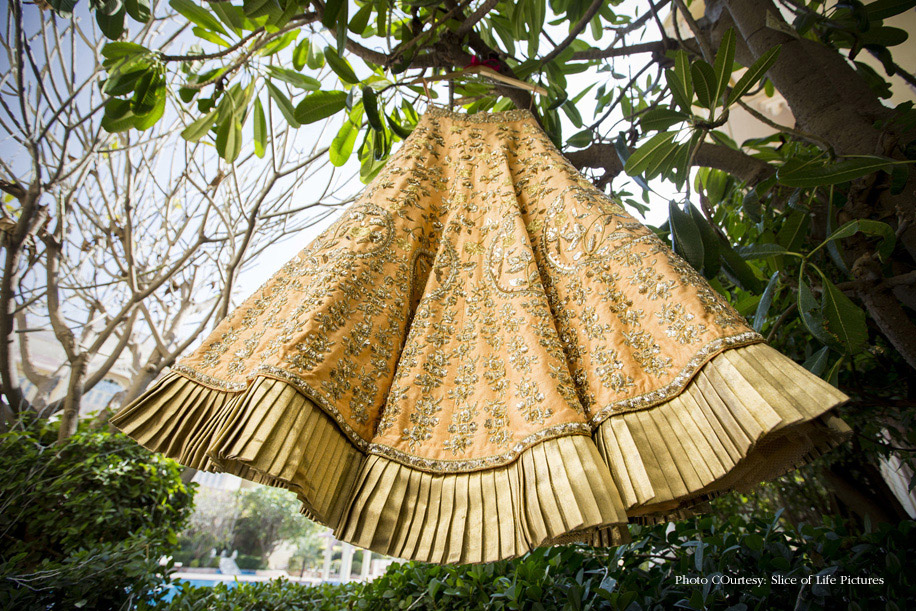 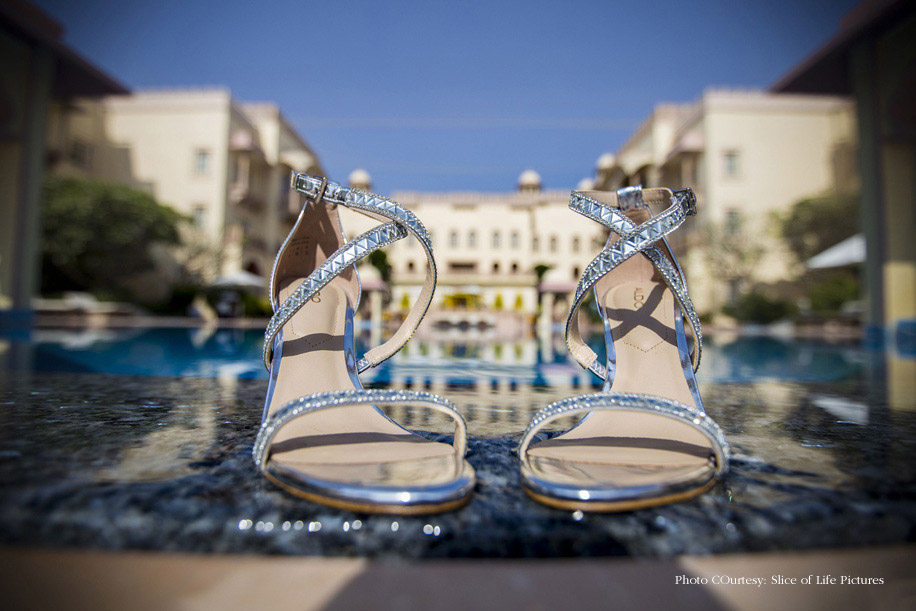 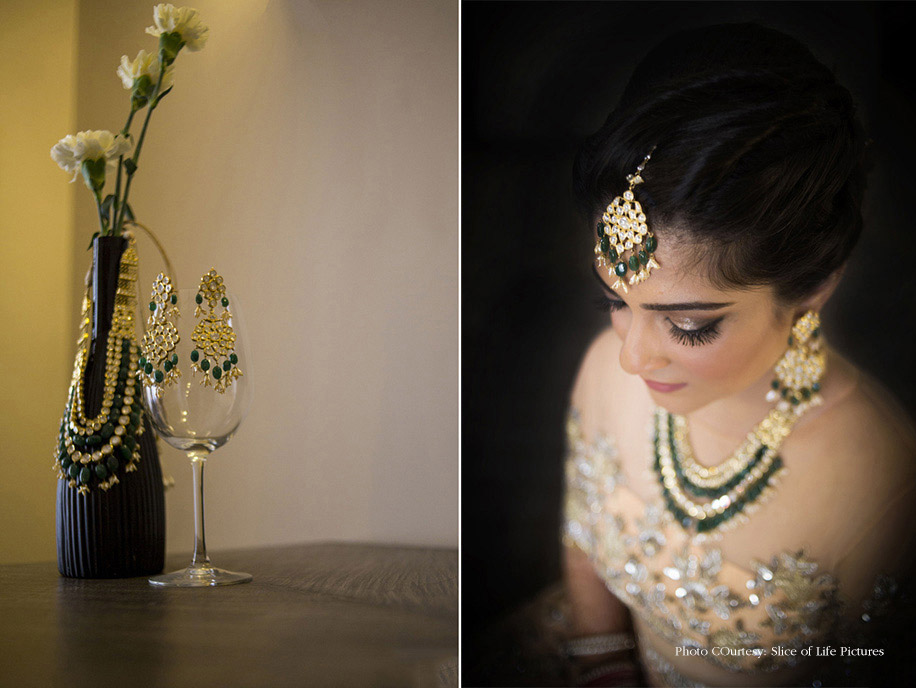 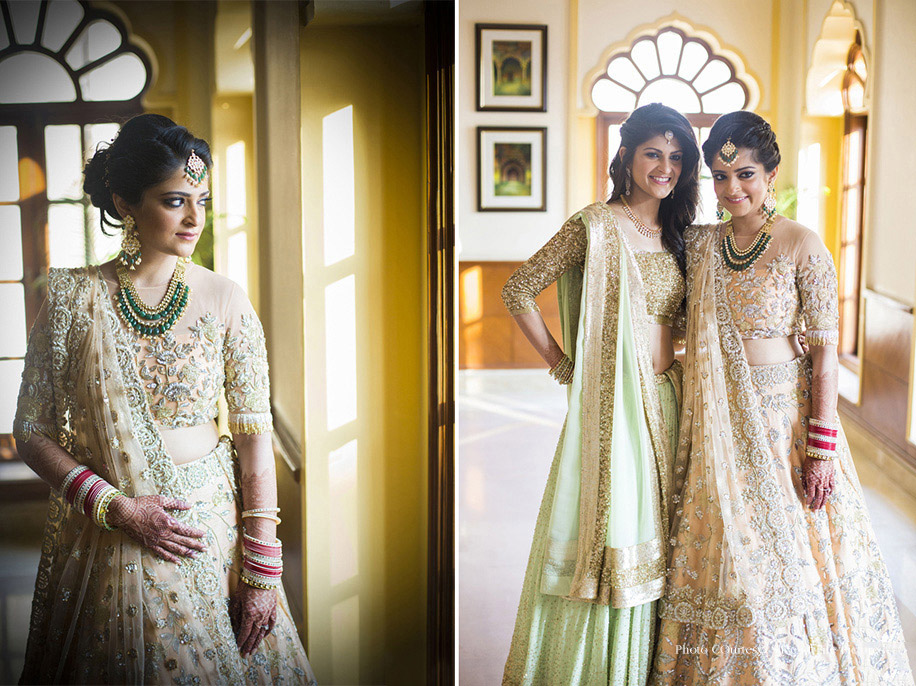 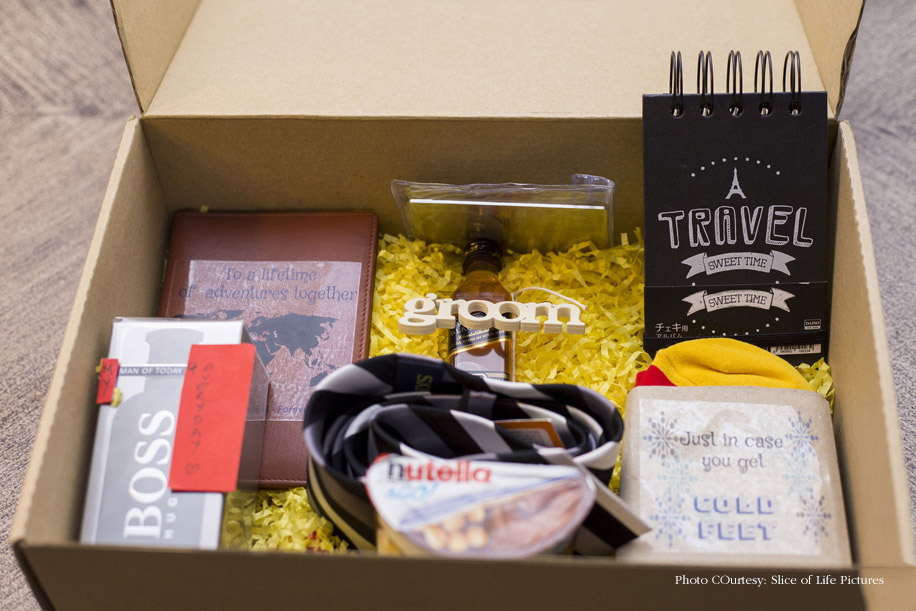 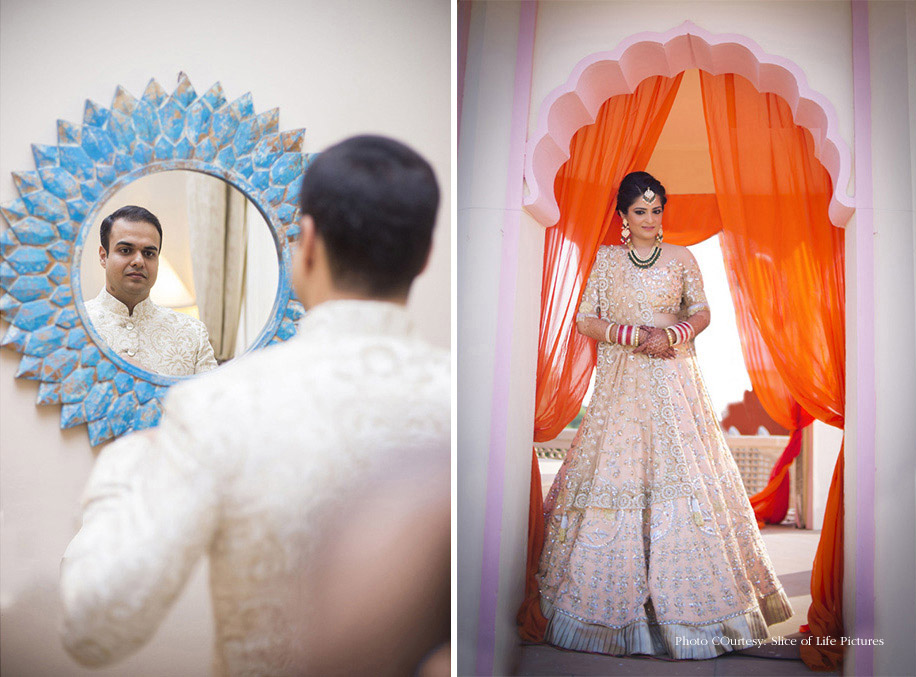 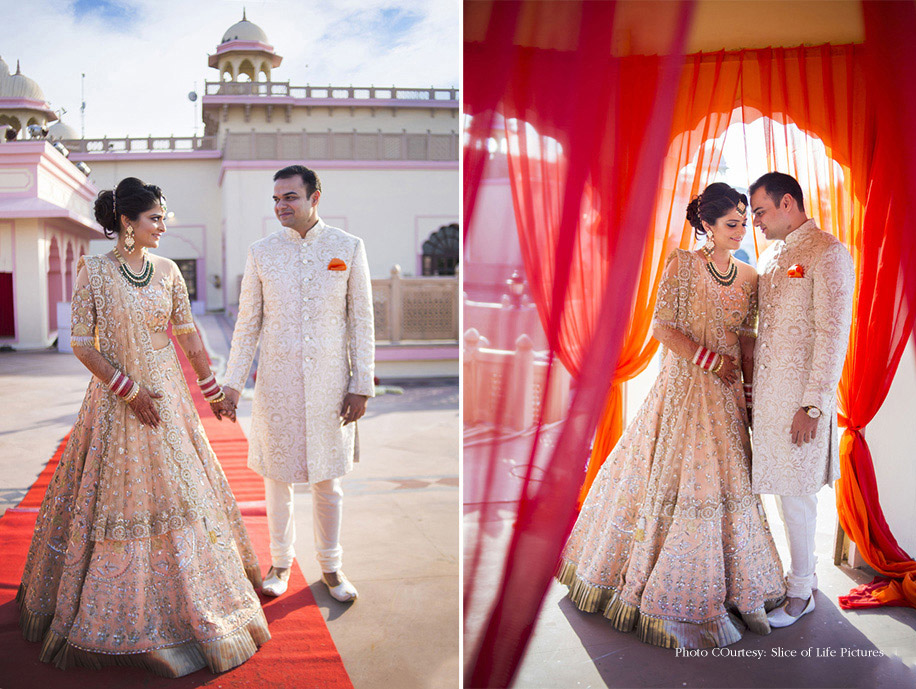 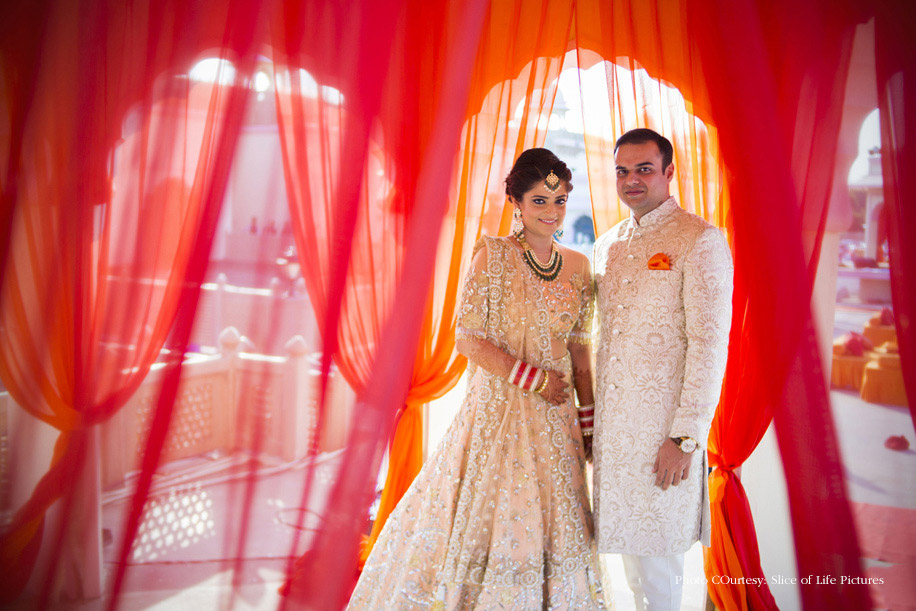 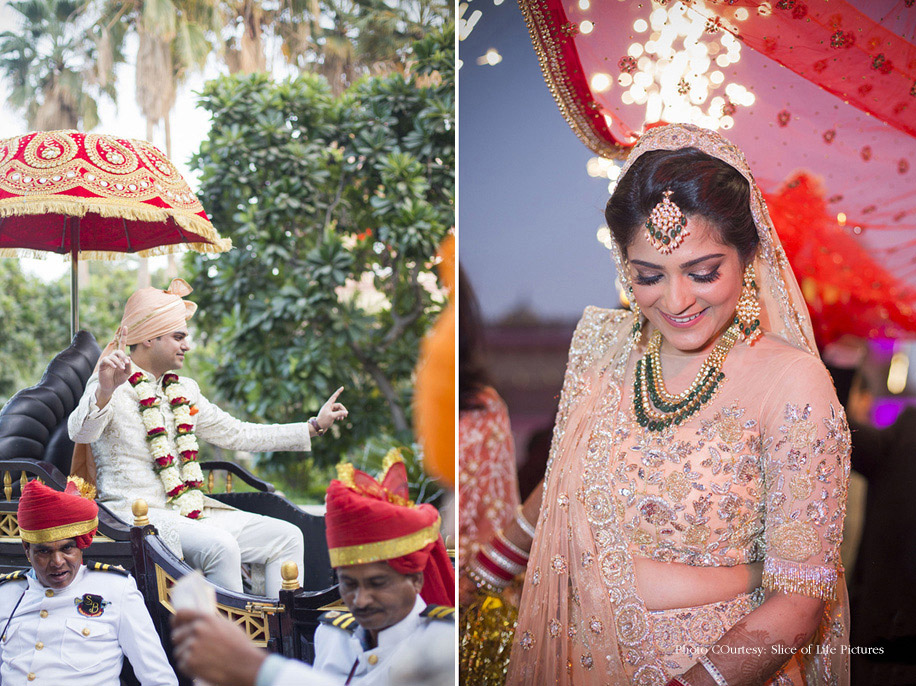 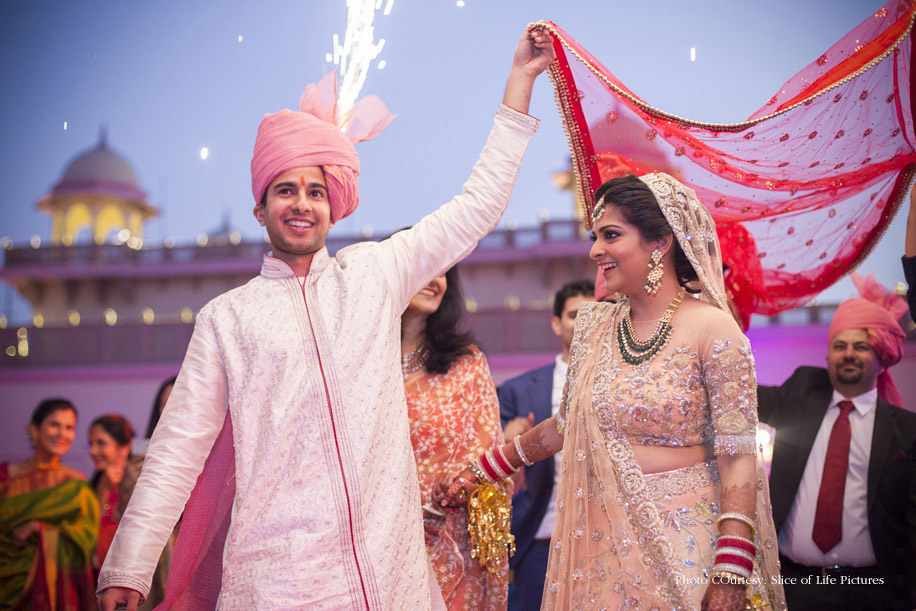