A lovely Bharatnatyam performance by the bride's granny was a highlight of Janhavi and Akshay's wedding. 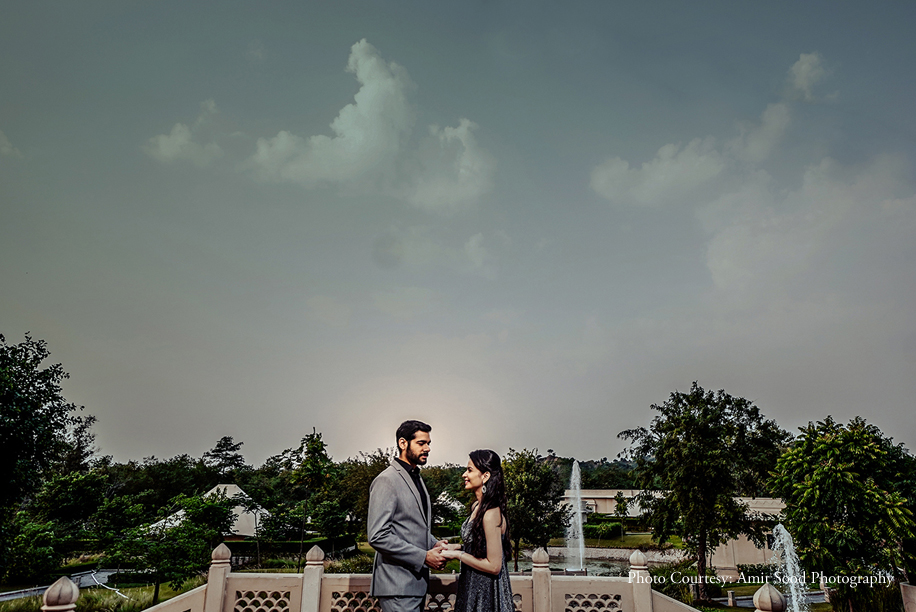 How We Met
“Akshay and I have known each other since he was 10, and I was eight years old. We grew up together and started dating in our teens. We are each other’s soulmates, and we feel that the universe conspired to bring the two of us together.” 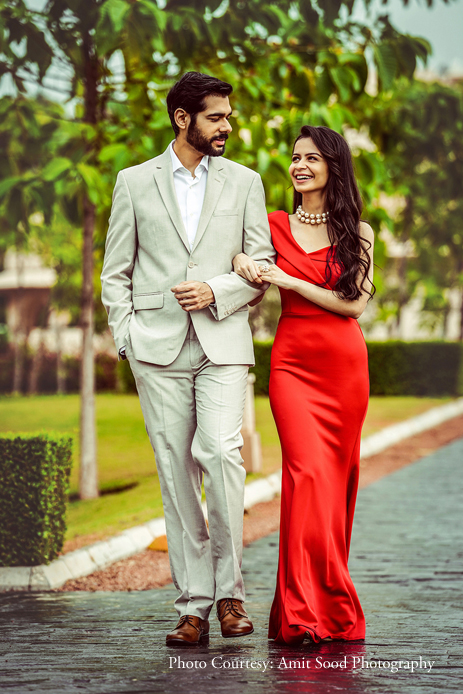 The Proposal
“The story of our proposal is at dramatic as our love story. On a pleasant evening in November 2018, Akshay invited me to his terrace on the pretext of a family dinner. To my surprise, the place was decorated with candles, and a path that led to a table with champagne was strewn with rose petals. Our favourite song was playing in the background to which he went down on his knee and popped the question!” 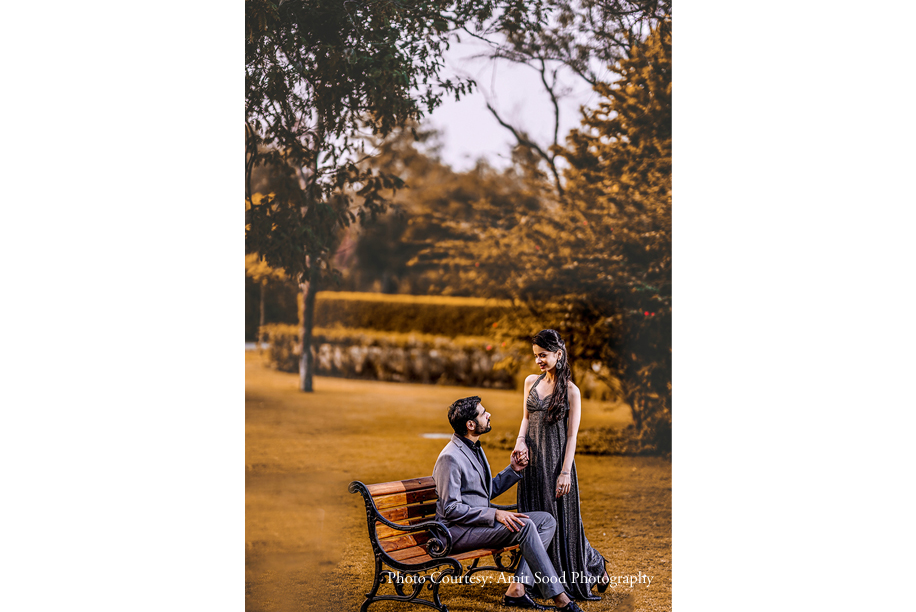 Haldi
The couple’s wedding functions began with the haldi ceremony that had a ‘Shades of Sunshine’ theme. An intimate function with only close loved ones of the couple attending, the function was hosted in the evening and included a high-tea soiree. 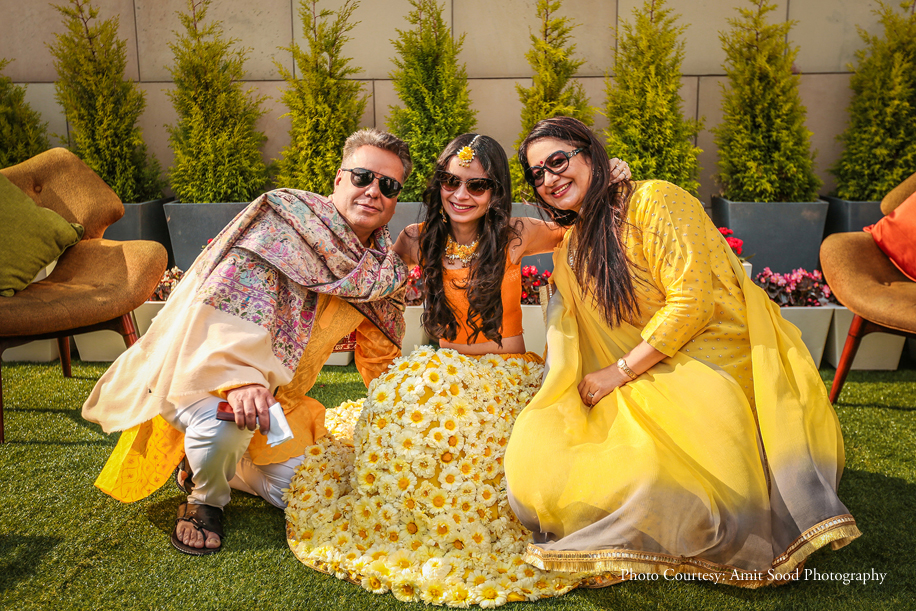 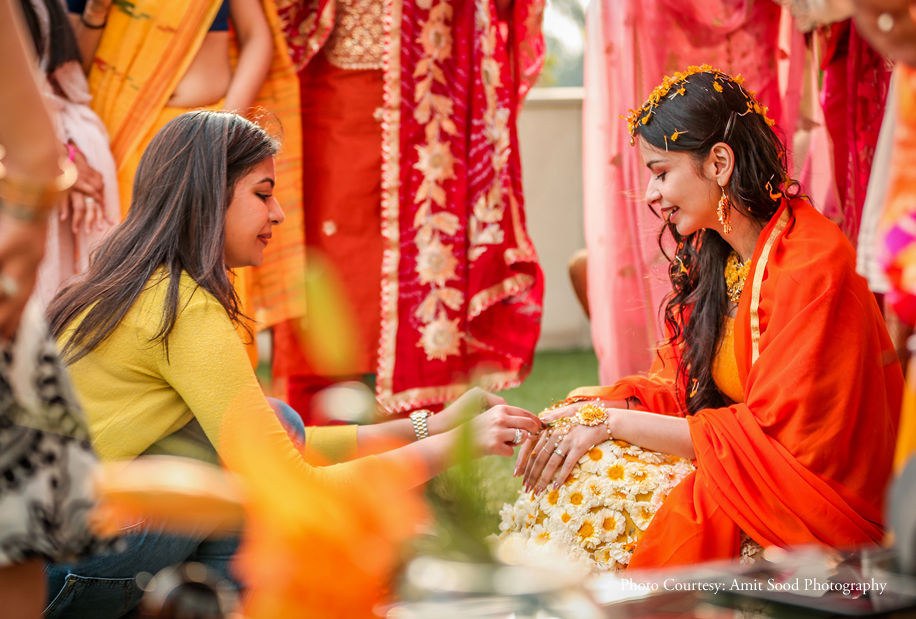 Mehendi
Although the bride had a mehendi ritual for herself and her girls squad on the day of the haldi, a more elaborate function was hosted the next day. With the gorgeous decor featuring accents in shades of yellow, the mehendi was all about everybody having the time of their lives, dancing and partying. Beautiful traditional hair ornaments and bangles were handed out as wedding favors. 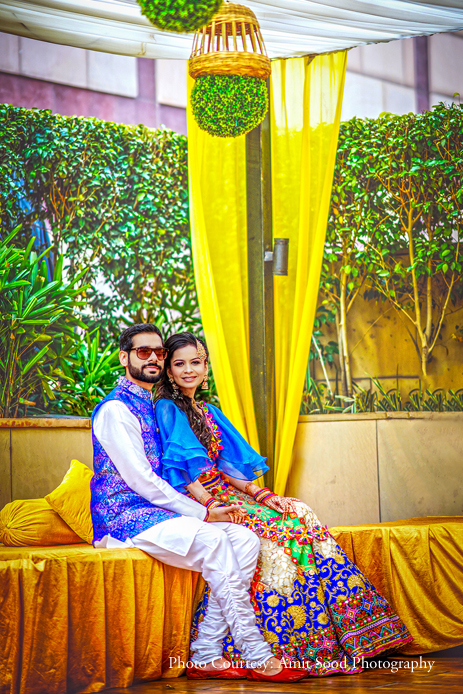 Cocktail
The mehendi was followed by a cocktail party. The party opened with Akshay’s speech where he spoke about his late father who was deeply missed by everyone at the wedding. The bride, being a published poet herself, recited a poem for Akshay who played their favourite song on his guitar. The night was graced with spectacular performances by the friends and family of the couple. However, the highlight of the night was a Ganesh-Vandana Bharatnatyam performance by the bride’s grandmother. 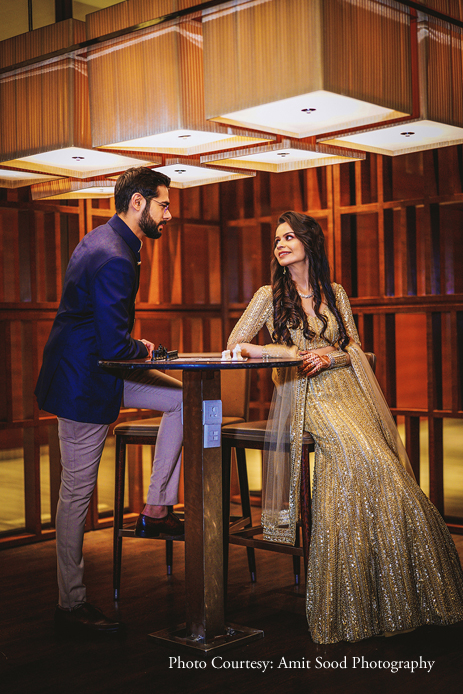 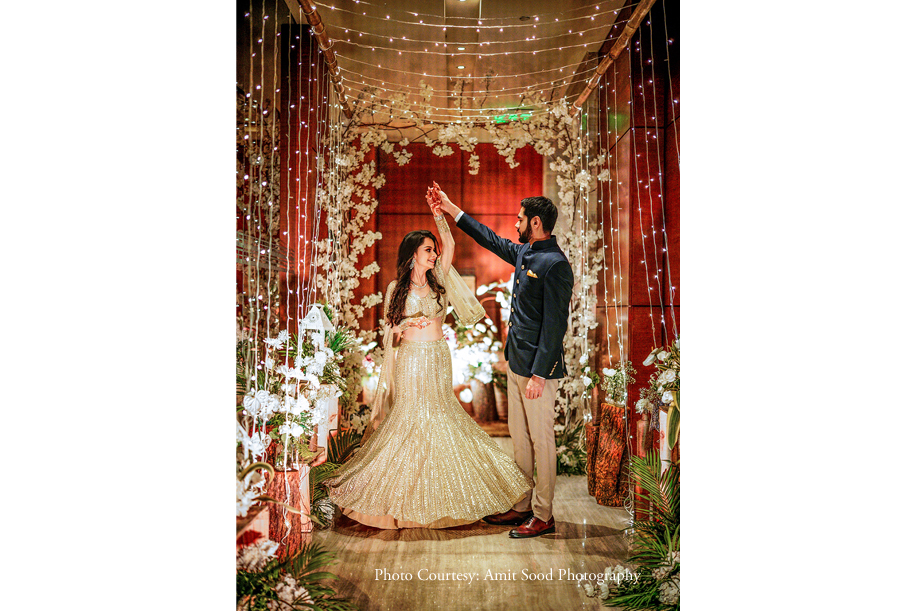 Wedding
The theme for Janhavi and Akshay’s wedding decor was ‘Pink Florals.’ With the decor done beautifully in shades of white and pink, the mandap was embellished with lovely matching flowers. The bride entered on the tunes of ‘Spitleaf by Zero,’ the same song that Akshay had first sung for her when he was fifteen. Reception
A formal reception was hosted at the Delhi Gymkhana Club. With a rustic elegant theme, the reception was a night of sophisticated celebrations as loved ones gathered to wish the couple a happily ever after. 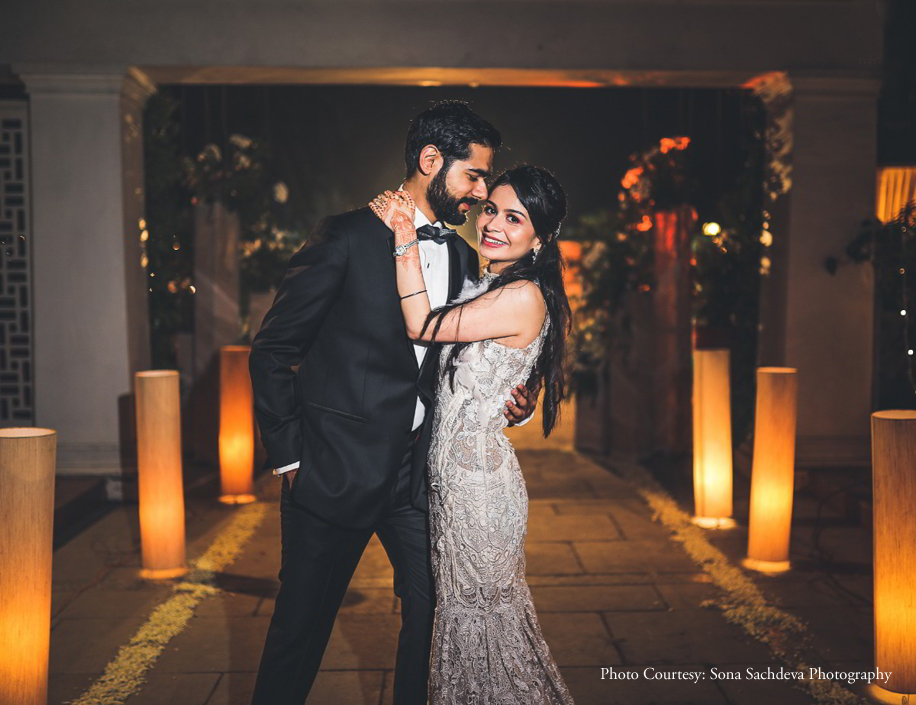