Japinder and Harpreet’s grand wedding was a marriage of opulence and enchantment.

When you know, you know. It took Japinder and Harpreet only one short year to decide to get married and spend the rest of their lives together. 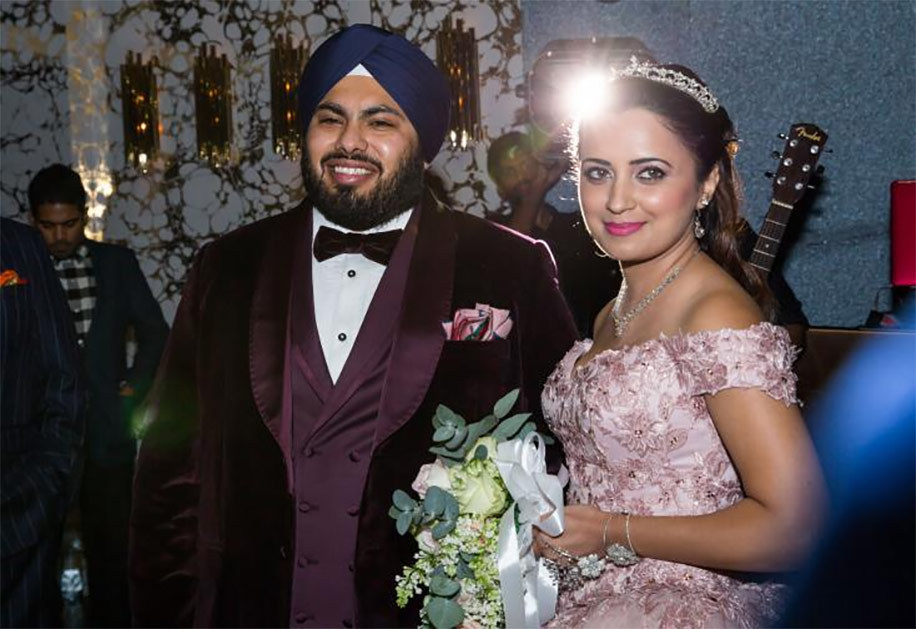 Here are the highlights of their lavish wedding in Dubai.

How We Met
It was Harpreet’s mother who played Cupid. After meeting Japinder and interacting with her, she realized this young woman would be the ideal match for her son. The duo was introduced in Chandigarh in November 2016 and it didn’t take long for Japinder too, to fall for Harpreet’s charm and personality. The connection was at multiple levels – professional attitudes, personal opinions, ethics and a shared outlook on life. Even their interests were complementary. There was nothing more to do than say ‘yes’ to the proposal.

Proposal
Harpreet’s proposal to Japinder was unique, to say the least. He asked her to marry him at Bangla Sahib Gurudwara in Delhi on a cold winter morning at 4 am! Japinder described the experience as serene. Amidst the sound of the morning prayers and spiritual hymns, she said yes.

Wedding Venue
When you have to pull off a wedding fit for royalty, the choice of venue is paramount. So the couple decided to host their wedding at not one, or two but three uber luxurious properties. The Palazzo Versace Dubai, the Burj Al Arab Jumeirah, and the Burj Khalifa welcomed their wedding guests and treated them to an extravagant hospitality. While the Burj Al Arab Jumeirah with its distinctive sail-shaped silhouette is a symbol of modern Dubai like the Burj Khalifa, Palazzo Versace Dubai is a Neoclassical masterpiece reminiscent of a 16th century Italian Palace complete with traces of Arabian architecture. 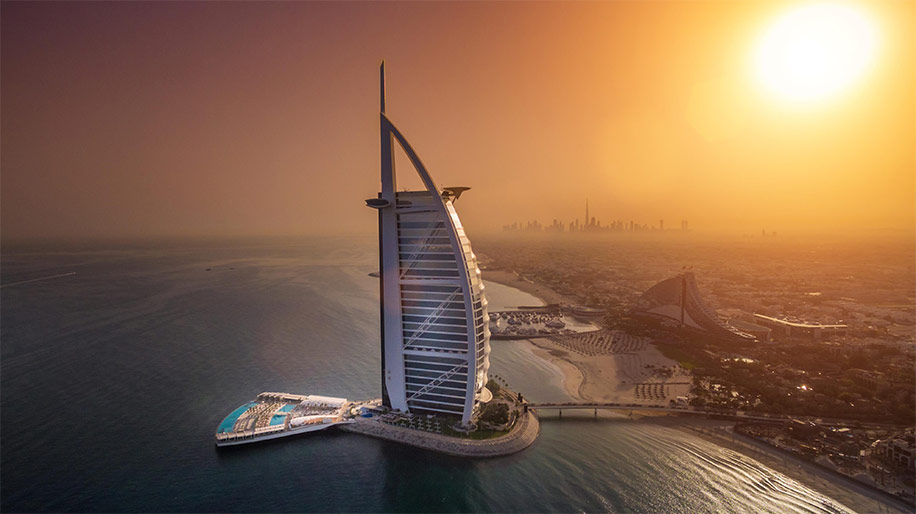 Prayers and Lunch
To commence the festivities, the couple hosted an ardas at the Jebel Ali gurudwara. This spiritual meet was followed by lunch at Atmosphere on the 122nd floor of the Burj Khalifa. Japinder looked lovely in an aqua green Faraz Manan creation which she paired with stunning jewellery that starred Colombian emeralds.

Roka
Their roka was celebrated at one of Dubai’s most iconic locations – the Burj Al Arab Jumeirah. Japinder wore a gorgeous pink princess ball gown that featured intricate embroidery and sparkling Swarovski crystals. The look was completed with a diamond-encrusted tiara, a solitaire set and bouquet of fresh flowers. Held at the hotel’s ‘Gold on 27’, the function saw prominent names in attendance such as Her Highness Shaikha Hend Al Qassemi, Ajay Kapoor (ex-T series director) and more. 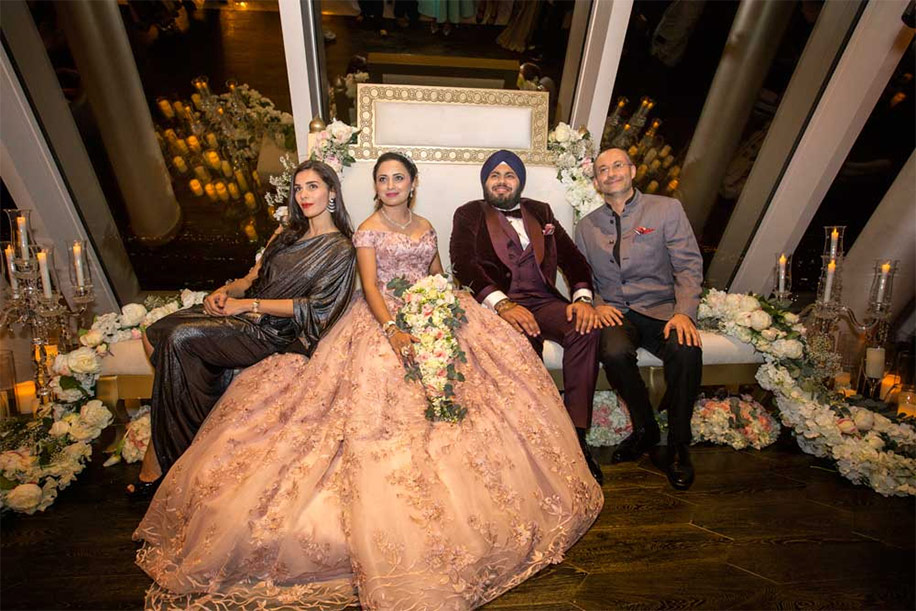 Mehndi
The mehndi was held in the day and Japinder opted for a bright yellow Rohit Bal lehenga. The shimmering skirt bore peacock motifs. The outfit was paired with a green dupatta covered in floral designs and trimmed with golden embroidery. 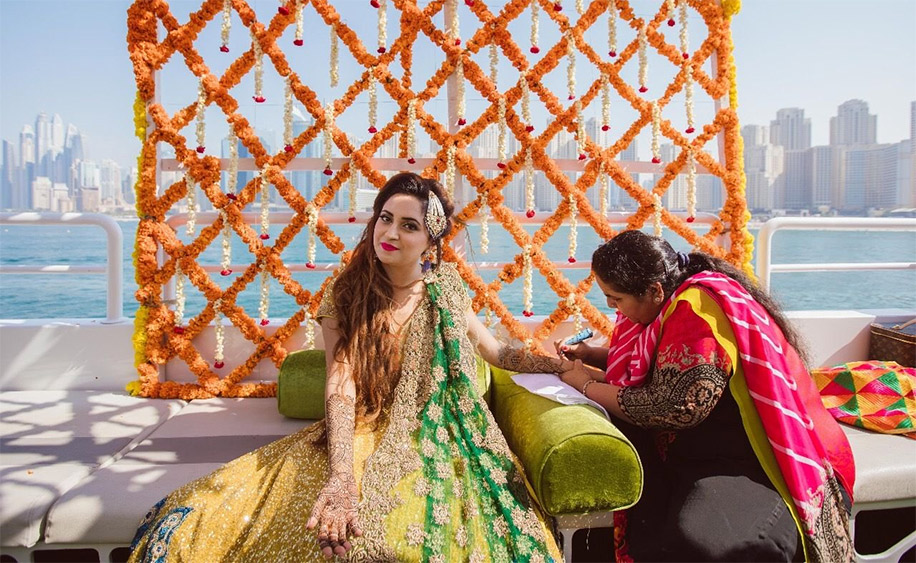 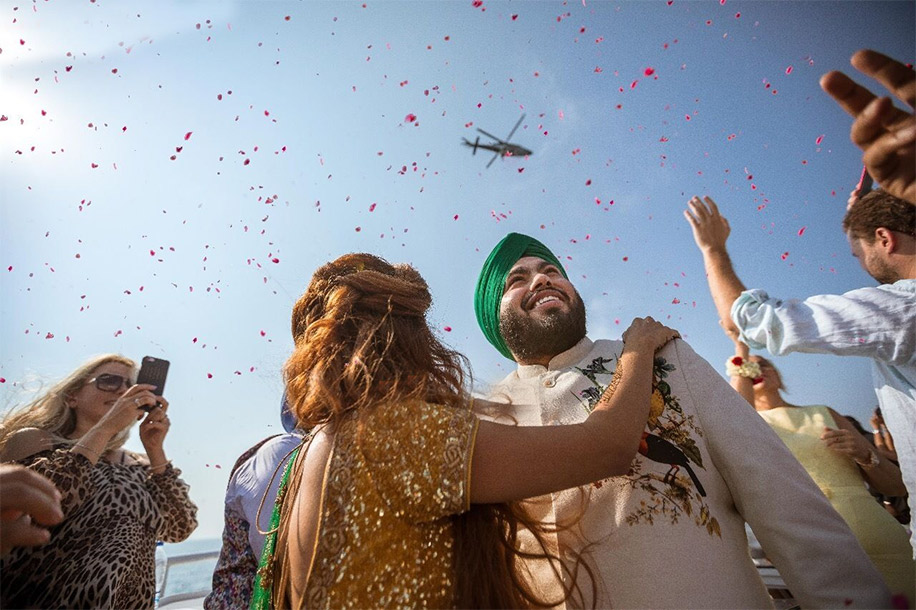 Engagement
For the ring ceremony, Japinder wore a white wedding gown with a voluminous skirt. Intricate embroidery and lace added to the allure of the dress and she finished her look with an updo completed with an exquisite hair ornament. 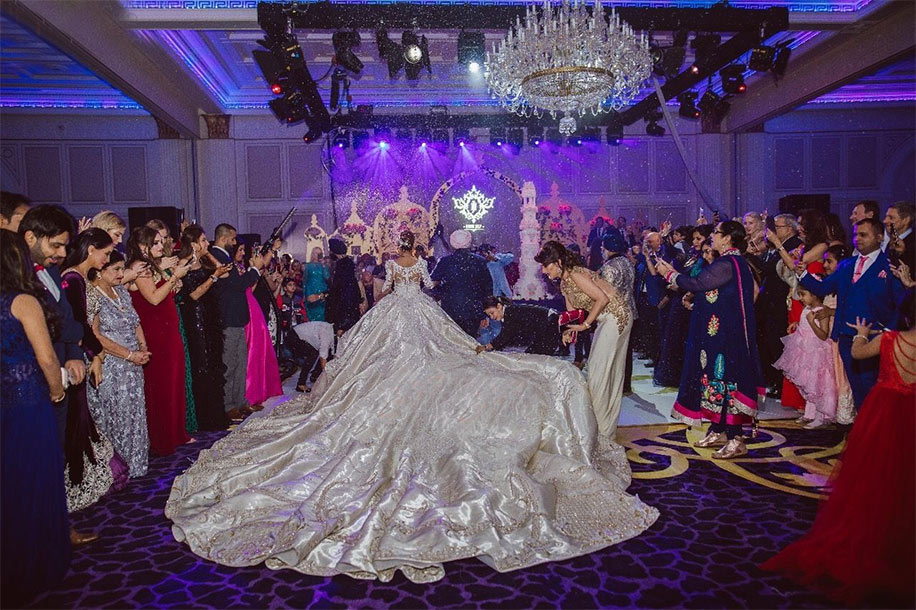 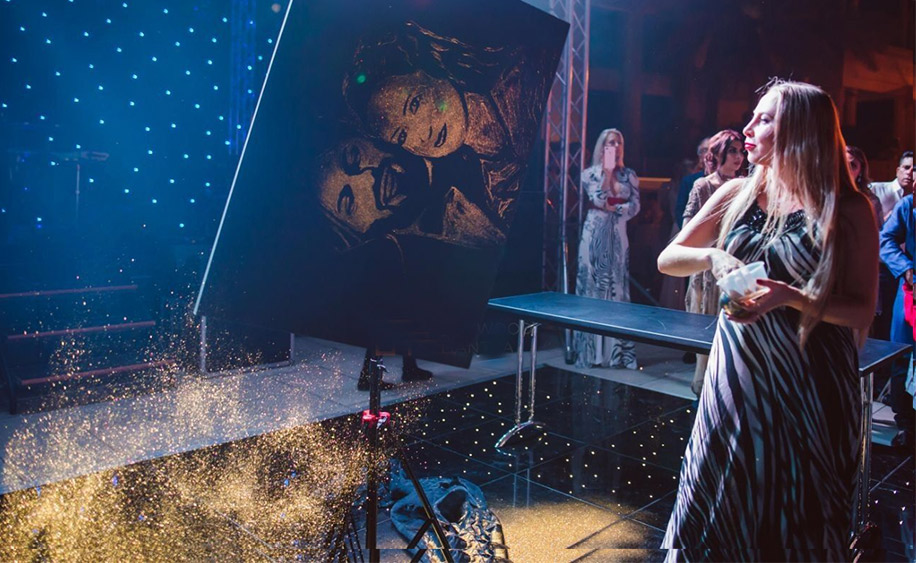 Wedding
Japinder picked an outfit by Dar Sara High Fashion that showcased different shades of pink for the wedding ceremony. The dress weighed 30 kgs, had a five-meter train and featured designs inspired by baroque architecture. 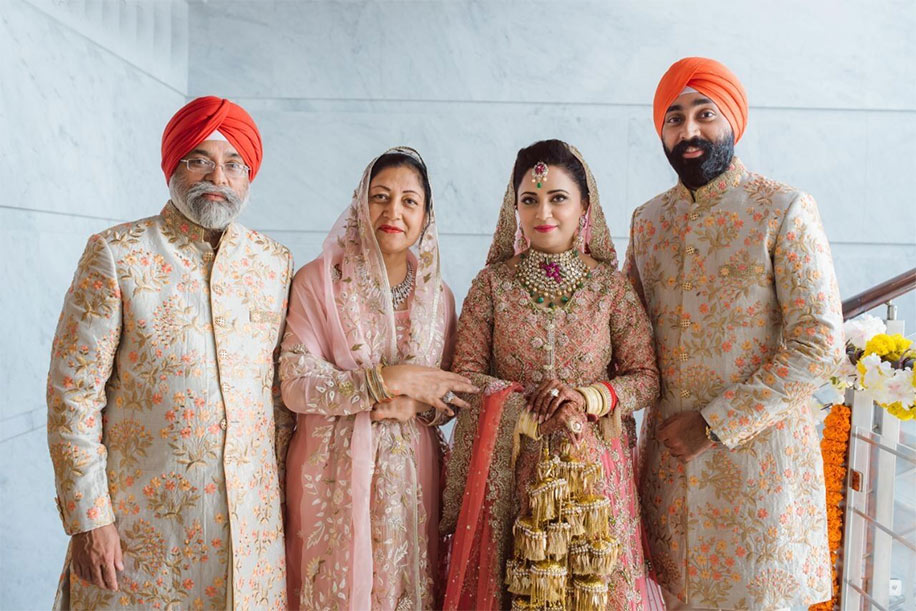 Reception
Manish Malhotra was the designer of choice for Japinder when it came to her reception lehenga. The rich color of the outfit was enhanced further by the patterns created using golden threads. With a 22-karat gold crown inlaid with diamonds, amethysts, and rubies on her head, the bride truly looked nothing less than a queen!