A glorious seven-year history is perfectly summed up in this quintessential beach wedding. 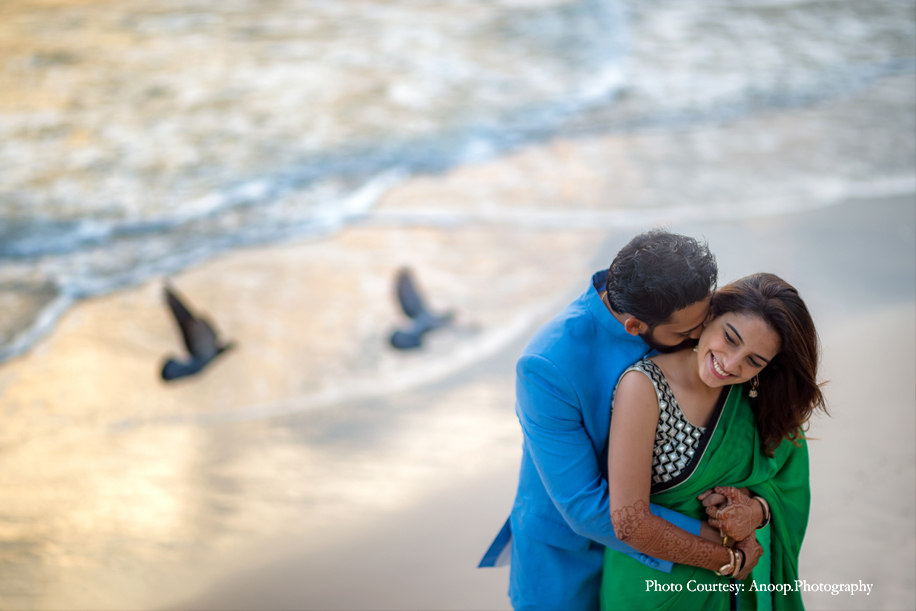 How They Met
Dentists by profession, Jhanvi and Karan first met in college but didn’t talk to each other until the former’s internship began. Recalling how it all began, Jhanvi says, “There was a group of people who had BBM (BlackBerry Messenger) in college and, through that, we started talking. On the very first day we interacted, we just clicked. It took us just 10 days to start dating! Seven years have passed and our relationship has just gotten better with time.” 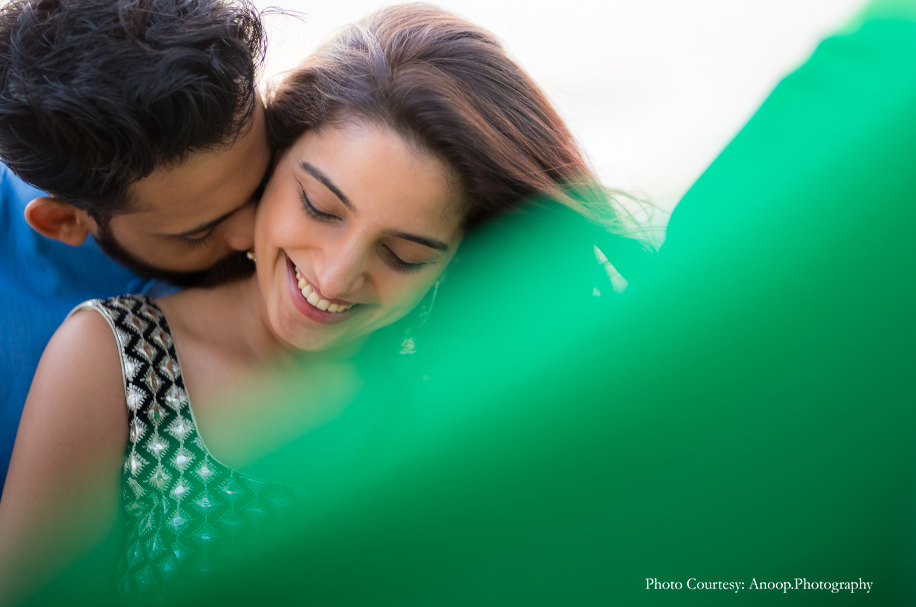 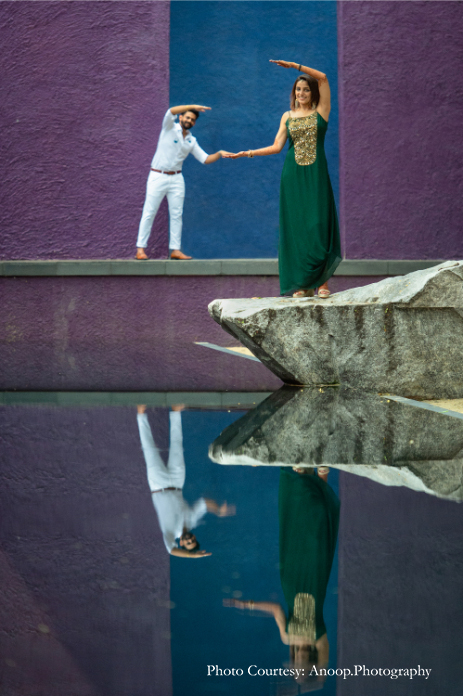 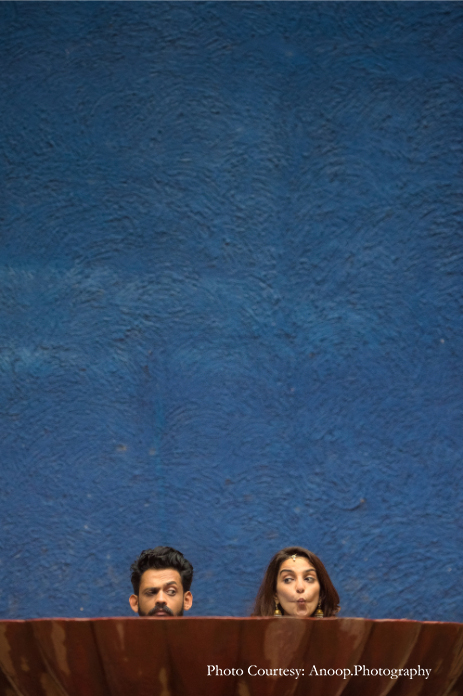 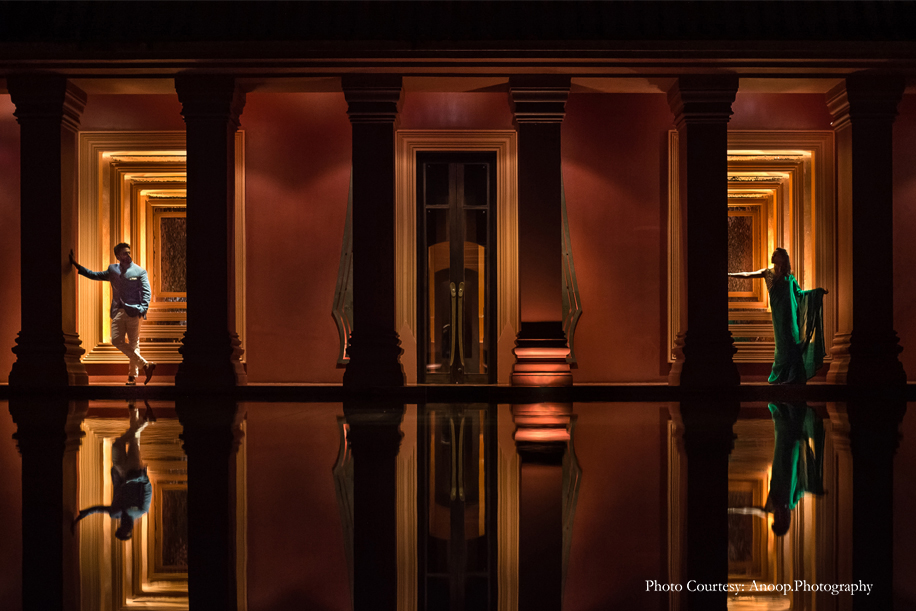 The Proposal
Jhanvi says, “He made the first move on the day we started dating. He went down on one knee and asked me out with a cute marble – it was the only thing he had in his bag at the time! Years later, when we were to get engaged, I was hoping he’d propose again before the wedding but I was prepared to pop the question on the day of our engagement if he didn’t. So, on stage at our engagement, I went for it. I had a poem that I read out in front of the crowd. It was to mark our 5th anniversary. After each paragraph, one of my sisters gave him a rose. At the end, I went down on one knee and proposed to him! He was surprised and then sang the song he had sung for me when he had asked me out all those years ago.”

Wedding Planning
Jhanvi and Karan’s wedding planning began a year in advance. The bride wanted a destination wedding. Although the groom’s family needed some convincing, she finally got everyone on board. 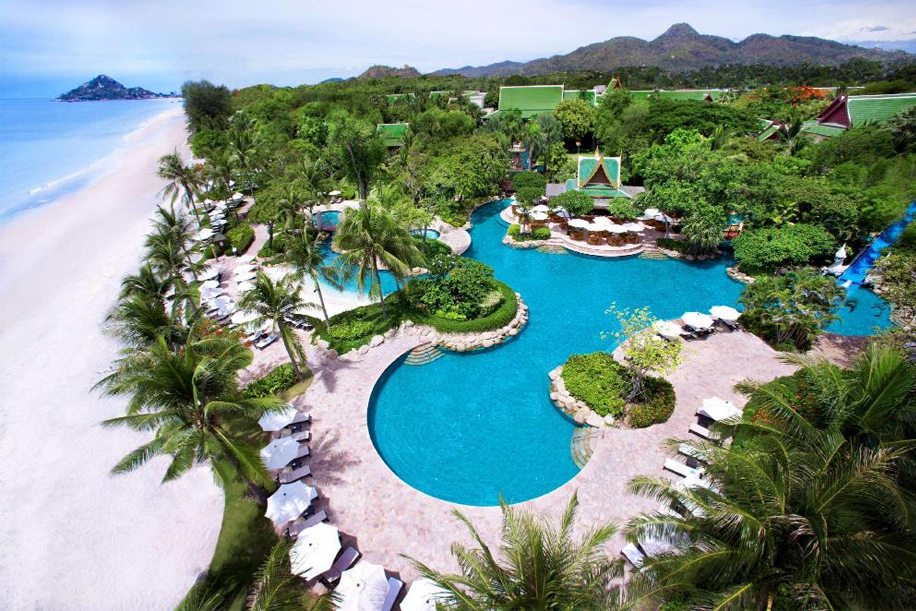 None of the locations they’d scouted in India matched their requirements. Jhanvi says, “There were options within our budget but it just wasn’t clicking.” After much deliberation, the bride and groom found their dream destination: Hua Hin, Thailand.

Cocktail Party
The wedding functions began on the 18th of November with a smashing cocktail party that was titled ‘Love Ratri’. The groom wore a sleek suit from Raisson D Etre by Govinda Mehta. The bride dazzled in a whimsical white gown by Hailey Paige, which she found and fell in love with in Vancouver. The evening was magical. The party kicked off with the couple performing a special choreographed dance that left all the guests impressed.

Haldi
The groom’s side hosted the haldi function at Karan’s ancestral farmhouse in his hometown, following all the traditional Maharashtrian rituals. The couple also had a joint haldi ceremony in Thailand, followed by a rain dance and foam party. The bride says, “The haldi and rain dance were the best functions. There was dancing and foam – some guests even went for a swim! Everyone was dancing, enjoying their drinks and having a great time with the games at the sundowner.” 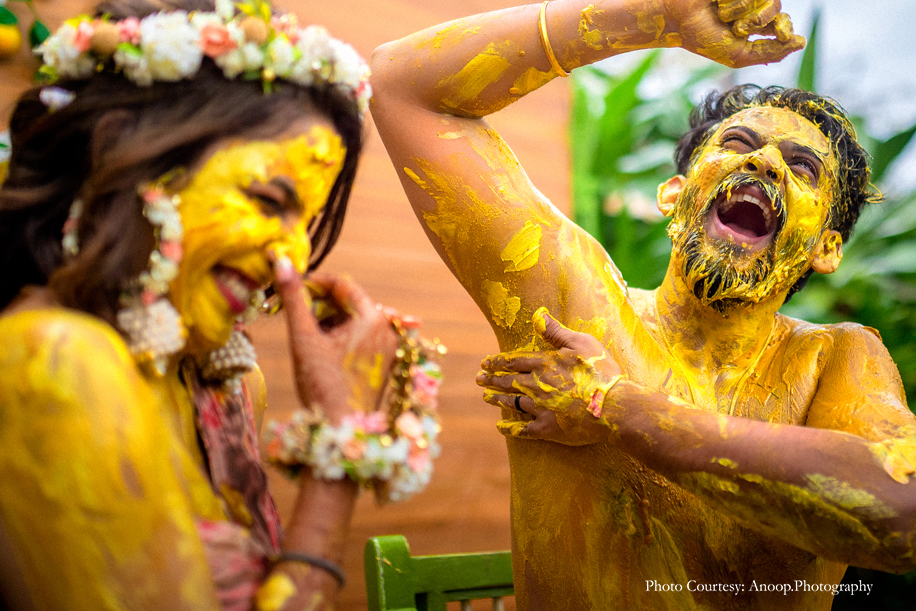 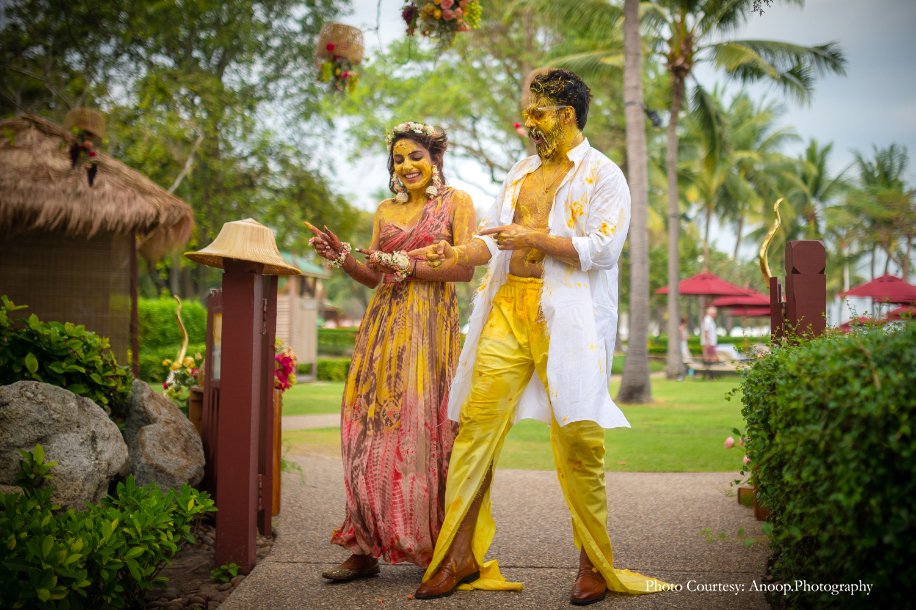 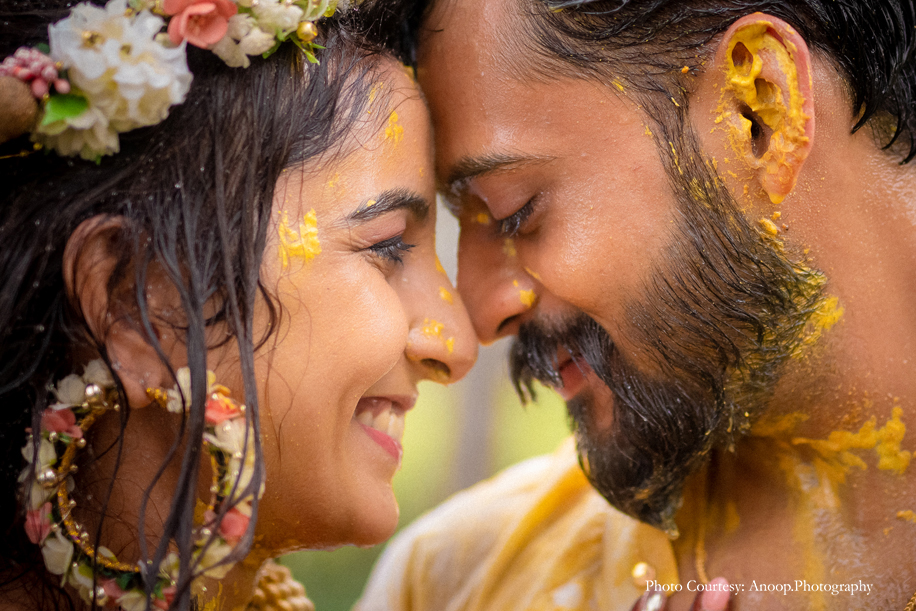 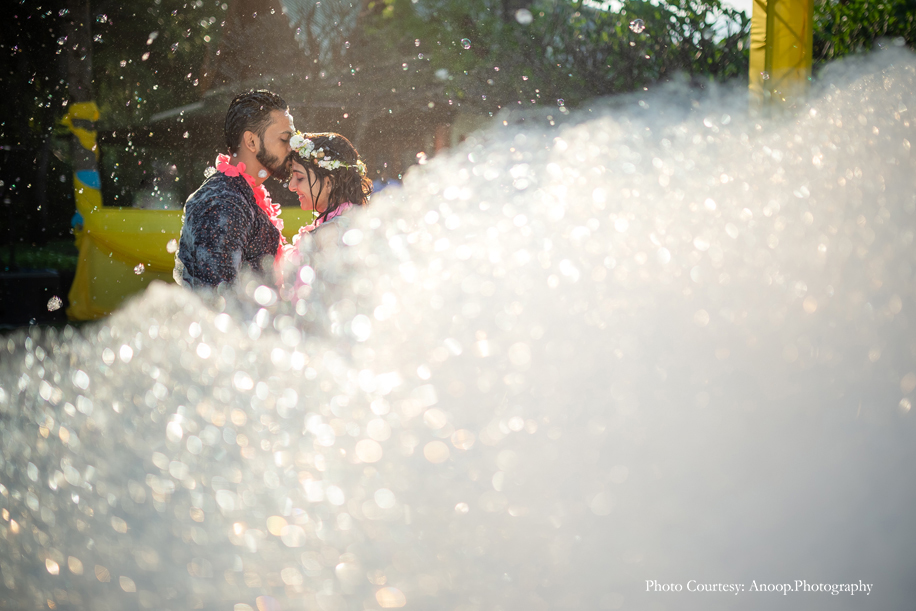 Sangeet
Jhanvi says, “After the haldi came the sangeet. We were all very tired but, of course, the joy and anticipation of performing the dances we’d been practicing took over. There were a total of 22 performances, including a special one from Karan’s parents. They performed a surprise dance for us using the poem I had written. It was all about how our relationship developed in those 5 years. They performed one song for each year and the last one ended with a blessing for us to stay happy and in love. That was the best performance.”

Mandva Pooja
The Mandva Pooja was a fun cultural exchange, where the women from the bride’s family dressed in Nauvari (9 yards) sarees while the men wore Gandhi Caps. The ladies on the groom’s side dressed in Gujarati bandhani sarees and the men wore Kedia (traditional Gujarati dance attire). The highlight was a surprise dance number performed by the bride and her bridesmaids in their Nauvaris.

Wedding
Jhanvi and Karan’s wedding was supposed to take place on the beachfront but, because of heavy rains a few hours prior, it was suggested that the mandap be moved to the ballroom. The bride, however, stood her ground and soon the sky cleared leaving the planners with only a couple of hours to set up the mandap outdoors. She says, “It turned out to be amazing. It was unreal.”

What ensued was an entertaining yet emotional affair. The couple revisited the special moments they’d experienced over the past few days through a wedding film by JC Studio. They revelled in the happiness and love that surrounded them. While they enjoyed cake and champagne, the wedding planners arranged a special surprise for them – they decorated the groom’s villa with candles, flowers, wine and adorable photos of the couple. 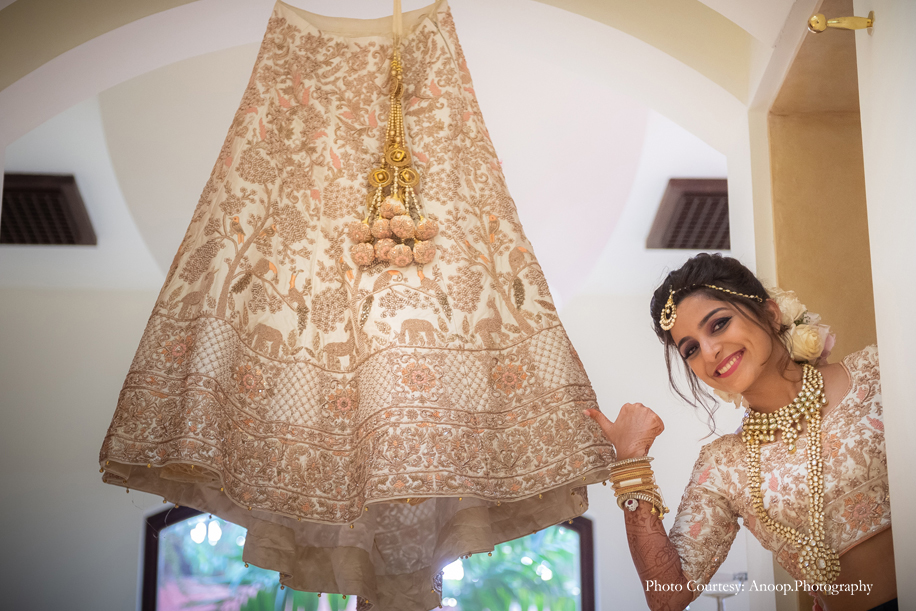 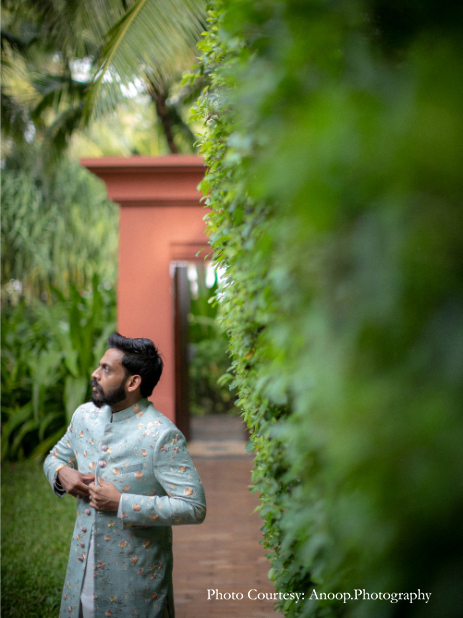 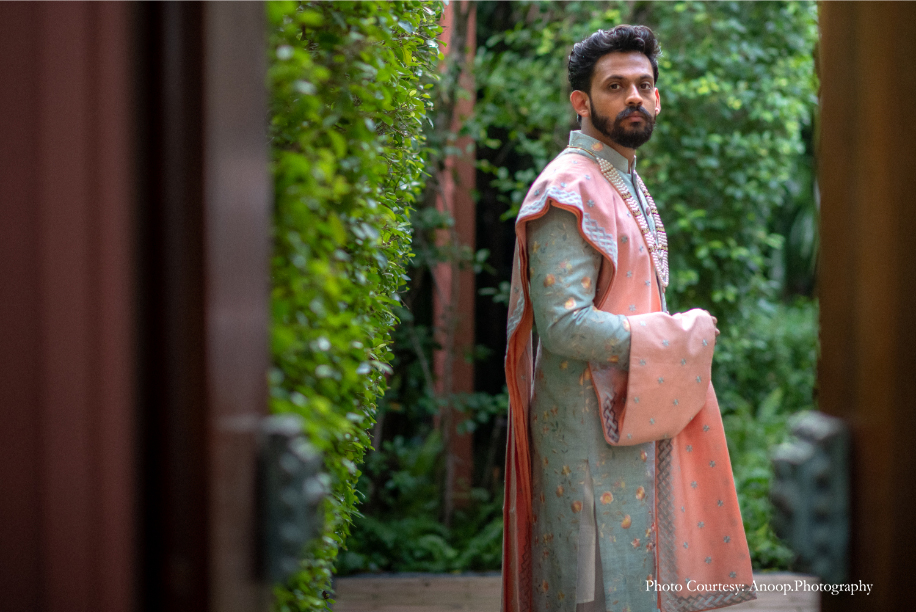 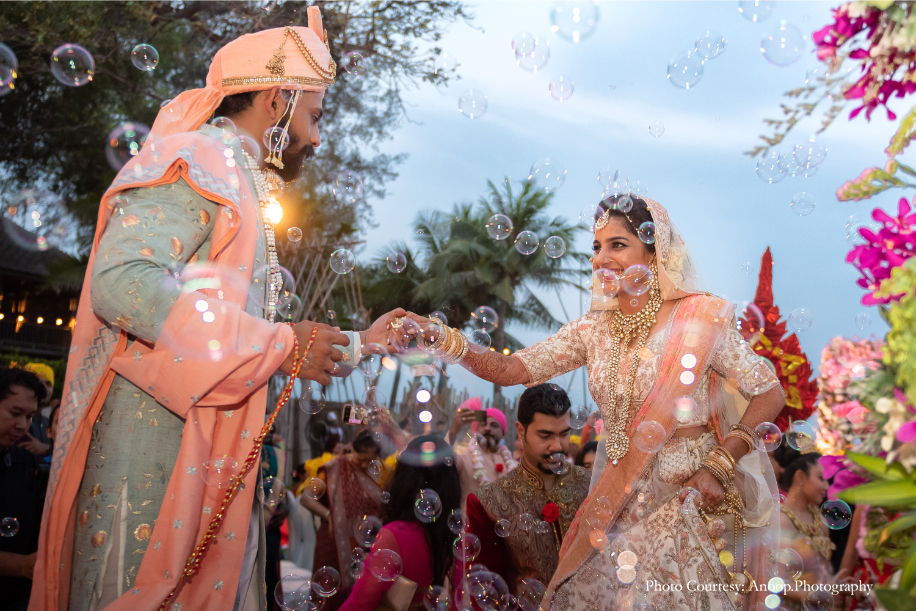 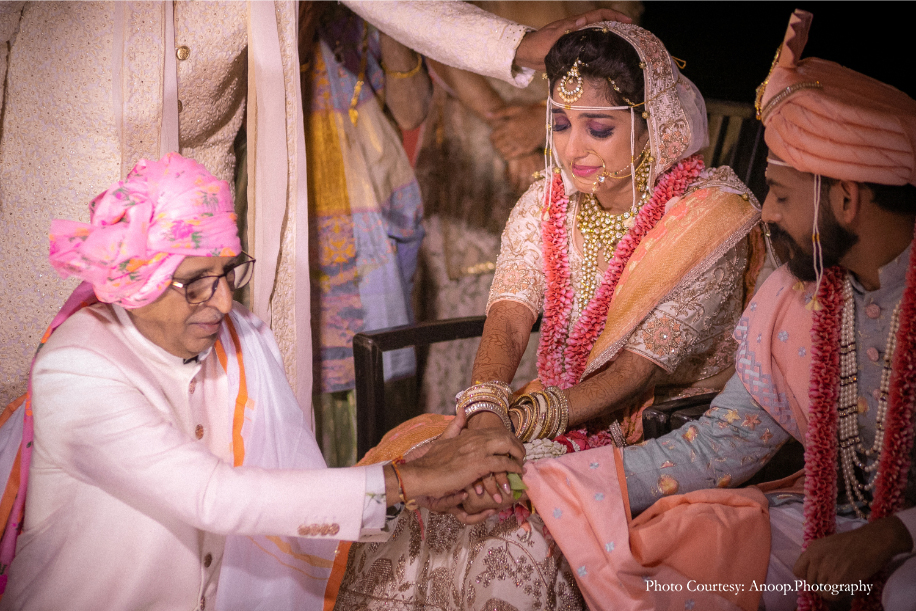 After Party
The after party was an extraordinary event with a unique dress code: Pyjamas. Friends and relatives dressed up in cute pyjamas while the couple twinned in customized night suits that read “Mr” and “Mrs”. The party went on until the wee hours of the morning as guests took to the dance floor in celebration of Jhanvi and Karan’s union. Reception
The newlyweds also hosted a reception in Mumbai and another in Karan’s hometown. The second reception opened with dhols playing and the couple dancing as they made their entrance at the venue. Jhanvi impressed her in-laws by donning a Gujarati saree and mangalsutra. The festivities at the reception were followed by a campfire night, with the couple’s close friends and relatives reminiscing about the fun-filled fiesta that was their wedding. As the night came to a close, the couple thanked everyone who had put in efforts to make their wedding such a success.