Nikita and Aditya at MCA Club and Taj Santacruz, Mumbai

Bride Nikita says destiny played a role in her romance to Aditya. She shares details of her love story and wedding celebrations at Taj Santacruz and MCA Club, Mumbai

Our series Featured Weddings brings you wonderful moments from weddings held at the finest venues across different cities. Here, bride Nikita shares memories of how she met Aditya, how he proposed and their marriage celebrations in Mumbai. 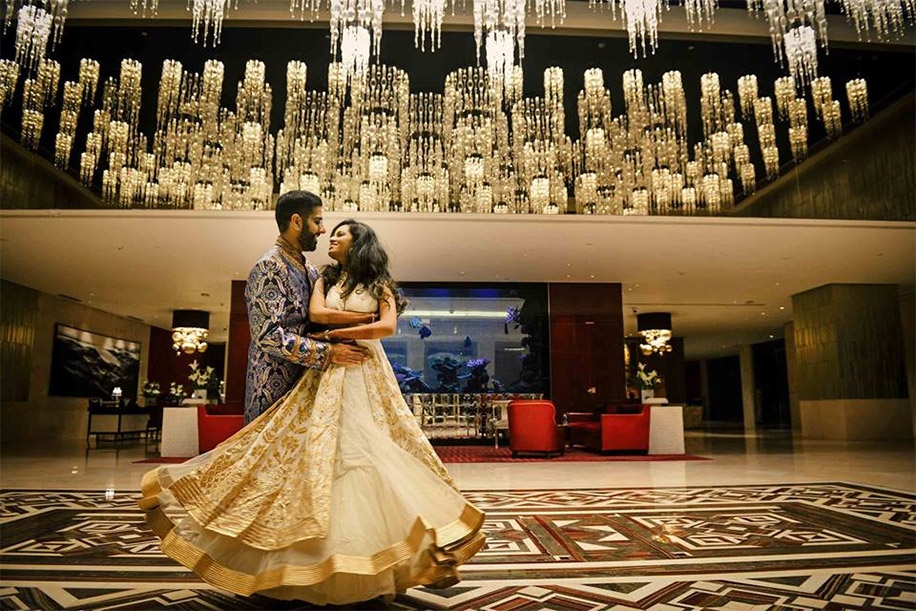 How we met
It was destiny! I would never believe in it, but now I do. When we were children, Aditya and I were introduced to each other through mutual friends. Aditya stays in London, and I was in Mumbai back then. We added each other on social media channels but remained just acquaintances. 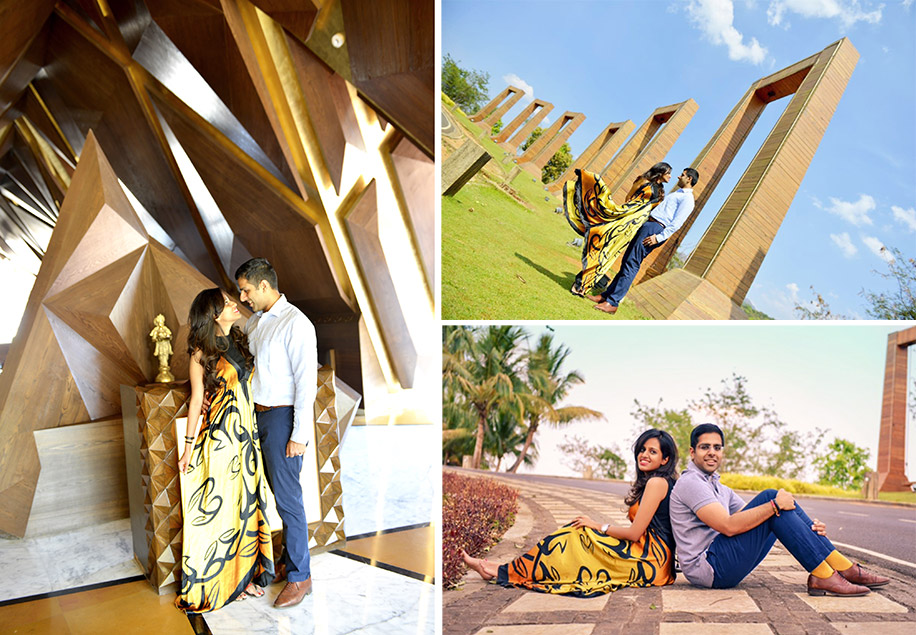 However, our love story is similar to the famous ‘Dilwale Dulhania Le Jayenge’ film. When I visited London with a group of friends, he came to the hotel to visit me. That was the first time we ever met but it felt like we had known each other since ages. There was a strong spark of chemistry between us and both of us felt it. Despite not knowing any of my friends he waited patiently for hours just to talk to me.

So like the movie, we met in London, and the next day I left for Paris, via the same train shown in the movie – Euro Rail. We stayed in touch with each other and our love grew fonder over long conversations on the phone. We realized how fond we were of each other only after we were separate for a week. The day I got back to London, we started dating.

Wedding Proposal
Aditya decided to surprise me when it came to the wedding proposal. He took me out on a date on the pretext that we were going to see his friend. When they did not arrive he said that they had canceled on us. So he took me out on a walk by the river. Not many people know that he is very shy. He found the darkest corner by the river so that no one could see us. He said that he needed to tie his shoelaces and popped the question with a ring. It was the best day of my life. It is said that destiny decides who enters your life but the heart decides who stays in it. For me, both were equally instrumental. 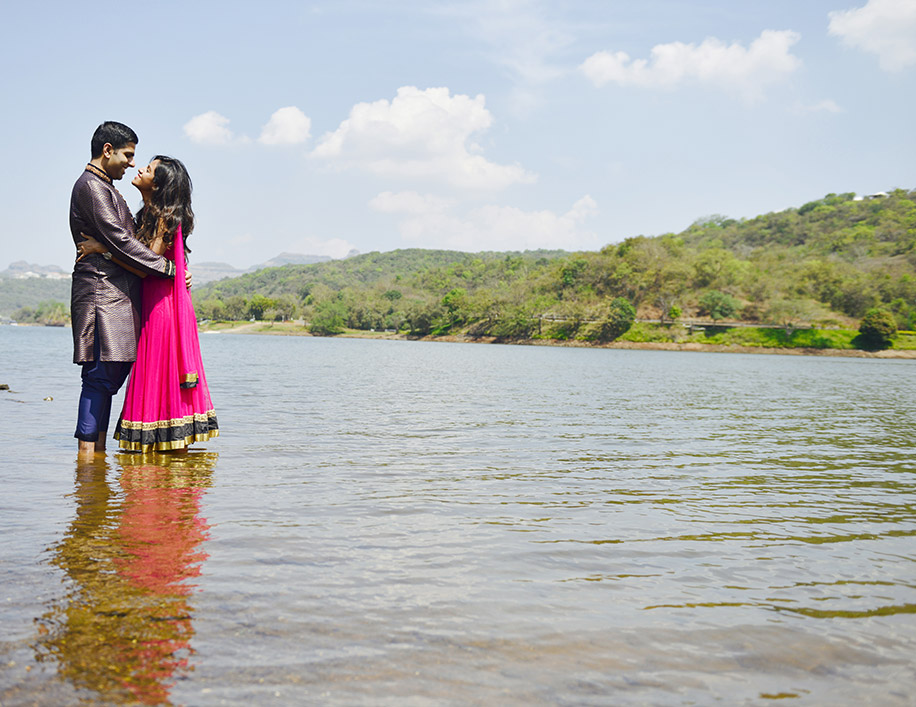 Wedding Functions
We had a white wedding in London on 10 July 2016, followed by an Indian wedding in Mumbai on 14 December 2016. In India, we had three functions – the Mehndi, Cocktail and Wedding. 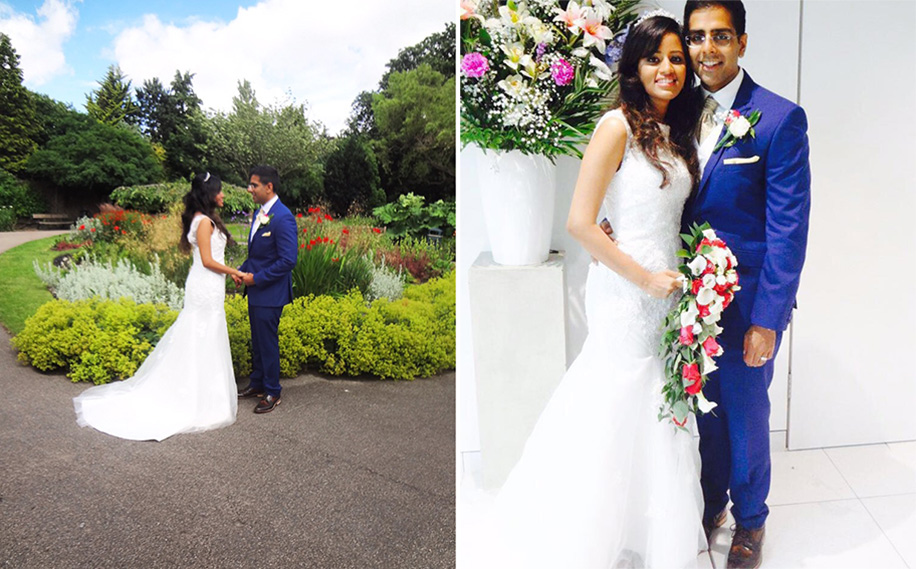 Mehndi
The Mehndi ceremony was held at Sunville Banquets in Worli. I wore a beautiful lime yellow color lehenga by Astha Narang, and floral jewellery. My makeup was done by the team at Jean Claude Biguine India. The event saw guests taking home charming wedding favors like purses and bangles. 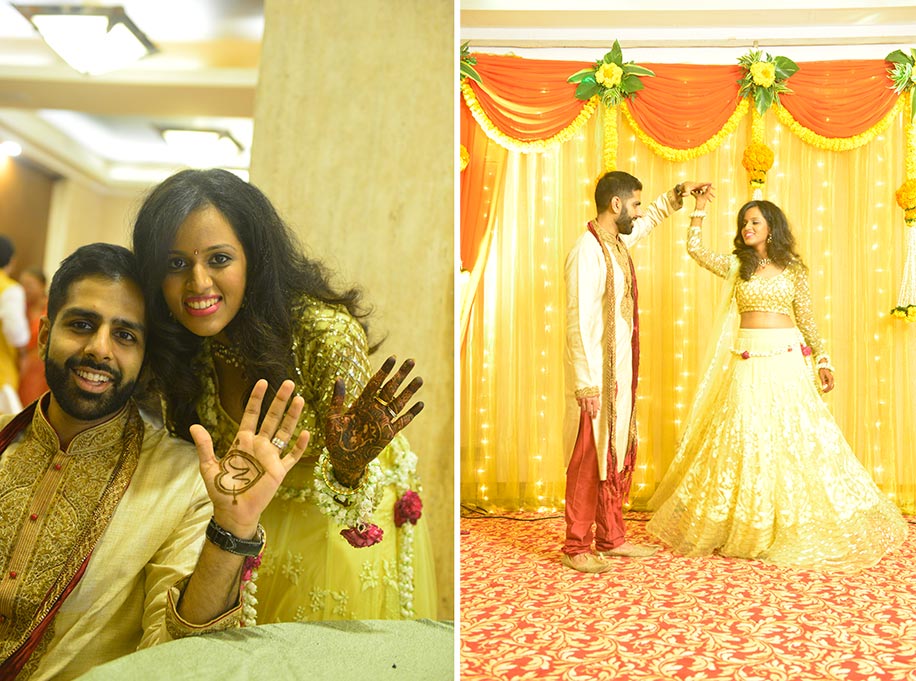 Sangeet-Cocktail
The Sangeet-cum-Cocktail event was held the next day at Taj Santacruz. I wore a white lehenga from Asopalav in Ahmedabad. My mother played a major part in my outfit selections for all the functions. Aditya wore a blue sherwani for the ceremony. 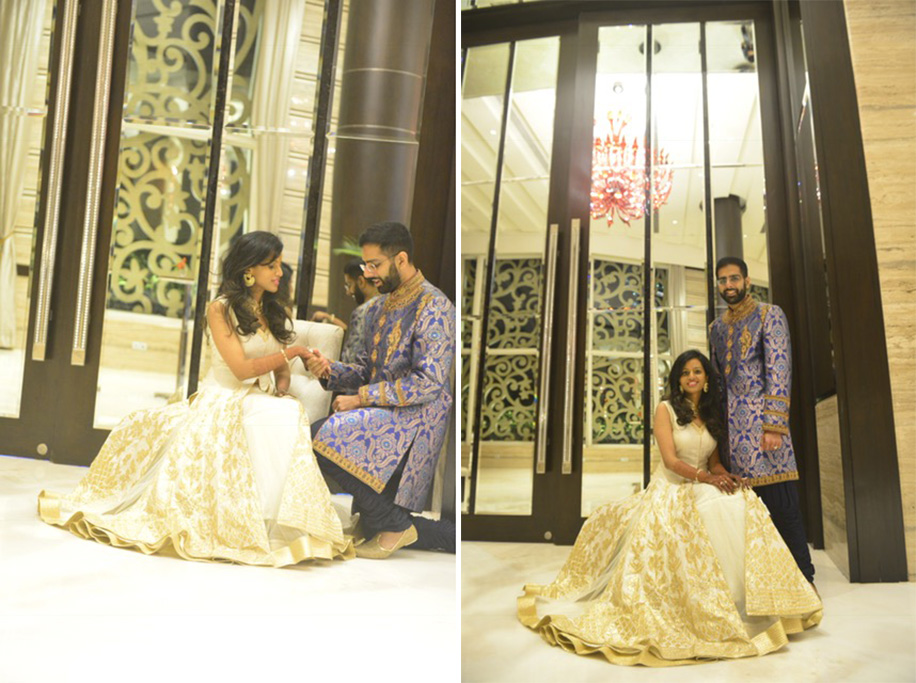 Wedding and Reception
The wedding and reception were held at the MCA club in Bandra-Kurla Complex. I wore a beautiful red lehenga with intricate motifs from Aza Fashions while Aditya wore a maroon sherwani. My hair and makeup for the ceremony were done by ace makeup artists, Bharat and Dorris Godambe. 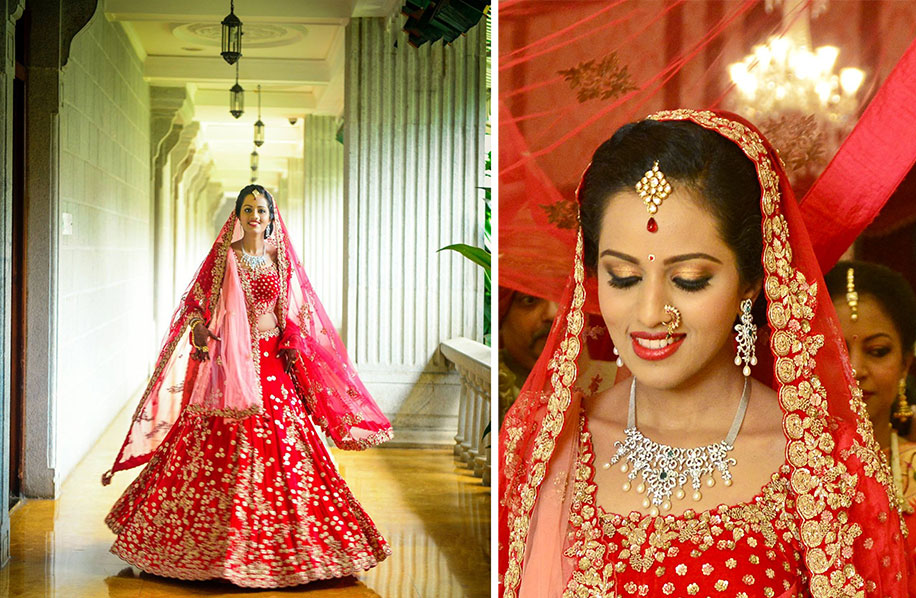 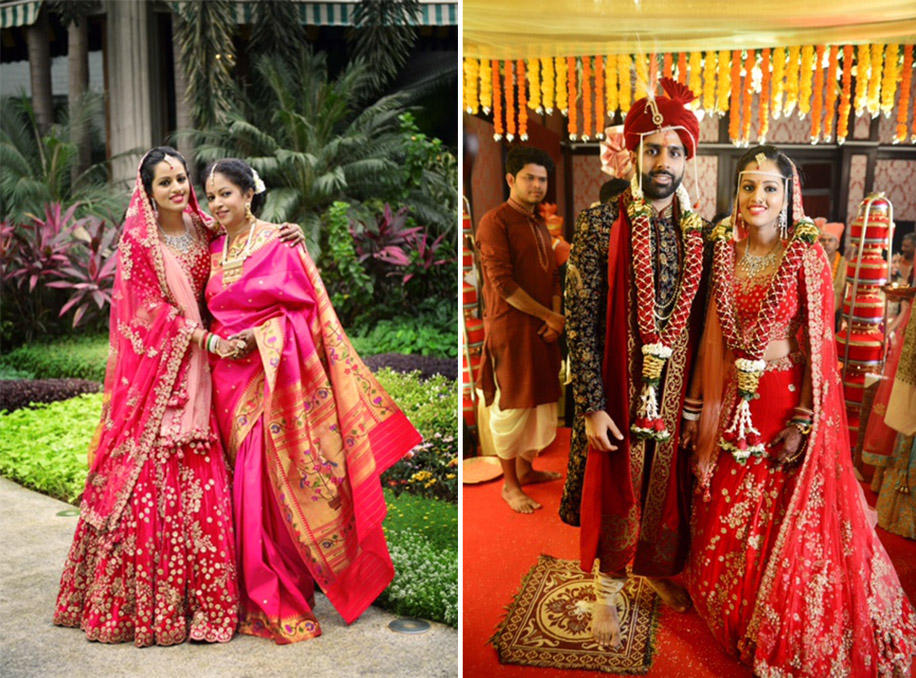